Located west of downtown Phoenix, Pioneer and Military Memorial Park was established in 1988 to preserve seven historic cemeteries that date back to the late 19th century. Several notable local and state politicians and businessmen are interred here. It is estimated that 3,700 people are buried here but only around 600 headstones remain. Interestingly, archaeological excavations have revealed that the park was once the site of a pre-Columbian Hohokam village abandoned sometime between 350 to 850 A.D. Also at the park is the restored Smurthwaite House, named after one of the families who owned it. Built in 1897, it was restored then moved here in 1994. It is an excellent example of Shingle Style architecture and the only one left in the city. It houses the park's office and also serves as a repository for research. Both the park and the house are listed on the National Register of Historic Places, in 2007 and 2001, respectively.

The entrance to the park, which was created in 1988. 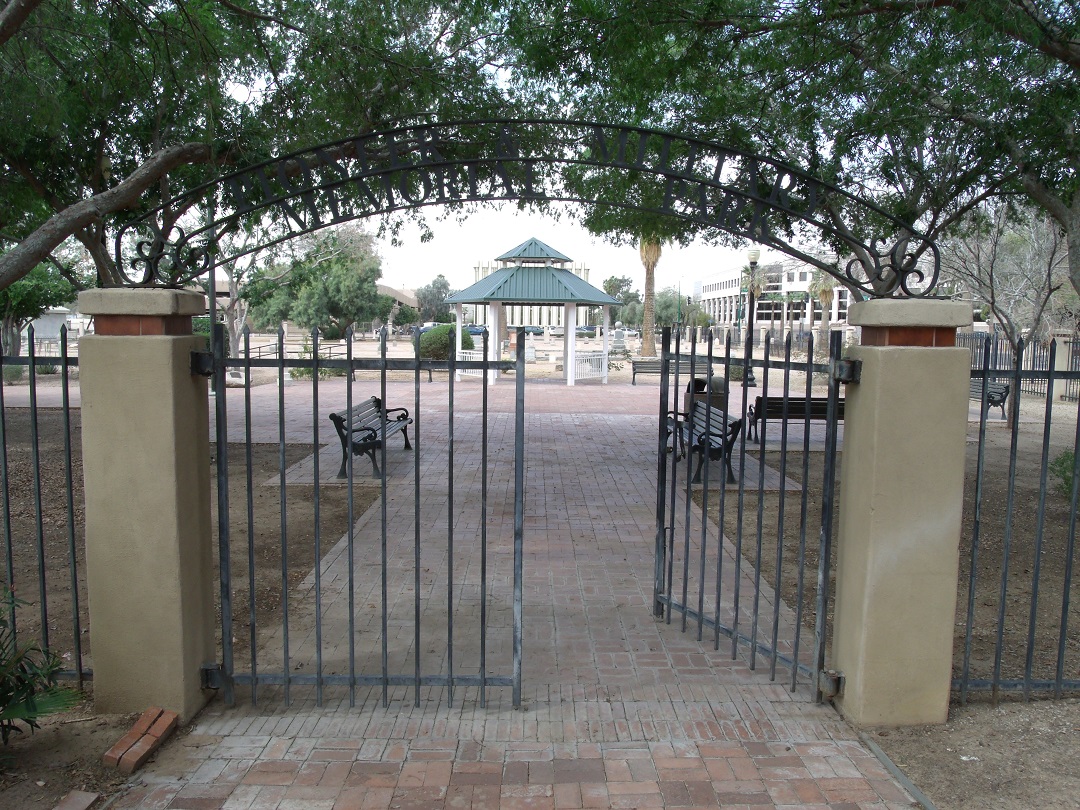 The Smurthwaite House was built in 1897 and is the sole example of Shingle Style architecture in the city. 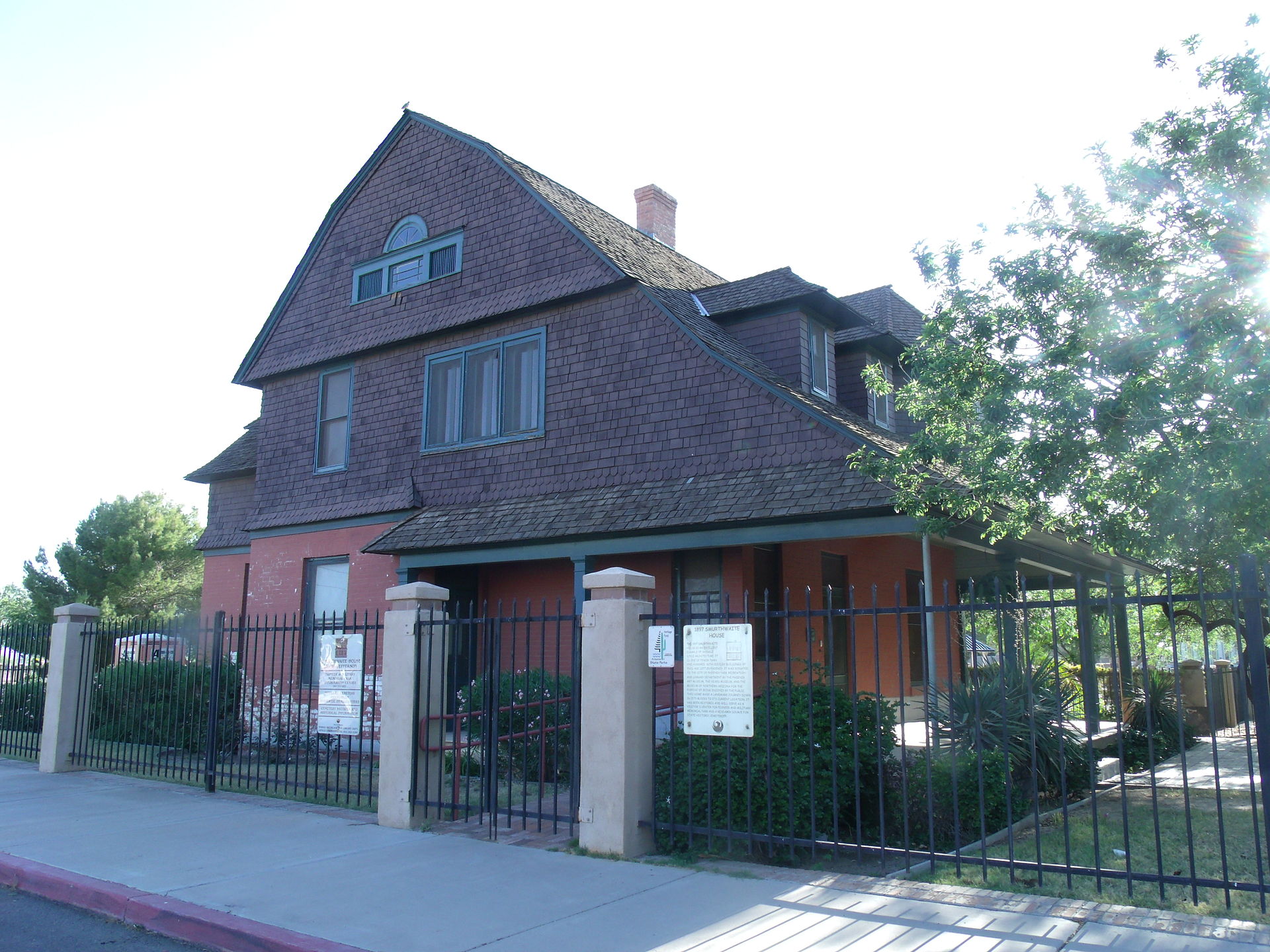 Another cemetery had already been established by the early 1880s, but as the town began to grow, residents wanted it to be outside city limits and also away from the recently constructed train station. They thought the cemetery would be an unwelcome sight for visitors upon their arrival. The city agreed and established the present location for the cemetery and called it "Block 32" in 1884. In 1914 the city ended the use of the cemetery and it fell into disrepair. The Pioneer's Cemetery Association was founded in 1938 to help preserve the cemetery but it disbanded during World War II. It was not revived again until 1983.

Loretta was born 1875 in Nevada. Her father, a career military man, moved the family continuously in California from one military post to another. Loretta moved to Phoenix and attended Tempe Normal School (ASU) and became a teacher. She married Samuel McDonald in 1900. Loretta developed tuberculosis and died May 12, 1902.

Martha was born 1829 in Ohio. She married in 1851 and lived in Iowa for many years. By the age of 60 she was a widow, suffering from tuberculosis. Like many others during that time, she moved to Phoenix. The warm climate was more beneficial in the treatment of TB. Martha however drowned on August 9, 1902 in a bathtub. Her estate valued at $3300 was left to Lincoln University in Illinois. 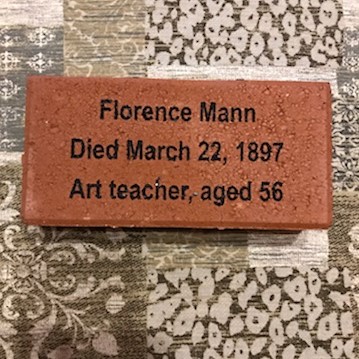 Florence, as she was known, was born 1841 in New York. She attended Oswego Normal School and became a teacher in 1867. Florence taught in Indiana and by 1890 was in Phoenix. She was appointed Principal of the West End School where she implemented night school for students. She retired in 1894, but continued to teach at night. On March 22, 1897 she was on her way to meet students when she suffered a cerebral hemorrhage and died. Florence's burial location in City Loosley Cemetery is unknown. In 2020, Pioneers' Cemetery Association created a cenotaph garden where a brick will be placed in her memory.

Anne graduated from Washington University with a teaching degree in 1887 at the age of 22. She came to Arizona where she taught in Bisbee, Tombstone and Phoenix. She was the principal of Old Central School in Phoenix by 1892. Anne became fluent in Spanish and this skill would benefit her when she went to Puerto Rico in 1909 to teach. Anne would eventually work in New York as a translator. In 1930 Anne was in a sanitarium in Connecticut. She died from unknown causes May 23, 1932. Her cremains were returned to Phoenix for burial in the family plot.

Mary was born 1878 in Arizona. Her parents owned a ranch along the Agua Fria in an area now known as Perry Mesa. Mary along with her sisters attended Tempe Normal School (ASU) where she became a teacher. She met and married Joseph Bassett. The couple had a son and a month later married died from childbirth complications on February 4, 1903. 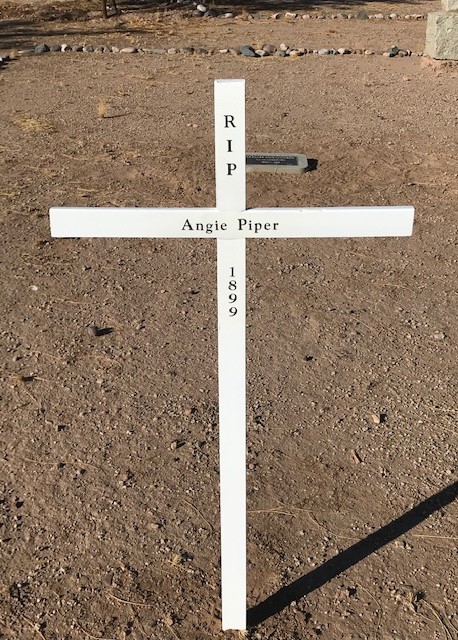 Angie was born 1876 in Kansas. Angie attended Oswego College for young ladies in 1893 and earned a teaching certificate. She joined the Royal Neighbors Society, an auxiliary of the Modern Woodmen of America. The association provided insurance for women, which was not an option normally available to them. Angie's health began to decline and she moved to Arizona. She contracted typhoid and died on December 30, 1899. 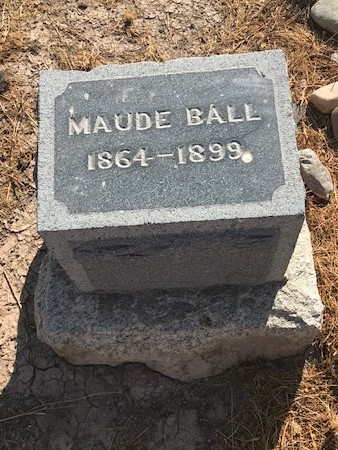 Maude was born 1864 in Michigan. She received her teaching certificate in 1882. In 1889 Maude was the Principal of Michigan State University. Maude developed tubercular laryngitis and came to Arizona in hopes of recovering. However on December 26, 1899 she succumbed to the disease.

The story of Jacob Waltz, The Lost Dutchman and his gold mine, has become a mystery of which movies, TV shows and books have been written since his death in 1891. All trying to answer the question "Where is Jacob's gold mine in the Superstition Mountains?" The lure to find his gold has brought people from all over to come and search for the mine. Some of those adventurers have become lost, died or never found. When Jacob died, he was buried in an unmarked grave in City Loosley cemetery. His now marked grave is visited frequently with many an admirer leaving several coins behind. Jacob would no doubt be pleased.

Smurthwaite House and the cemeteries in the Pioneer & Military Memorial Park are open to the public every Thursday, on the fourth Saturday of the month between September and May, and for special events on other days throughout the year.