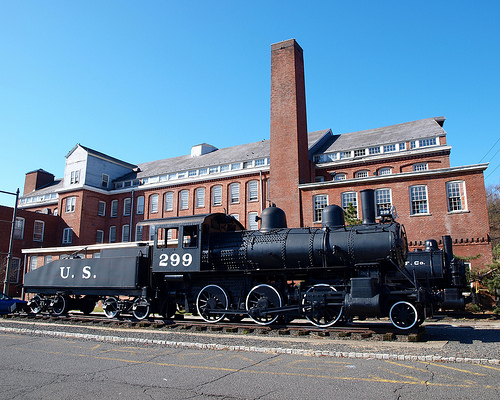 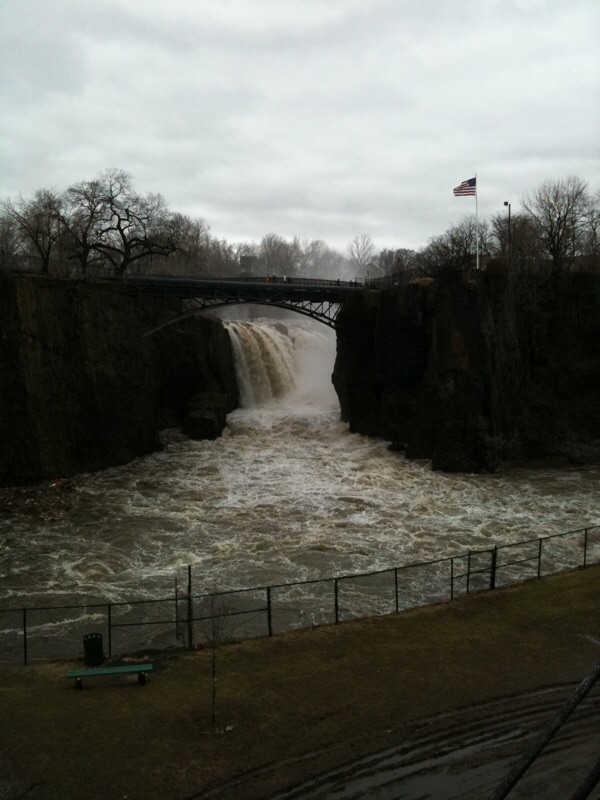 Great Falls National Historic Park is a 118 acre historic site located 12 miles from New York City. Paterson's location next to one of the largest waterfalls in the US led to industrial development in this area, especially prior to the age of steam-powered machinery when mills and factories relied upon moving water. Visitors to this National Historic Park can see the remnants of mills from the 18th and 19th centuries and learn about the history of industry and labor in this part of New Jersey. The park also tells the history of Paterson, established in 1791 as America's first planned city.

This three-story brick building at 6 Mill Street was constructed in the mid-1870s as a warehouse for the textile mill R & H Adams, which was located on the west side of Mill Street. Robert and Henry Adams manufactured mosquito netting at the mill, and they stored the netting in the building at 6 Mill Street. The building later housed the Argus Yarn Mill starting in the 1940s. The interior of the building collapsed and had to be gutted before being restored in 2012. In 2020, plans were being made for the vacant building to be renovated again and turned into affordable housing and office space. Argus Mill was added to the existing National Register historic district for Great Falls of Paterson/Society for Establishing Useful Manufactures (SUM) in 1986, which already included the former mills across Mill Street. It also is listed in the City of Paterson Register of Historic Places. 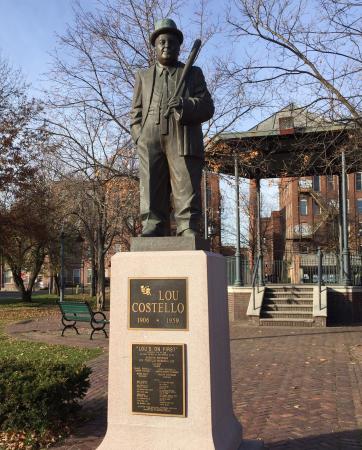 This historic structure was built to mark the city's centennial in 1896. The limestone building features the Beaux Arts style of architecture and the design of the clock tower was inspired by the city hall of Lyon in France, the center of the silk industry in Europe. A statue by the front entrance honors Garret Augustus Hobart (1844-1899), a local politician and the 24th Vice President under William McKinley from 1897 to 1899. The bronze statue was ready in 1902 but was not installed until 1904 owing to a 1902 fire that required significant reconstruction of the building's interior. The Paterson City Hall was listed in the National Register of Historic Places in 1995 and still serves as the seat of city government.

10. Cathedral of St. John the Baptist