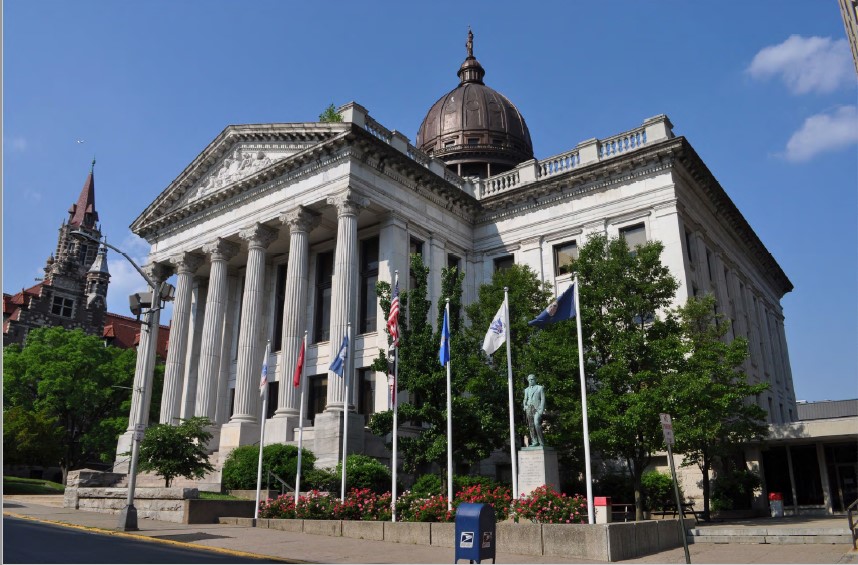 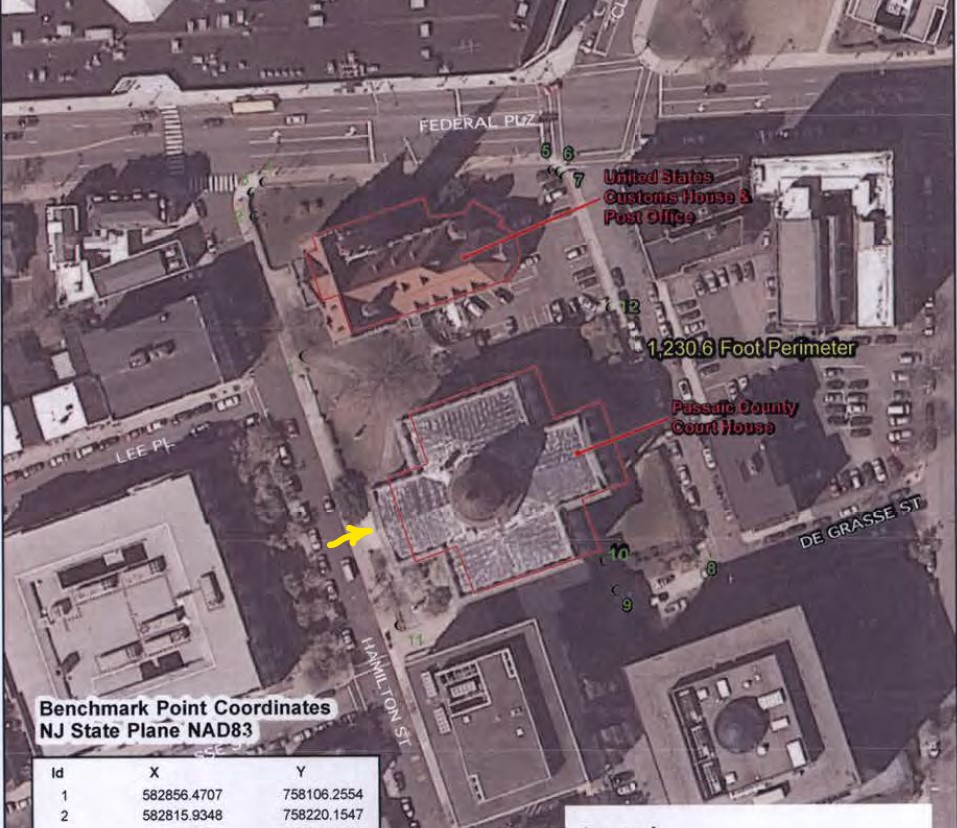 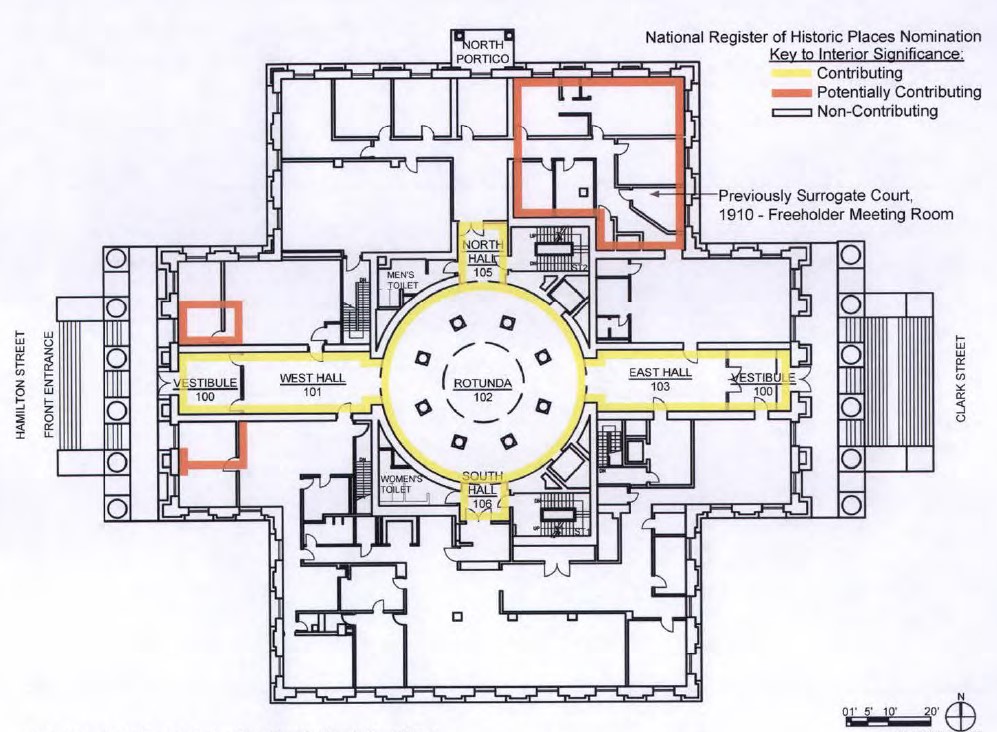 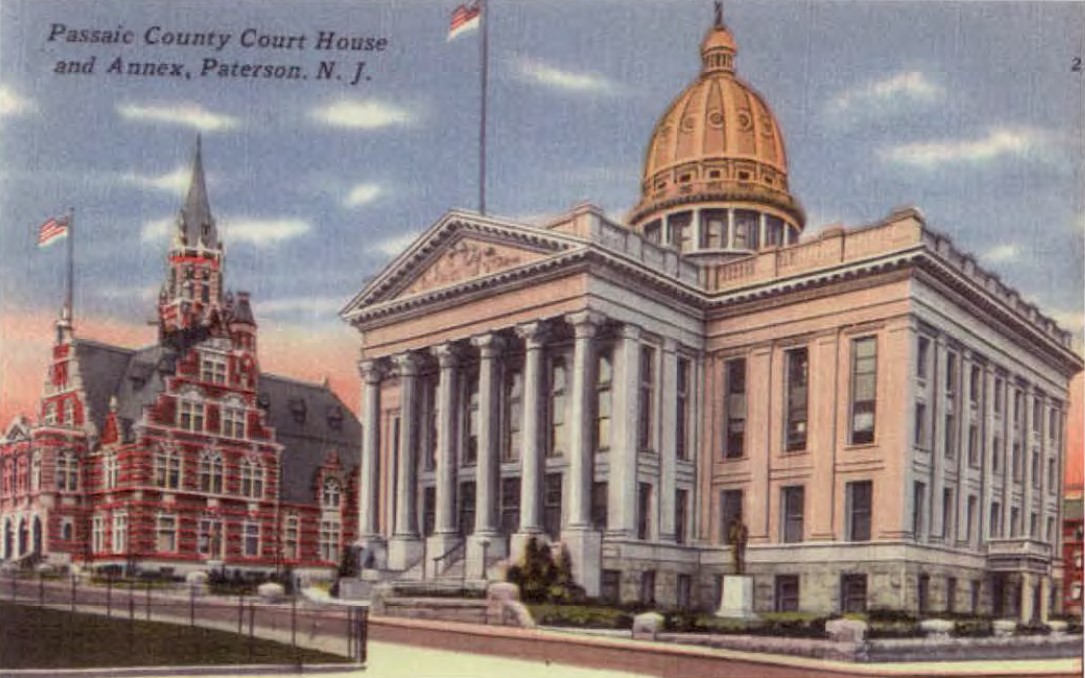 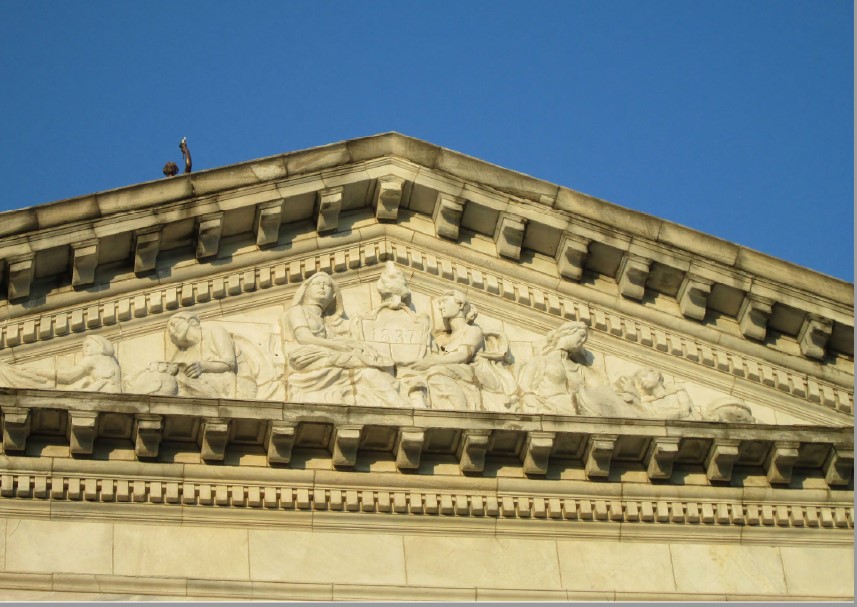 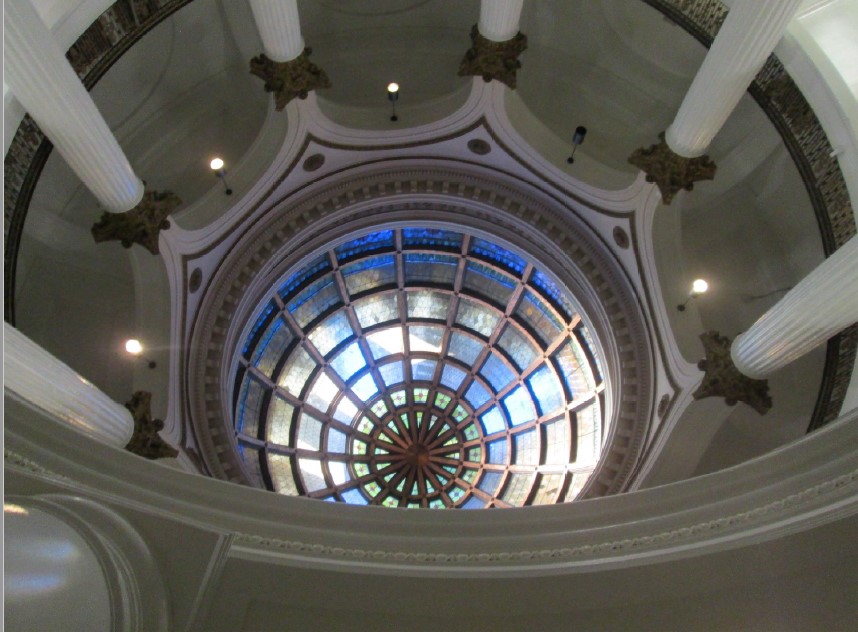 Passaic County bought 20 lots of land for a new courthouse in 1891 that was once part of the Colt Hill Estate. The estate once held the mansion of the Governor of the Society for Useful Manufactures (S.U.M.), the industrial organization that founded Paterson in the late eighteenth century. A competition for the architectural design for the courthouse was announced in 1896, with the winner to receive the contract and runners up getting cash prizes. A professor at Columbia College in New York City chose the winner and 11 runners up. The county commission disagreed and chose a different design from among the rejected designs, by Samuel Burrage Reed. Some of the losing architects sued but the county won in U.S. District Court.

The entrances to what is now called the "Old Passaic County Court House" face west and east and feature prominent porticoes, fluted columns topped by Corinthian capitals, and decorative carved pediments. The main (west) entrance pediment sports five figures and a central cartouche inscribed "1837" supported by two of the figures. The exterior, copper-clad dome is said to resemble the dome of a Roman temple built in 1502, the Tempietto of San Pietro in Montorio, by Italian architect Donato Brumante. The 16-section cupola and the dome have been painted over in dark brown paint. A statue crowns the upper mini cupola, of the Goddess of Liberty, holding a torch in one hand and a sword by one side. The limestone building on a granite base has three stories and a basement. The first floor central hallway passes under the rotunda, which is open to the second and third floors. The main two-story ceremonial courtrooms are on the second floor, on the east and west. A connecting corridor from the basement dates to 1936 and leads north to the basement of the U.S. Customs House and Post Office/ Court House Annex. A former minor entrance into the north wing portico has been replaced by a modern window. The original roof was copper, with nine ventilated skylights which have been removed; the current roof is of porous terracotta block over a rubber membrane.

Two bronze statues decorate the grounds of the Old Court House. One honors a Peterson native and local politician, James Fleming Stewart, who served as a local representative to the U.S. House of Representatives from 1895 to 1903. Stewart died at age 52, just a few weeks after the Court House opened. The statue was the work of local artist Gaetano Federici and was erected in 1906. Federici also created the other statue, of William Hughes, a Peterson native who worked in the local silk mills before becoming a lawyer and judge. Hughes served multiple terms as a U.S. Congressman and then as a U.S. Senator from 1913 to 1918, where he was a leader in the labor movement. The Hughes statue was erected in 1927. The weathered, oxidized statues on granite bases were restored several years ago.