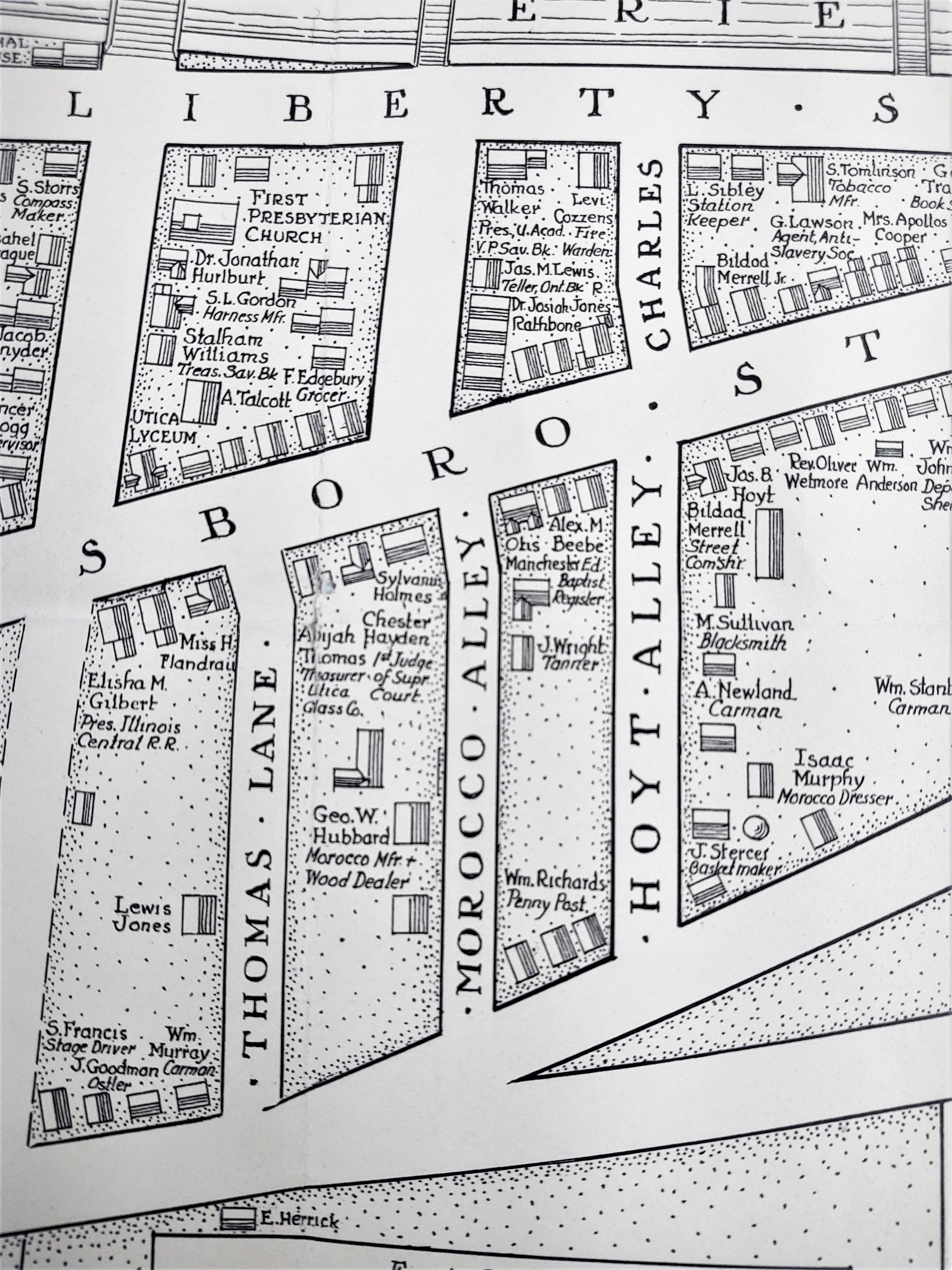 3. Utica and the Leather Industry 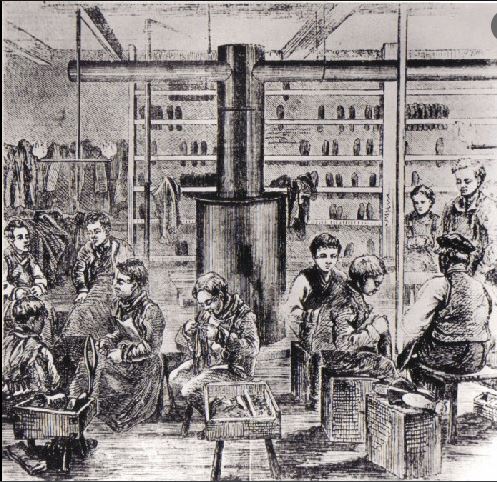 As the city of Utica grew, so did its shoemaking industry. The first large-scale production of shoes began in eighteen thirty-seven by John Cantwell. He had a shop at 3 Catharine Street, where he employed over a dozen employees making what some referred to as “the finest shoes and boots in Central New York." There were twenty-eight shoemakers listed in the 1838 City Directory; by 1840, there were close to one hundred. Most of the shoe maker shops were centered around the foot of Genesee Street and the surrounding blocks. These were located close to the Erie Canal, which opened in 1825.The first "Great Fire of Utica" happened in eighteen-thirty seven. Almost as a natural type of Urban Renewal several fire burned this lower part of Genesee Street and forced the city to rebuild. The fire of eighteen thirty seven burned the western side of the one hundred block of Genesee Street which was considered an older and run down area needed of improvement.As we move on to the next stop the prosperity of the Erie Canal and New York's railroad system were in full swing. Utica's population expanded as did the shoe industry..

Welcome to the Walking Tour of Utica's Shoe District brought to you by the Oneida County History Center. The museum, library, and archive are located at 1608 Genesee Street, and we hope you can come to visit. This tour will stop at five sites associated with Utica's now vanished shoe industry.Utica has a rich industrial past and manufactured everything from stoves, guns, radios, and, most notably, long underwear. It is best known for its massive textile industry, and at one time, Utica produced more knitted goods than any city in the United States.This tour focuses on one of the lesser-known industries, shoemaking. Utica was a leading city in producing women's and children's shoes for almost twenty years. Many of the factories were just a few blocks from each other.