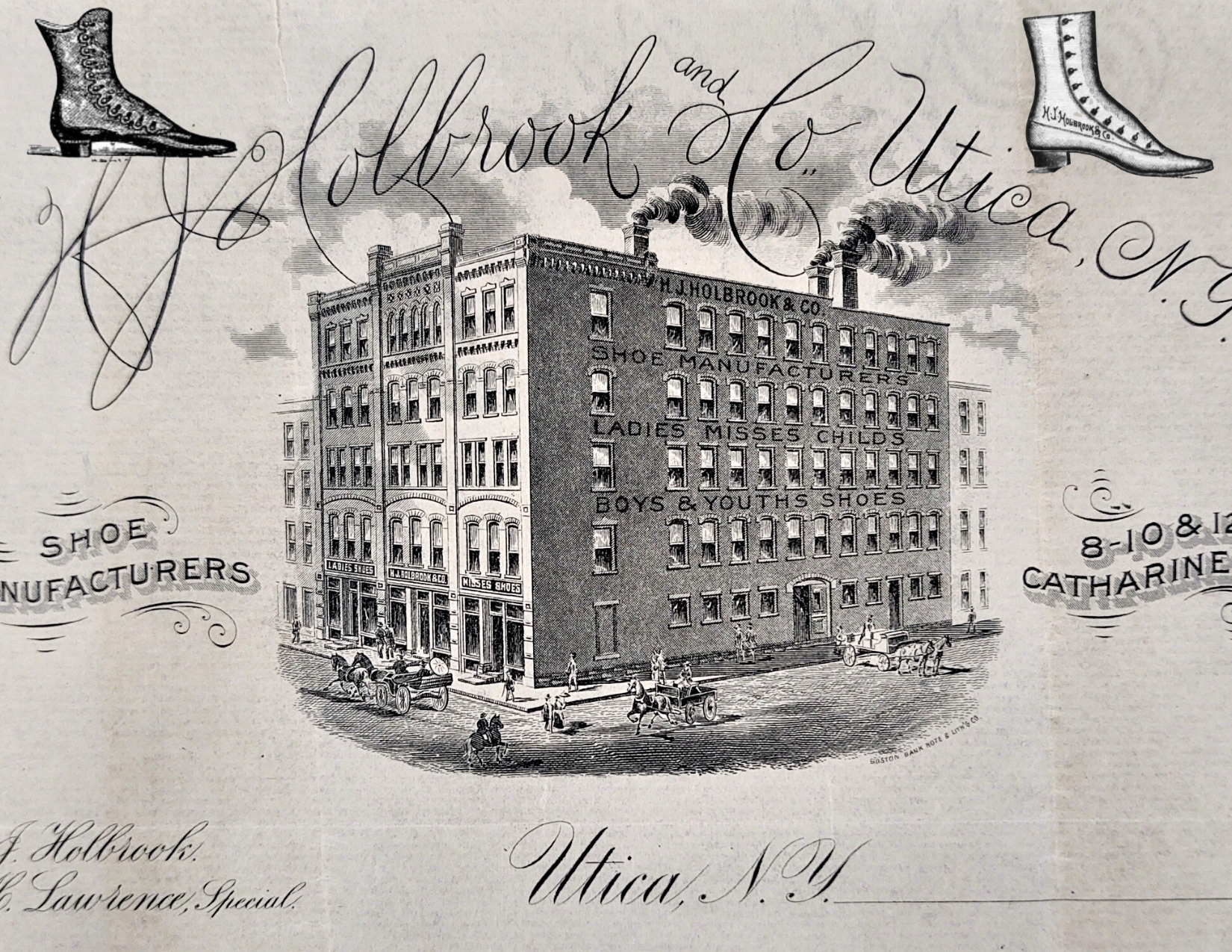 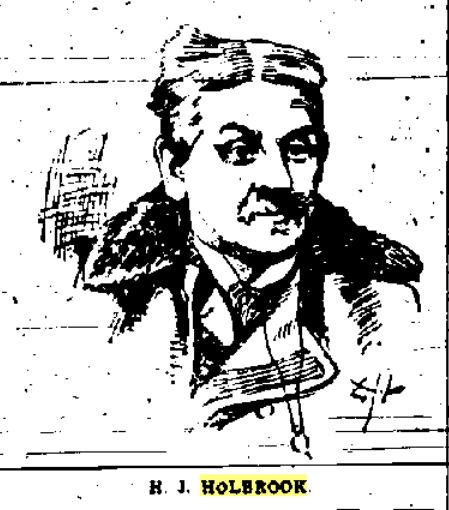 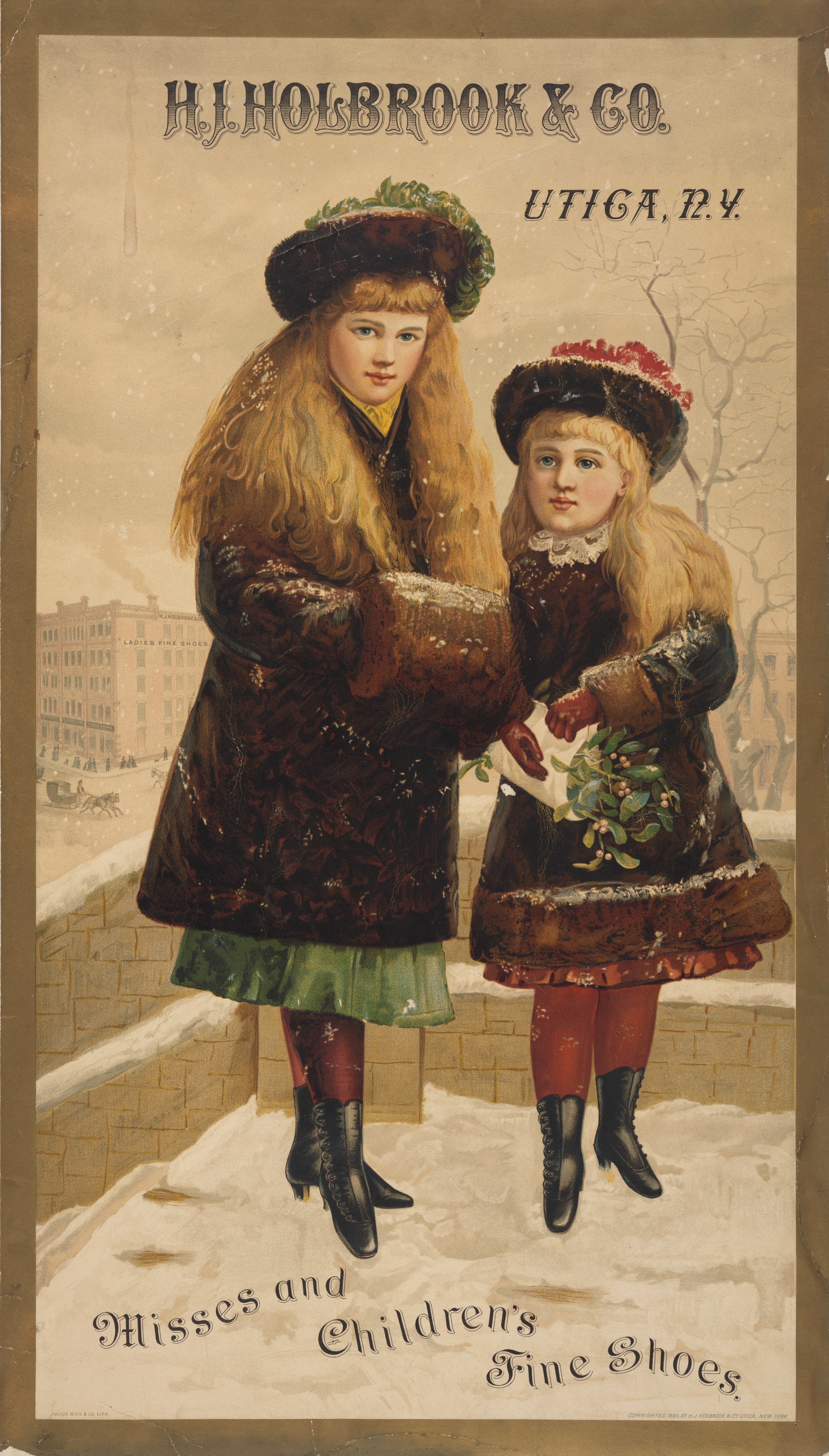 The Great Fire of 1884 destoyed the Holbrook factory and at least nine other buidings. 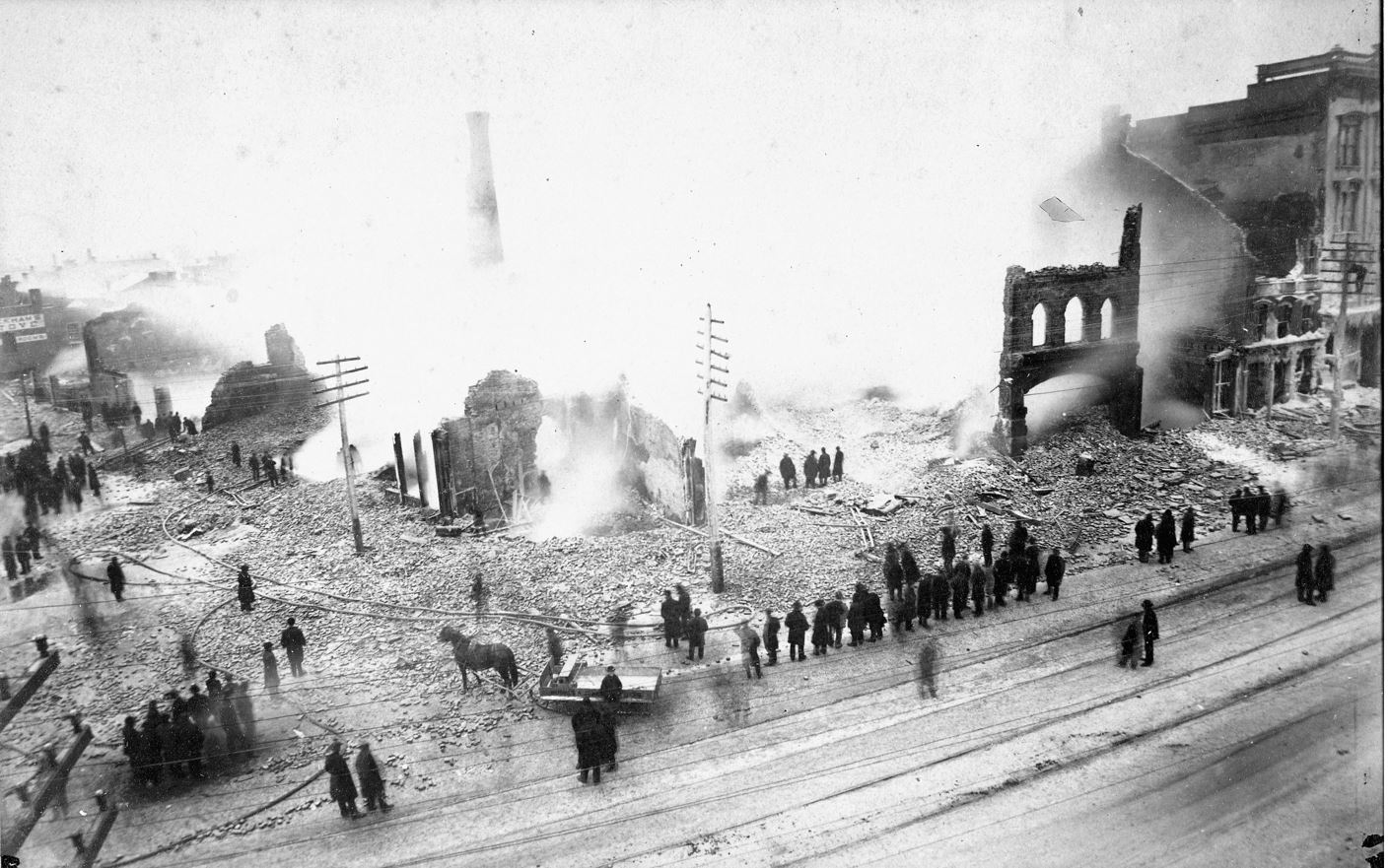 Advertisement for the liquidation of the last of the shoes manufactured by Holbrook. 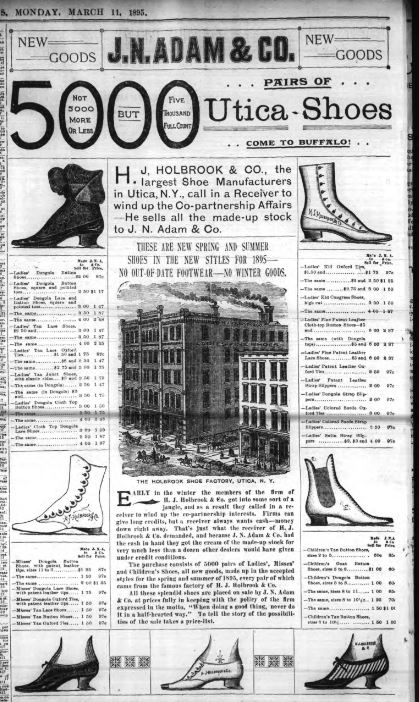 Burned district from the 1888 Fire 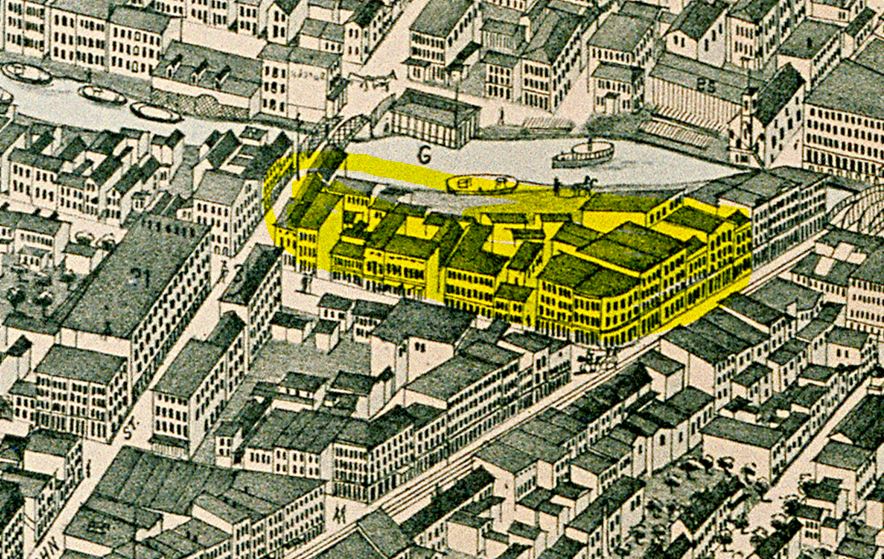 Many shoe manufacturers changed location as their business expanded; Holbrook is one example. They were first located at 9-11 John Street, adjacent to Bagg's Hotel. In 1884 the firm built a four-story factory at 8-10 Catherine Street. It was a sizeable five-story building with electric lights and an elevator. Unfortunately, the new factory was short-lived. They lost their factory in one of Utica's greatest fires on March 2, 1884, which destroyed the Holbrook factory and at least nine other buildings. The fire started in the engine room of the Holbrook factory. It spread to an adjacent nine other buildings, including City National Bank, The Utica Observer newspaper, hardware and furniture stores, and more. It caused one million dollars in damage (worth 28 million dollars in today's value.). The Holbrook factory was quickly rebuilt in the exact location.

In the 1880s, the Knights of Labor began to organize the shoe workers, and a series of strikes took place. These weren't large-scale strikes but usually just one or two factory departments. Because the factories were using mass-production techniques, the work of the entire factory was disrupted. Holbrook must have paid his workers well; he never had a strike at his factory.

The firms all proliferated so that, by 1890, between one and two thousand people were employed to manufacture shoes in Utica. The labor cost and demands of the labor force took their toll on the shoe industry.

For the last four years of his life, Mr. Holbrook was mentally troubled by financial hardships which caused his factory to close in 1895. He died soon after.