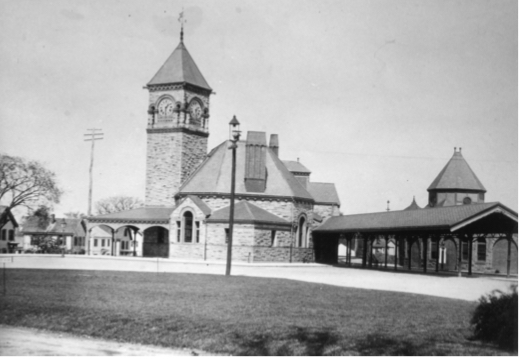 The Dedham Train Station was built in 1881 and demolished in 1951. It was located where a parking lot, commonly called the Keystone Lot, is now. Judge Webster Thayer who presided over the trial, lawyers, journalists, and spectators would use the train to come to the Norfolk County Superior Court Courthouse for the trial, walking from the station to the courthouse. That makes this site the perfect first stop for the walking tour. 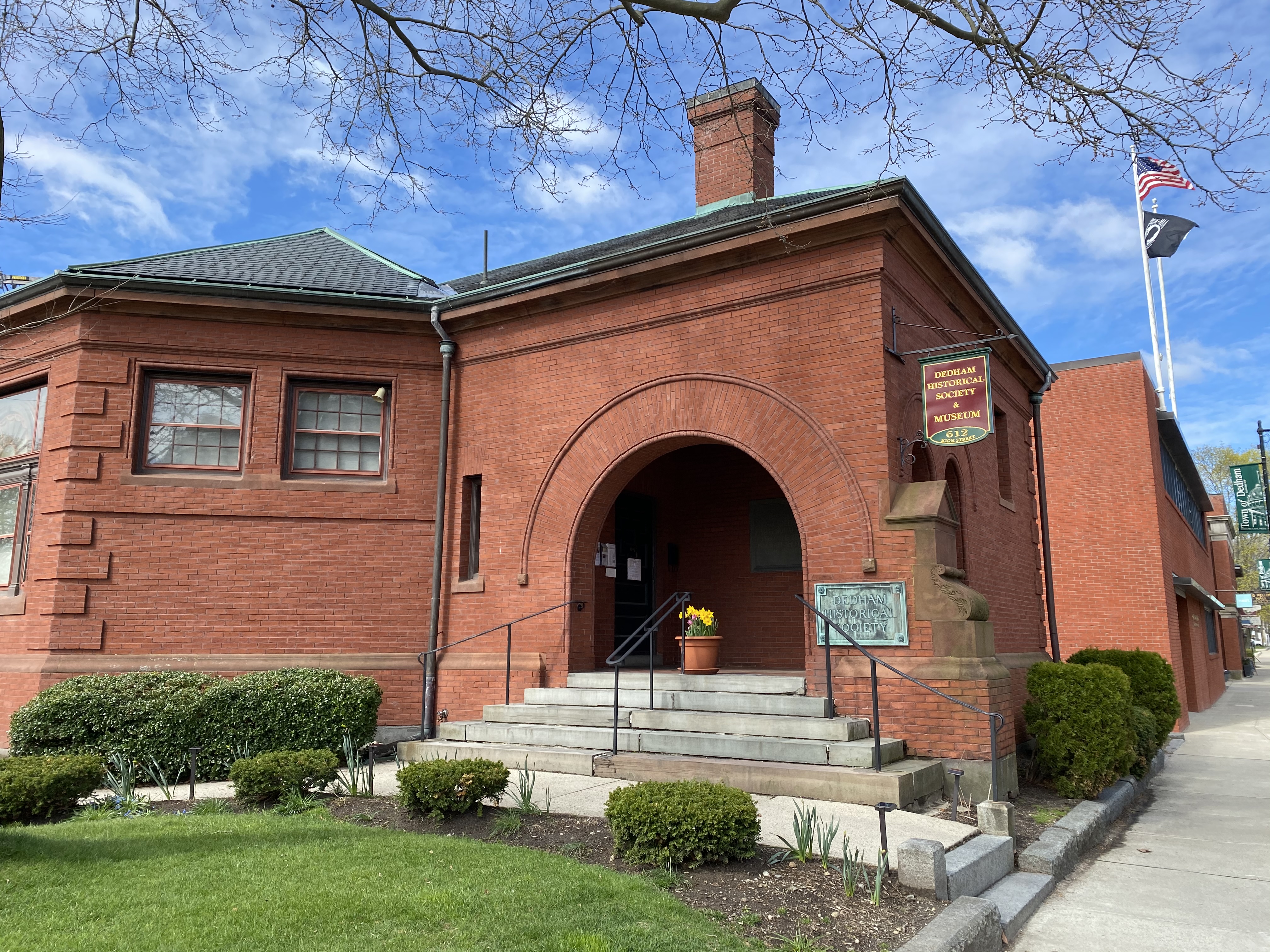 The Dedham Historical Society building was built win 1888, with funds given by Hannah Shuttleworth. Judge Thayer, lawyers, journalists, and visitors from out of town would walk past the Historical Society on their way from the train station to the courthouse. The Historical Society collections hold information about the trial, including pictures and documents, such as the full trial transcript. 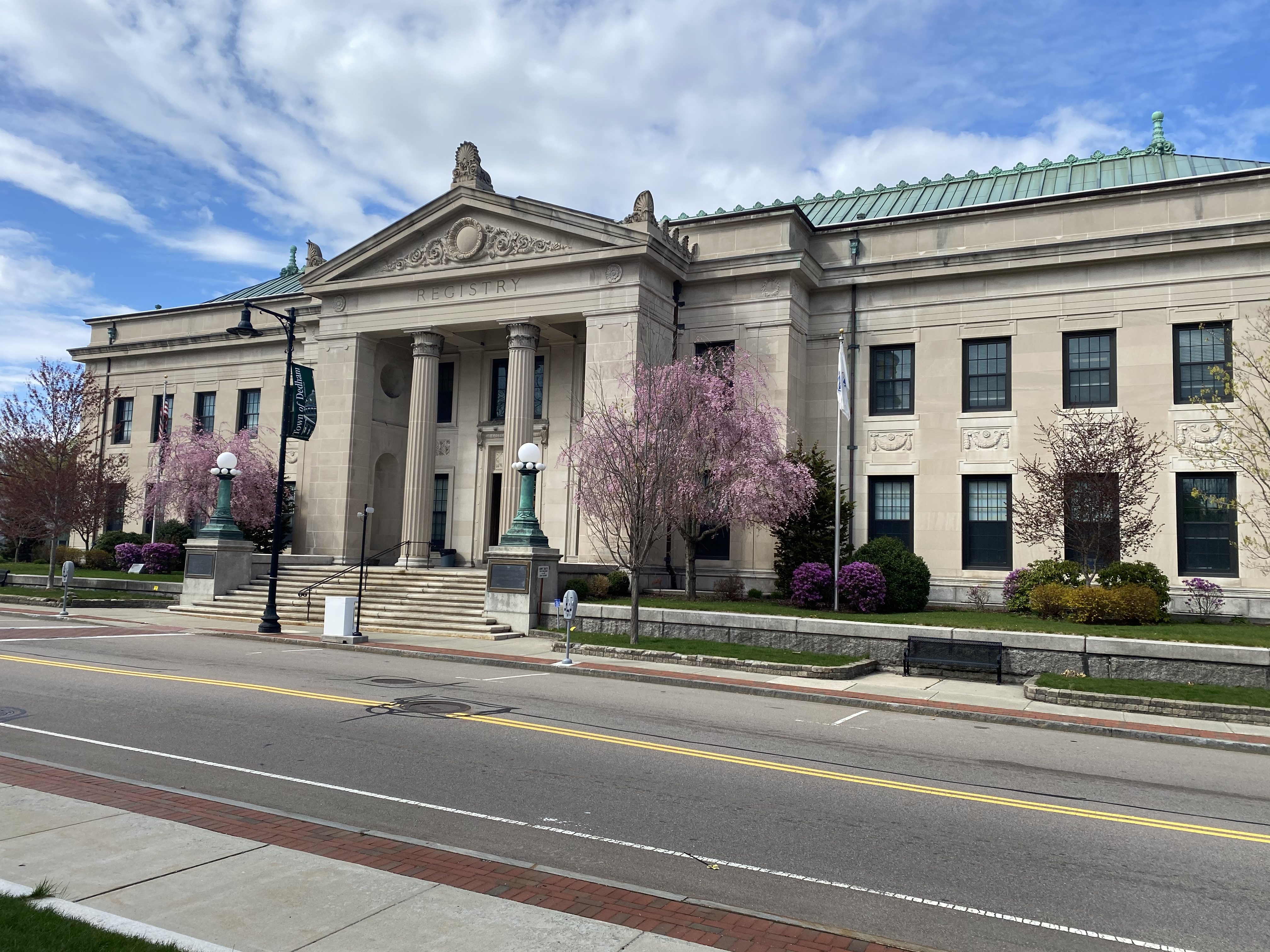 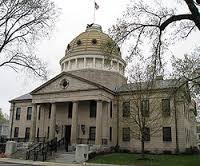 This Greek Revival courthouse was built in 1827 and expanded over the 19th century. It was site of the controversial Sacco-Vanzetti trial in 1921. The house currently houses the Norfolk County Superior Court. 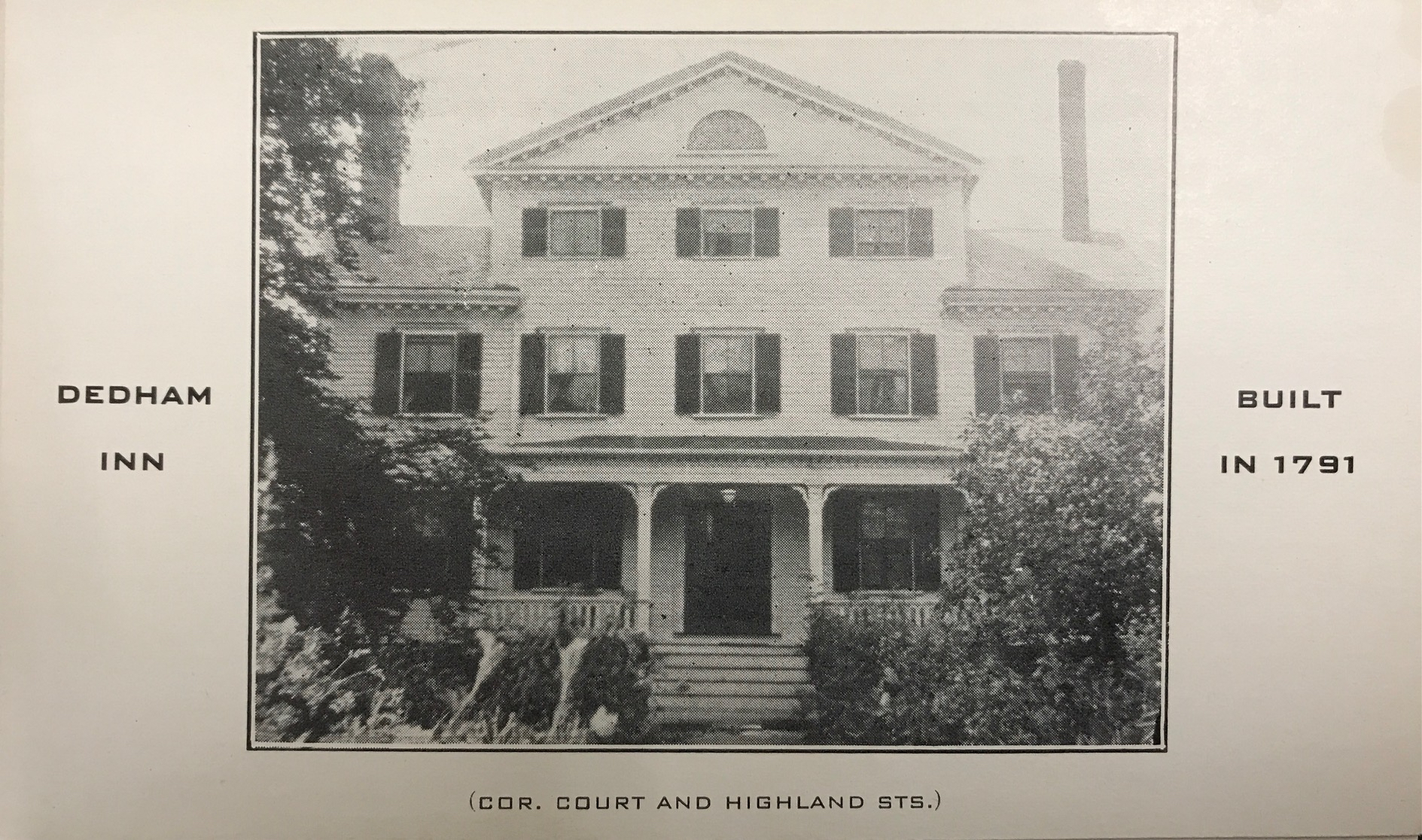 The Old Dedham Inn was built in 1791, and once known as the “Old Richards House.” This was where Judge Thayer, many of the lawyers, and the journalists covering the case would have lunch during the trial. Sadly, the Inn burned to the ground in 1939, and there is nothing left on the site today. 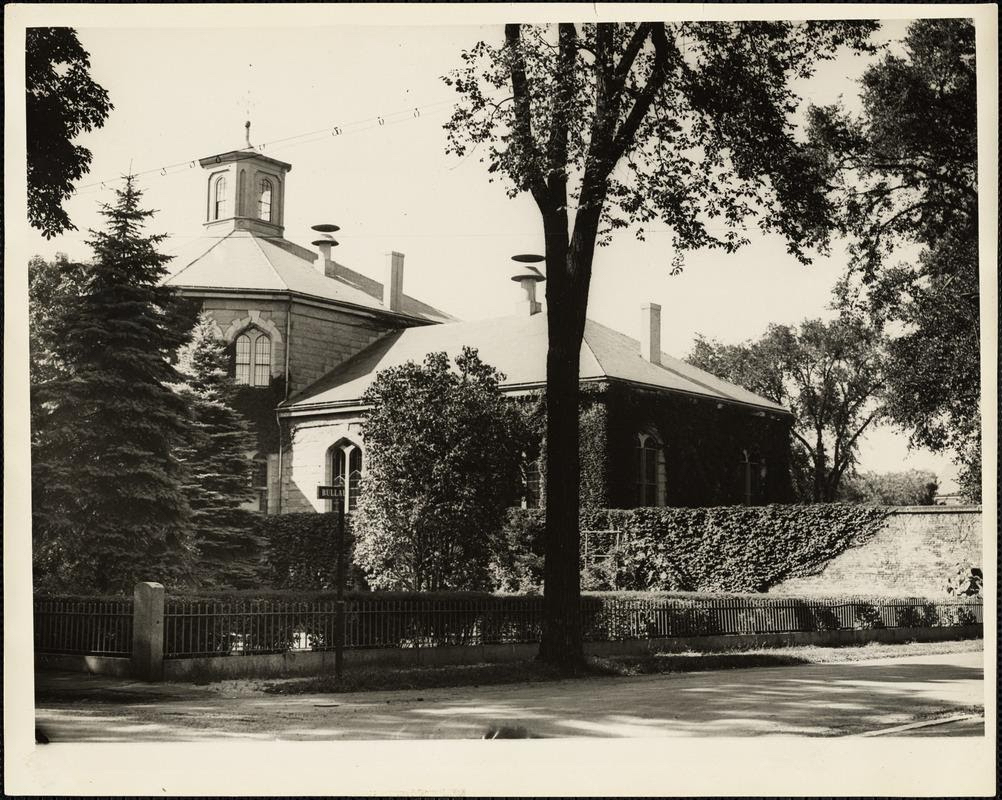 The jail was built in 1816 and renovated in 1850 and 1875. While Sacco and Vanzetti were in Dedham for the trial and afterwards during the appeals period, they were kept in the Norfolk County Jail. They were subsequently taken to Charlestown for their execution. The building was converted to residences in the 1990s. 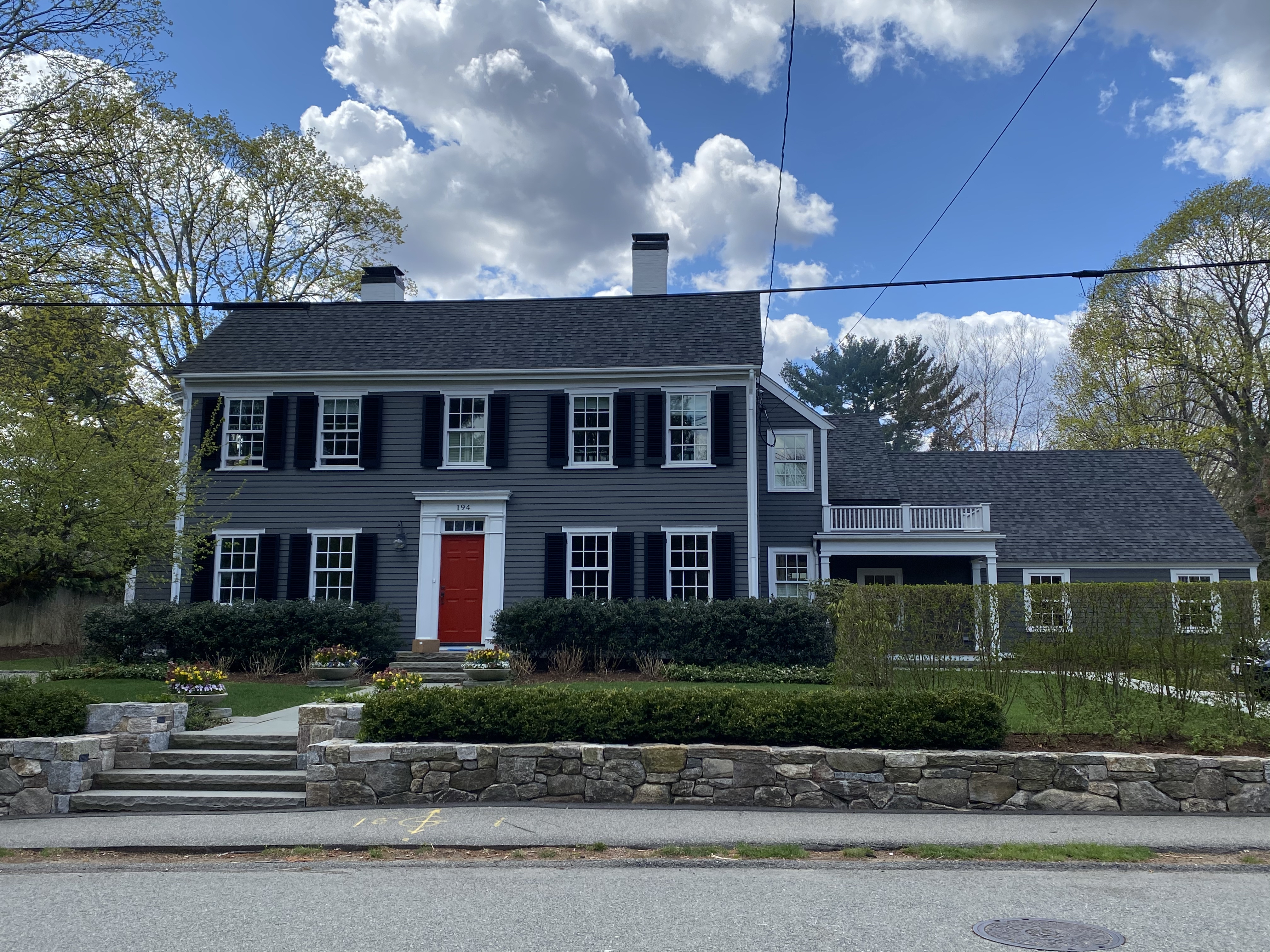 The Brandeis House is the last stop on the trail. The house was originally built about 1800 and renovated many times over the years. Louis D. Brandeis, then a Boston lawyer, bought this home in 1900. He was appointed to the United States Supreme Court in 1916. Realizing that the Sacco family had limited means, Justice Brandeis allowed Sacco’s wife and daughter stay in his house during the trial. This act of kindness shows how many people felt for the plight of Sacco and Vanzetti and their families. After the trial, Justice Brandeis received a last-minute clemency petition from the defendants’ lawyers. He had to recuse himself because of his wife’s support for the defense committee.

On April 15, 1920, a guard and a paymaster at the Slater-Morrill Shoe Company in Braintree, Massachusetts, were murdered in an armed robbery. Suspicion centered on local anarchists. Nicola Sacco and Bartolomeo Vanzetti, Italian immigrant anarchists, were shortly afterwards accused of the robbery. The trial occurred in June and July, 1921, in Dedham, the county seat of Norfolk County. The trial drew international attention because many people believed that the defendants were unfairly accused because of their politics and ethnicity. Both men were found guilty and sentenced to death.