Stephen’s Annex is currently office space for Towson’s administration. In the 60’s and 70’s, it used to be a small cluster of “temporary buildings” because a new administration building was under construction. Temporary Building A housed the Women’s Center Board, which was an on-campus organization that sought to educate students and faculty members about the Women’s Liberation Movement. The Women’s Center Board also housed other committees concerning women such as the Women’s Studies Committee. In fact, Women’s Studies courses were originally offered in Temp. Building A. Stephen’s Annex, formerly known as Temporary Buildings, was where the Feminist Movement blossomed at Towson State College. 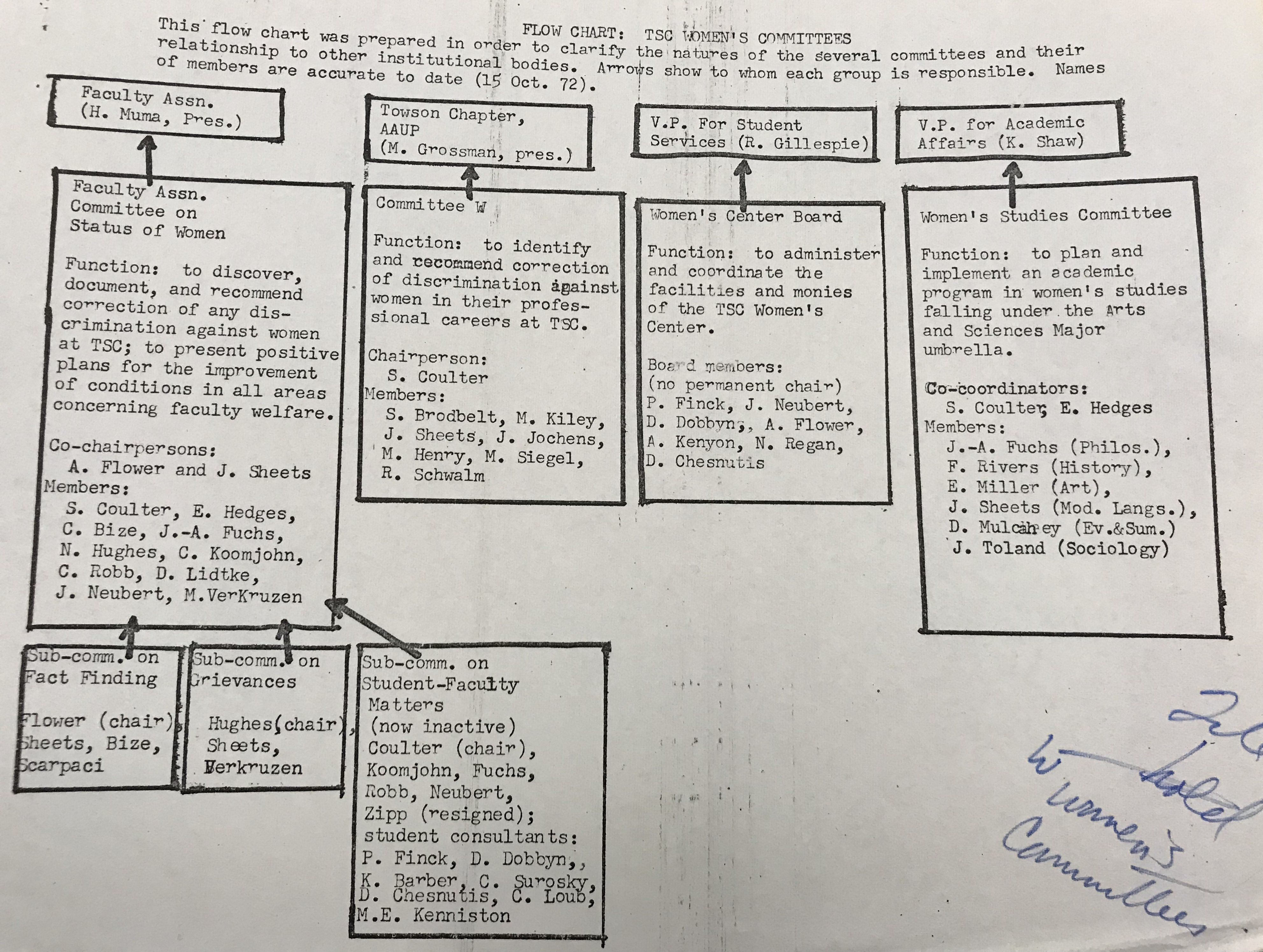 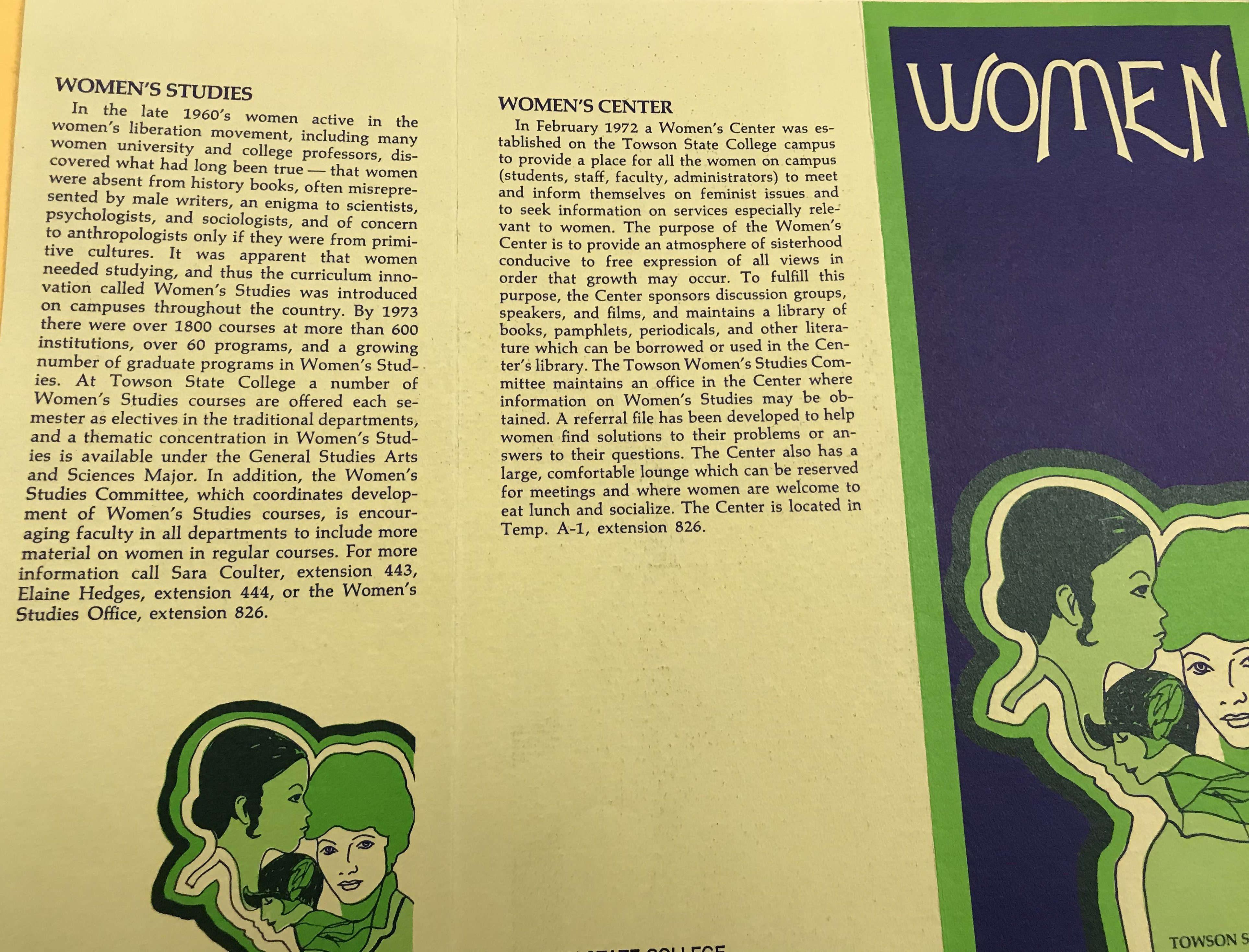 This tour combines four locations that represented "safe havens" for different groups at Towson University in the 60s and 70s. The Stephen's Annex, which is where the Women's Center Board was located, was a space for all women on campus. The Black Student Union Office was a space for all black students at Towson. The Lacrosse Field represents a safe haven for Towson's students in sports. Lastly, the Enrollment Services Building was where black women students at Towson had a sit in for their rights.