Launched in 1939, the Western Union is the last surviving and working tall wooden ship to be constructed in Florida. From 1939 to 1974, the Western Union Telegraph Company. used the ship to lay more than 30,000 undersea wires, maintain cables connecting numerous Caribbean cities, and lay the first trans-Atlantic telephone wire. In 1997, the ship was featured in Steven Spielberg's Amistad. As of the spring of 2021, the historic ship is undergoing repair and expected to return to this location in Key West's port in the summer of 2021. 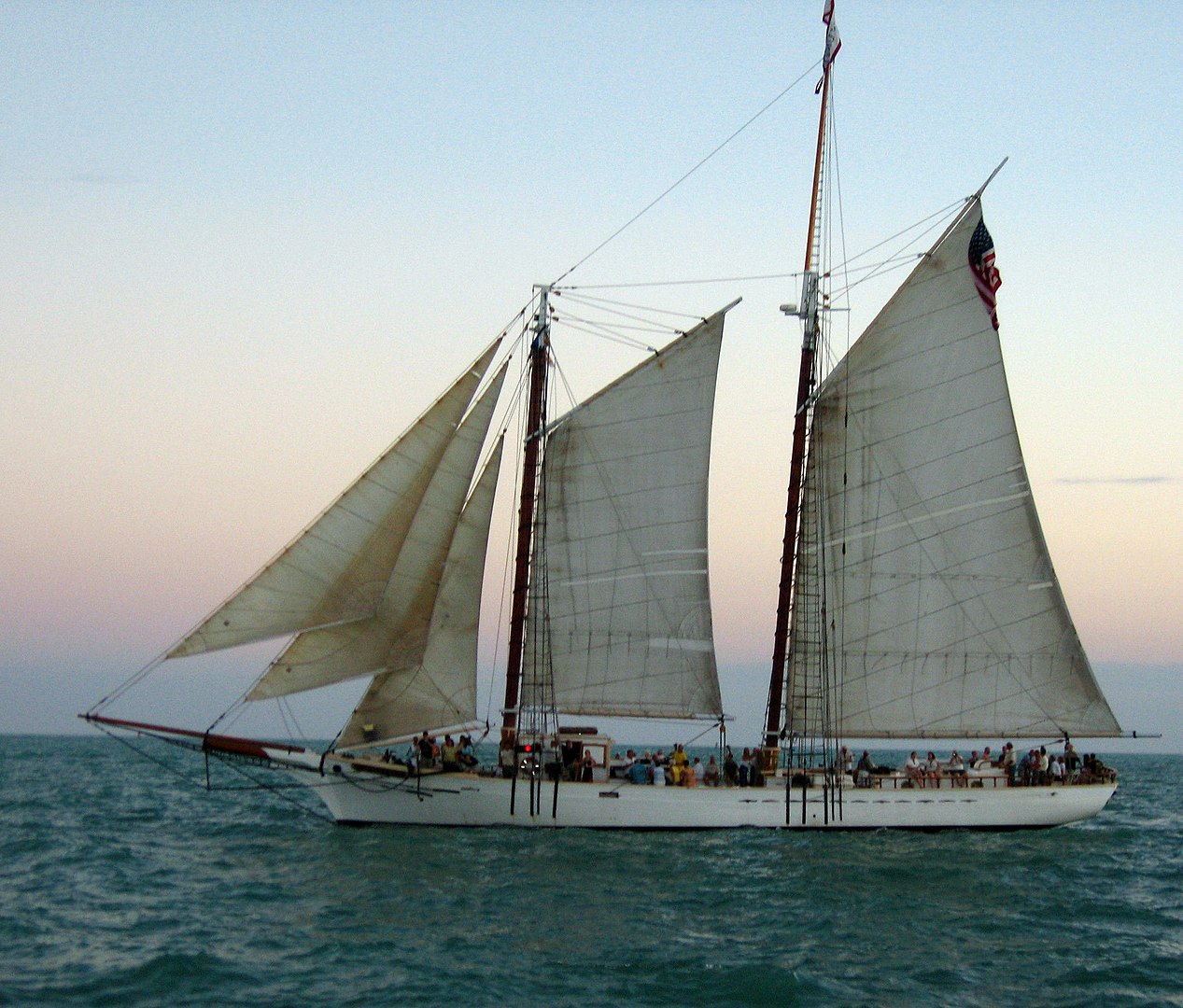 Constructed in 1939 as an undersea telegraph cable vessel, the Western Union is a rare extant example of the American Coasting Schooner, the first distinctive type of American-built and designed sailing craft. Two Grand Cayman Island brothers, Herber and Loxley Arch, came to Key West and built the Western Union, which launched in 1939. The Western Union telegraph company leased the ship from 1939-73 and used it to maintain shore-to-shore communication links throughout the Caribbean. In 1997, the ship played a starring role in Steven Spielberg's Amistad as the 1839 slave ship La Amistad.

The evolution of the sailing ship was a significant development in the history of American shipbuilding. The coasting schooner was the first distinctive type of American sailing craft. The Western Union is a rare and excellent example of such an American coasting schooner whose basic design exceeds two centuries. The ship evolved from the "Chesapeake" variety of schooners, but it also incorporated the unique "Bahama Banks" trait of king planks.

The Western Union launched on April 7, 1939, and then leased to the Western Union Telegraph Company. All told, the ship laid more than 30,000 miles of undersea cables. Maintaining cables previously laid also served as a primary function of the ship, notably the eleven telegraph cables laid between Key West and Havana from 1867 to 1931; the Western Union Telegraph Co. used the ship to maintain the lines from 1939 to 1973. The cables linked various Caribbean cities, including linking Key West to such places as Miami, Havana, and Punta Rassa. The Western Union also maintained the first transatlantic telephone cable completed in 1950 from Key West to Havana. Later the same type of cable was utilized for downrange missile tracking stations from Cape Canaveral to San Salvadore, which the Western Union helped lay at the shallow shore ends.

During World War II, the country used the Western Union, stating that the ship's job served the country's strategic interests. Given its existence as a wooden ship, officials felt that the schooner could perform its duties quietly (it is unknown they equipped the Western Union with any armament. After 1974, the vessel served several roles, such as a passenger and tour boat, as part of a program to redirect troubled youth, and as a stand-in for the 1839 slave ship La Amistad in both the American Bicentennial Celebration and Steven Spielberg's Amistad in 1997.

The ship will return to the harbor in summer, 2021.