Basilica of St. Mary Star of the Sea

The Basilica of St. Mary Star of the Sea is home to one of the oldest Catholic parishes in Florida. Founded around 1851, it is part of the Archdiocese of Miami. The church building was erected in 1905 and was the first non-wooden church in South Florida. A fine example of American Victorian architecture, it features rusticated exterior walls, arched openings with lunette windows with colored glass, and two steeples. The interior includes a vault ceiling with rare pressed metal panels and an arcade of round headed arches supporting the ceiling. The church is a contributing property of the Key West Historic District, which was added to the National Register of Historic Places in 1971.

The Basilica of St. Mary Star of the Sea was built in 1905. Its congregation is one of the oldest in Florida. 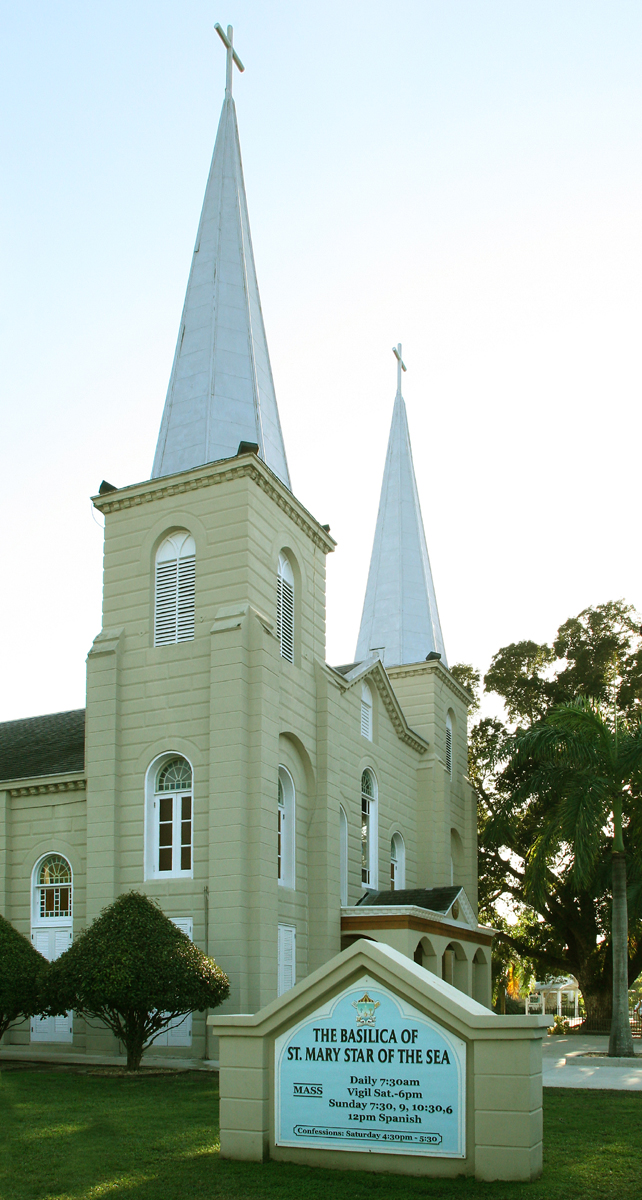 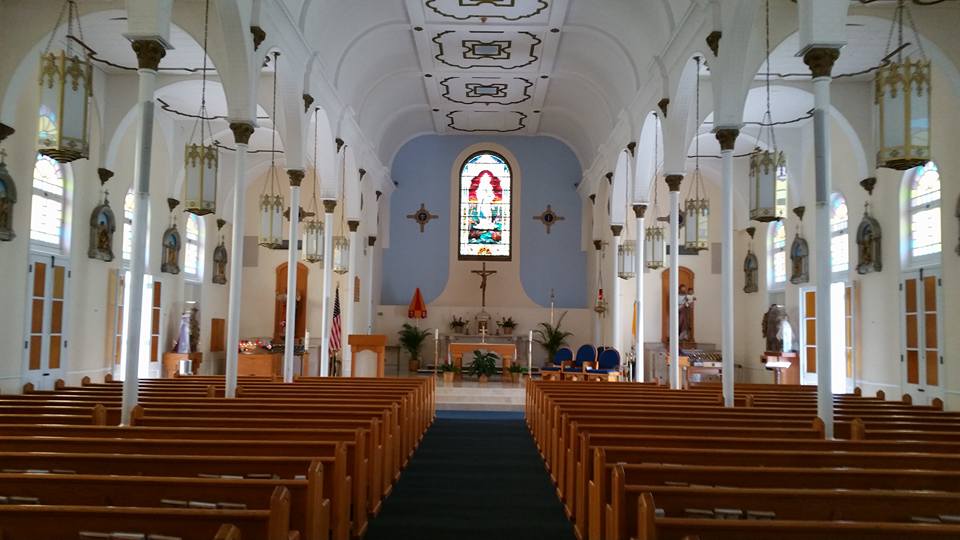 Spanish Jesuit missionaries were the first Catholics to arrive in Florida. They established a mission in the Upper Matecumbe Key in 1566 but measles and smallpox killed many Indians. As a result, the priests were forced to abandon the mission and return to Mexico. In 1743, two Italian Jesuits arrived in Key West from Cuba and founded a mission chapel. However, this also did not last and the two men were recalled to Cuba.

Over the next century, Catholicism grew slowly in Florida. By 1829, there were only around 4,000 Catholics in the territory (it became a state in 1845). By 1850, the Catholic population on Key West was growing and to serve the needs of the community, Bishop Francis X. Gartland, who led the newly formed Diocese of Savannah, Georgia (east Florida came under that diocese' jurisdiction), sent Father John Kirby to the island in 1851. Kirby led the effort to build the first church on Key West, which was located at Duval and Eaton Streets. It was finished in early 1852 and named St. Mary Star of the Sea.

In 1868, five nuns of the Sisters of the Holy Names of Jesus and Mary convent, which was located in Montreal, Canada, were sent to Key West to establish a convent and a school for girls. After years of work, it was built in 1886 and called the Convent of Mary Immaculate. Later renamed Mary Immaculate High School, it operated until 1986. A school for boys operated from 1880 to 1961, and an African American school, called St. Xavier School, was erected in 1872 and also operated until 1961. There was also a school for Cuban girls, which was open between 1873 and 1878.

Unfortunately, an arsonist set a fire that destroyed the church in 1901. Little was recovered except for some candlesticks and Stations of the Cross. Construction of the present church began in February 1904 and was completed in August 1905. The exterior resembles Leone Battista Alberti’s San Francesco Church in Rimini, Italy, and the interior features elements similar to those found in Filippo Brunelleschi’s Santo Spirito Church in Florence. The Sisters departed the church in 1983, after 115 years in Key West. Pope Benedict XVI designated the church as a Minor Basilica in 2012.

"History of Our Parish." Basilica of St. Mary Star of the Sea. Accessed Marc 23, 2021. https://stmarykeywest.com/history-of-the-parish.

Basilica of St. Mary Star of the Sea