Successful merchant, and Florida's first millionaire, William Curry, provided his children with money to build and develop property. His daughter, Eleanor, and son-in-law, Captain Martin Hellings, used that money to build the Victorian Mansion in 1892. Captain Hellings managed the International Ocean Telegraph Company, a prominent position in the 1890s. His expertise with handling tele-communications allowed him to steal messages from Spain during the Spanish-American War, which helped the U.S. Navy and White House during the war. The current occupants, The Key West Woman's Club, purchased the building in 1940. 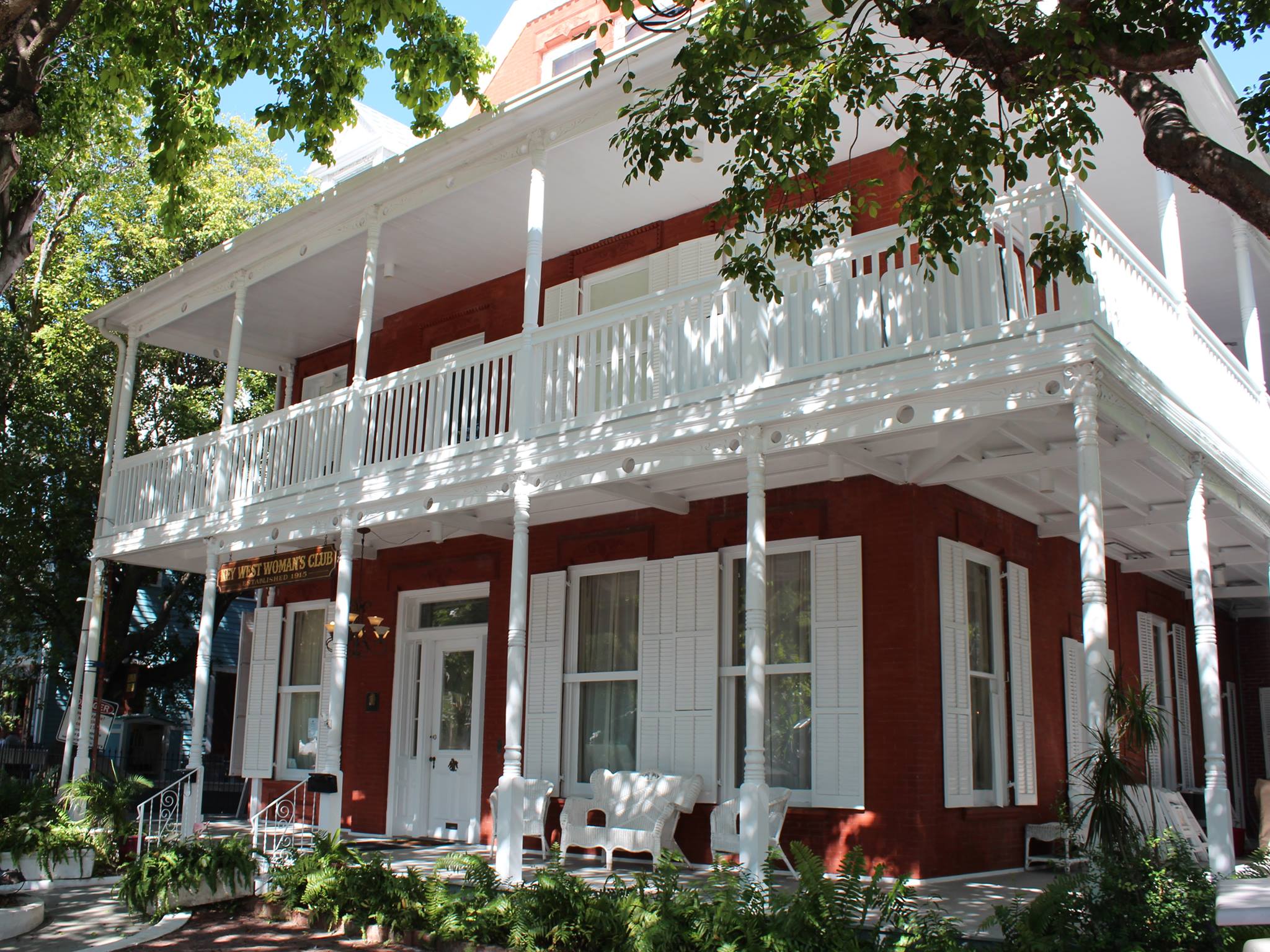 One of Key West's few brick structures, Captain Martin Hellings and Eleanor (Curry) Hellings built it in 1892 during a time of prosperity for the island city; Key West stood as Florida's largest and wealthiest city by 1890. Eleanor's father is believed to be the island's first millionaire, and the money she gained from him went towards building the mansion. Captain Hellings made a name for himself during the Spanish-American war by intercepting messages from Spain and providing them to the U.S. Navy.

Although Key West rapidly grew during the 1880s, the city had to recover from a devastating 1886 fire, which forced many residents to leave the island. The blaze quickly spread and could not be stopped because the city's only firefighting equipment had been sent to New York for repairs. When it finally ended, the fire destroyed 600 homes, six wharves, eleven cigar factories, the island's tobacco supply, several churches, a cigar box factory, and the new City Hall. Eleanor's father, William Curry, felt compelled to stay and help the island recover, which included providing his kids with money to buy land or expand upon their property. Curry, who gained immense wealth as a merchant, provided each child, including Eleanor, with $10,000.00. Eleanor's husband, Captain Martin Hellings, served as the International Ocean Telegraph Company manager. Martin used the money provided to Eleanor by her father to build the historic Victorian mansion in 1892.

Behind the Hellings House, the red frame structure built in 1828 once functioned as a carriage house for the wealthy and had a horse used by the U.S. Post Office. The dawn of the automobile age rendered the carriage house obsolete. However, the carriage house found new life, mainly hosting theatre companies; it is currently the home of the Red Barn Theatre.

Martin served as a Union captain during the Civil War, and he provided intelligence about Cuba to the White House during the Spanish-American War. Indeed, it was his expertise with telegraph operations that made him valuable to the U.S. Navy. The Office of Naval Intelligence asked Captain Hellings to intercept Spanish messages. Hellings influenced other telegraph operators to copy Spanish diplomatic messages and deliver the news to him resulting in a sizable communications ring that included surveillance on underwater and land-based telegraph cables. As well, Hellings received info from a Havana operator who, unbeknownst to Spanish forces, was sympathetic to Cuban revolutionaries; he provided Hellings with vital information that Hellings passed on to the White House.

After Martin Hellings died in 1908, the family moved, and the home converted into an office building. The Key West Woman's Club purchased the building in 1940. For twenty years, the club dually operated as a library in one half of the building and club spaces in the other half. In 1959, the Woman's Club proved instrumental in constructing the Monroe County Library, leaving the historic home to operate solely for The Woman's Club.