This historic antebellum mansion stands on land that was purchased in 1837 by Judge James Webb, the first Federal Judge of the Southern District of the Florida Territory, and the builder of the historic home sometime over the next eight years. Dr. Josephy Porter's father purchased the property in 1845 and Joseph was born in the house two years later. Dr. Porter went on to become Key West's first native-born physician and he served as Florida's first Public Health Officer from 1889–1917. Porter is most known for his research and treatment of yellow fever The Key West physician discovered that mosquitoes carried the deadly virus from one host to another. Demonstrating the origins of the disease helped other researchers, and eventually led to the eradication of the deadly Yellow Fever. 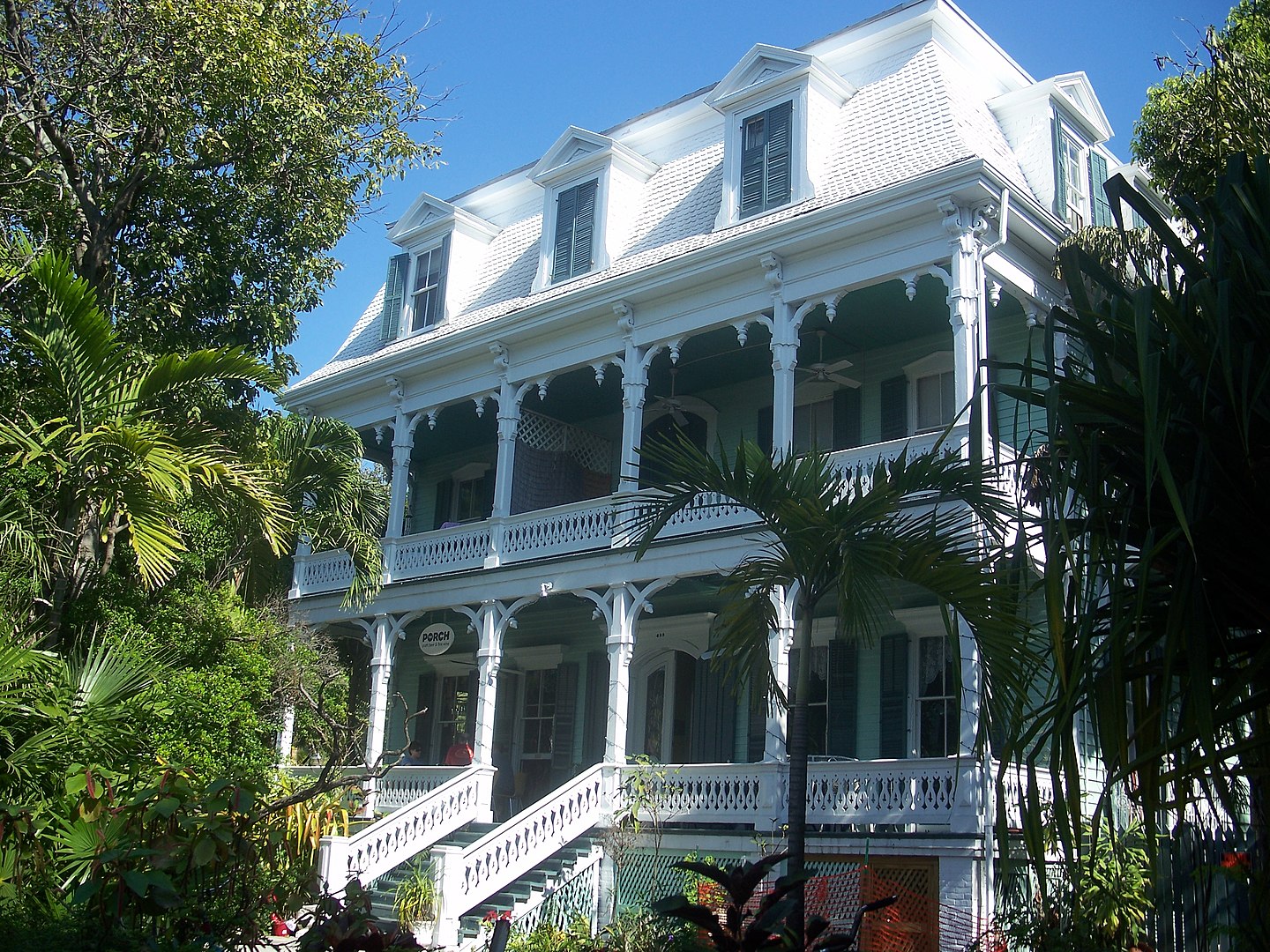 In 1837, Judge James Webb, the first Federal Judge of the Southern District of the Florida Territory, purchased the lot where the Porter home stands. Evidence suggests Webb built the home as the Porter family purchased the land in 1845 with a home already constructed on the property. The historic house served as the birthplace for Joseph Yates Porter, who became Key West's first native-born physician and an integral part of Florida's medical history because his research helped eradicate yellow fever. Both in terms of aesthetics and functionality (meeting the demands presented by Key West's climate), the Porter House personifies the idea of "Conch architecture."

Dr. Joseph's father purchased the home and property from Webb in 1845, who later bequeathed it to Joseph. Originally a two-story home, the Porter family added the third story in 1871. The mansion's design enjoys influence from Bahamian, New England, and French architectural characteristics. In purely practical terms, the Porter House design met the demands presented to home-builders by Key West's unique climate and its residents' lifestyle. The slatted shutters offered shade from the tropical sun during the day but could be opened at night to allow for maximum ventilation. The Conch roof's steep pitch caught the sometimes copious rainfall and guided it down into the underground cisterns. All told, Joseph (1824 - 1927) lived in the house for 80 years; he passed away in the same room where he was born.

Porter left Key West to study medicine in Philadelphia before returning to serve as a U.S. Army doctor at Ft. Jefferson in Key West during the Civil War. In 1862, a yellow fever outbreak killed or sickened numerous soldiers and contracted laborers. It was not the first time Key West faced the sickness, but it likely proved highly influential to the young doctor. Yellow fever was not only a brutal sickness with severe symptoms to endure, but often killed hundreds of people during outbreaks. At times, it made people shy away from places like Key West. Dr. Porter discovered that mosquitoes were the culprit regarding the spread of yellow fever. His discovery put to rest unsuccessful remedies such as extended quarantines and burning a patient's belongings. As the leader of his field, he set up hospitals in Florida during Yellow Fever outbreaks and served as the state's first public health officer. Porter's work proved instrumental in finally eradicating yellow fever.

Porter's work existed among a few doctors who built on the evolving germ theory (the discovery of microorganisms) during the late 1800s, which not only revolutionized the field of medicine but had a profound cultural impact. As germ theory became more understood, several doctors began looking at insects, notably flying insets, as the cause of diseases. Doctors used the evidence to treat their patients effectively. Meanwhile, "housewives," read materials by the early twentieth century that instructed them to rid their house of bugs, notably flies and mosquitoes as germ carriers.

While Key West residents celebrate Porter today for his work, for a short time in 1896, some residents of Florida resented him. As Florida's health officer during a Yellow Fever outbreak, Porter ordered Key West to undergo quarantine. the restrictions angered Key Westerners and led some to support calls for secession from Florida. However, there was little chance that the U.S. would approve the creation of a separate state or territory, and Key West was a valuable and strategically-located port. As America increasingly supported Cuban independence and with the outbreak of the Spanish-American War, the smallpox debates and Key West independence would be forgotten. A century later, residents enthusiastically supported a fantastical call for independence once again as the city's mayor declared Key West to be the quasi-independent Conch Republic following a dispute over tolls.