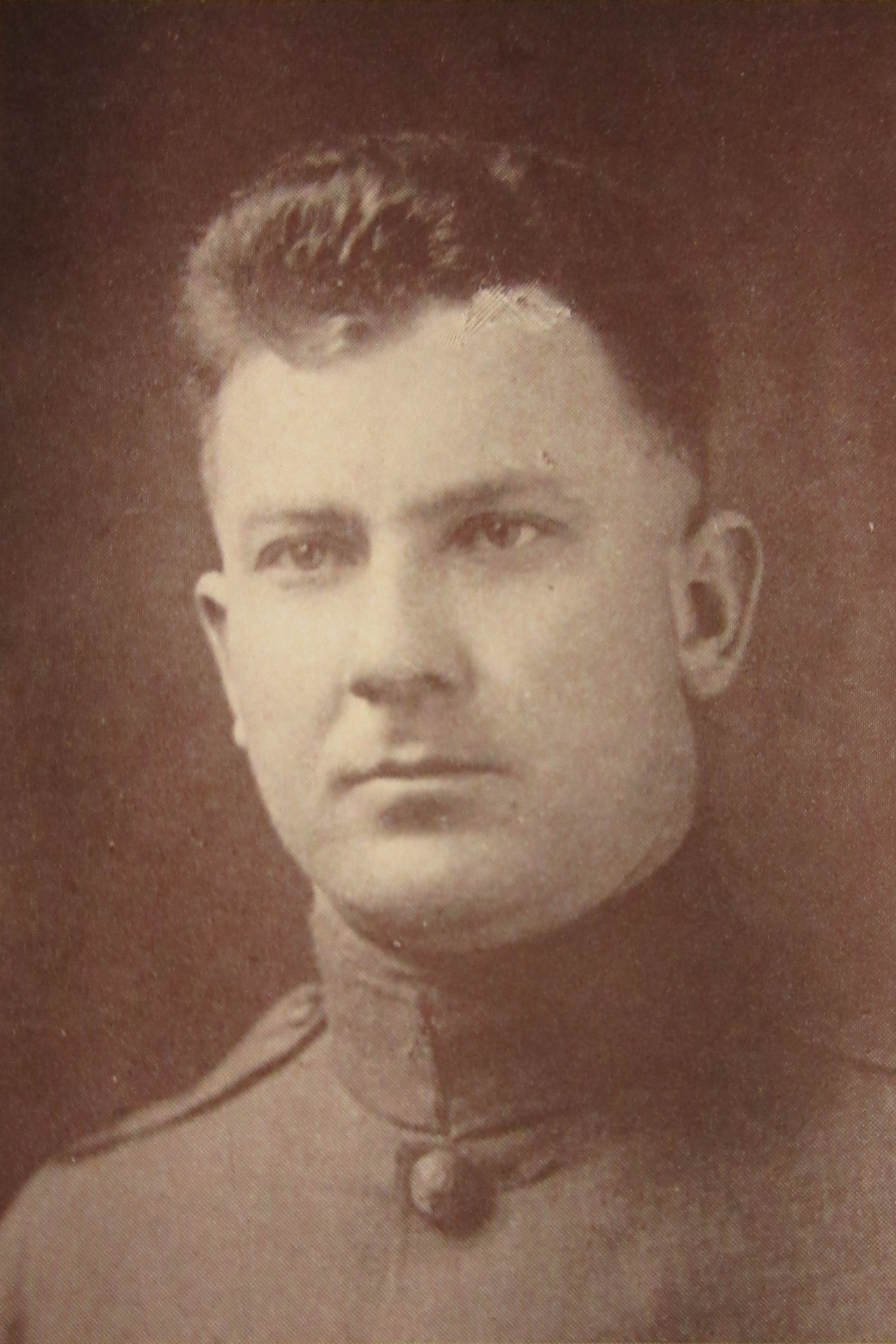 Ottus D. Jackson in Soldiers of the Great War 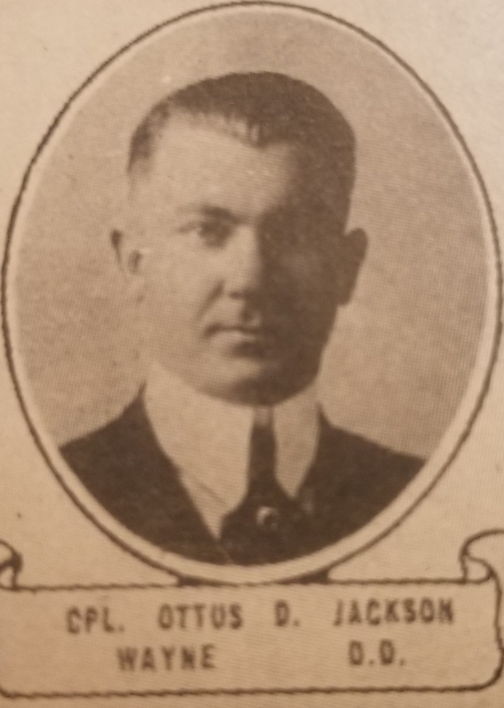 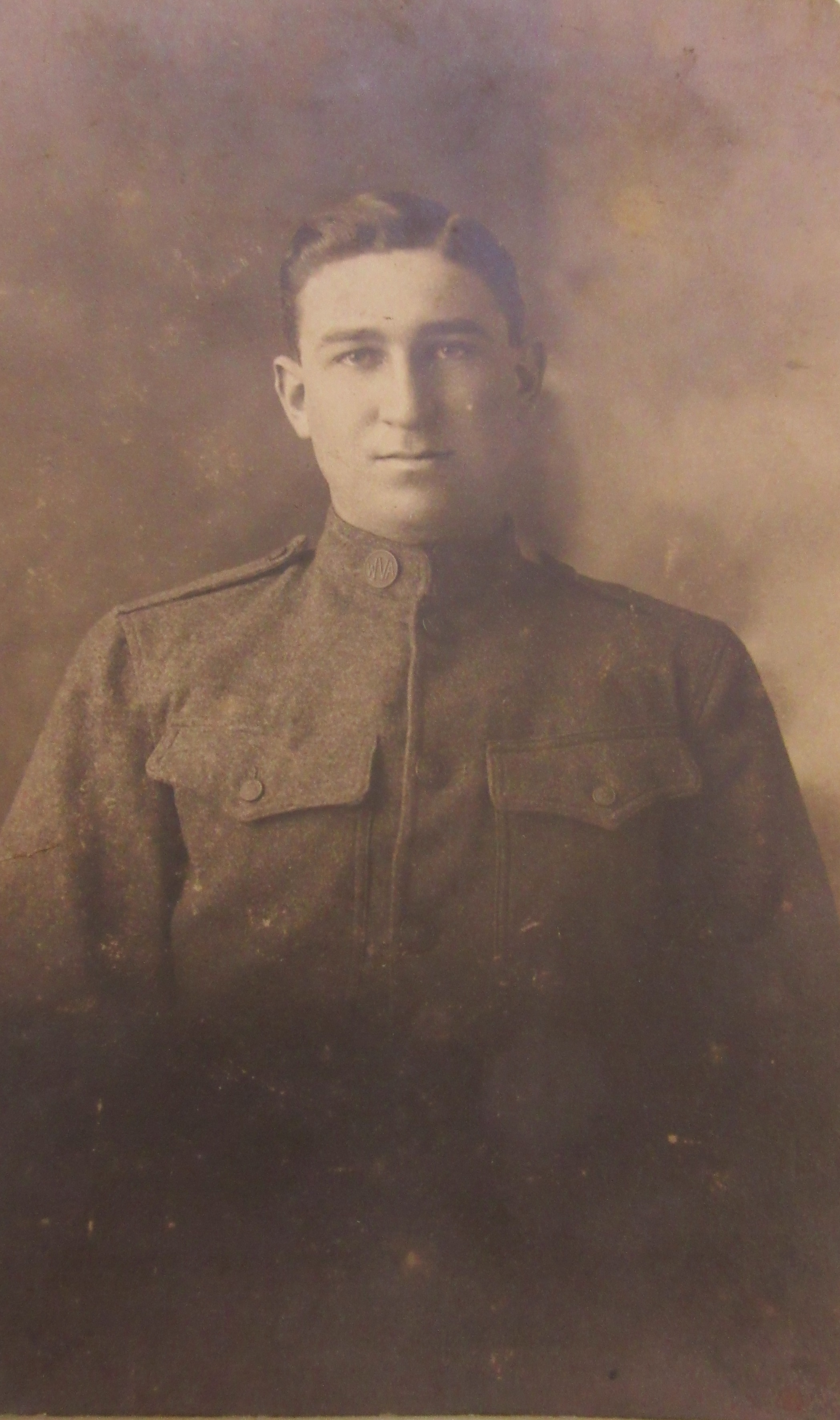 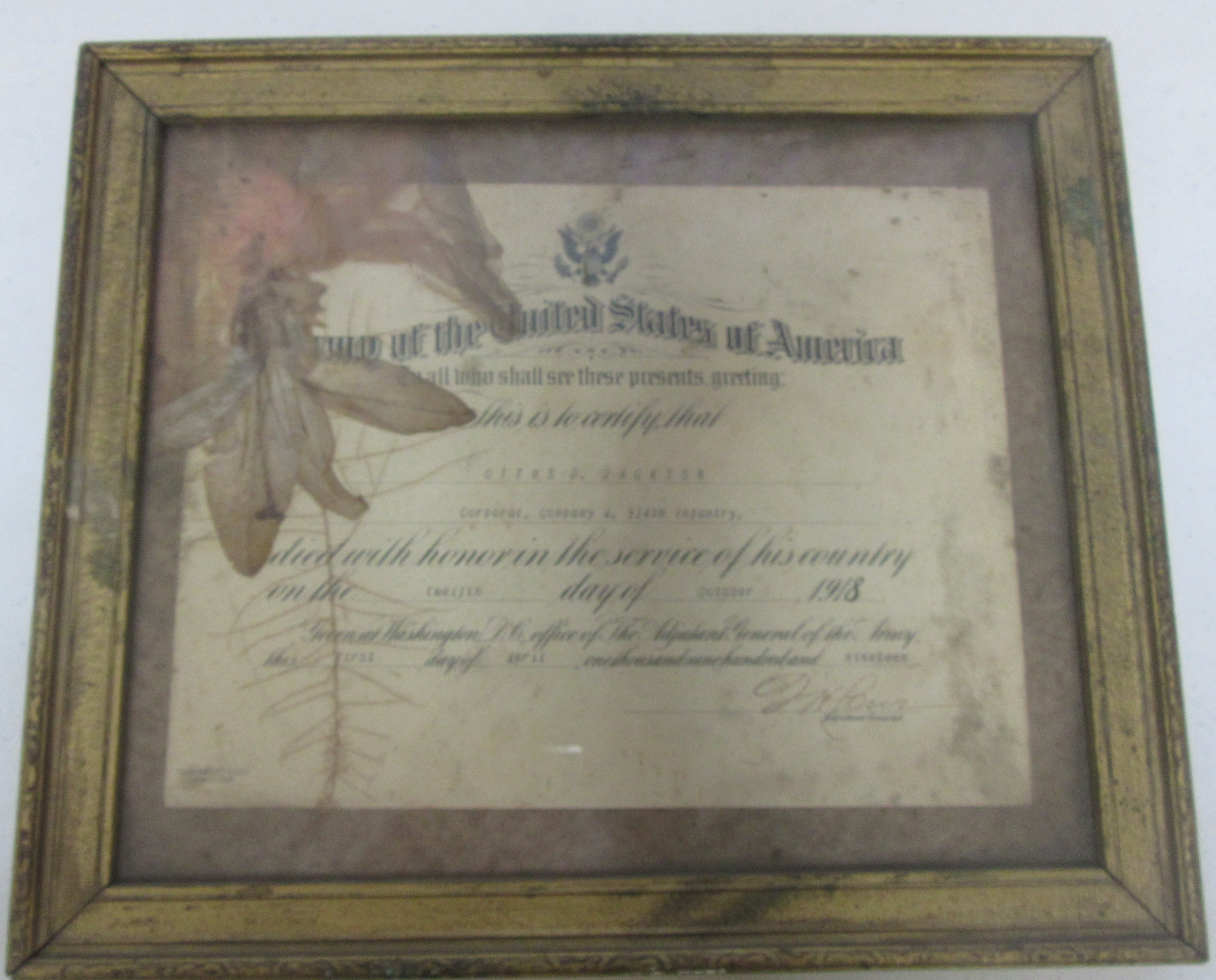 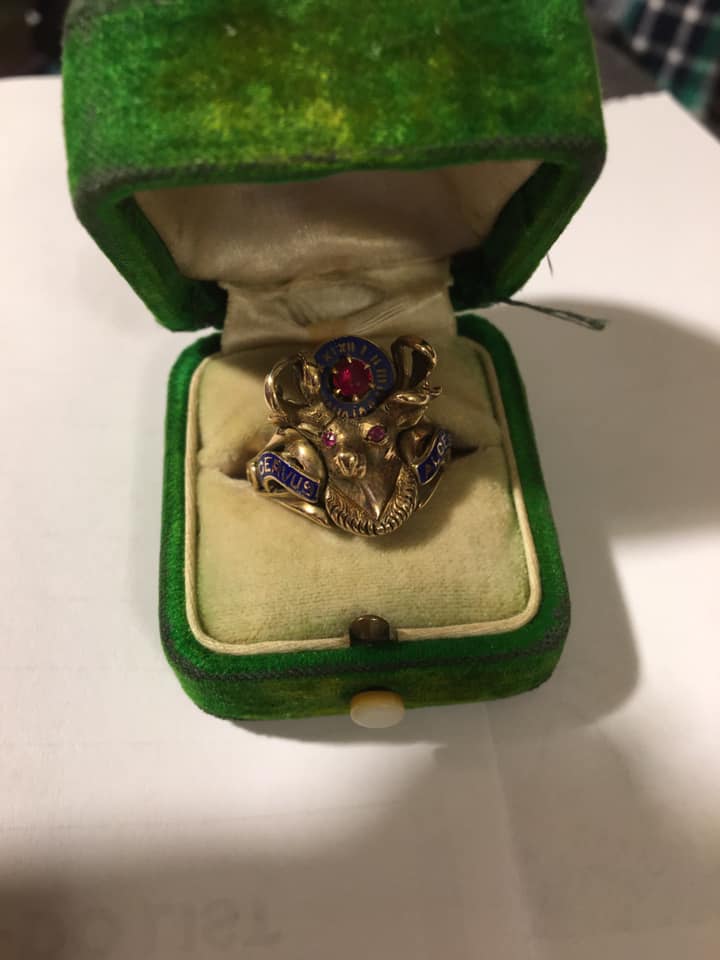 Ottus Davis “Ott” Jackson was born on April 14th, 1891, in Wayne County, West Virginia, to Henry S. and Martha Jackson. He lived at 1040 6th Avenue, Huntington, and worked as an Assistant Cashier for the American Bank & Trust Company. He entered service on April 27th, 1918, and was assigned as a Corporal, serial number 2715988, to Company A of the 314th Infantry Regiment, 157th Infantry Brigade, 79th Division, US Army. He sailed for France from Hoboken, New Jersey, on the LEVIATHAN on July 8th, 1918. He fought in the first part of the Meuse-Argonne Offensive before his unit was relieved and it retreated for training. It was said that they practiced with gas masks using live gas and he accidentally inhaled some, was weakened, and developed pneumonia. He died of the disease on October 12th, 1918, in France. The news of his tragic fate arrived just in time to sadden his friends’ and family’s victory celebrations:

SOLDIER BOYS DIE OVER THERE FROM PNEUMONIA

WAS WELL KNOWN THROUGHOUT CITY…

It was not all joyousness in Huntington on the occasion of the celebration of the ending of the war, foe there were many to sorrow for boys who laid down their lives over there.

The day brought a message which has occasioned peculiar regret because of the prominence and popularity of Corporal Otis D. Jackson, of whose death in France it told. Corporal Jackson was formerly assistant cashier of the American Bank & Trust company, leaving that position last July to go to Camp Meade and prepare for service in the army.

He was well known and warmly liked by the patrons of the bank, was a popular member of the Elks’ lodge and a general favorite in downtown circles.

The message received stated that he had died of pneumonia on October 12.

His father, H.S. Jackson, is a well known farmer living near Wayne. He leaves also a brother in service in France….

He Was Assistant Cashier of American Bank & Trust Co. Before Becoming A Soldier

O.D. Jackson, who was assistant cashier of the American Bank & Trust Company before entering the service, died in France of pneumonia on October 12.

When the deceased answered the draft he was sent to Camp Meade with other Huntington boys but he became separated from the contingent at the time he was sent overseas.

This young man had a host of friends in this city and the news of his death with them quieted the joys aroused over the armistice victory. He was a life member of the local lodge of Elks and held the position of secretary previous to A.R. Hunt’s incumbency.

The parents of the deceased reside at Wayne.

As he was an Elk, he was honored at their memorial service:

It Will Honor Ninety-seven Members In Service In Addition to Eighty-One Deceased.

Program Completed for Exercises to be Held In Lodge Room Sunday Afternoon at 2:30

While the annual memorial service of Huntington Lodge, No. 313, B.P.O. Elks, will be more simply conducted this year than formerly, the occasion will bring its greatest significance to the members of this order. The day is to have a double meaning; in addition to being a memorial to the “absent brothers,” it will take account of those others who went out from the fraternity to answer the call of their country.

Soldiers of the Great War - courtesy of Eric Baker

Courtesy of the Mills Family

Courtesy of the Mills Family