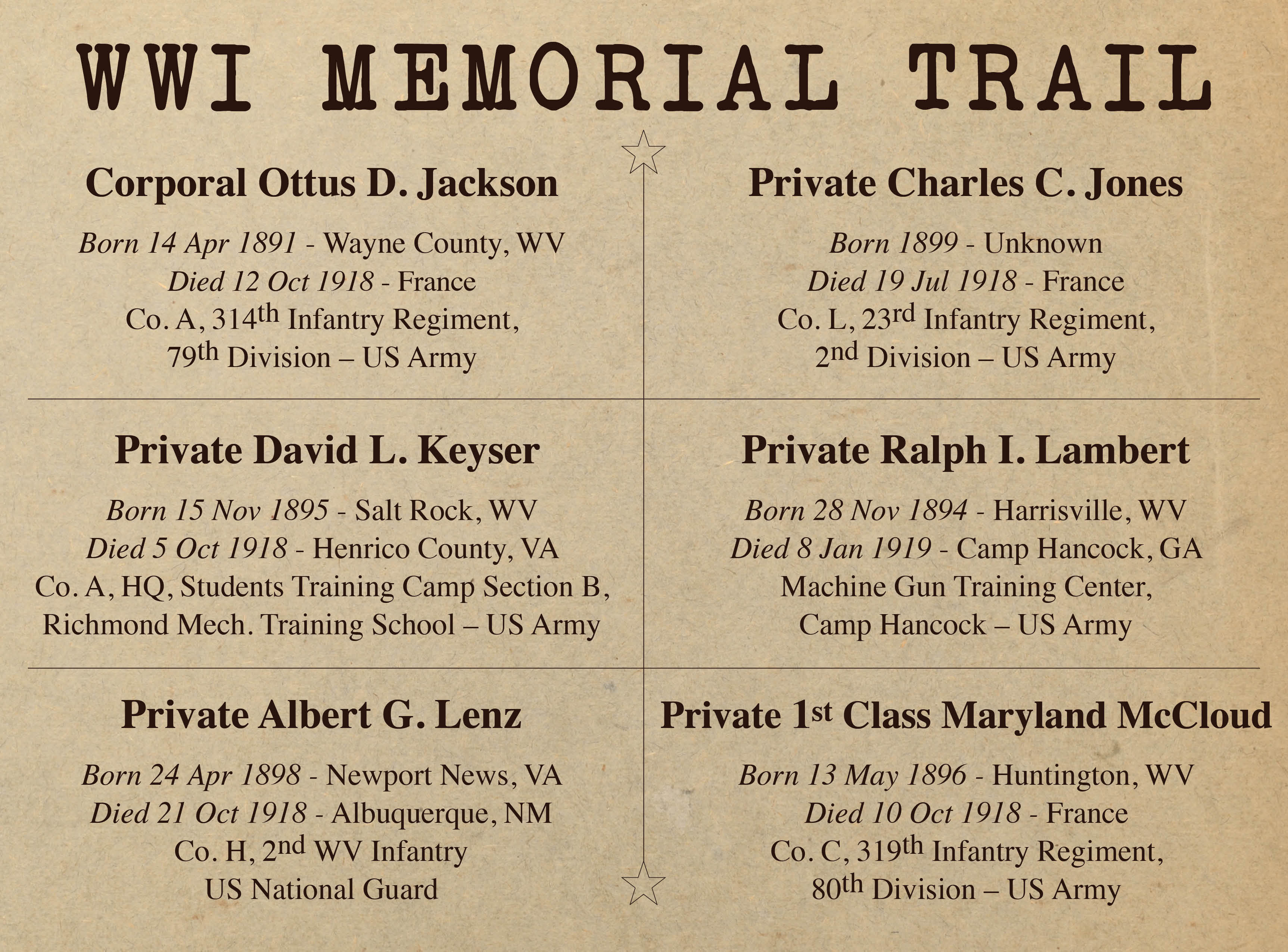 Charles Calvin Jones was born on October 20th, 1897. He lived in Huntington and entered service on April 3rd, 1917. He was assigned as a Private, serial number 1559944, to Company No. 9 of the Camp Shelby Automatic Replacement Draft and sailed for France from New York City on the GRAMPIAN on June 11th, 1918. He was transferred to Company L of the 23rd Infantry Regiment, 3rd Infantry Brigade, 2nd Division, US Army. He was killed in action on July 19th, 1918, in France and was originally buried in AEF Cemetery 615. His remains were moved to a small American Cemetery before being finally reburied in the Oise-Aisne American Cemetery. His aunt, who raised him, was later able to visit his grave via the Gold Star pilgrimages offered to mothers and widows of fallen soldiers buried overseas.