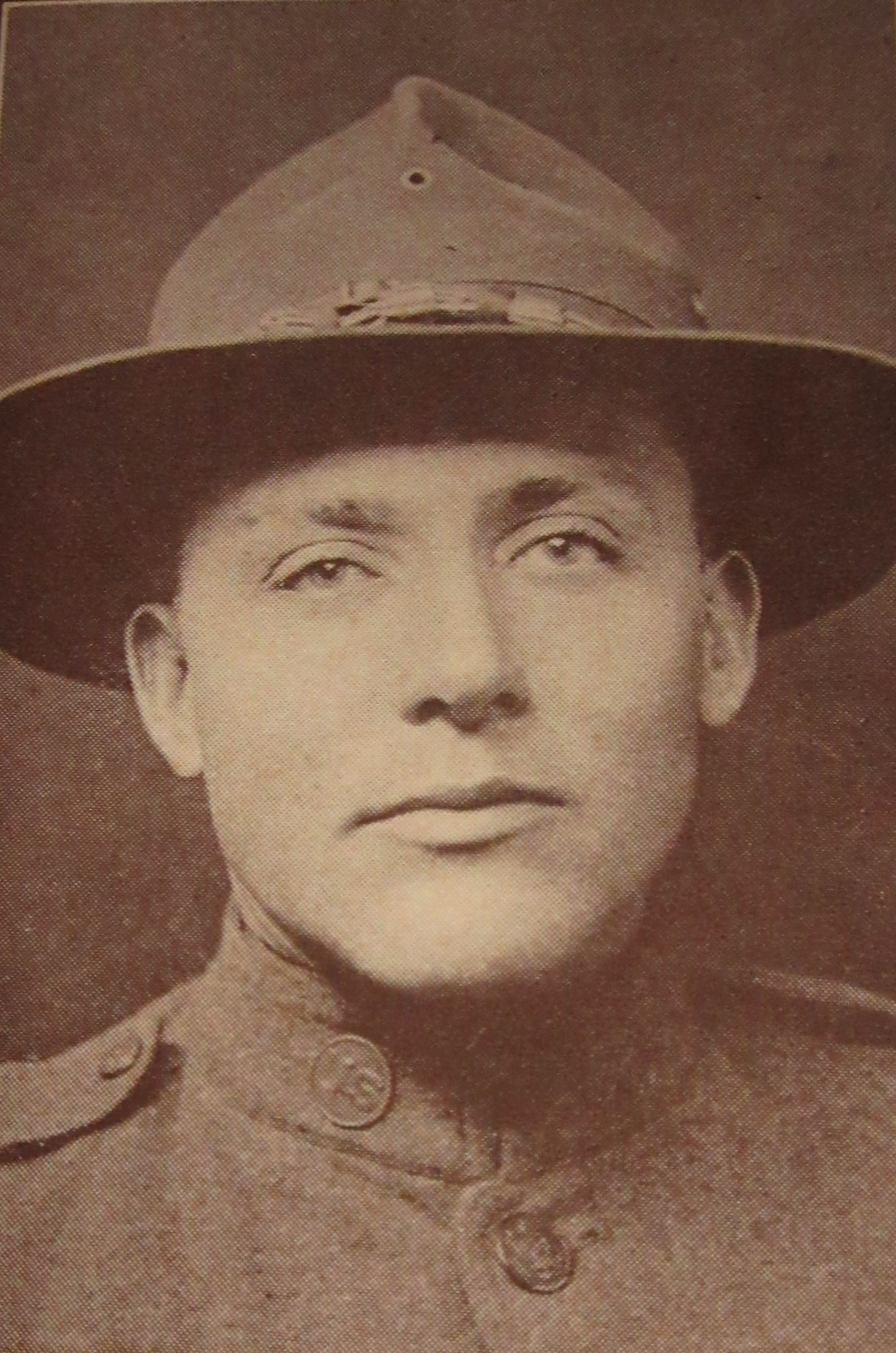 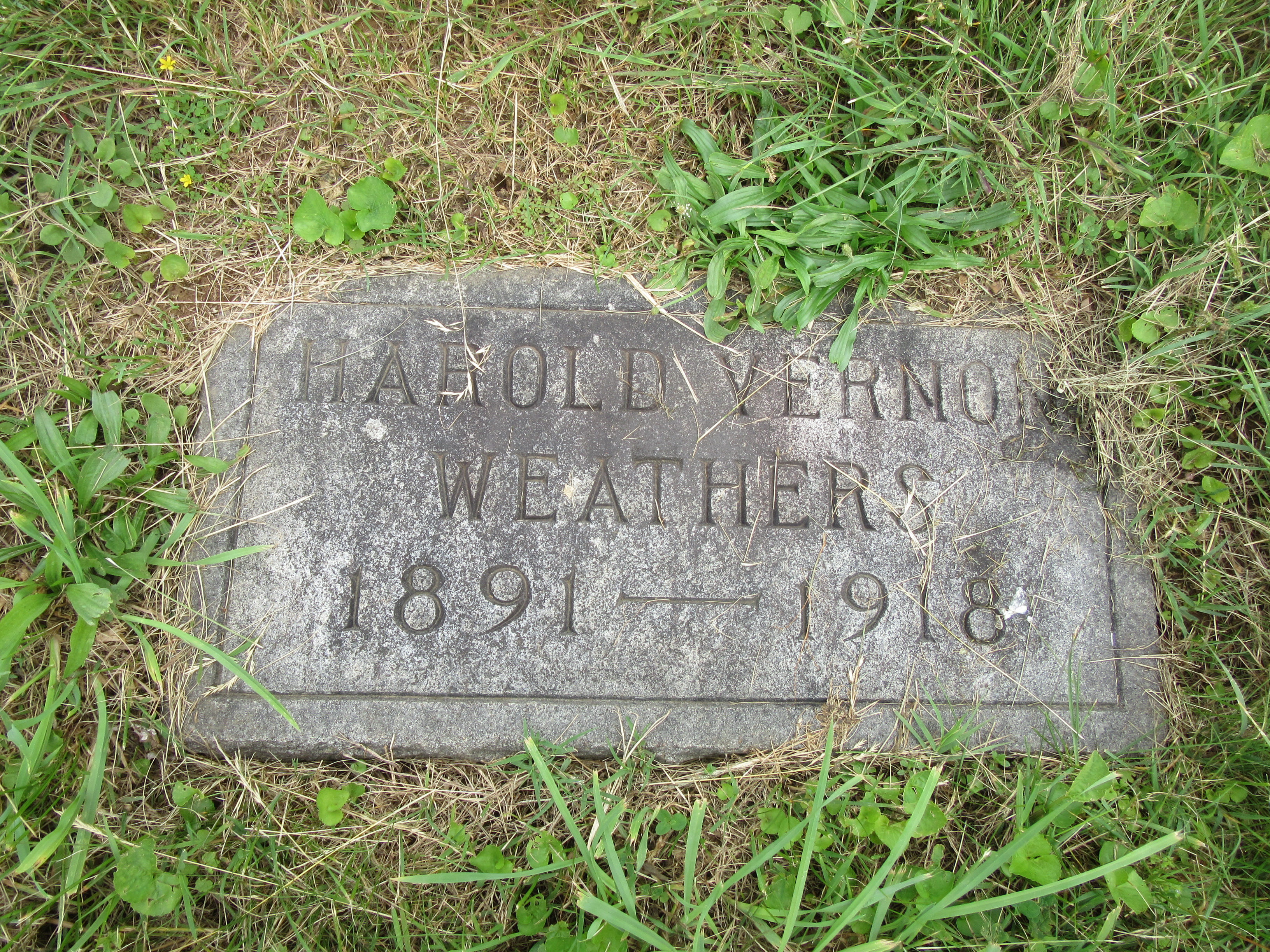 Harold Vernon Weathers was born on July 24th, 1891, in Divide, Colorado, to Frank M. and Jennie (Hunter) Weathers. He lived in Omar, Logan County, West Virginia, worked as a bookkeeper, and was married to Anna Elizabeth Weathers. He entered service on December 12th, 1917, and trained at Waco, Texas, and Wilbur Wright Field. He was assigned as a Private to the US Army Air Service but was given a discharge on account of his health around August 1918. He died of meningitis and Stokes-Adams disease at the Sheltering Arms Hospital, Hansford, Kanawha County, West Virginia, on October 28th, 1918.

REMAINS WILL BE BROUGHT HERE TODAY

Deceased Was Recently Honorably Discharged From Service Because of Ill Health.

Mrs. John Davin, of 525 Fifth street, received word last night of the death of her brother, Harold Vernon Weathers, at the Sheltering Arms hospital, Handley. The remains will be brought to Huntington on No. 33 today and the funeral probably held Wednesday afternoon from the Davin home.

The deceased was 26 years old and is survived by his wife. He was one of the Huntington draftees and about two months ago was honorably discharged from the service because of ill health. His condition since then gradually grew worse.

He was buried in Huntington’s Spring Hill Cemetery.