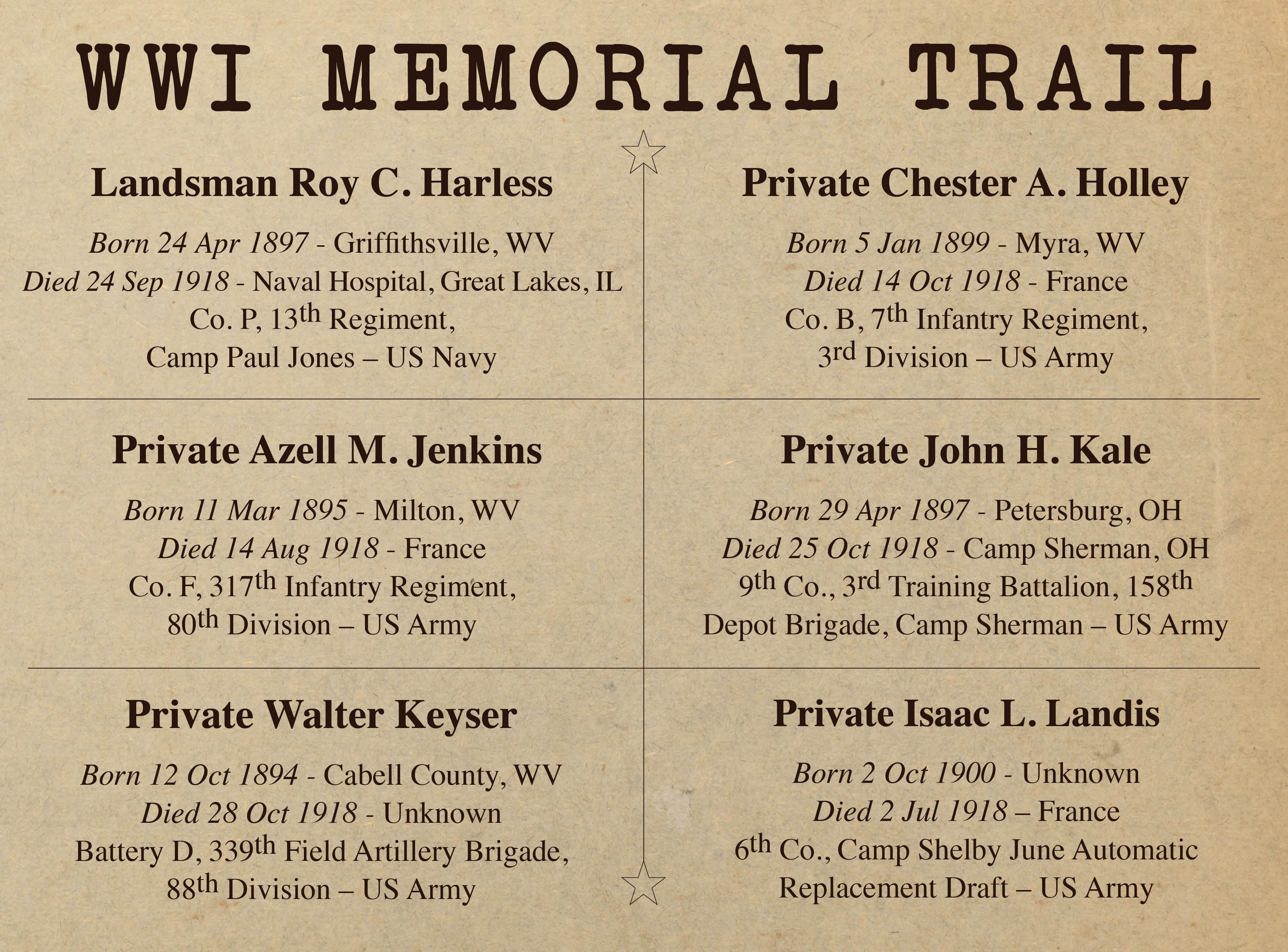 Isaac Lewis Landis was born on October 2nd, 1900, to Rebecca Landis. He lived in Cressmont, Clay County, West Virginia, and entered service on June 17th, 1917. He was assigned as a Private, serial number 1559769, to the 6th Company of the Camp Shelby June Automatic Replacement Draft and sailed for France from Hoboken, New Jersey, on the ANCHISES on June 12th, 1918. He died on July 2nd, 1918, in France because of a railroad accident. He was first buried the same day in an American Cemetery. His remains were sent home from St. Nazaire on the USAT SHERMAN on August 31st, 1920, and they arrived at Hoboken on September 11th. He was buried in Asbury Cemetery, Enoch, Clay County.