Russel C. Dillard; Russel Dillard was a WWI Veteran but actually lived through the war and died in 1974 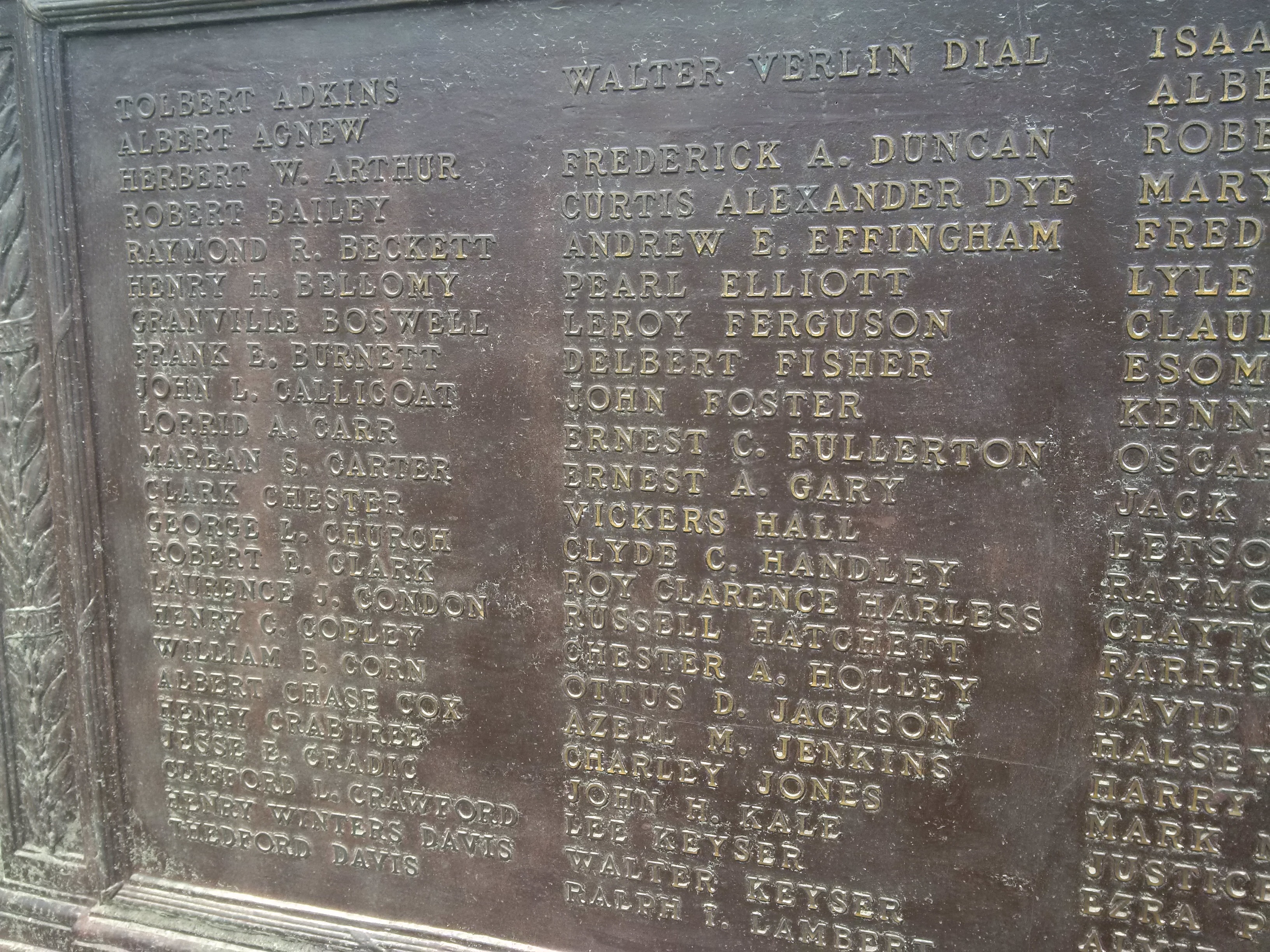 Russel Corbett Dillard was born on July 2nd, 1892, in Broadway, Virginia. In 1910 he lived at 1831 Virginia Avenue, Huntington, and worked as a barber. Though he served in World War I, he lived through it, married Wilma (Wilcher) Dillard, and died on March 15th, 1974, at the Huntington VA Hospital. He was accidentally included in the original dedication of the Memorial Trees, though his name was later removed from some records. There is now simply one blank line on the plaque on the Memorial Arch which lists the names of the other soldiers.