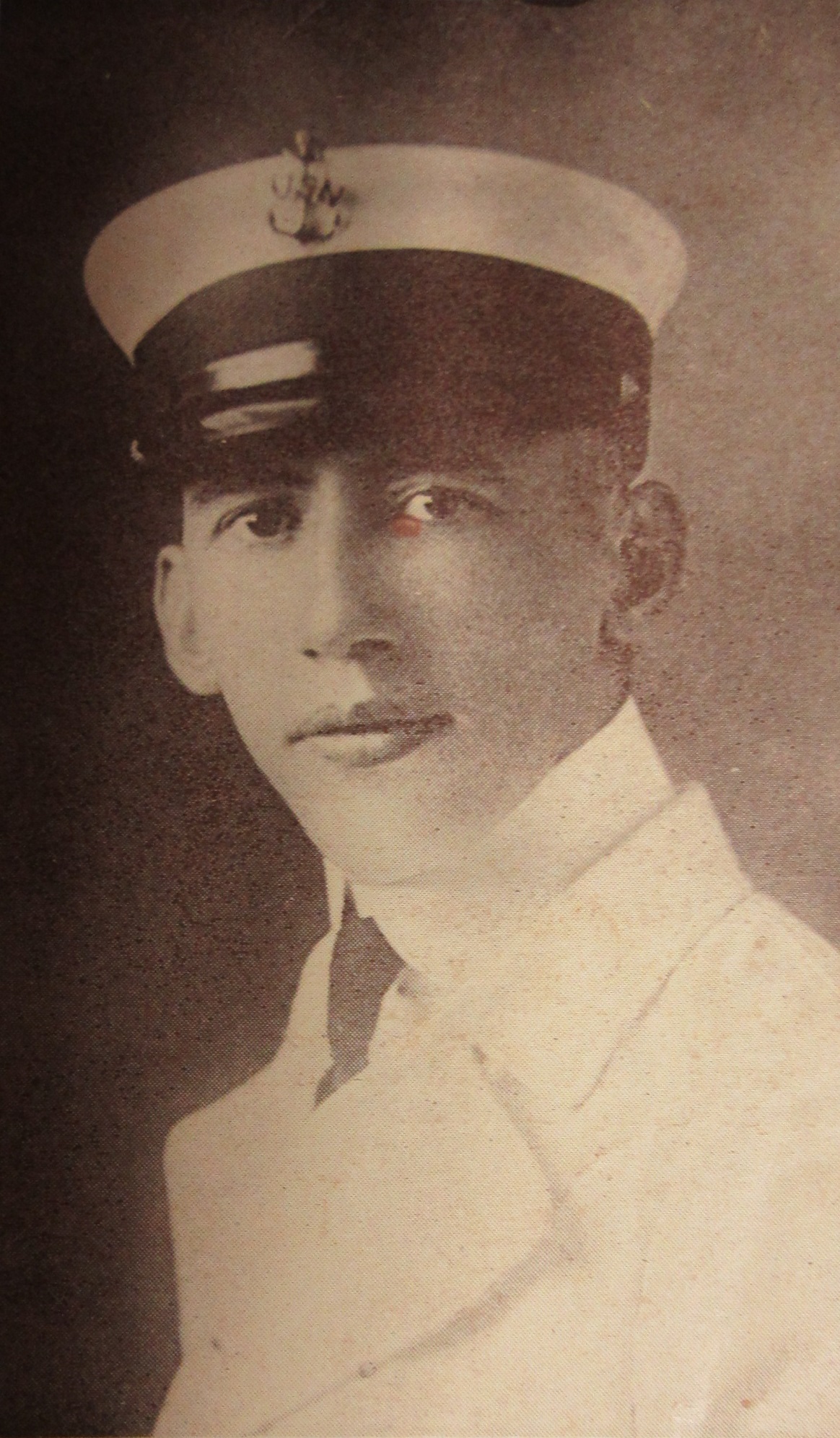 Laurence Joseph Condon was born on September 4th, 1895, in Williamsport, Pennsylvania, to John B. Condon. He lived in Huntington and enlisted in the Navy at Parkersburg, West Virginia, on April 2nd, 1917. He became a Commissary Steward on the USS MARTHA WASHINGTON of the Navy Reserve Force. He died on August 6th, 1918, in the Naval Hospital, Portsmouth, Virginia, of cerebrospinal fever.

News came over the wire to his father in Williamson Tuesday from the naval base hospital at Portsmouth, Va., but no details were given.

John B. Condon, the father, received a letter from his son Tuesday. The missive was forwarded from a port in France, and at the time of the writing the young man was apparently in the best of health.

When his father was manager of the Hotel Frederick here, young Condon was steward of the hostelry and had a host of friends not only among Huntington people but among the traveling men who regularly visited Huntington.

He made several ineffectual attempts to enlist in the Army following the outbreak of the war but was finally accepted for transport service. His fiancé, Miss Myrtilla Watters of 1743 Fifth avenue, was grief stricken yesterday when she learned of young Condon’s death. She had received a letter but a few days ago from him in which he expressed the hope that on his return trip he might be able to visit Huntington.

No arrangements have been made for the funeral. Major Condon has gone to Portsmouth to bring the body of his son home.

How Lawrence J. Condon, former Huntingtonian, who died in service was buried with military honors, is told in the following clippings from the Williamsport, Pa., Gazette and Bulletin of August 12:

LAWRENCE J. CONDON BURIED WITH ALL THE HONORS OF WAR

The funeral of Lawrence J. Condon, son of Mr. and Mrs. John B. Condon, was held yesterday afternoon, with services at 2 o’clock at the Church of the Annunciation. Prior to the funeral, the escort, composed of the Renasz band: Company H, Pennsylvania Reserve Militia; the Spanish War Veterans; Reno post, Grand Army of the Republic; Knights of Columbus, Council 366 and a delegation from Sons of Veterans, all under the direction of Marshal James E. Gibbons, marched from the corner of Fourth and Pine streets to the residence and escorted the body to the church.

The deceased was a commissary steward in the United States navy and the pallbearers were all from the navy, three being from the local recruiting office and three from the Scranton office who came here for this special purpose. On each side of the hearse an American flag was carried, with a color guard detailed from Company H.

At the church the body was carried to the altar, were the funeral services were conducted by the Rev. Father Costello, who preached a very impressive sermon.

Following these services, the escort took the body to Mt. Carmel cemetery, where, after the flag-draped casket had been lowered into the grave, with the usual service, a squad from Company H fired a salute and the bugler played “Taps”.

Commissary Steward Condon was 22 years old, having been born in Williamsport on September 4, 1895. Last year he enlisted in the navy, had received promotions, and was in line to go still higher. He was well known in this community, and was well liked and highly respected by all who knew him. He died last week at the Portsmouth navy yard after a short illness.

Yesterday afternoon, in company with one of the most distinguished newspaper writers of Philadelphia, I stood bareheaded along the curb as the military funeral of Lawrence J. Condon passed by. I knew Lawrence personally. I knew his father, but not his mother. He was a son of whom everybody in our city can truthfully say “He honored his father and mother.” When the procession reached the Church of the Annunciation and as the casket was taken from the hearse and carried up the steps, passing under the large service flag over the doorway which contained a star for Lawrence, I thought of the golden star that will soon replace the blue star on this large flag, and as I looked out over the vast throng gathered here, standing bareheaded in respect for him who had given his life that you and I might live in a world of freedom and true Americanism, my soul lifted itself up to God in prayer and I thought I could almost see God and the Great White Throne – and Lawrence receiving his Crown of Gold.