The Original Jacob Spori building was built in 1903. It was the oldest education building in Idaho until it burned down in 2000. It was originally built to be a part of Bannock Stake Academy, and then became the first building associated with Ricks College (later BYU-Idaho). In 2003 building of the same name and style was constructed in the same location to replace and honor the original building. 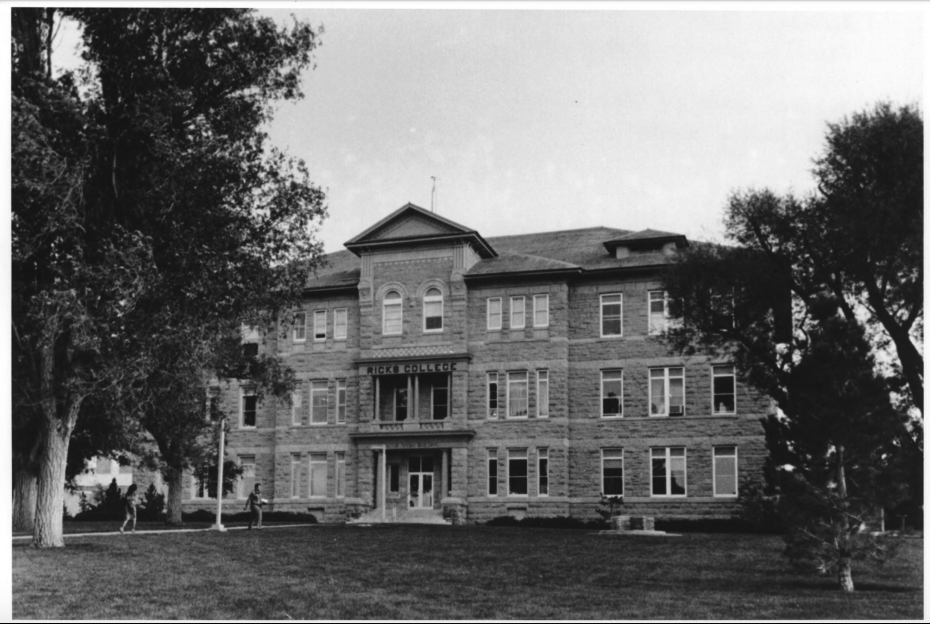 The Jacob Spori building began construction in 1900 and the building was completed and dedicated in 1903. It cost about $60,000 and much of the funds came from local donations. At the time it was built it was the tallest building in Rexburg. The Jacob Spori building was the first building built for Ricks College in Rexburg (a local community college that would later become Brigham Young University - Idaho), and served as an administration building. As the central (and for a while only) building on campus, it served many functions. The College and Student body presidencies had their offices there, and classes, religious meetings, and university events were held. As the campus grew, the Jacob Spori building served as a reminder of the educational and spiritual legacy of the college, and the efforts of early students, teachers, and administrators. The original building was listed on the National Register of Historic Places in 1989.

Over the years the building deteriorated. The building was constructed with locally mined rhyolite stone - adding to the local flair of the building, but the softness of rhyolite caused structural problems. In addition to issues with the roof supports, these structural problems led to the decision to demolish the building. Before they could finish demolishing the building it caught on fire and burned to the ground. The timing caused many locals to question whether or not the fire might have been intentional.

in 2001, just after the Spori Building burned, Ricks College transitioned from it's humble, one building beginnings to a fully fledged 4-year institution - Brigham Young University-Idaho. To honor and remember their beginnings as Ricks College, the University built a new Jacob Spori Building on the location of the original. The new Jacob Spori building was completed in 2003, and remains an important part of campus life today.