Charles Bulfinch designed Pearson Hall, the second building in Seminary Row. The building was originally named for its donor, William Bartlet of Newburyport, one of the founders of Andover Theological Seminary. It housed a sanctuary and library as well as classrooms for the seminarians and was known as Bartlet Chapel. It was later renamed Pearson Hall in honor of Eliphalet Pearson, the first principal of Phillips Academy and the major force behind the seminary. The Newburyport bricks, 12-over-12 pane windows, sandstone lintels, sills, keystones, and cornerblocks are original. Bulfinch stipulated marble details on all four facades, but, for economy's sake, Bartlet, who had almost complete control of the construction, replaced the marble with sandstone. Nothing remains of Bulfinch's interior because, in 1875, the building was remodeled, and a clock tower was added. In 1922 architect Guy Lowell restored Pearson to its original appearance with a recreated cupola, cornice, and balustrade. It was also moved back and turned 90 degrees at the south end of the Greener Quadrangle. Pearson Hall is now a classroom building. 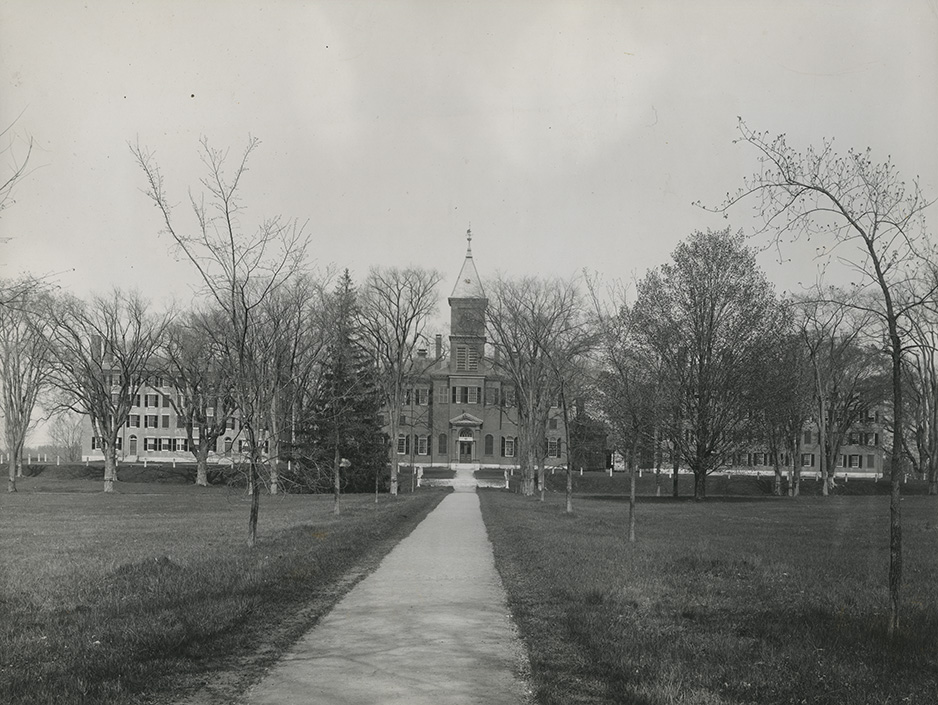 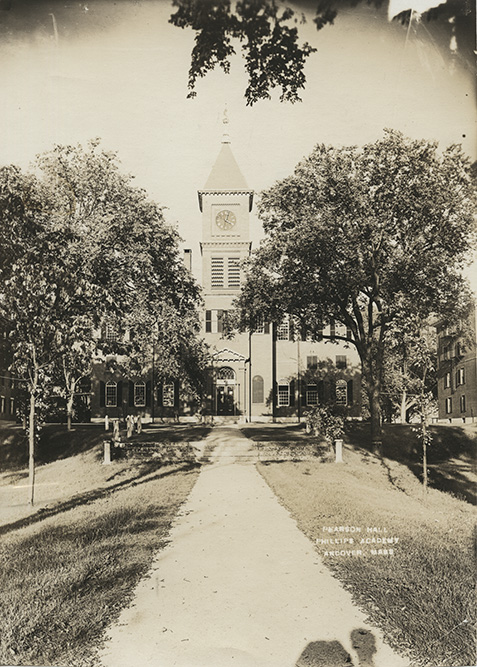 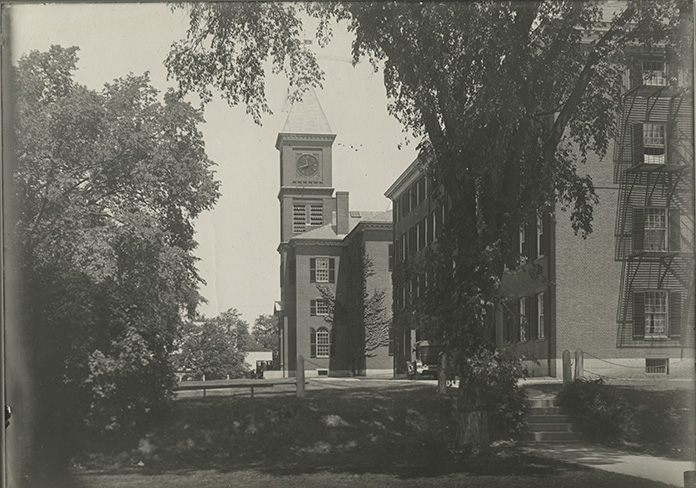 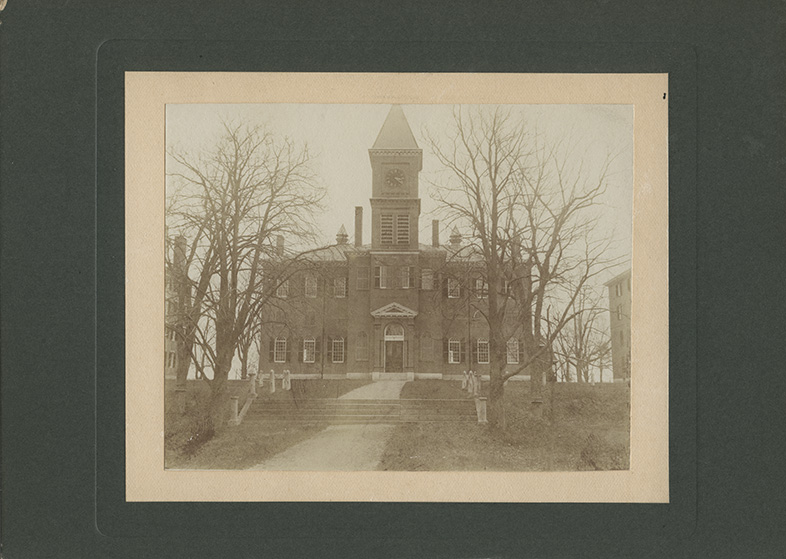 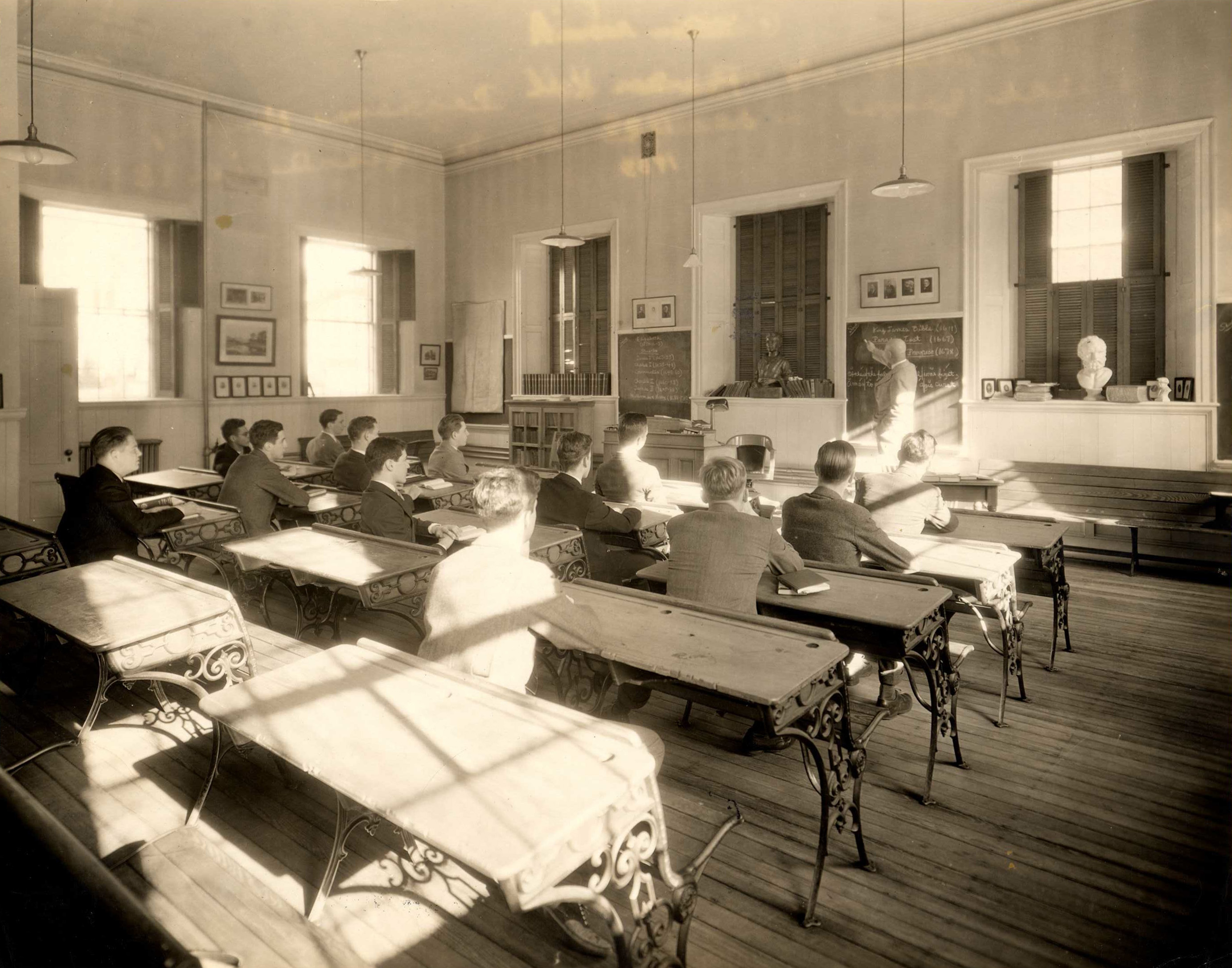 The campus today is recognizably the campus that existed in the 1830s. Likewise, the public road system traversing the center of campus has not changed since the 1830s: Main Street, Phillips Street, and Salem Street remain essentially as they were. Then as now the hub was the "Seminary Common," today's Great Lawn. Fronting the high road, the common extended nearly 1,100 feet from Chapel Avenue on the north to Salem Street on the south. A fence surrounded the common on three sides, just as today a stone wall surrounds it. In 1838 young elm trees bordered the common along Chapel Avenue, Main Street, and Salem Street. On the east side of the common, facing the main road and set up on a broad terrace, stood a row of three dignified brick buildings, the one in the center (Pearson Hall) topped by a tall cuploa. An axial, tree-lined path, nearly 500 feet in length, led to these buildings from Main Street. A second path, called the Elm Arch, crosses the the common, side-to-side.

In 1838, as today, everything on and around the Seminary Common belonged to the trustees of Phillips Academy. Unlike today, the campus accommodated three educational institutions, each with its own faculty and students, all under the aegis of one board: Phillips Academy, founded in 1778, then referred to on campus as the Latin or Classical Academy; Andover Theological Seminary, founded in 1808; and the English Academy and Teachers Seminary, founded in 1827. Andover Theological Seminary dominated.