Mt. Hope stands on the corner of Mill and New Street, home to Benjamin and Maria Gratz. Today Gratz Park holds a history of 19th Century Lexington that brings the city in central Kentucky to Washington D.C. and Philadelphia, Pennsylvania. Benjamin and Maria Gratz helped bring a new era to Lexington and lived through the citiy's darkest years. The area of Gratz Park was once described by Kentucky architectural historian Clay Lancaster: "the park has charm, atmosphere, a sense of tranquility and of history, and it provides an oasis of planting tucked into the cityscape."[1] Today Gratz Park remains a center for Lexington history, from Henry Clay's old Law Office to Mt. Hope all the way to the "Fountain of Youth." The fountain on the north side of the park is in memory of Lexington author James Lane Allen.[2] 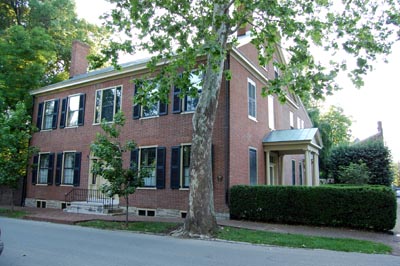 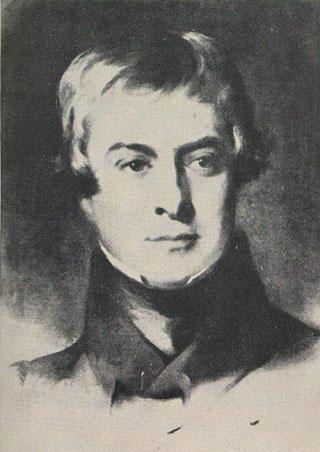 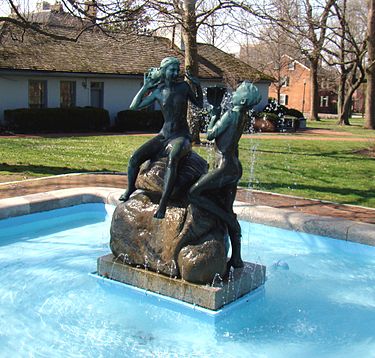 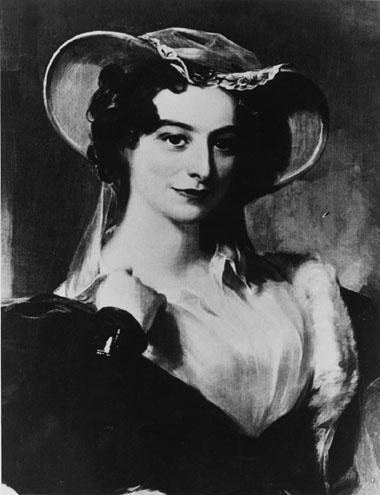 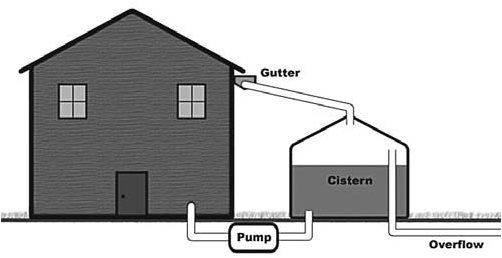 Benjamin Gratz was born on September 4, 1792, in Philadelphia, and later arrived in Lexington in 1819. [3] Gratz was born into a family that rose to high social standing later in life. Not only was the Gratz name key in Lexington, Kentucky, Benjamin's sister Rebecca Gratz was the founder of Philadelphia’s first women’s philanthropy organizations. The family was a proud Jewish family in a time that most high-level members of American society were mainly Christian. The Gratzes helped usher in the way of Jewish families into the upper classes of early American society. The Gratz family lost their parents in the early 1800s; first losing their mother in 1808 and in 1811 their father. After the death of both parents, five of the Gratz siblings--all unmarried--remained in the family home. [4] The five siblings were Hyman, Joseph, Jacob, Sarah, and Rebecca. The siblings later involved themselves in the founding of various organizations including, but not limited to Mikveh Israel's board of directors, Philadelphia's Athenaeum, the Deaf and Dumb Home, the Chestnut Street Theater, the Academy of Fine Arts, and various libraries. [5]

While not as well known as other aspects of the settling of the west, the 1800's up to the Civil War era were key times for the mass movement of Jewish families into the west. Benjamin Gratz arrived in Lexington in 1819, while just years before in 1802 John Jacob moved near Louisville. By the 1850’s Louisville’s Jewish community was seen as a major Jewish center in the United States, along with New York, Philadelphia, Baltimore, and Cincinnati. [6]

The famed beauty destined to marry Gratz was born Maria Gist in 1797 in Clarke, Kentucky to Col. Nathaniel Gist and Judith Cary Scott. Nathaniel Gist fought in both the French and Indian War and the American Revolutionary War. Gist’s father was not only friends with President George Washington, he was also reported to be the father of Sequoyoh the creator of the Cherokee Syllabary.

Many of the stately Lexington homes in the area where the Gratzes lived (that would later become known as Gratz Park) were for upper-class citizens.  Private wells and cisterns allowed many wealthier residents to live through the Cholera epidemic in Lexington. The City of Lexington had some of the highest death rates in the state of Kentucky with 489 deaths recorded between 1832-33. It should be noted that this number was more than Cincinnati, Ohio which only had 300 deaths during the same time. The cisterns and private wells that family's used in places like Gratz park were helpful for the keeping them from getting sick during the epidemic. Today thanks to indoor pluming we not longer have to use cisterns, while many older homes never took them out they instead used them as storage for other things. "The cisterns themselves provide information often unavailable elsewhere about the communities that depended on them for water." [7]

It was Maria Gratz the wife of Benjamin who founded the Orphan Society as a result of the epidemic. Helping kids in the city of Lexington have a fighing chancs to live. Maria Cecil Gist Gratz had established herself as an active leader in local charity and society when she died at the young age of 44 in November 1841. [8][9] Her Husband would outlive her by another 47 years. After remaining in Lexington until some time before 1843, Benjamin died four decades later at 91 in March 1884. Benjamin Cattel Gratz's death was one felt all the way to the east coast with newspapers publishing his obituary and life accomplishments.[10]

8.Foody,Terry. “Response, Effects and Implications for Our Health Today” (Killing in the Bluegrass)

Not Open to the Public