With more than 2,500 plots and existing as a burial ground for roughly three centuries, the Old North Cemetery serves as a monument to Concord's lengthy history. Notable people such as President Franklin Pierce, governors, senators and industrialists are joined by abolitionists, lauded religious leaders and military veterans dating back to the Revolutionary War. 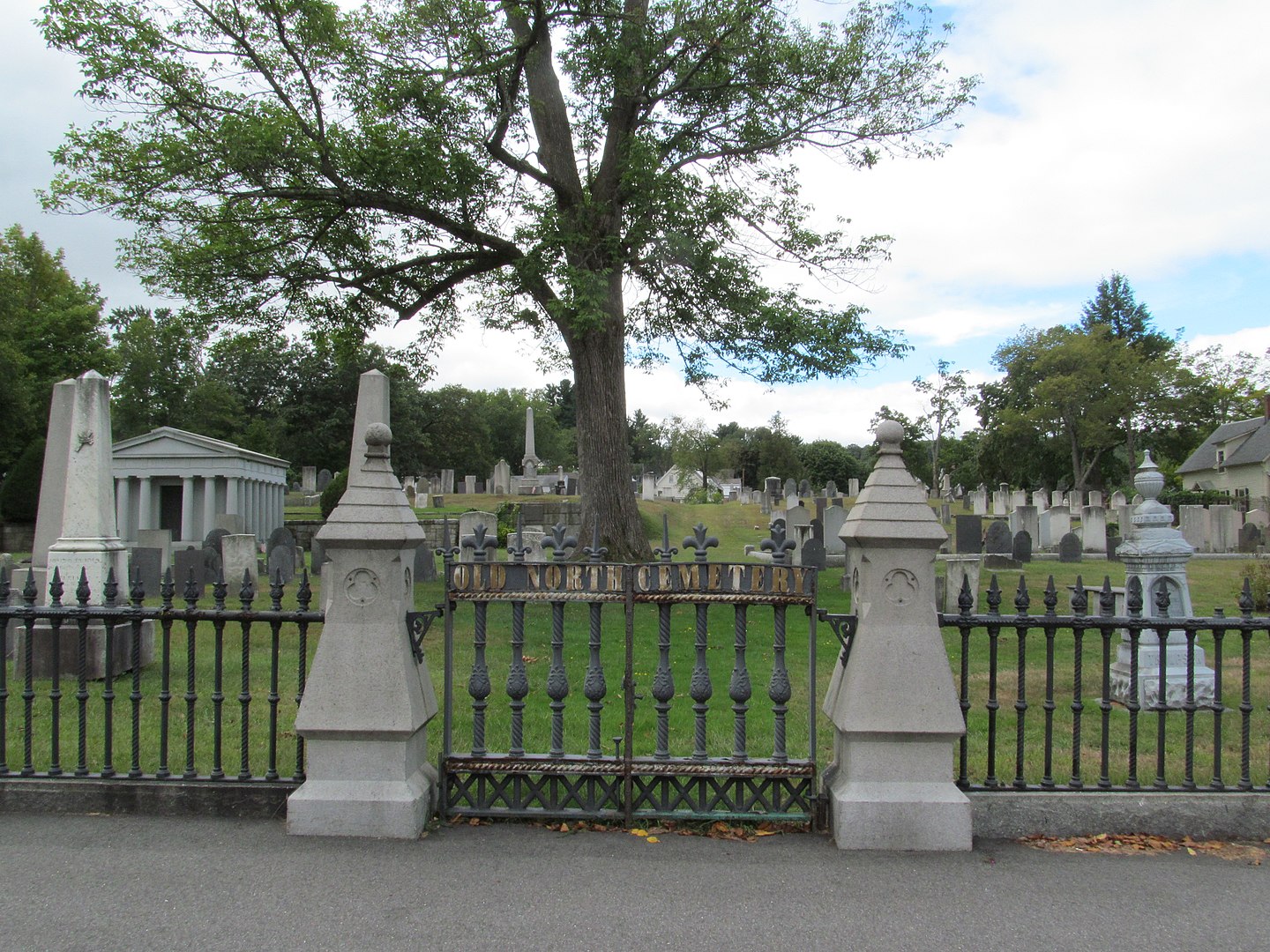 The City of Concord's Old North Cemetery dates back to 1730 when it was established as the city's first burial ground (the town was known as Penny Cook in 1730). The Old North Cemetary holds many of the Concord's noteworthy citizens, such as President Franklin Pierce, Governors David L. Morril and Matthew Harvey, and Lewis Downing, who founded the Abbot-Downing Company and creator of the Concord Coach. Moreover, with roughly 2,500 plots, the cemetery provides a visual clue into nearly three centuries of Concord history. As well, many of the gravestones, mausoleums, and monuments enjoy architectural significance and enjoy a lengthy history.

Around 250 of the cemetery's notable mausoleums, monuments, and gravestones are attributed to the work of lauded carver, John Wright, who came to the U.S. from Ireland (Ulster County) in 1718 at the age of sixteen. Wight's carving career spanned nearly forty-five years; He usually carved a type of stone that more closely resembled granite than the commonly used slate. The granite-like material was harder in texture and exceptionally challenging to incise.

What is striking about the general narrative surrounding the cemetery is that most of its "celebrated" plots are attributed to white males. In fact, several leading white females buried at the cemetery have biographies that include notes about their relationships with either their father or husband. It speaks to both the broader culture that's existed for centuries that placed white males ahead of other genders and races, allowing them to gain fame in life (and in death)