A National Historic Landmark, this beautiful two-story house was the childhood home of Franklin Pierce, the 14th President of the United States (1853-1857). It was built by his father, Benjamin, in 1804, who became a large landowner/farmer and eventually became governor of New Hampshire. Franklin lived here until 1834 when he got married, with the exception of the seven-year period he went to school (he studied law at Bowdoin college). After college, he participated in his father's campaign governor. The home is an excellent example of New Hampshire village architecture, with a clapboard exterior and a hipped roof. The house has been restored and still retains some original elements including original French wallpaper in the parlor. The second floor features a large ballroom towards the front of the house and bedrooms in the back. Visitors will see the curved table Franklin used when he served as the speaker of the state legislature in the ballroom and period furniture throughout the house. The Hillsborough Historical Society operates the house and runs a museum in the nearby barn. 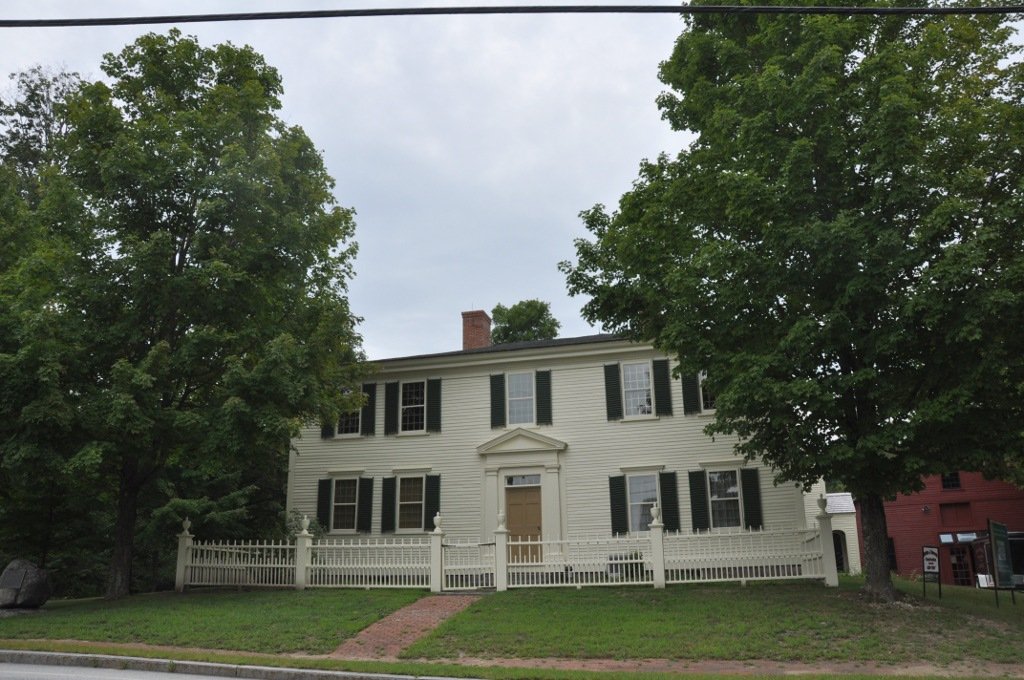 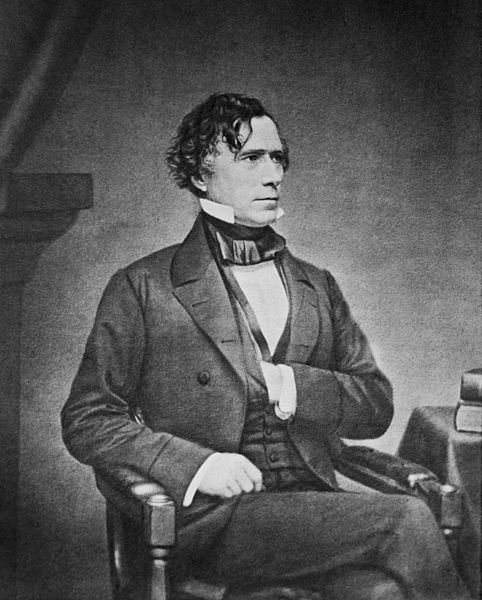 Franklin followed his father's footsteps into politics, becoming elected to the state legislature at the age of 24 and eventually becoming speaker. He next served in the U.S. House of Representatives and the Senate. He and his wife, Jane, had three sons but sadly none lived to adulthood.
Franklin was a staunch Democrat and believed that maintaining national unity was the country's top priority during the years preceding the Civil War. As such, he strongly opposed abolitionism because he thought, correctly, that it was a dividing the country. He supported the Compromise of 1850, which temporarily defused the tensions between those who wanted new states to be free vs. those who wanted to expand slavery. Not long after Franklin became president in 1853, however, the uneasy truce was broken with the passage of the Kansas-Nebraska Act of 1854, which, briefly stated, stipulated that settlers in new territories could decide whether to allow slavery or not. Nebraska was admitted as a free state and Kansas as a slave state. However, anti-slavery settlers came into Kansas in large numbers to try to sway the decision to make it a slave state. Violence erupted between the pro and anti-slavery settlers, including abolitionist John Brown, who killed five pro-slavery men. The clashes became known as "Bleeding Kansas."
Franklin sent in federal troops to get the situation under control and appointed a new governor but it was too late. The abolitionist wing of his party left and formed a new party, the Republicans. They had already disliked Franklin for his anti-abolitionist views, among other issues, so the violence in Kansas was the last straw. During the Civil War, Franklin rejected the Emancipation Proclamation and was generally against Lincoln's policies, earning him even more criticism around the country but especially back in New Hampshire. He died in 1869 a bitter, depressed man, having lost his wife in 1863 in his friend and writer, Nathaniel Hawthorne, in 1864 (his eldest son died in a train accident not long after he won the presidential election). The family owned the house until 1925 when the state bought it.

Friday through Tuesday from late May 25 to early September. Then, it is open weekends only until it closes for the season i late October. Operating hours are 10 am to 4 pm, with the last tour at 3:15 pm.