This historical marker was dedicated in 1953 in commemoration of a battle that occurred during the Creek Indian War of 1813-1814. This conflict pitted Creek Indians aligned with the United States against a faction of Creeks known as the Red Sticks who had recently attacked a pair of forts and settlements. The battle was part of the larger conflict between settlers and Native tribes that erupted during the War of 1812. The marker shares the actions of General Andrew Jackson who led volunteers of the Tennessee Militia and allied Creek Indians in the battle against the Red Stick warriors. The Battle of Talladega was a victory for U.S. forces that led to the surrender of the Red Sticks at the Battle of Horseshoe Bend in 1814. The Creek Indian War saw shifting alliances with Native Americans in the area, culminating with most Creek allying with the U.S. and against the British during the War of 1812. Although this alliance secured trade benefits for the Creek and gave them advantages over area tribes, the growth of the United States shifted the balance of power. Despite supporting the United States against the Red Sticks, the Creek shared the same fortune as other Native tribes. 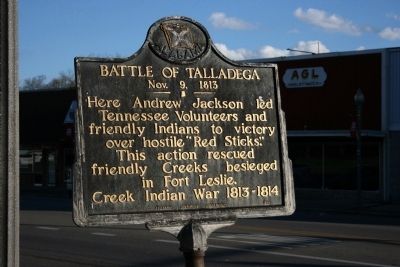 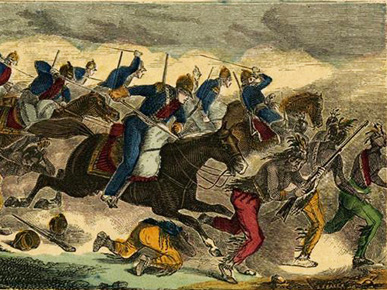 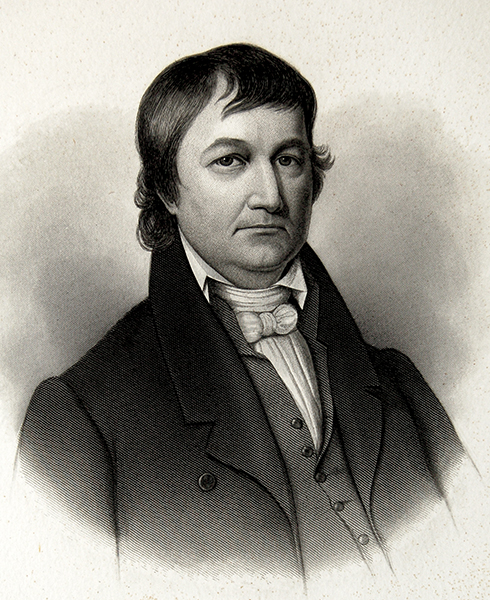 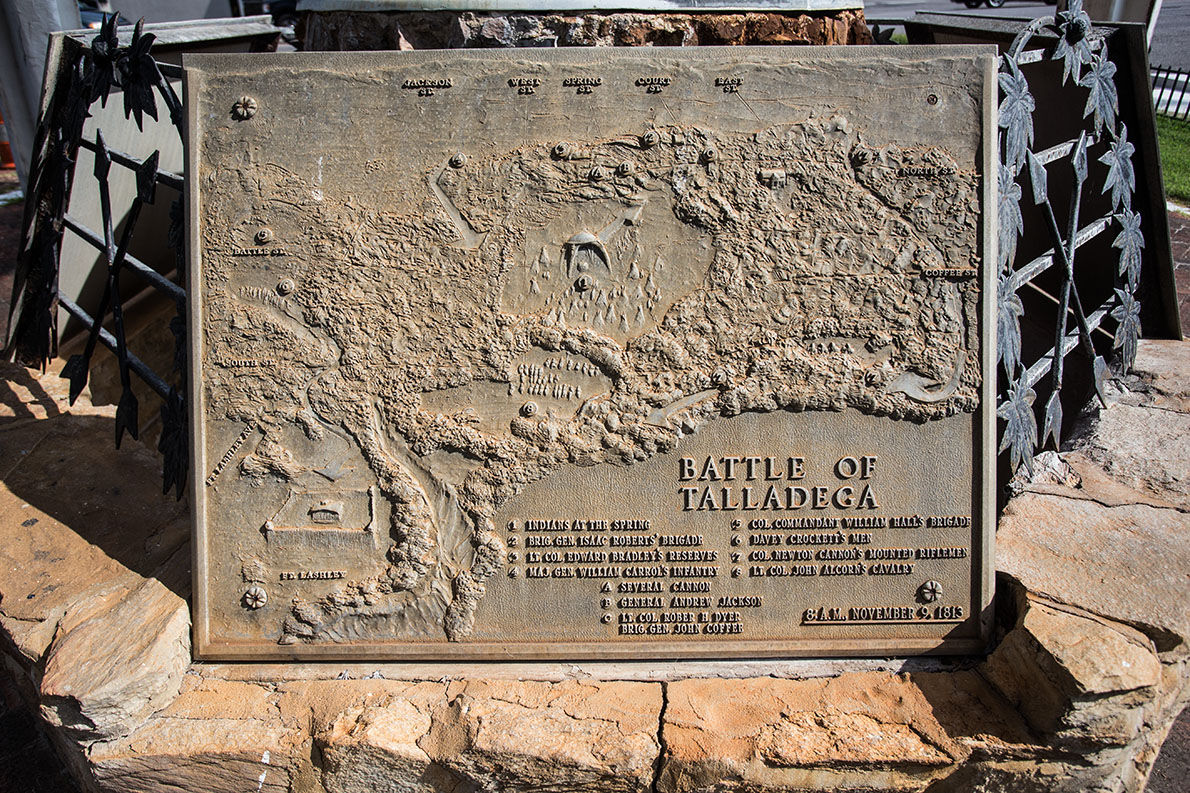 A map of Creek War Battle Sites from from the PCL Map Collection at the University of Texas at Austin. 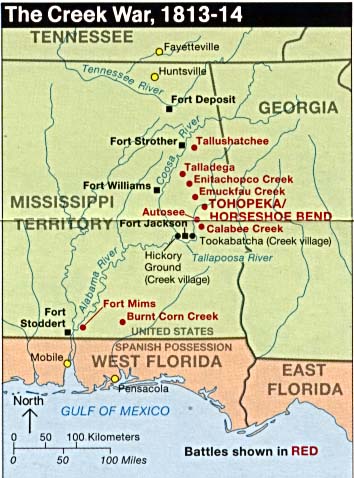 The Creek War can be understand partially as a civil war among Creeks who supported the National Council of Creeks and had an alliance with the United States, and a new faction of Creeks who rose up in rebellion against this alliance. The rebel faction among the Creek became known as "Red Sticks," a name that referred to the color of the clubs they carried as weapons. Fearing Native Americans in the southern regions would join the British, the US rushed to form an alliance with the Creek against the Red Sticks. This division between the Creek demonstrated the difficult position of the Creek in forming vital alliances that connected them to weapons and supplies, especially following the defeat of Britain in the War of 1812.

The Creek National Council agreed to a treaty with the US and accepted payments for use of their hunting lands. While this provided them with supplies, it also increased their dependency on trade with the US. Other tribes in the Creek Nation did not agree with this tactic, especially as more American settlers were expanding and encroaching on Native American lands. A small band of Creek warriors murdered two men along Federal Road as well as two families near a settlement at Duck River in Tennessee territory. Benjamin Hawkins, a Federal Indian Agent, requested the Creek National Council to act and execute the guilty party under threat of federal intervention. Eight Creeks were executed as a result. Ignoring the threat of retribution, another band of Creek warriors murdered more American settlers in 1813. Again Hawkins demanded immediate execution of the offenders who were mainly from the Upper Creek Towns. The Creek National Council complied to preserve peace, but the decision to execute Creek Indians at the demand of the US led to a division of the Creek Nation.

On July 27, 1813, an attack by Mississippi militia on Creek Indians who had defected from the Creek alliance and were seeking aid from the Spanish occurred at Burnt Corn Creek. These rebels, soon to be known as "Red Sticks," turned their fury on settlers and Creek around Fort Mims on August 30, 1813. The attack left 250 dead and 100 taken prisoner by the Red Sticks. The Red Sticks continued their warfare against American settlers along the Chattahoochee River, increasing their support among other Native Americans in the area in ways that represented a significant threat to area settlers. As a result, volunteer militia and US troops organized a response. On November 3, 1813, Jackson sent his Cavalry commanded by John Coffee to Tullusahatchee. In the resulting battle 186 Red Sticks were killed, including women and children, and 84 Red Sticks were taken prisoner. Among the men dispatched was the famous David Crockett who criticized the conduct of the battle. "We shot them like dogs," Crockett exclaimed. A short time after Tullusahatchee, the Red Sticks were besieging US-allied Creeks at Talladega near Fort Leslie.

Jackson set out from Fort Strother for Talladega. On November 9, 1813, Jackson encircled the Red Sticks at Talladega with 1200 Infantry and 800 of Coffee's Cavalry. Killing 300 Red Stick warriors in the battle, Jackson's troops ended the siege of Fort Leslie. However, three of Jackson's companies of militia defied orders and retreated. A gap formed in his forces and this gap allowed hundreds of Red Sticks to escape. Jackson retreated due to the needs of the wounded and low supplies, but the battle would still be considered a victory.

The liberation of the Creek at Fort Leslie strengthened ties between the Creek Nation which proved critical to US efforts against the Red Sticks. The one-sided battle also created substantial losses for the Red Sticks leading to American advantages in terms of manpower that culminated in the US victory at the Battle of Horse Shoe Bend. Horse Shoe Bend would be the final battle of the Creek War and the victory spread Andrew Jackson's fame. Once an obscure local politician and military leader, Jackson's reputation as an "Indian fighter" led to his election as President of the United States. As President, Jackson signed the Indian Removal Act and supported numerous policies that forced the Creek and other tribes to abandon their lands in the region.