Dating back to1832, Etna Furnace was one of the original iron furnaces of the Hanging Rock Iron Region. The furnace produced iron until it went cold in 1887. This furnace was located on the old Iron Railroad system and was also part of Lawrence County's "Underground Railroad" as the furnace's owners supported and hired many black workers, including those who were traveling on their way from slavery to freedom. 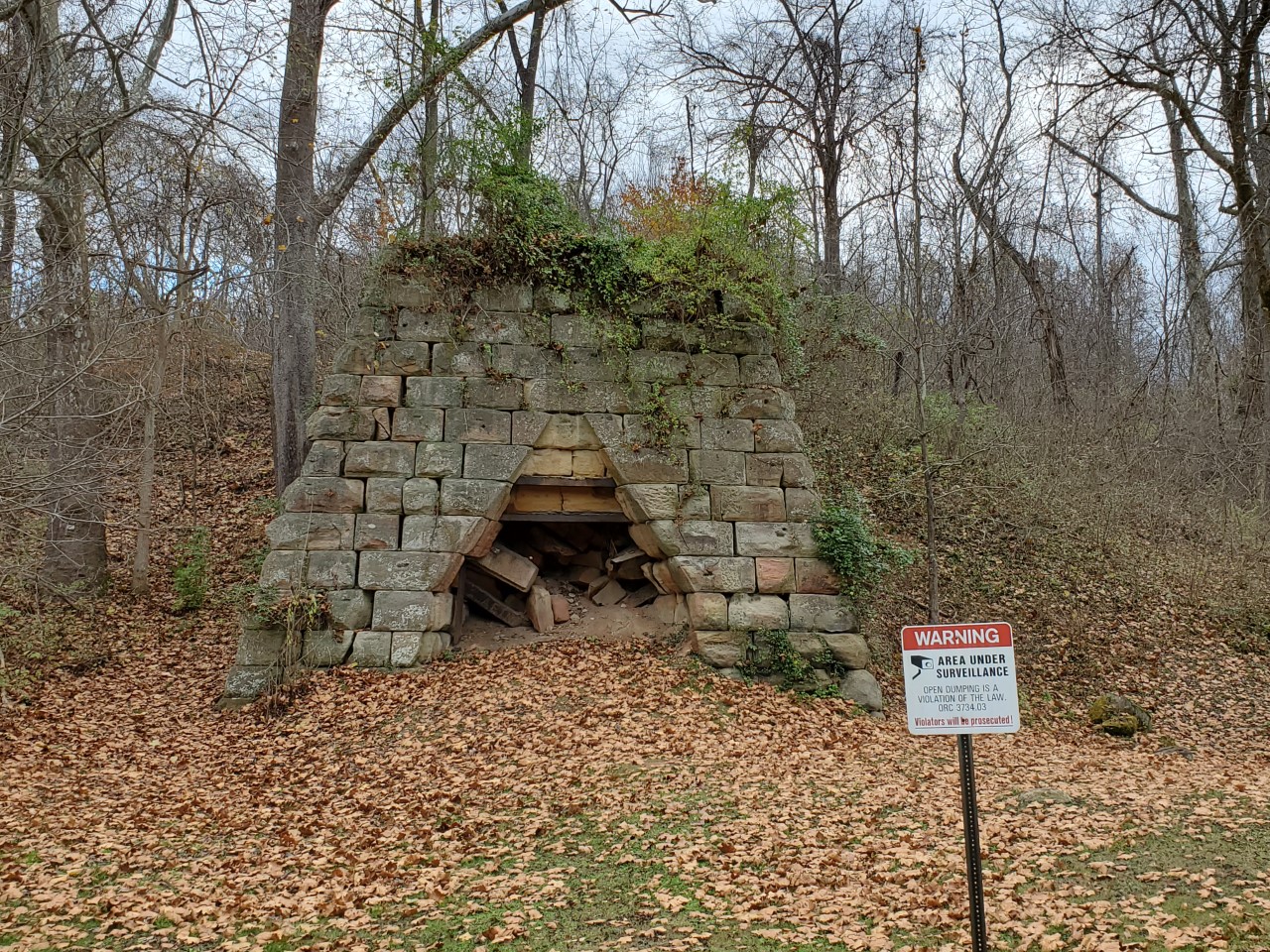 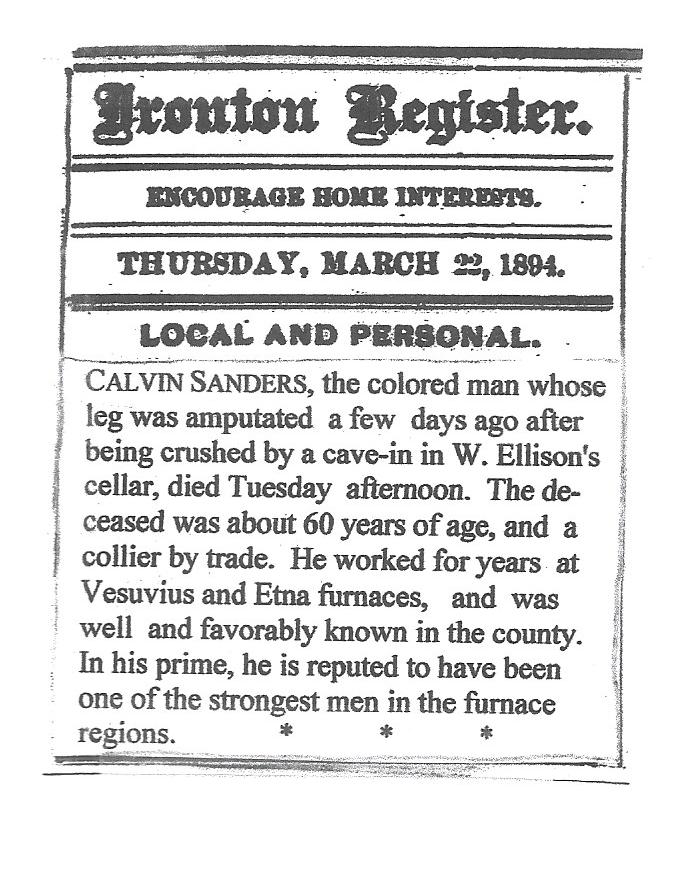 Located off OH 93 just south of Pedro, Ohio, and east of the OH 93 junction with the Etna-Waterloo Road, the old Furnace still stands on the north side of the road. Some times called Little Etna, the furnace has been uncovered by the US Forest Service. Some records for the furnace remain and those records show that one of the teamsters working for the furnace n the 1870s was Calvin Sanders. Sanders was one of the Blacks manumitted by Sampson Sanders of Cabell County in 1849. Calvin went to Michigan with the other manumitted slaves, but returned to Lawrence County. Lawrence County, Ohio was as close as he could get to Cabell County, (West) Virginia without being arrested or re-enslaved for returning to Virginia. He spent the rest of his life in Lawrence County, Ohio. (obituary enclosed)

Little Etna was surrounded by a company store, shops and housing for its workers. The furnace kept records of workers by the work they did such as digging ore, hauling iron or lime to the furnace, hauling to and from Ironton, or working in the store or at the furnace. The record books also kept the workers account of scrip paid for services and purchases made at the company store. After the fire was taken from the furnace, its owners opened Big Etna at Ironton in 1872. The local newspaper stated "Little" Etna was razed by 1887 and nothing remained except the stack.

Eldridge, Carrie: An Empire for Freedom - The Manumission of Sampson Sanders Slaves