The English Gothic-styled St. Ignatius of Antioch Episcopal Church was built in 1903 for a congregation that dates to 1871. The congregation grew out of the antagonisms between Low and High Church Episcopalians and was founded by Rev. Dr. Ferdinand Ewer, a devotee of the Anglo-Catholic movement. Prior to the construction of the new structure, the congregation held services in a couple of other churches, before moving to the new church when it was completed in October of 1902. The church is listed on the National Register of Historic Places. 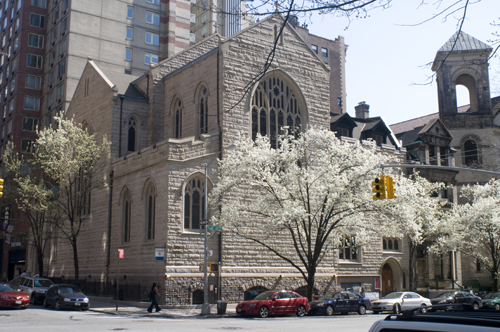 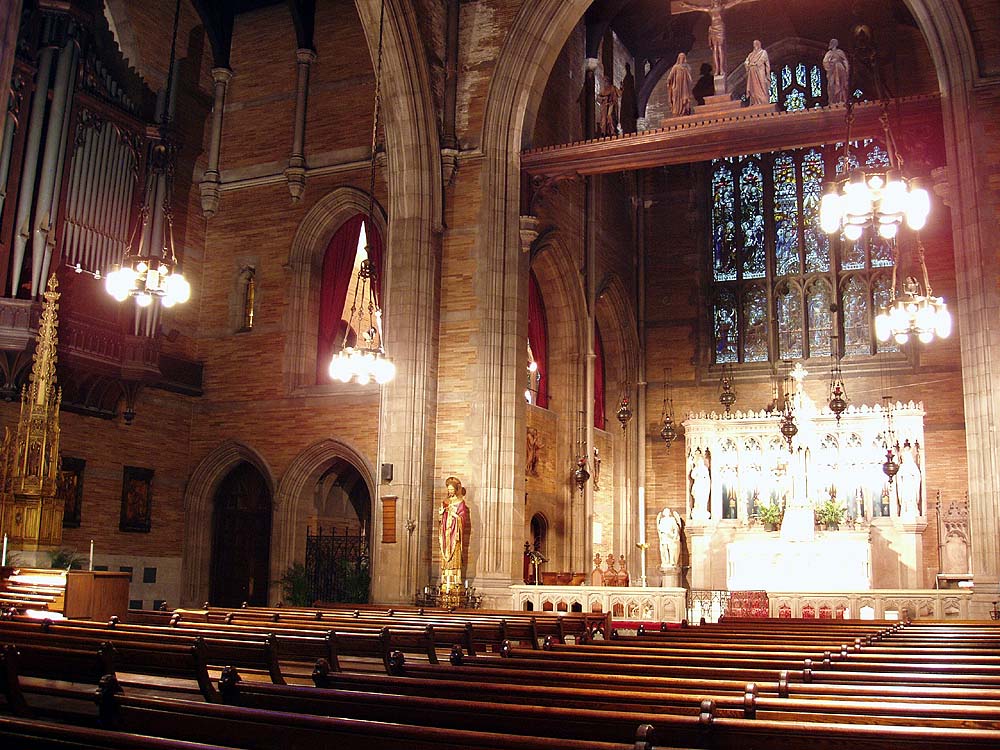 In the late 1800s, many Episcopal Churches were becoming increasingly divided over Catholic elements within the church. The Anglo-Catholic movement emerged among Episcopalians who wanted to maintain the church's historic ties to Catholicism. Rev. Dr. Ferdinand C. Ewer, rector of Christ Church, left his church in 1871 after increasingly rancorous debates over his position.

Ewer founded a new denomination, named for St. Ignatius of Antioch, in 1871. The new congregation originally met in the former Holy Light Church, a parish for the blind. They later rented and then purchased the former St. Paul's Dutch Reformed Church near what is now Bryant Square.

As the congregation grew, it became necessary to have a larger church. A parcel at the church's current location was purchased and noted architect Charles Coolidge Haight was hired to design the new building. Haight was well-known for his work on collegiate and ecclesiastical buildings in New York City and the surrounding area.

The first services were held in the crypt of the new church, and in October of 1902, when the building was completed, the congregation began holding services upstairs in the sanctuary. It was built in the English Gothic style and is acclaimed for its stained glass. Another significant feature of the church is its organ, which was built in 1966 by Casavant Freres. The organ was damaged by a leaking water tank and underwent a thorough restoration in 2010-2011. In 1999, the church was added to the National Register of Historic Places.