Thomas J. Garland Library is one of the structures within the Tusculum University National Historic District. It has served as the school's library since 1910, after Andrew Carnegie donated funding for the building. The library received a substantial addition in 2006 and is also home to the Tutoring Center, Counseling and ADA Services, Veterans Services, faculty offices for the Department of Civic Studies, and student classrooms. 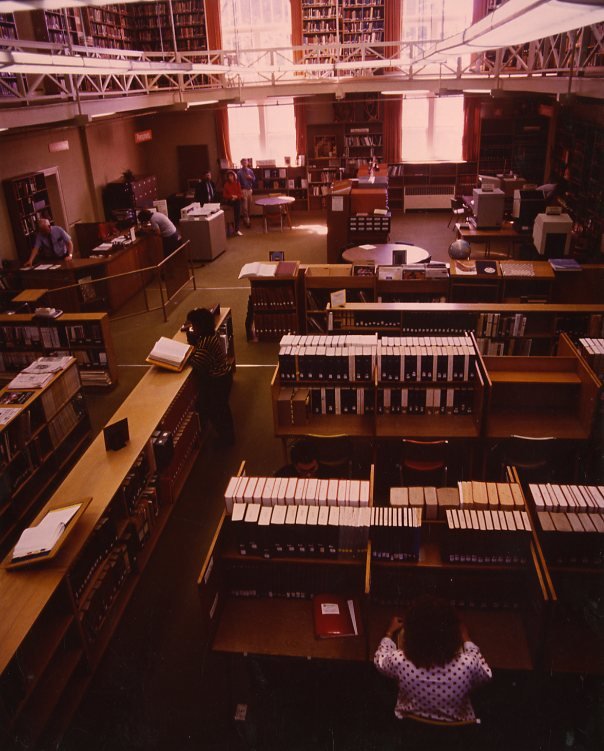 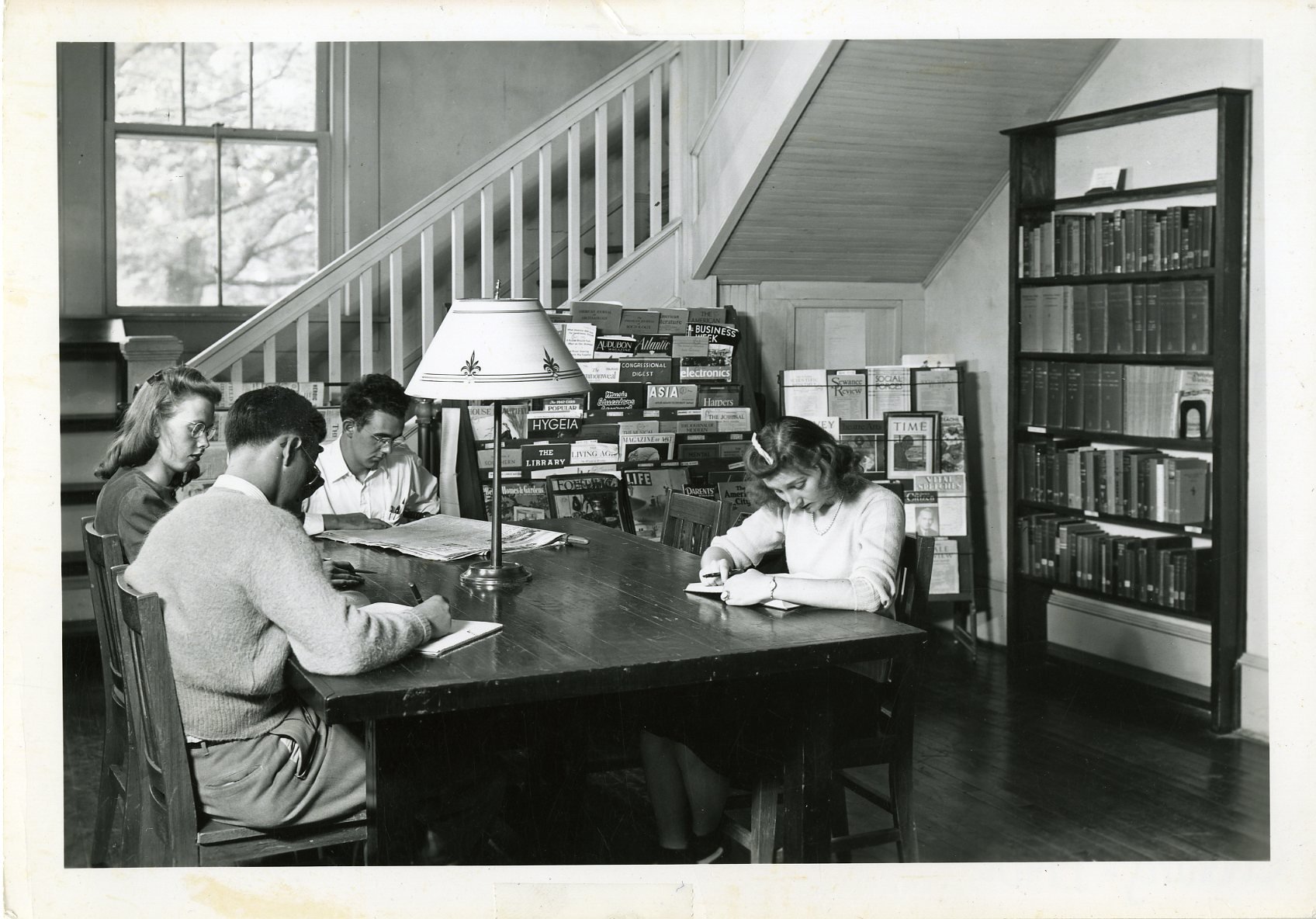 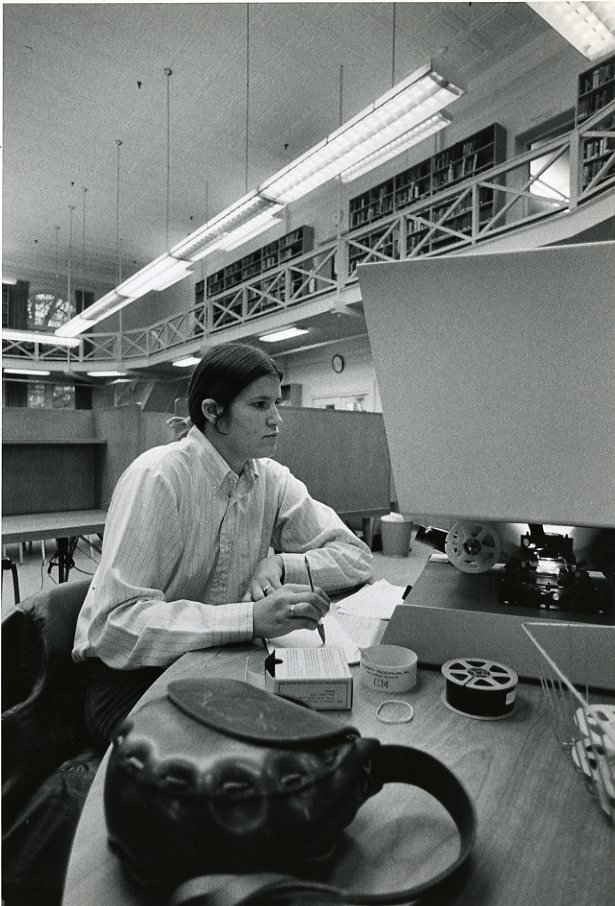 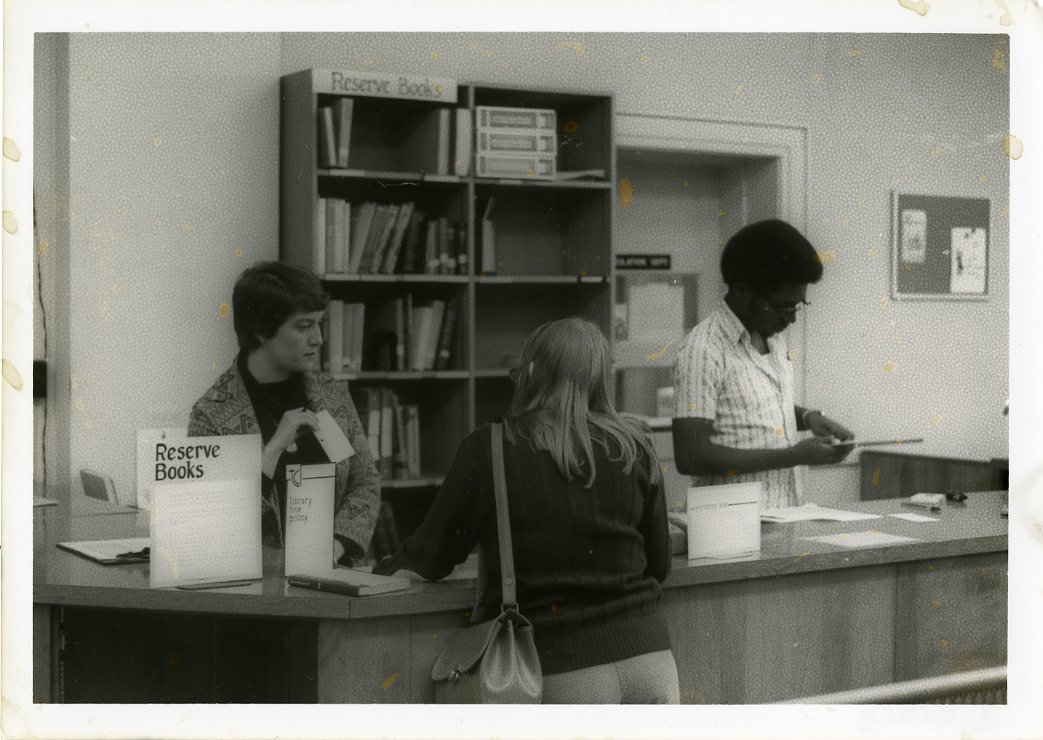 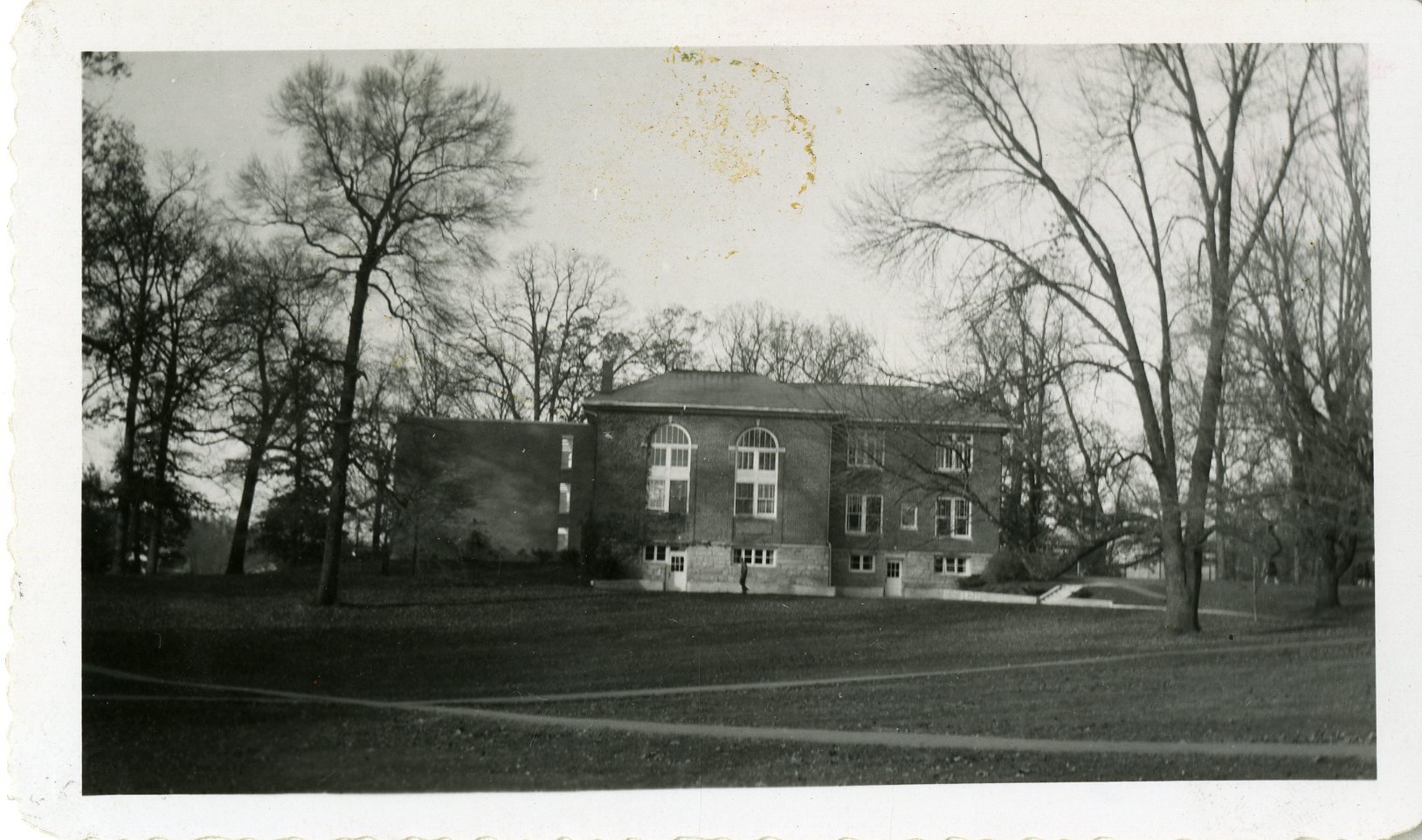 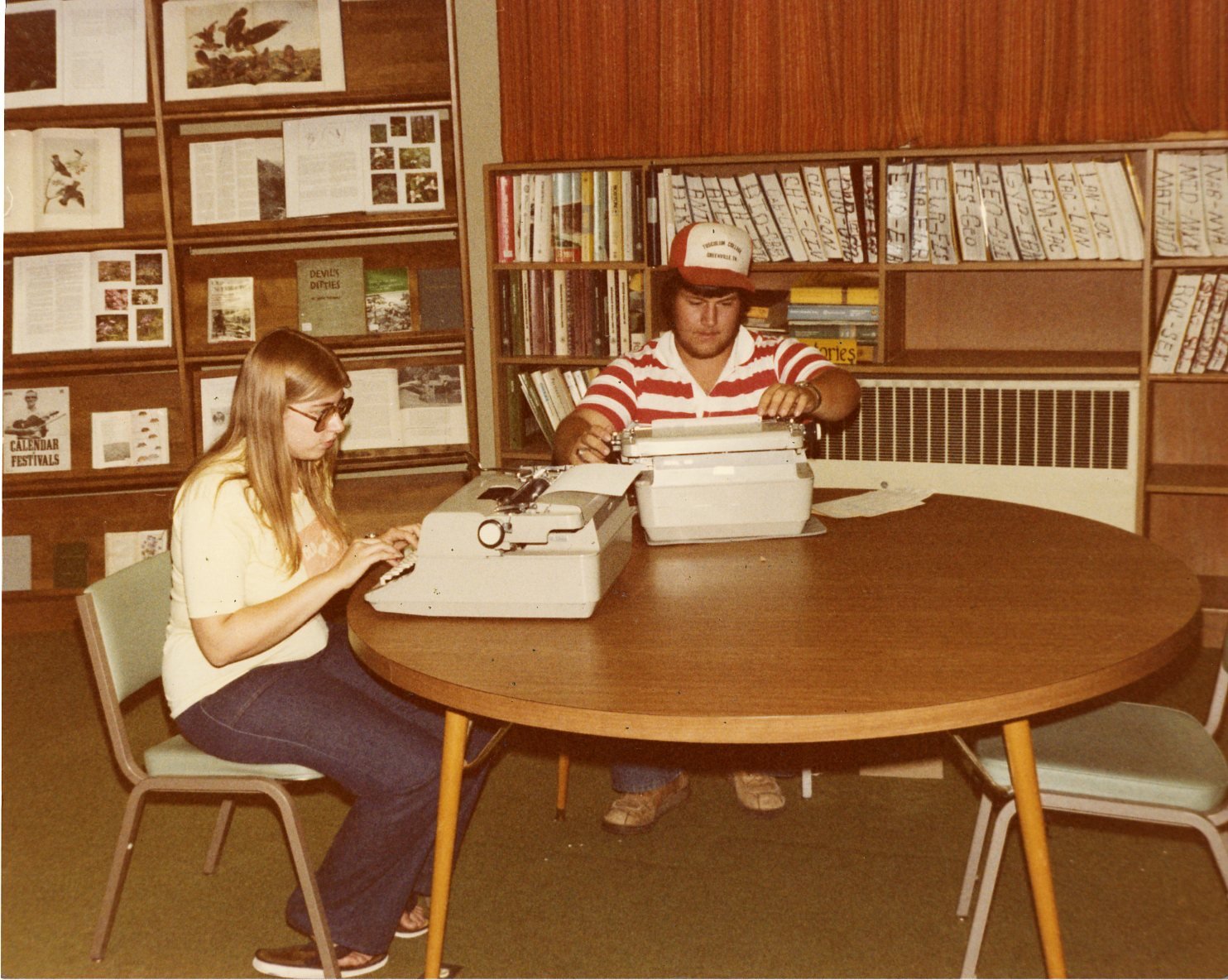 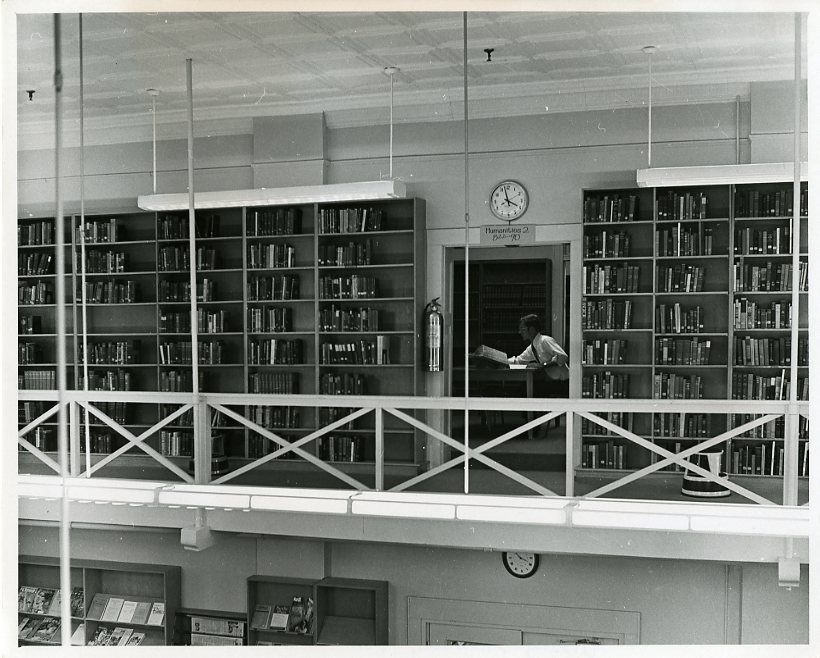 Main entrance, prior to 2006 renovation. 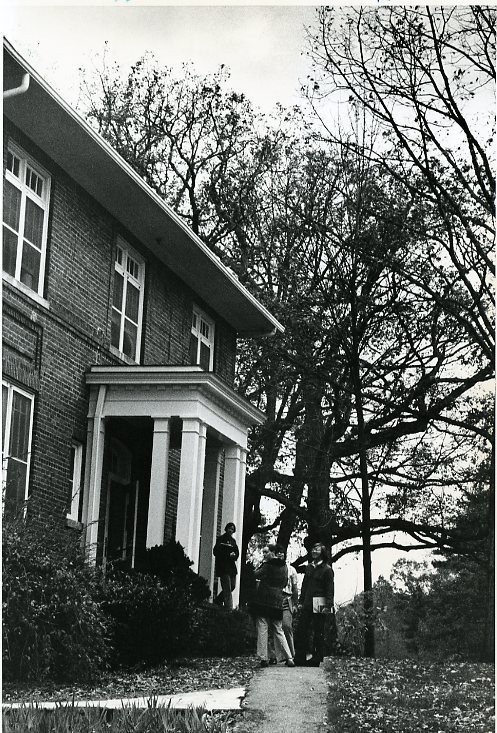 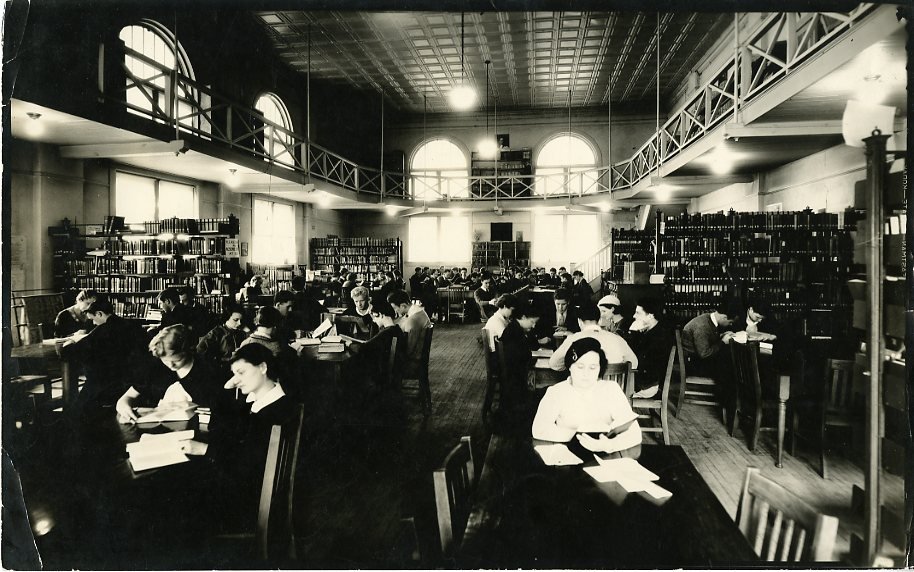 Tusculum's first library was located in the Old College building and was later moved to McCormick Hall in 1887. The collection at that time included over 8,500 books, many of which were collected at the end of the 18th century by the founders of Greeneville College, Hezekiah Balch and Charles Coffin.1

The present-day library has its origin during the presidential tenure of Dr. Charles Oliver Grey, who served as president from 1908-1931. At that time, steel mogul Andrew Carnegie gifted library buildings to different institutions and localities across the United States. Tusculum received funding from Carnegie for a new library in 1910 and the handsome building was named Carnegie Hall to honor the benefactor.1 In addition to classrooms and offices, the building also served as a gymnasium.2 This explains the unique architecture of what is now the main reading room. The walkway that circles above the room was at the time an indoor running track, much different from the presidential portrait gallery one sees today. In 1927 the new gym was completed and the library was then able to take up the entirety of the building.

In the more recent past, the library has had several name changes and additions. In 1991, the library’s name was changed to Tate Library, in honor of the valedictorian of Tusculum’s 1894 class, Albert Columbus Tate. In 1996, the library acquired internet access and joined the Central Library consortium of the Appalachian College Association. Since then, the library has obtained over fifty database subscriptions and 200,000 online book titles. The library was renovated in 2006 and was called the Library at Tusculum College. In 2008, it was renamed again as the Thomas J. Garland Library.3