The Ark and the Field House/Stansbury Hall

Though no longer extant, several university athletics facilities sat on this site for over one hundred years. It was the hub of campus basketball and other athletics from approximately 1915 through 1970, when the Coliseum was completed. The site has its humble origins in the Ark, a small athletic facility with minimal amenities. This building was replaced by the Field House in 1929. Two of WVU’s most famous alumni, Rod Hundley and Jerry West, played in the Field House and other famous athletes, such as Jesse Owens, have competed under its roof. The Field House was renamed Stansbury Hall in 1970 after the migration of athletics to the Evansdale campus. Stansbury Hall was demolished in the summer of 2019 and will be replaced by Reynolds Hall, a new building for WVU’s College of Business and Economics.

The Ark, WVU's athletic facility prior to the construction of the Field House in 1929 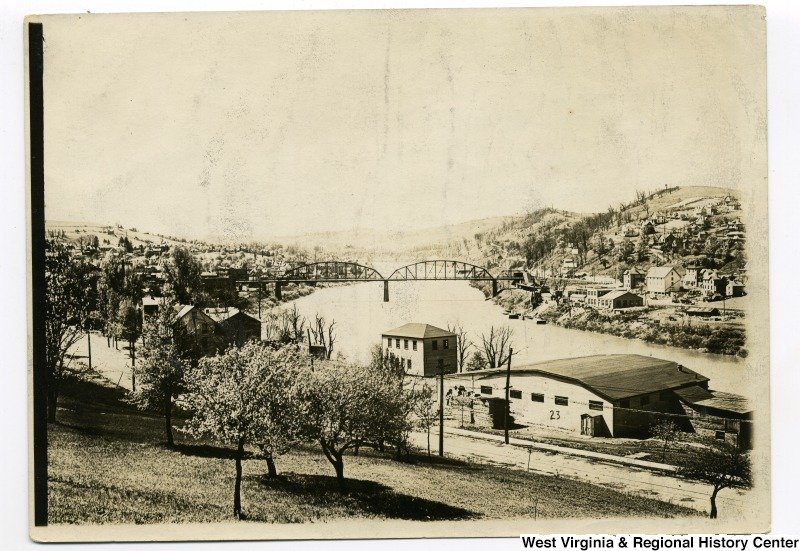 Original designs for the Field House, meant to seat 6,000 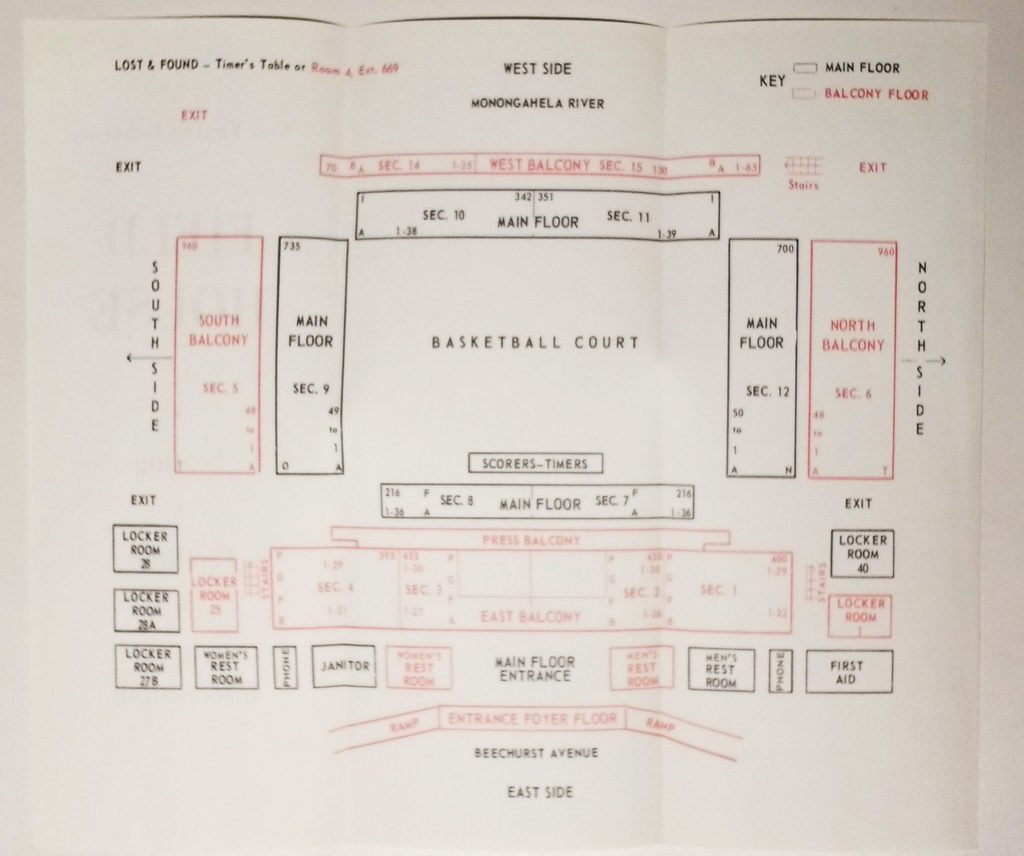 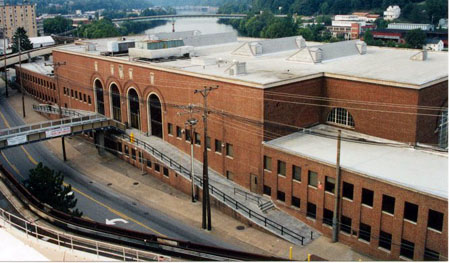 Court in the Field House/Stansbury Hall 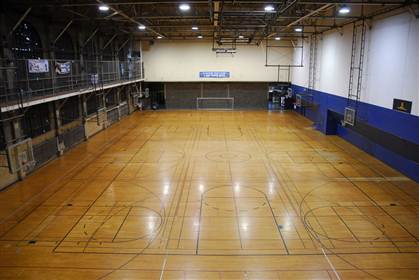 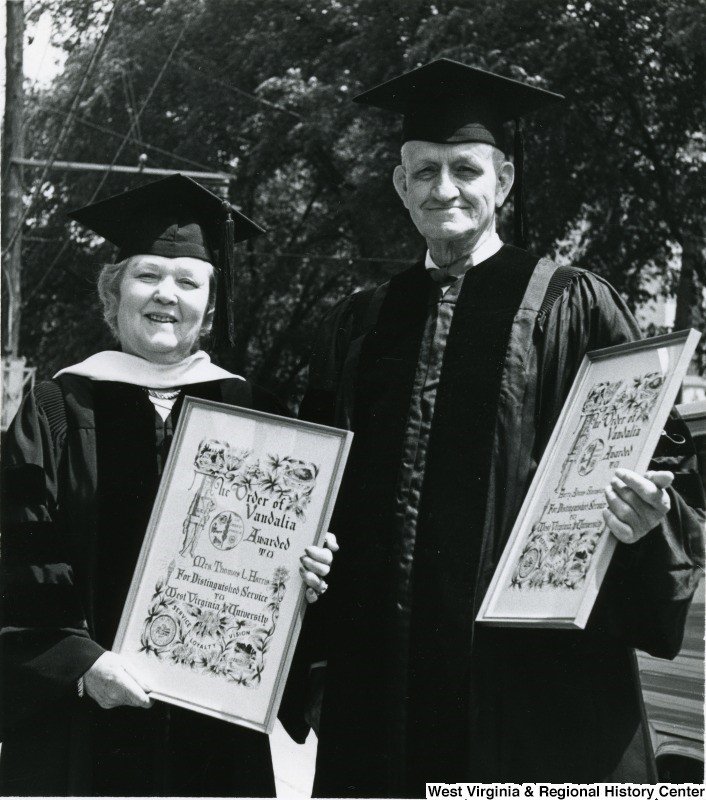 Rendering of the forthcoming Reynolds Hall 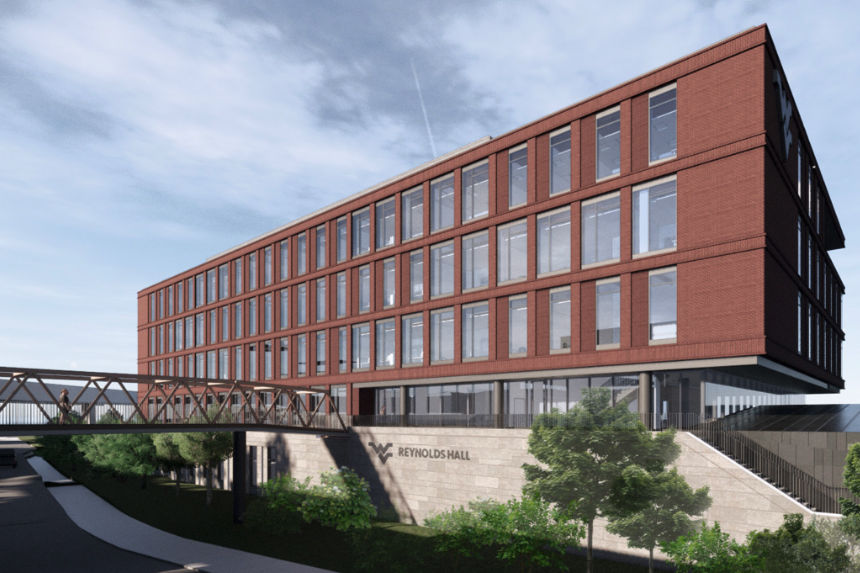 The area of land that borders Beechurst Avenue at the edge of West Virginia University was central to the university’s athletics programs. Originally, the site was the location of the Ark, the first building constructed on campus solely dedicated to athletics. Built around 1915, the Ark seated only 900 spectators and lacked basic facilities such as locker rooms. The lack of locker rooms forced athletes to utilize an adjacent heating plant building before and after events. This drew the ire of the university's student body as the building began to age and its facilities became increasingly obsolete. After considerable student protest and fundraising, the university moved forward with plans for a new facility.

Built and equipped in 1929 for a little over $300,000 – about 4.5 million dollars in today’s money – the Field House served as WVU's new basketball arena. The building seated over 6,000 spectators and served as the home of Mountaineer basketball until the completion of the Coliseum in 1970. During its time at the Field House, the WVU men’s basketball team had a record of 370 wins and 81 losses in the building, an 82% winning record. By far the most notable period in the structure's history as the center of WVU basketball, however, came in the 1950s, when teammates Jerry West and "Hot" Rod Hundley brought the university's team to national prominence.

After graduation from Charleston High School in 1954, Rod Hundley signed a basketball scholarship with WVU. His dribbling skills soon made him a university sensation, and he quickly acquired the nickname “Hot Rod.” In one game against Ohio University at Stansbury Hall as a freshman, Rod Hundley scored 62 points which is still a record.  As the result of a stellar basketball performance during his senior year at East Bank High School, West Virginia in 1956, Jerry West received more than 60 college scholarships. However, he signed with WVU and was outstandingly success. He was named a consensus All-American during his junior and senior years and led WVU to the finals where the Mountaineers were beaten by California by 1 point. Even though his team lost, Jerry West earned the Most Valuable Player award for the tournament. He was also named as co-captain of the United States Olympic basketball team at the 1960 Rome Olympics, where he led the U.S. to a gold medal. Both Jerry West’s #44 and Hot Rod Hundley’s #33 jerseys were retired and hung from the walls in the Field House until their banners were moved to the Coliseum in 1970.

In addition to basketball games, the Field House was also the site for intramural athletics as well as indoor track meets, and wrestling and boxing matches. The most notable of these events, the WVU Indoor Track Games, brought a number of well-known Olympic athletes to Morgantown such as Jesse Owens, Ralph Metcalfe, Eddie Tolan, John Woodruff, and Eulace Peacock. Jesse Owens in particular seems to have captured local imagination. When he competed in the Indoor Track Games in the 1930s, he broke and set a record for the 60-yard dash and became a topic of frequent and beloved recall in Morgantown's newspapers over the following decades. The town's residents even invited him to return many years later. Owens accepted the invitation, traveling to the city over two decades after his first appearance in Morgantown to deliver a lecture, comment favorably on the professional career of Jerry West, and give advice to university athletes.

After the university relocated its basketball arena to the Coliseum in 1970, the Field House was renamed Stansbury Hall in honor of former athletic director Harry Stansbury, who served from 1916 to 1938. For the next five decades, Stansbury Hall continued to serve as the home of a number of the school's programs. Although all of the bleachers were removed, the building was home to the Center for Writing Excellence, Humanities Department, Religious Studies program, Philosophy Department, and Reserve Officers’ Training Corps. In 2017, however, the university announced its plans to demolish the building and replace it with a new facility for the College of Business and Economics. Demolition began in the summer of 2019 and the new Reynolds Hall is expected to be completed by April of 2022.

About the Building, Building Beyond. Accessed July 22nd 2020. https://buildingbeyond.wvu.edu/about-the-building.