Built 1875. Originally built as a hotel known as the Mansion House, and later Hotel Dudley. During the 1917-1918 local option elections the hotel was owned by Orlando Burtis, who was instrumental in the Wet movement. Burtis’ challenge of the 1917 local option election resulted in a re-vote on the issue, January 5, 1918, which would be the first election to be held in New York State following passage of the women’s suffrage amendment. 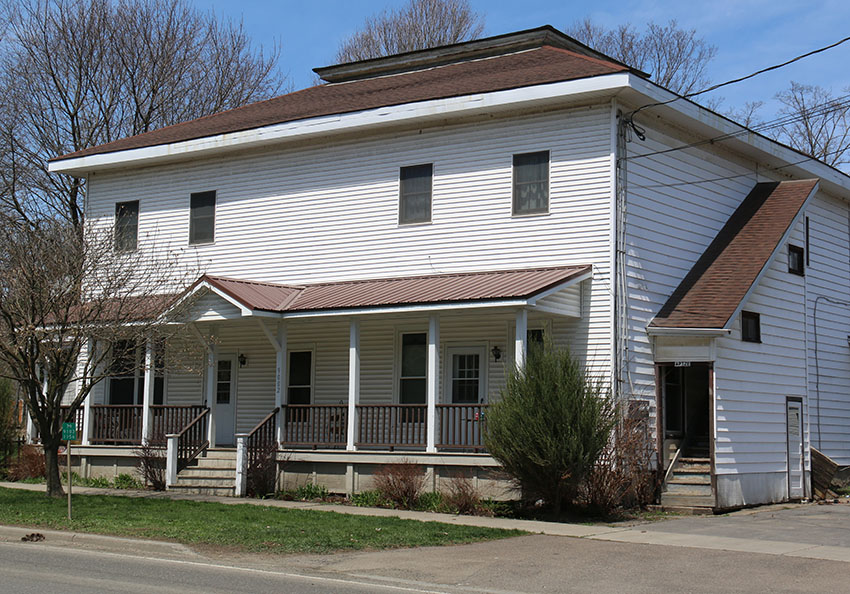