The Keeper of the Plains

Created as part of a $20-million riverfront restoration project and dedicated in 1974, The Keeper of the Plains has become the symbol of the city of Wichita. This 45-foot steel sculpture by Kiowa-Comanche artist Blackbear Bosin stands at the junction of the Arkansas and Little Arkansas rivers. The sculpture stands on a 30-foot tall platform adjacent to the Mid-America All-Indian Center. The Plaza includes elements that represent the four elements that make up life: earth, air, fire and water. Visitors to the city should consider watching the nightly lighting of the "Ring of Fire" around this platform, which burns nightly at 7p.m. from November to March and 9 p.m. from March to November. Surrounding the base of the statue are multiple displays which describe the local tribes that used to inhabit this area, as well as several fire pits which sometimes light up to illuminate the statue at night. The fire pits, which are known as the Rings of Fire, are lit mannually for public safety and run in 15 minute increments. They are generally lit once a night around 9 pm during the summer and sunset during the winter.

From its creation in 1974, the Keeper of the Plains has become the symbol of the city of Wichita. 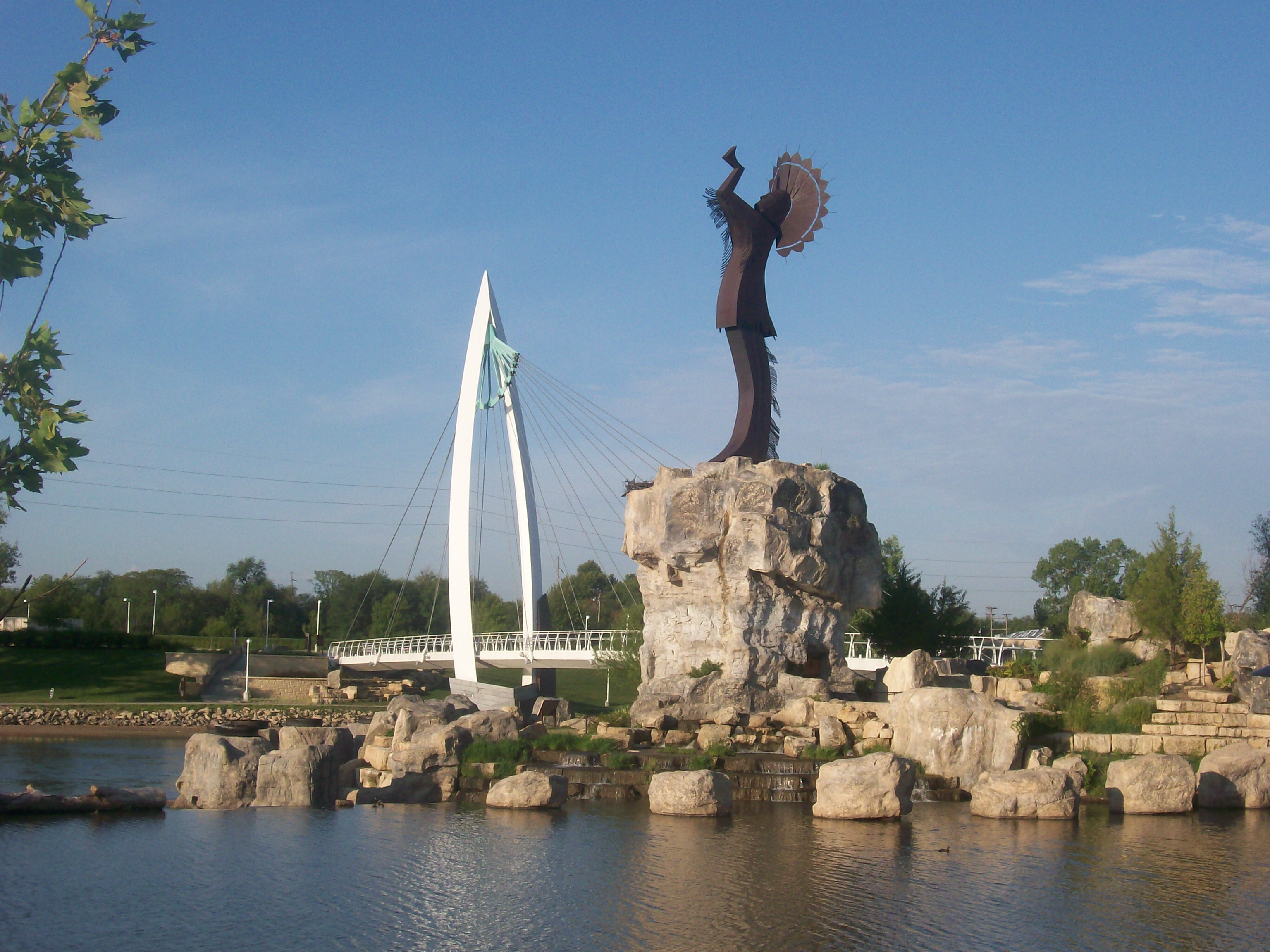 "Keeper of the Plains." City of Wichita. Accessed December 9, 2013. http://www.wichita.gov/Government/Departments/Arts/Pages/Keeper-of-the-Plains.aspx