Commercial Street was one of the first streets cut through Salt Lake City’s large city blocks in 1871. Renamed Regent Street, it remains as one of the oldest streets in Salt Lake. 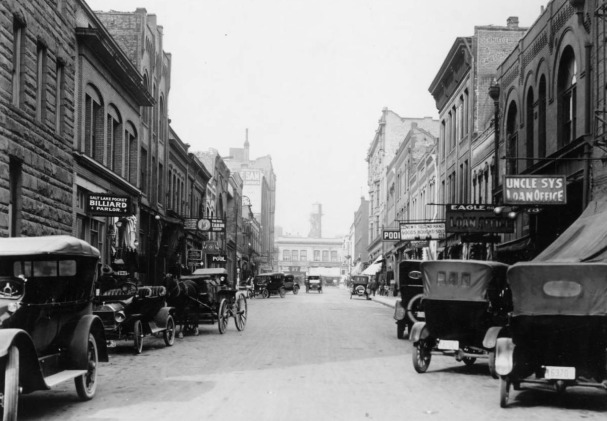 This plaque was erected by the Newspaper Agency Corporation in 1990. Aside from describing Commercial Street's status as Salt Lake City's red light district, it also discusses the two parlor houses that were built next door to one another. 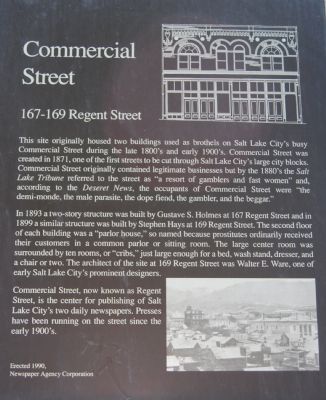 Several dozen buildings along Commercial Street housed legitimate businesses on the first floor and had brothels on the second. As in other American cities at the time, Salt Lake City's prostitutes operated with the tacit approval of local police. 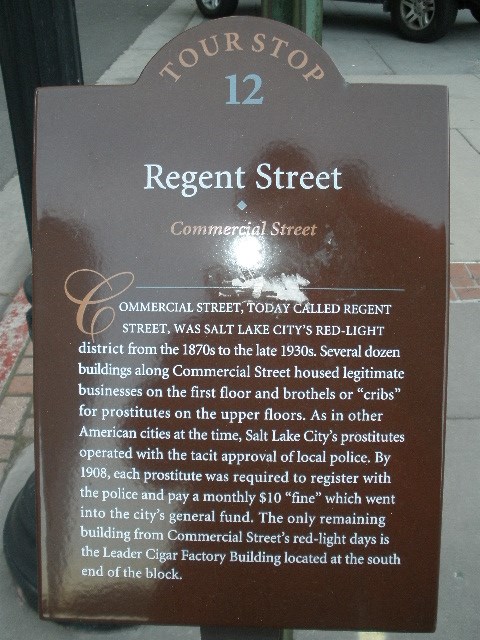 Dora B. Topham was a madam who gained notoriety under the name "Belle London." She came from Ogden, Utah and ran her brothel above an ice cream parlor. 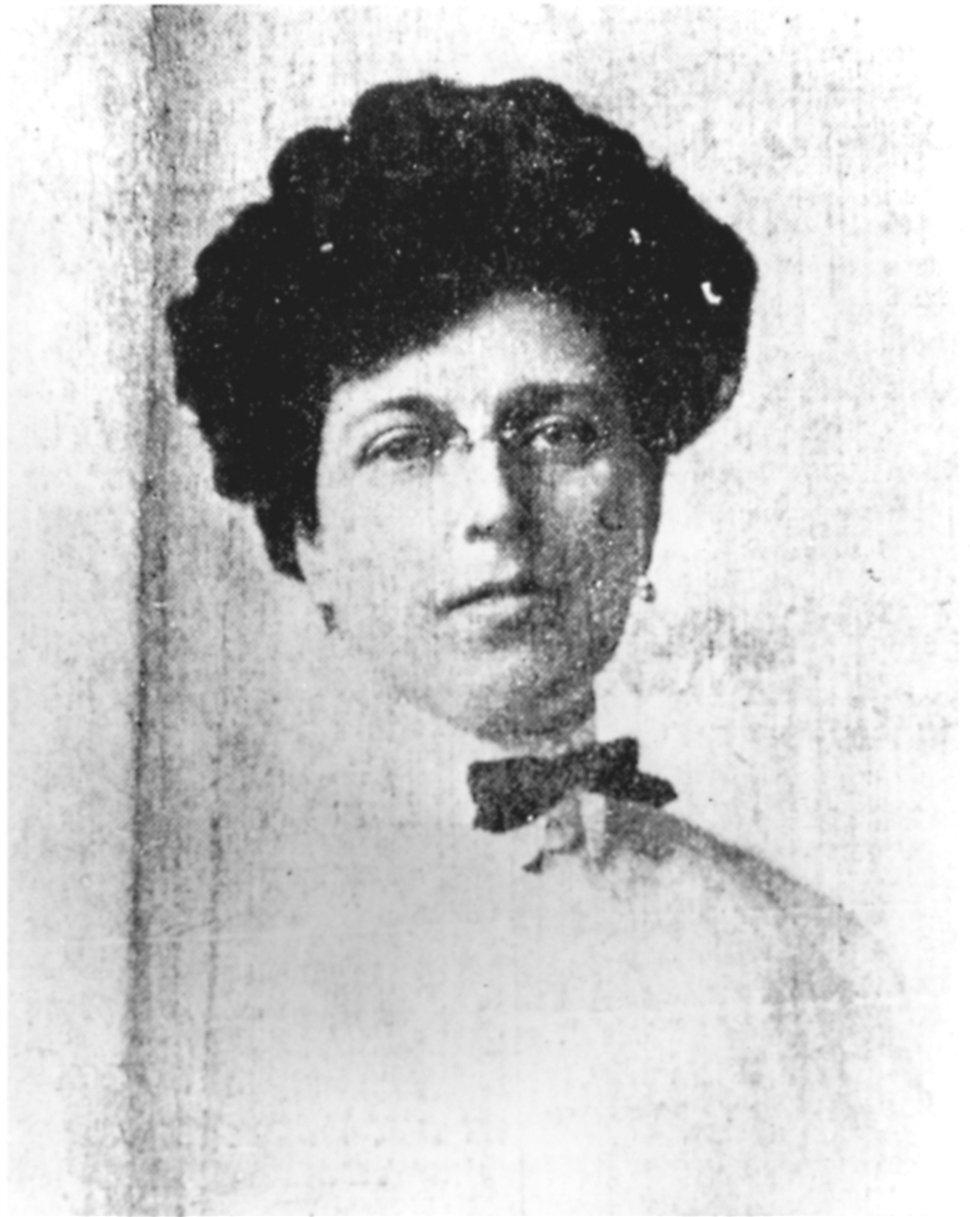 Topham later bought land where "The Stockades" were built in order to create a space for women in the sex industry that laid outside of the public eye and was more easily swept under the rug. 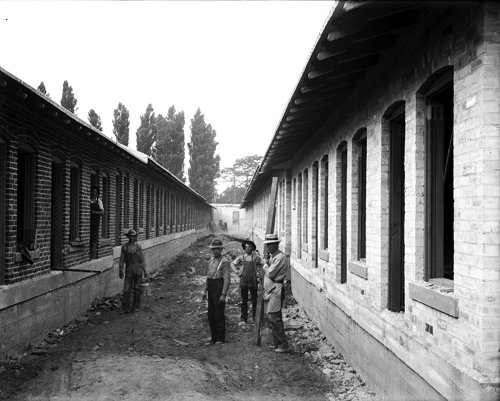 Commonly referred to as "the oldest profession," prostitution holds a long and intriguing position in Utah history. The general feeling at the beginning of the 20th Century considered it as a "necessary" evil that could never be eliminated but merely controlled. Laws existed mostly to satisfy middle-class morality, but normally, it was confined to a specific part of town called a "red-light" district where it could be observed and controlled. 1

One of the first streets to be cut through Salt Lake City’s large city blocks in 1871, Commercial Street had become that center of vice and “necessary evil.” By the 1880’s the Salt Lake Tribune referred to the street as “a resort of gamblers and fast women” and, according to the Deseret News, the occupants of Commercial Street were “the demi-monde, the male parasite, the dope fiend, the gambler and the beggar.” In 1893, Gustav S. Holmes finished construction on the first of two houses of ill repute that would occupy what is currently 167 and 169 Regent Street. Stephen Hayes completed his building of the second house in 1899. Similar in style, the second floor of each structure was referred to as a “parlor house,” named for the common parlor where prostitutes would ordinarily receive their customers. These large center rooms were surrounded by smaller rooms just big enough for a bed, washstand, dresser, and a chair or two.

Parlor houses along the street housed legitimate businesses; usually liquor or tobacco stores, and held "female boarders" in the upper parts of the houses. Miss Helen Blazes and Miss Ada Wilson were each madams of these types of establishments. Police regularly conducted raids on the establishments, fining, arresting, and even sometimes conducting physical examinations of the women.  By 1908 a formal registration system existed where police kept track of the names and addresses of madams and their houses and in turn, the madams supplied current lists of their girls. Each month, the girls paid a ten-dollar fine which supplied much of the city's revenues. 1

In 1903, local civic and religious leaders began to fight back against what the lurid behavior that soiled their main districts decreased the value of their properties, demanding for a purge of Commercial Street and its sordid establishments. Then-Salt Lake City Mayor, John Bransford, with the aid of the city council adopted a “stockade” policy in 1908. It was their intention to build a compound where women could still practice their trades with discretion. Bransford is quoted as saying: “I propose to take these women from the business section of the city and put them in a district which will be of the best, if not the very best, regulated districts in the country.” 1

Mrs. Dora B. Topham, better known as the notorious “Madam Belle London” of Ogden’s “Electric Alley,” was asked by the men on the city council to form a corporation, buy a block of land on Salt Lake’s Westside and establish a stockade. In the summer of 1908, Topham created the Citizen’s Investment Company and purchased land between 500 and 600 West and 100 and 200 South because of its “suitable location” for their purposes.

There were railroads on three sides of it, it divided two school districts (so children wouldn't have to walk past it), and because, "the 'foreign element,' (Greek and Italian workers) had so destroyed the area that establishing prostitution there would not harm it any further and could even be rationalized as catering to the immoral foreigners. 1

For the first time, a single person (Topham) dominated the business of prostitution in the city instead of having a network of brothels ran by individual madams. Many didn’t quite know how to take the new change. The West Side Citizen’s League was formed to abolish the stock, but many found it to be a practical way to deal with prostitution. On December 18, 1908, after the completion of the stockade, city police told those women working in the parlor houses that they had until 4 in the morning the following day to vacate their residences or face time in jail. With incarceration on the table there was little option for these women but to leave town or reside in the stockade.

Even with these measures, Commercial Street continued to be a red-light district until the 1930’s when the Salt Lake Tribune and the Deseret News made the street their home.