The building that houses the museum began as the Wells Hardware Company, which was owned and operated by Friend Cox Wells (1848-1939). Wells’ daughter, Sara Wells Eakin (1882-1961) and her husband, J.O. Eakins (1883-1958) joined the store as partners and transformed the shop into the Wells Hardware and Furniture Company. Wells Hardware remained in operation until Friend’s grandson, J. Wells Eakin, retired in 1997. The building then housed the newly formed Wetzel County Historical Society which was spearheaded by Jim Fitzsimmons (1924-2009). The Historical Society operated with the purpose of displaying historical objects, old photographs, and telling stories of Wetzel County’s fascinating past. 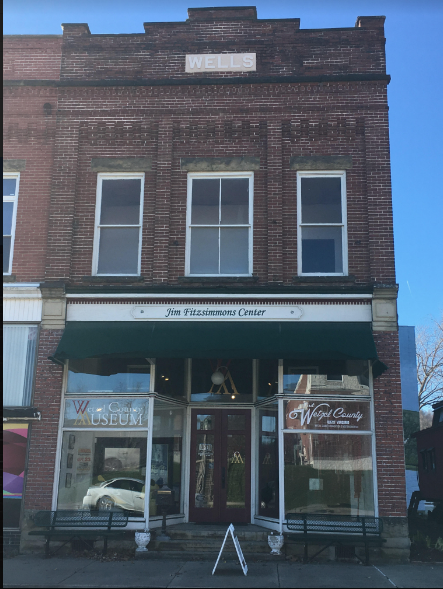 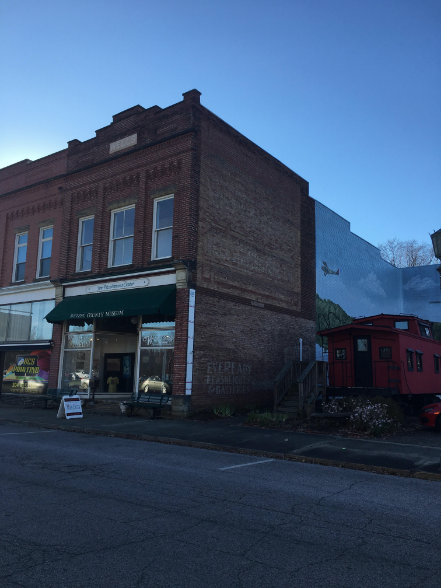 The Wetzel County Historical Society ceased operations in 2009 with the passing of Fitzsimmons. The building and its collections were acquired by the Wetzel County Conventions and Visitors Bureau. The local CVB worked to create exhibits and a local history museum with these items that would serve as a place where the history of the area could be safely stored and appreciated. Thanks to the hard work of the CVB these goals have been realized. Extensive renovations were made to the building and many of its original features were restored including its hardwood floor and tin ceiling. The building is dedicated to Jim Fitzsimmons.