Stewart Hall was built between 1900 and 1902 to replace the second floor of Martin Hall as West Virginia University’s library. When the Wise Library was completed in 1931, Stewart Hall became the administrative offices for the university, a role it still serves today. Originally known as University Library, the building was renamed to Stewart Hall in 1972 after Irvin Stewart, a successful and longtime WVU president. Its architecture is an emblematic representative of the Romanesque Revival style. Many consider Stewart Hall to be one of the finest and most authentic Romanesque Revival buildings in West Virginia. 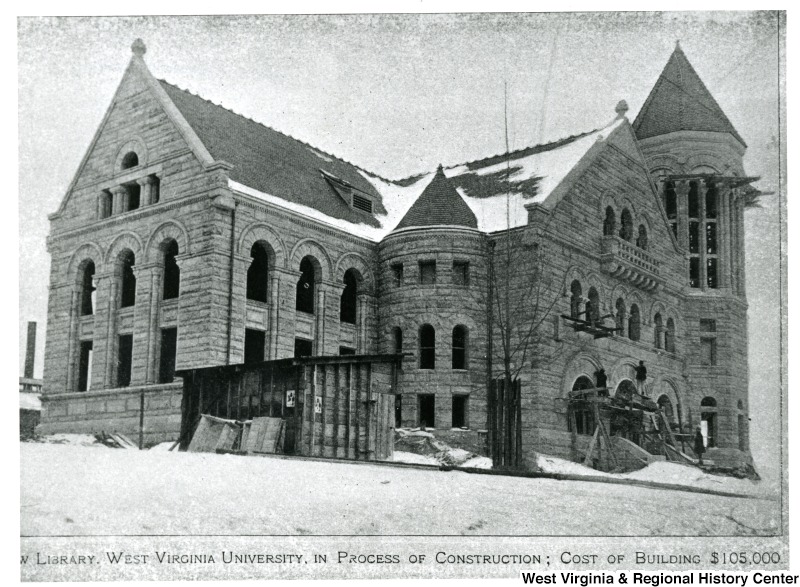 Photo of the facade showing the building's old title of "Library", 1905. 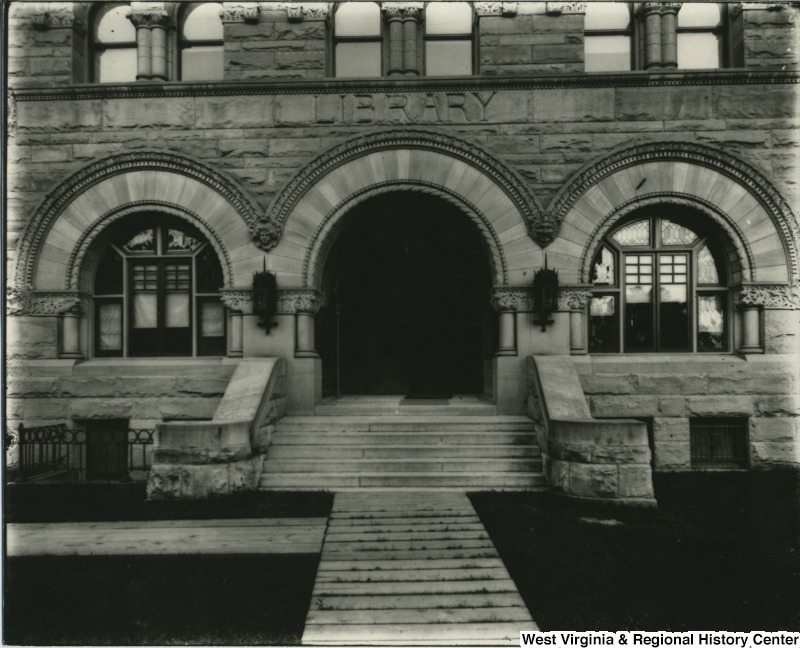 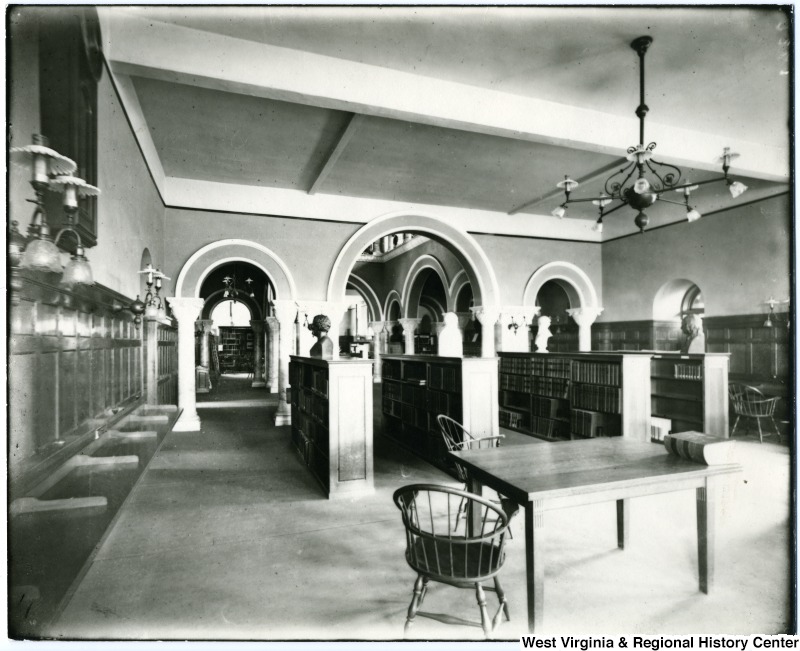 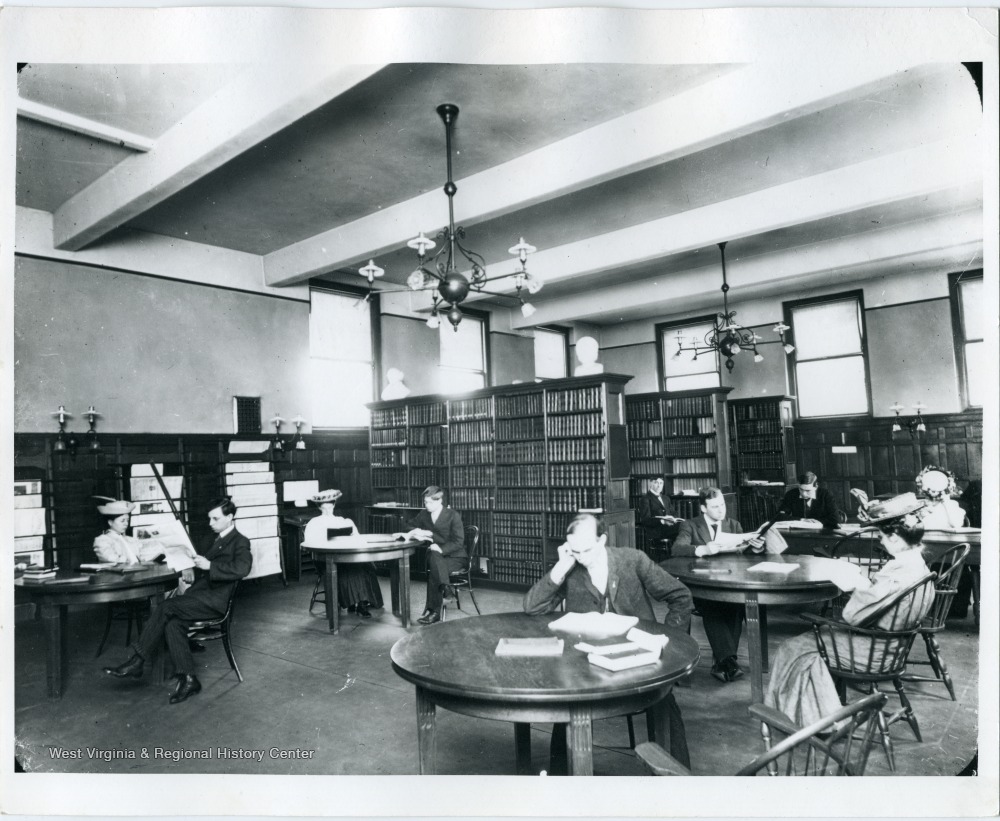 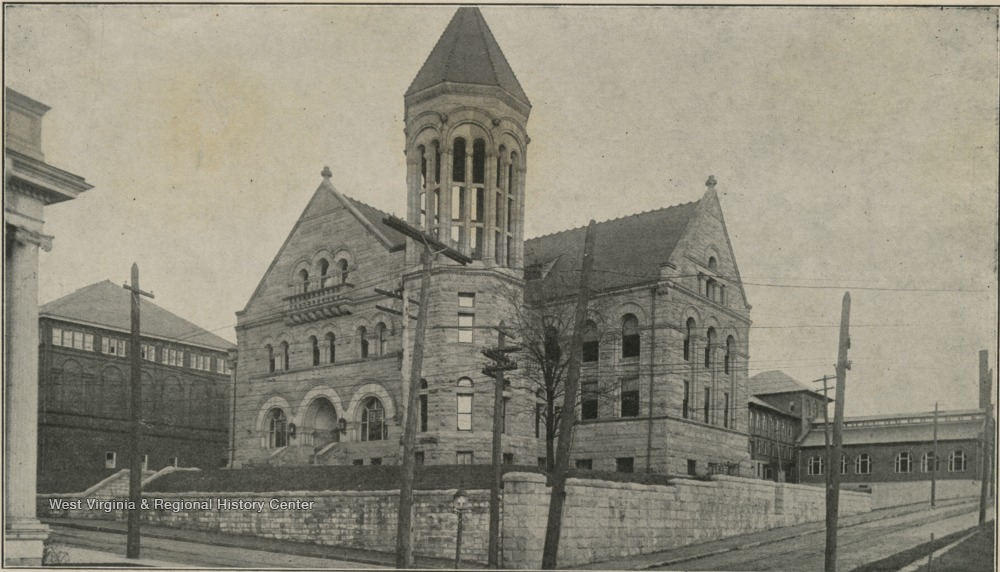 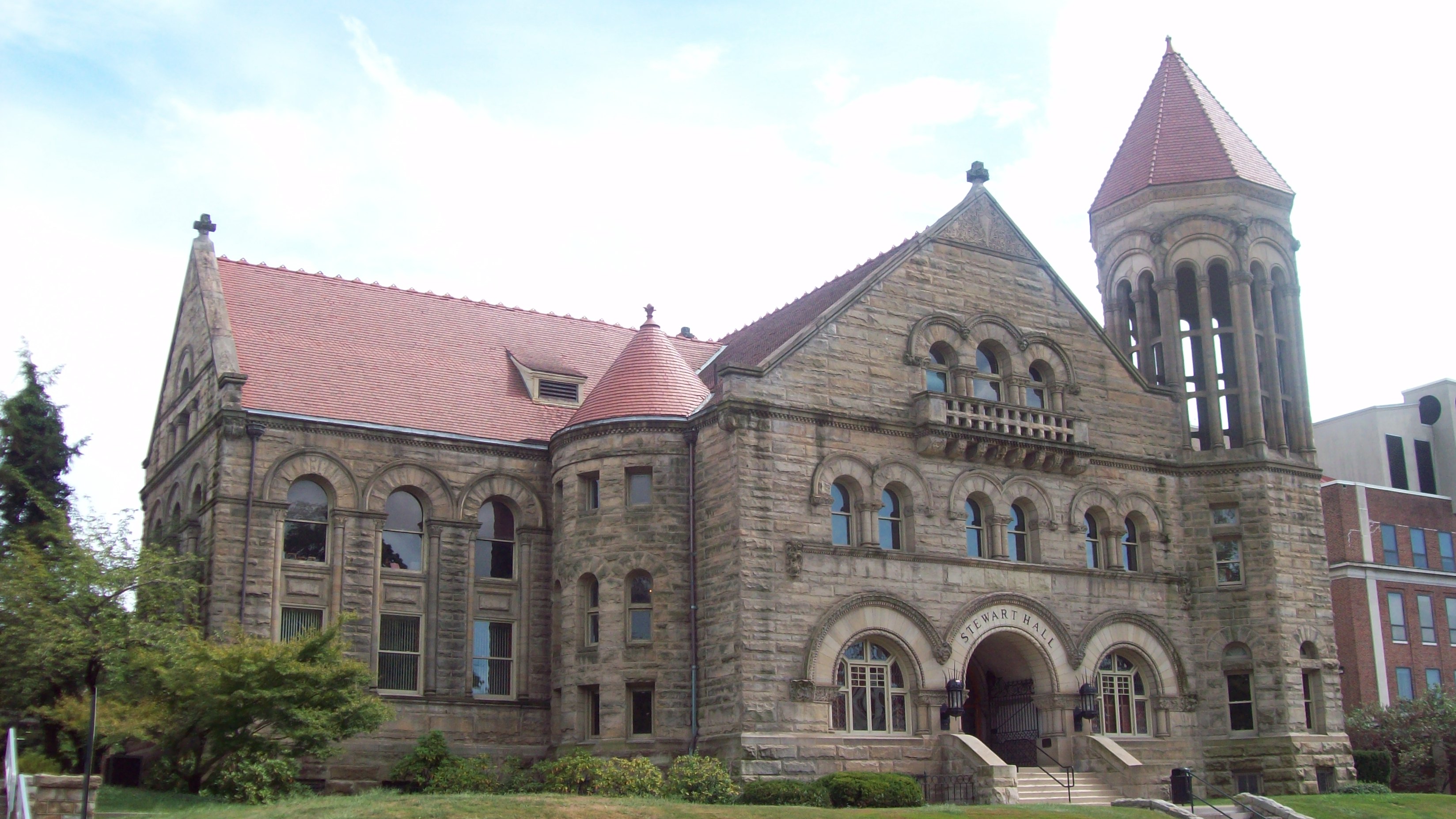 As the turn of the nineteenth century approached, West Virginia University administrators recognized a dire need for a new library building. The original WVU library occupied a small space on the second floor of Martin Hall and was described by the university’s sixth president, Jerome Hall Raymond, as, “a hopeless tangle” where, “the books were not arranged but simply placed upon the shelves anywhere where space allowed.” Raymond’s disappointment with the library's condition was exacerbated by the fact that university departments maintained their own libraries meant for professors’ personal use. These disparate collections often contained books that were already in the central library. Furthermore, the floor in Martin Hall could no longer support the growing number of books and visitors, which presented a safety risk.

In 1899, Raymond secured funding from the State Legislature for several new buildings. A competitive auction for architectural plans was held and the Wilson Brothers and Company of Philadelphia was awarded the contract for Stewart Hall, the Armory, and the Mechanical Building – though the latter buildings were razed in the 1960s to make room for the Mountainlair. The Wilson Brothers designed a grand building constructed in a Romanesque Revival style. This style is characterized by wide rounded arches, rustication, and simple expansive planes. Stewart Hall's axial plan is reminiscent of Romanesque churches and the tower near the front entrance serves to further emphasize this association.

Construction of Stewart Hall began in 1900. The Caldwell & Drake firm based out of Parkersburg, WV oversaw the erection of the building. The structure was completed in 1902 with a total cost of slightly more than $100,000 – approximately $3 million adjusted for inflation. It is built with a concrete frame covered in roughhewn Amherst sandstone blocks. The roof is tiled in red shingles. The interior of the building features a large arcaded rotunda, which originally housed the card catalog and circulation desk. While a visually pleasant space, the rotunda tended to funnel noise towards the reading and reference rooms adjacent to it. Stewart Hall served as the library from 1902 to 1931, when the design flaws and lack of space caused the library to be moved to the newer Wise Library. Stewart Hall was converted into administrative offices, a function it maintains to this day.

In 1972, Stewart Hall was renamed from University Library in honor of WVU’s thirteenth president, Irvin Stewart (served 1946-1958). His administration was responsible for creating the West Virginia University Foundation, Medical Center, and Evansdale Campus. The addition of Armstrong, Hodges, Brooks, and Eiesland Hall to the downtown campus also occurred under Stewart's leadership.

Stewart Hall has been restored several times. In 1979, the interior was stripped of accumulated decoration that detracted from the original design. This renovation also returned the rotunda closer to its original open plan. In 1992, the S.E.M. Architectural Firm and the General Preservation Corporation restored the exterior of the building under the supervision of architect Dellas H. Harder. In addition to its role in WVU’s history, Stewart Hall stands as one of the largest and most authentic Romanesque Revival buildings in West Virginia.