The front side of Founder's Hall with its 65-foot Corinthian columns and massive main entrance. 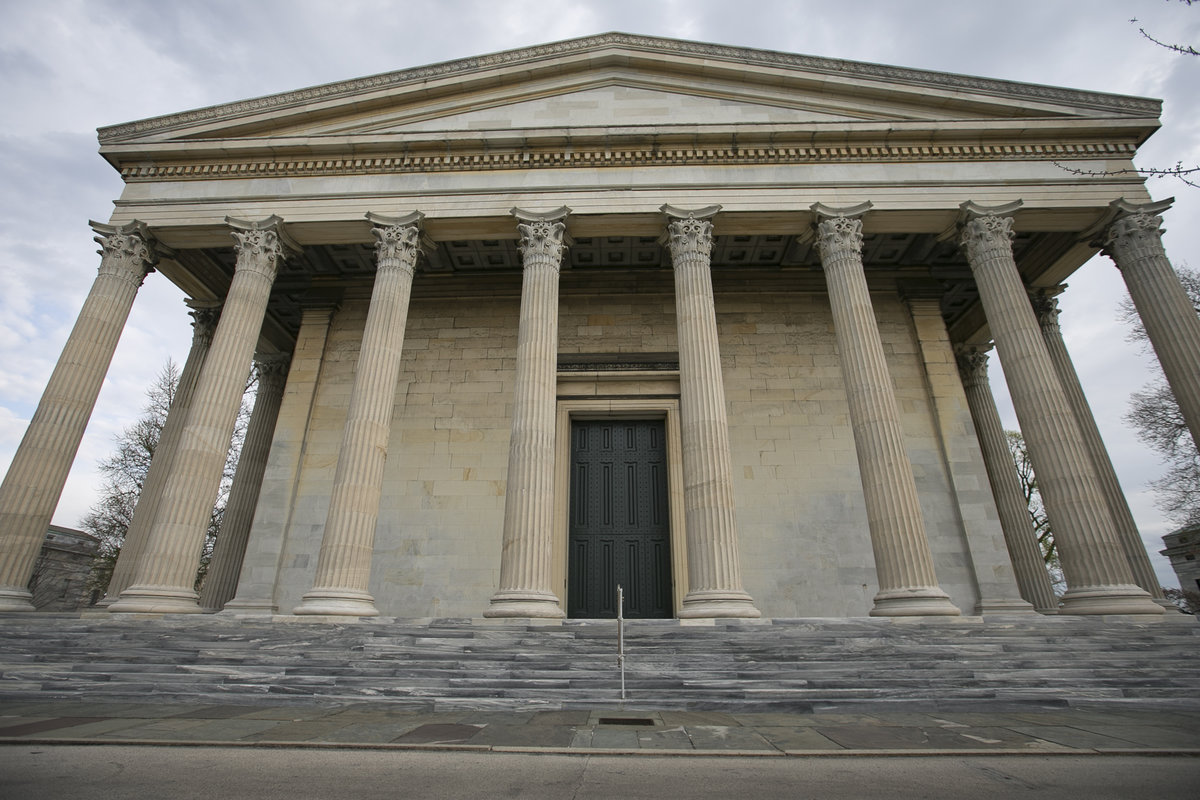 Revelers surround Founder's during this 1932 celebration. 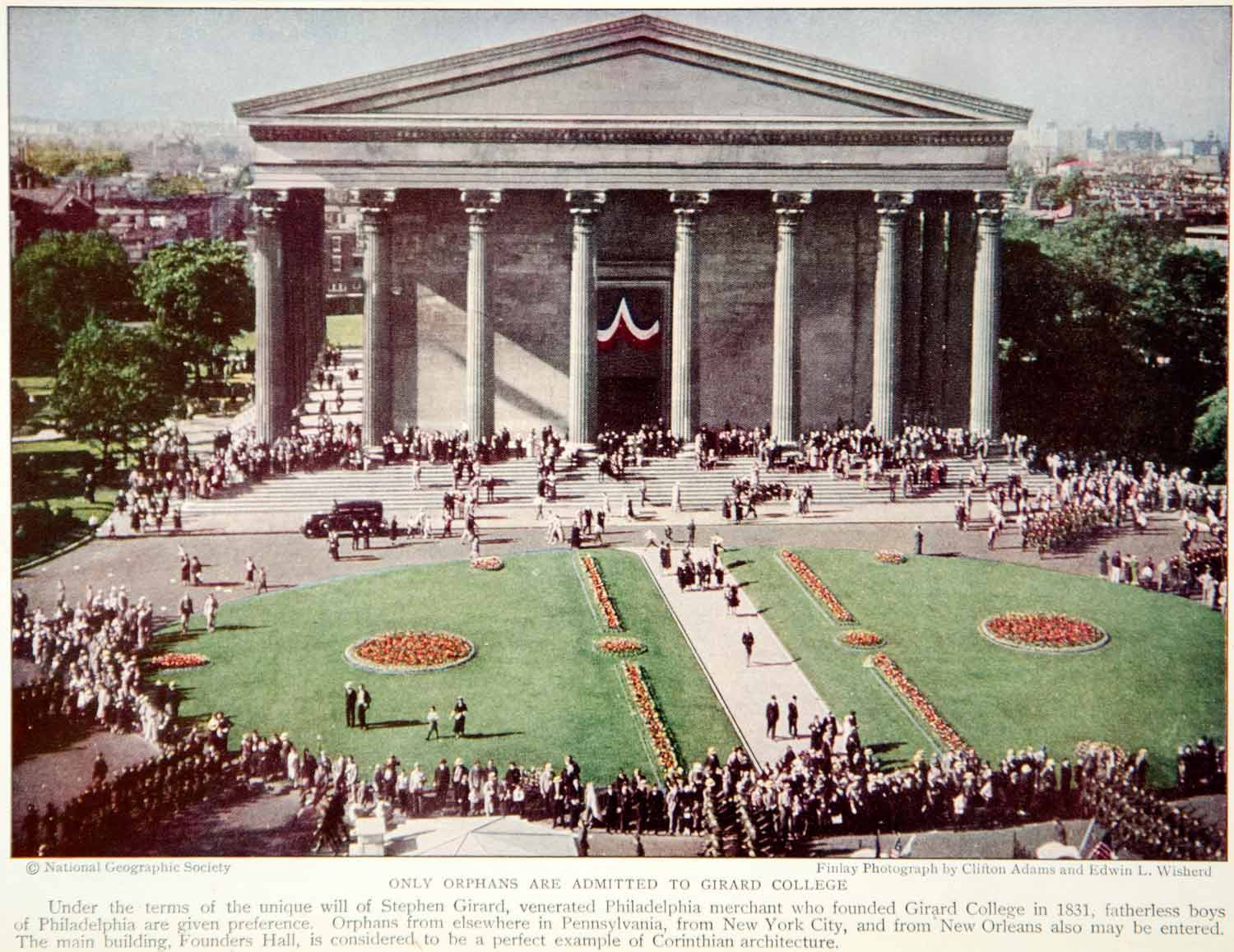 The front of Founder's Hall features a sculpture of founder, Stephen Girard, surrounded by those his school was designed to help; children. 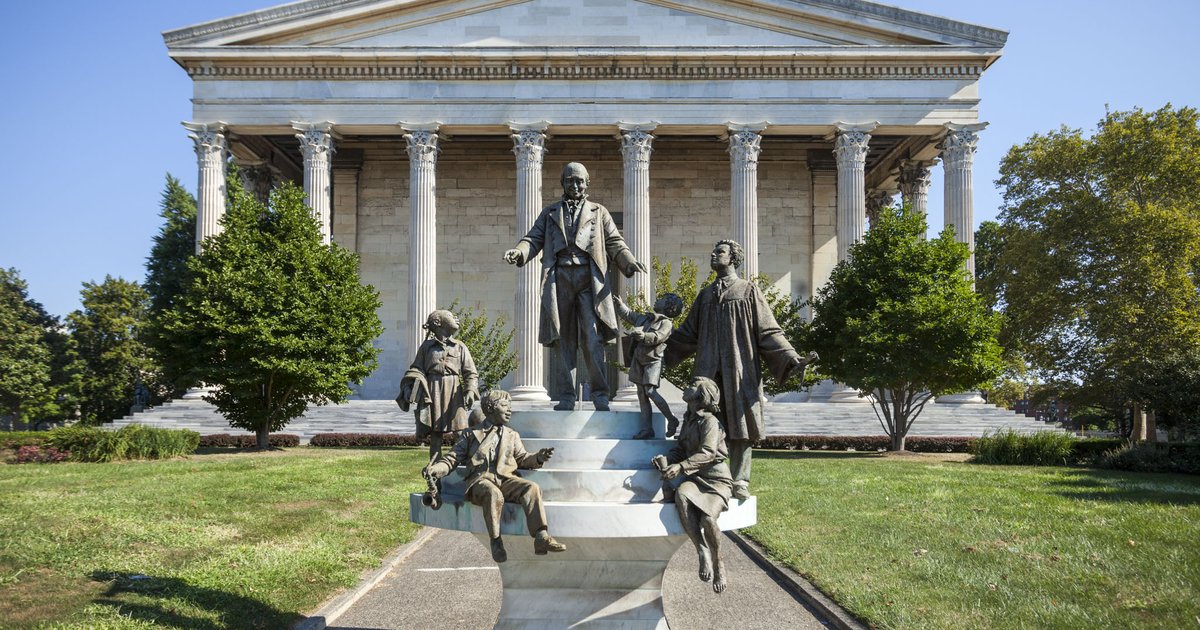 One of the large interior rooms of Founder's with a mural of Girard painted above the doors. 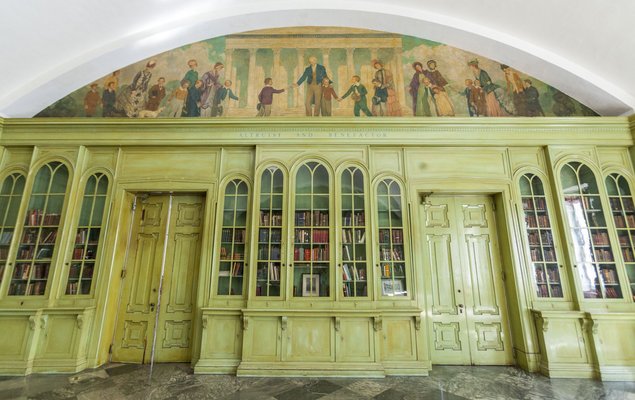 The mortal remains of Stephen Girard, who died in 1831, were brought to Founder's and placed in this sarcophagus in 1851. 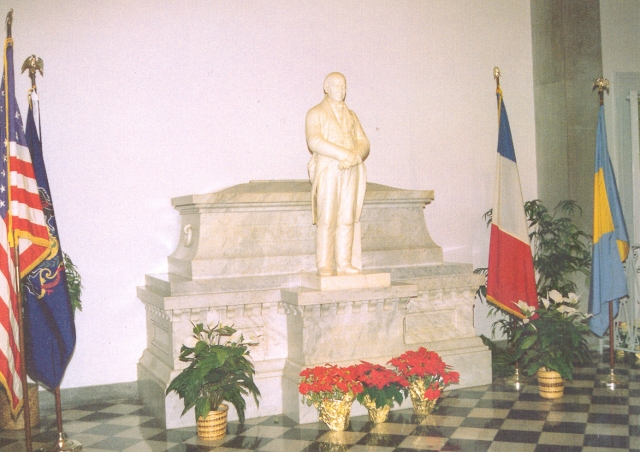 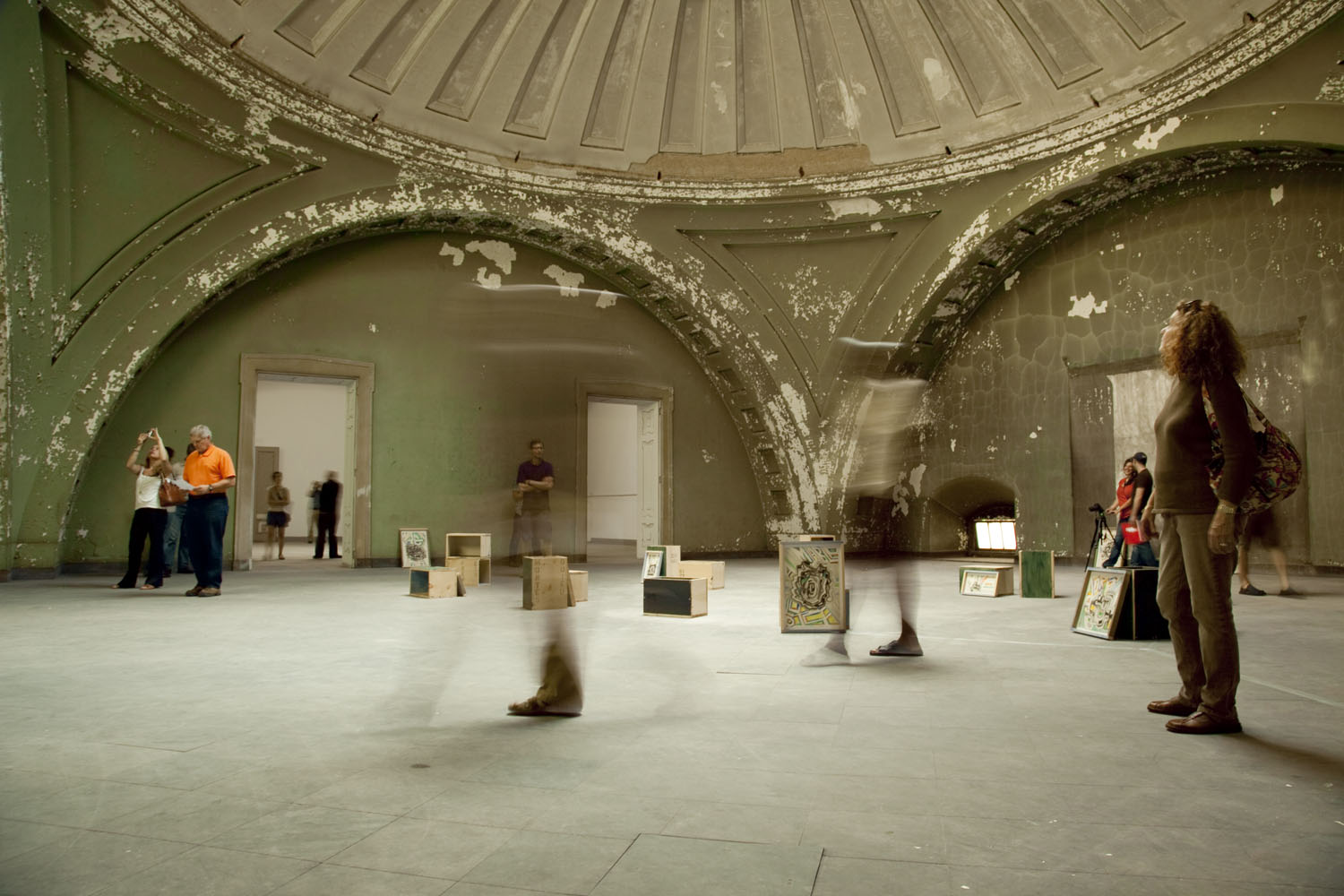 French immigrant, Stephen Girard, arrived in the U.S. in 1776 with little more than his name and eventually became the wealthiest man in the country (his estate was valued at over $7.6 million when he died). It is understandable, then, that he sought to create opportunities for underprivileged children in Philadelphia when he bequeathed some of his millions to create Girard College, a private school for “…poor, white, male orphan children.” Founder’s Hall was one of the original five buildings when the school opened in 1848 and served as the original classroom space.

Girard even went to far as to lay out a rough design and dimensions for his grand building in his will. It would consist of three main floors, each at 14,000 square feet. He desired four 50’ x 50’ rooms with 25-foot ceilings, set side-by-side, to be flanked on either side by two 100’ x 20’’ rooms on each floor. He also dictated the thickness of the walls and foundation and the placement of the doors, windows and staircases. Nicholas Biddle, the chairman of the school’s building committee and president of the Second Bank of the United States, was then tasked with making Girard’s vision a reality.

The school held a nation-wide architectural competition to determine the building’s designer and Thomas U. Walter submitted the winning plans. He created a monumental Greek revival structure, larger than even the Parthenon. It features 34 fluted Corinthian columns that tower 65 feet and main doors that are over 30 feet tall and 15 feet wide (the doors were fully restored in 2016). However, the large spaces made for challenging classroom acoustics and traffic flow, so the school expanded, additional buildings were built and the last classes moved out in 1916. Today, the building’s houses a museum on the second floor focused on Stephen Girard and the history of Girard College, as well as the manuscript and archival collections on these topics. The first floor is used as event space for both school and outside functions.

The Stephen Girard Collection features original 1780-1830 items from his townhome on Water Street. Items include furniture, clothing, paintings, and silver. Due to Girard’s records, the item’s manufacturer, year produced and purchase prices are known for most of the items. The Girardiana Collection is comprised of items that detail the history of the school from 1848 to the present. The book and manuscript collections include Girard’s correspondence, receipt books, bank records and personal library. Original architectural drawings from the 1832 architectural competition and a wide variety of documents and photographs relating to school history are also within the collection.