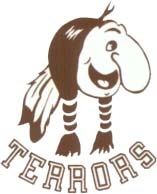 Circa 1930s. The General William Palmer statue sits in front of the original high school. 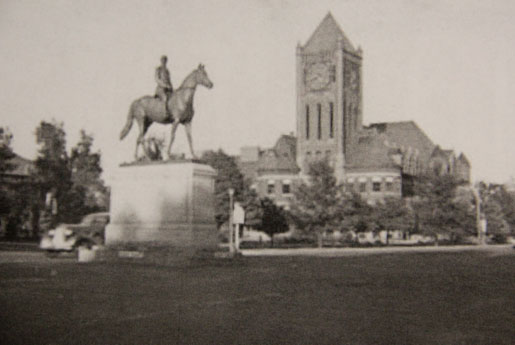 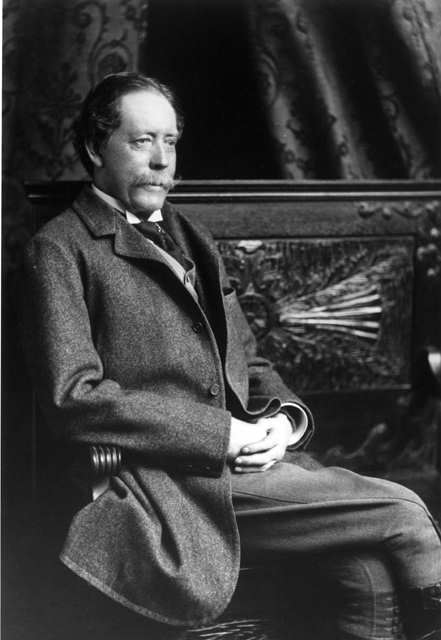 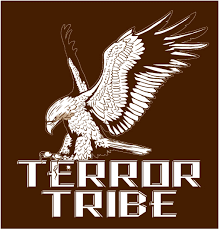 In 1945, student Don Willis, designed the caricature Eaglebeak, which depicted an unflattering "primitive" Native American that mirrored many existing stereotypes. The school selected Eaglebeak and adopted the nickname "Terrors," replacing their current mascot which was a pitbull. The mascot came under fire in 1985 when local residents criticized the mascot as a racist caricature. Defenders of the caricature believed that the mascot could not be racist because the student who created the image had Native American heritage. One of the earliest controversies regarding a Native American mascot at a high school in the United States seemed to be settled when the school agreed to change the mascot. The school kept the nickname and experimented with a variety of mascots, to include an attempt to use the Tasmanian devil cartoon from Warner Brothers. When it became clear that this would violated the studio's copyright, the school searched for another icon.

In the early 1990s the high school chose an eagle as its mascot and named it "Eaglebeak." In 2016 senior Doe Schall led a group of students from the school's Gay-Straight-Trans Alliance in a campaign to create gender-inclusive bathrooms in response to the discrimination experienced by transgender students. Palmer was the first high school in Southern Colorado to have gender-inclusive bathrooms.

The school's website offers a slightly different interpretation of the mascot controversy:
"The school traces its history back to the 1870s and still uses a "C" for varsity letters, which through 1986 was referred to as the Broken Circle Tribe. In 1894, the successful football team earned the nickname "holy terrors," and so the school adopted the nickname "Terrors." In 1923, the football team won the national championship, the same year that Fred Fink wrote the beloved "Terror Fight Song." Prior to 1945, the school's mascot was a pit bull. In 1945, a Native American student, Don Willis, designed Eaglebeak, a caricature of a fictitious Indian chieftain, beloved and respected by students and faculty alike, and the teams became the Terrors. Despite this, in 1985 a local political hopeful made an issue of racism for political gain, making Palmer one of the very first cases of controversy over an Indian mascot in the United States. This upset the community at large, even rival high schools who understood the respect Eaglebeak was treated with, and the politician lost the election very soundly. Despite the fact that he later publicly apologized to the student body and retracted the charge of racism, the damage was done, Eaglebeak was not to return.
About William Palmer
William Jackson Palmer (September 17, 1836 - March 13, 1909) was a civil engineer, soldier, and industrialist. He was a Union General during the American Civil War. He also was founder and president of the Denver and Rio Grande Railroad. Palmer founded the City of Colorado Springs, Colorado in 1871, as well as several other communities."