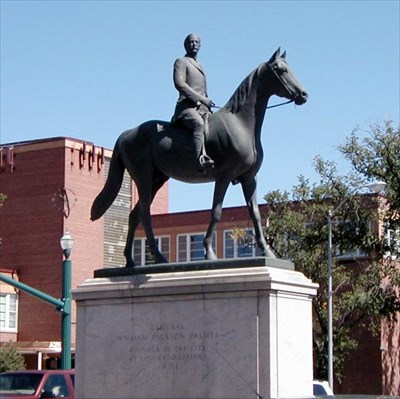 When William Palmer, a Delaware native, came to the Colorado Territory in 1870, he quickly began to make a name for himself in the area and from the start built up what would become Colorado Springs. Palmer began his career as a employee in western Pennsylvania for Hempfield Railroad's engineering department as a clerk. When the Civil War broke out in 1861, Palmer, though a Quaker, gained a commission in the Union Army when his abolitionism overtook his religious tenets. By the end of the war he was a Brevet Brigadier General and would earn the Medal of Honor in 1892 for his actions in Red Hill, Alabama on January 14, 1865. In Colorado, he continued his work with railroads and would for the rest of his life be a philanthropist whose work created Colorado Springs and many of its buildings and institutions. This statue was erected in his honor in 1929. 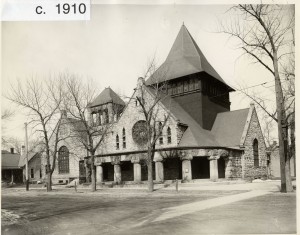 First Congregational Church's organization and founding in 1874 was established at the same time with Colorado College, a move done to provide both religious and educational services to upcoming college students. The church's first two ministers of the church, Rev. Jonathan Edwards and Rev. James Dougherty held positions in the college. The church building was completed in 1889. Next to the church is the Gregg Library, named after Rev. James Gregg. The library serves to this day, but in a new home. 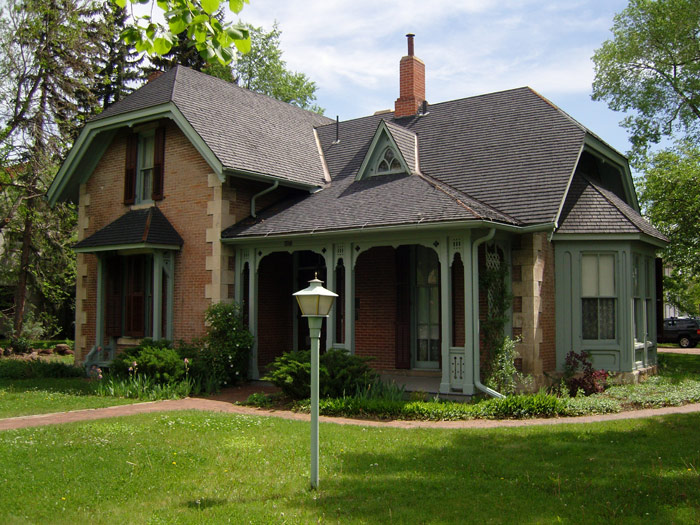 The McAllister House is an historic house owned by Henry McAllister and was opened as a public museum in 1961. The McAllister House was one of the first houses or buildings in colorado springs. Even the trees around it were not there for years. It was a house built to last with 20 inch thick walls. Henry McAlister had saw the massive blizzards that colorado had to offer. The building of the house was delayed due to McAllister's train derailing on the way to colorado. The architecture of the house was quite strange. Back during the construction of the house closets were taxed as rooms. This meant that the McAllisters would only have a closet. Instead of closets the house had chests and crates. The Glass also slides up in the house and functions as a door. The banister is very short for the needs of Elizibeth McAllister's need, being very short. 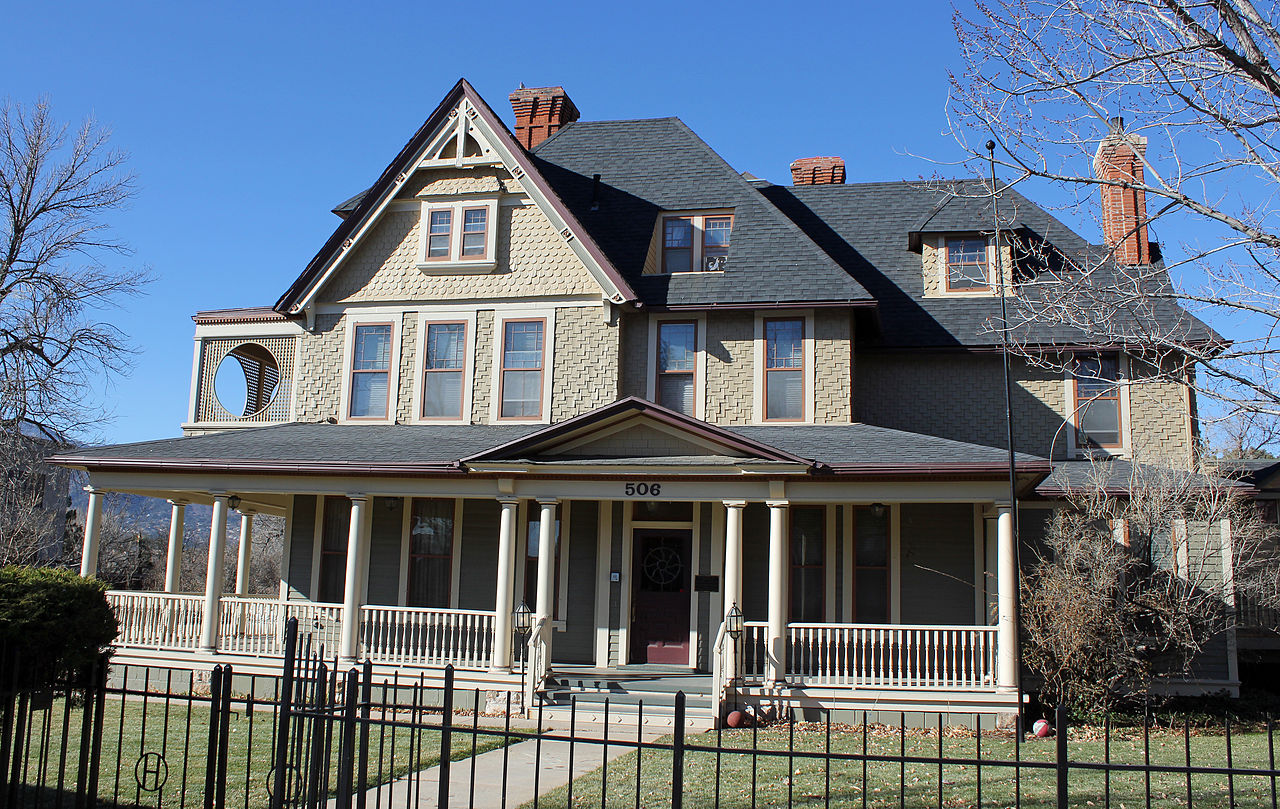 Judson Bemis was a Boston manufacturer that came to Colorado Springs in 1881 most likely for his wife's health since she contracted tuberculosis. Bemis had this home built in 1885 to be a permanent house for his family, while he would return to Boston for most of the year to continue his work. The Bemis family was very active in Colorado Springs, taking part in founding or being members of many organizations dedicated to education, healthcare, banking, business, Day Care and nurseries. Made of Queen Anne, Colonial Revival and Stick architectural styles, this 10-room, three-story house (with additions made in 1886 and 1887) would in recent years become apartment housing.