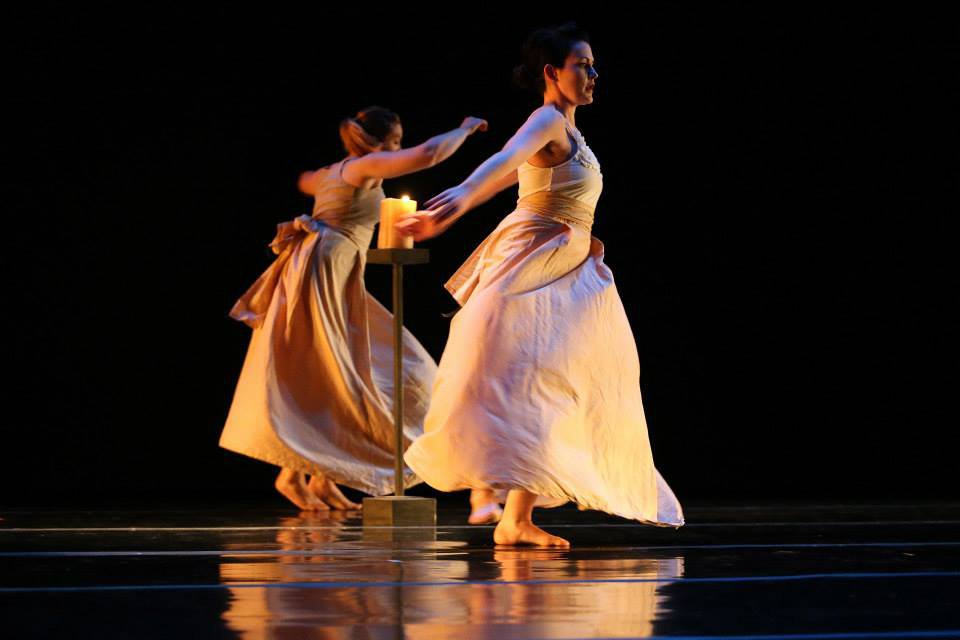 A crowd gathering to watch the extinguishing of the Roxy Theatre. The Palace Theatre was across the street from the Roxy. August 25, 1952. 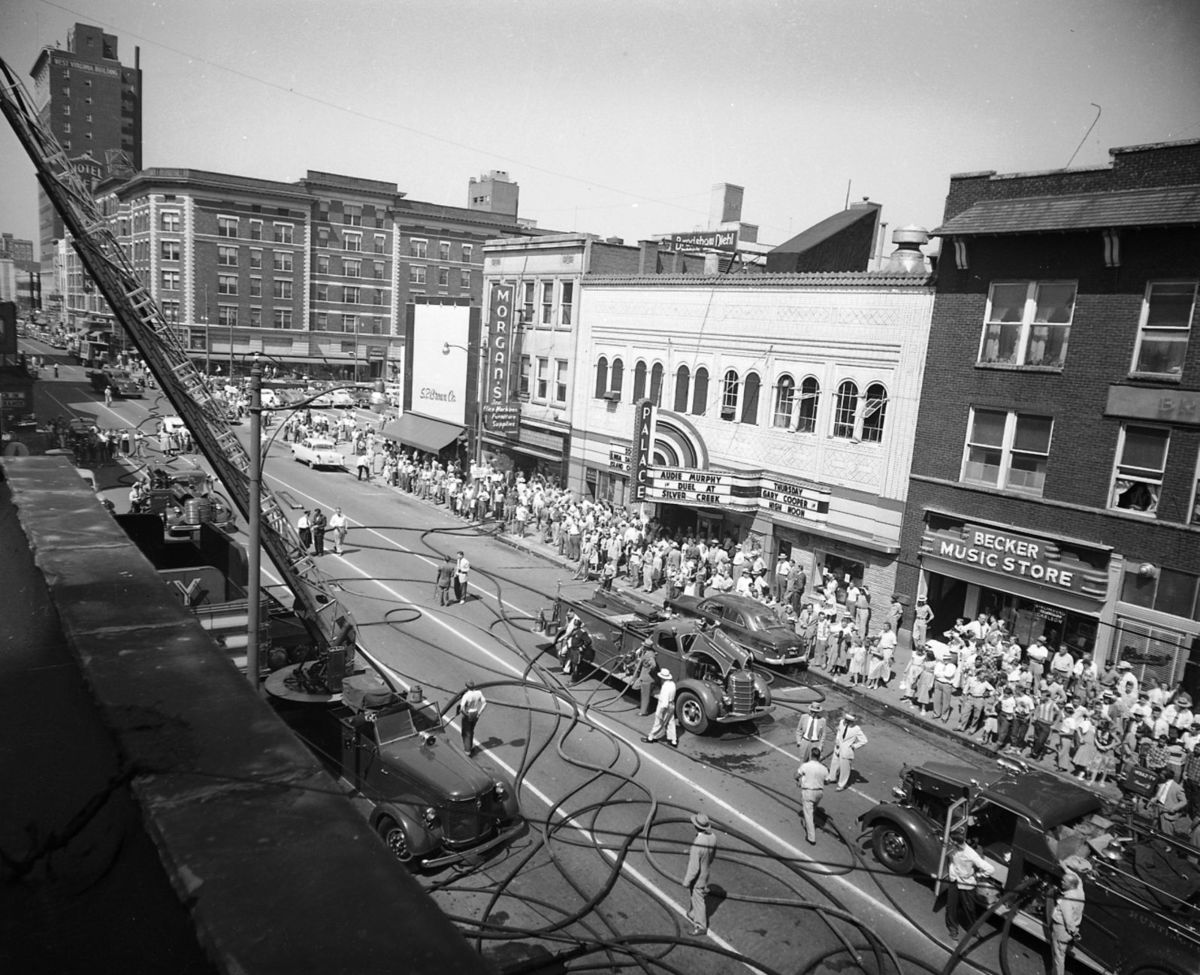 The Palace Theater during the flood of 1937. 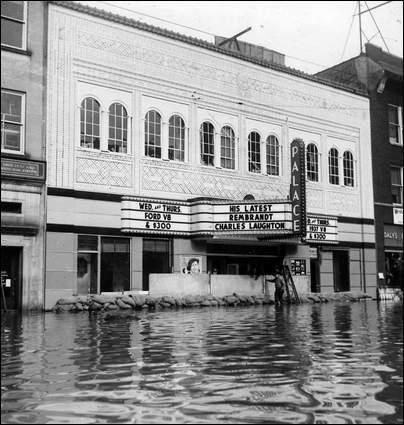 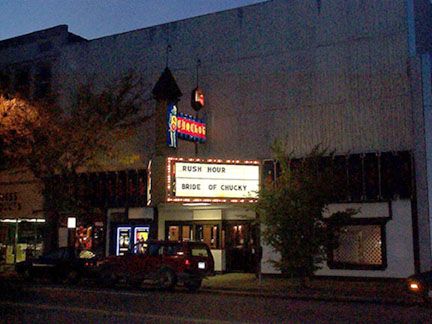 A crowd gathering to watch the extinguishing of the Roxy Theatre. The Palace Theatre was across the street from the Roxy. August 25, 1952.

The Palace Theater during the flood of 1937.

The Palace in 1931 during promotions for "Chances" 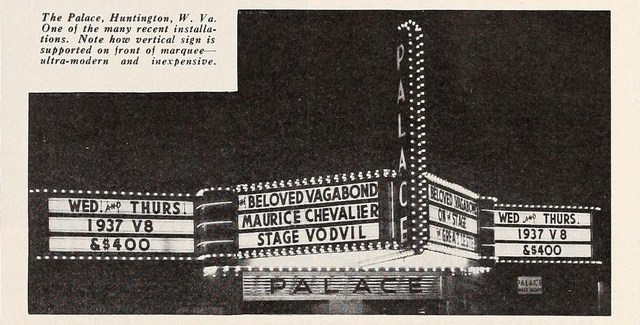 The auditorium of the Palace before a second screen was added 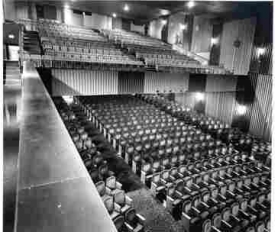 Postcard showing 4th Avenue, including the Palace and other theaters 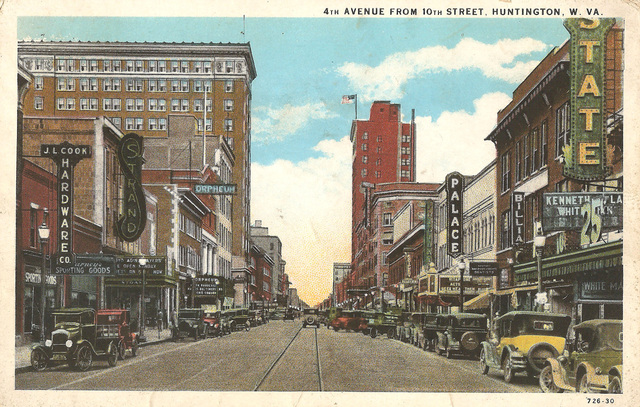 After a Ford auto showroom burned down at 1030 4th Avenue in the early 1920s, plans for a theater to be built in its place were announced. The structure was quickly built, but the project was financially unstable and eventually put on hold. After standing vacant for three years, the building was purchased by Smith Amusement Company in 1925 and the theater was rapidly completed in time for its opening night of November 15, 1925. The decor of the Palace Theater was as grand as its name would suggest. Its box office was elegantly finished in bronze and gold and had room for two cashiers. The walls of the exterior lobby were marble-trimmed, with bronze cases featuring advertisements for current and upcoming films. The main auditorium, which could seat up to 1325 people, contained stadium-style seating that was divided between the ground floor and a balcony.

The Palace Theater opened during a decade of great expansion for the American film industry, during which “picture palaces” that could hold over two thousand people were constructed across the country. Vaudeville remained a popular form of entertainment throughout the 1920s, but the rapid growth of the film industry meant that many theaters came to feature brief movie clips alongside live performances. The theaters of Huntington’s Fourth Avenue reflected this trend: the Orpheum, built in 1914, as well as the Keith-Albee, which opened in 1928, showed films as well as vaudeville performances before vaudeville declined permanently in the 1930s. Several theaters exclusively showed movies, including a variety of nickelodeons built along Third Avenue as early as 1906.

Over the years, the Palace became a popular destination for Huntington moviegoers and a staple of the businesses along Fourth Avenue. A small snack bar named the Sugar Bowl, which was renamed the Orange Bowl around 1963, was opened next to the theater. In April 1962, the Palace was picketed by representatives of the NAACP in protest of the theater’s policy of “part-time integration” in which African Americans were only allowed into the theater for religious films.

The Greater Huntington Theater Corporation purchased the Palace and renamed it the Camelot in the 1970s. The corporation was founded by Abe and Saul Hyman, who had opened the ornate Keith-Albee Theatre a block away from the Palace in 1928 and operated multiple other theaters in the tri-state area. The Palace Theater’s sign was redone to reflect its new name: a neon knight and a horizontal sign reading “Camelot” came to replace the vertical “Palace” above the marquee. In the 1980s, the second floor balcony was converted into another screening room, reflecting the trend towards multi-screen theaters at the time. The Orange Bowl was also converted into a video game arcade at this time.

After the opening of Marquee Cinemas, a sixteen-screen multiplex, in Pullman Square in November 2004, business at the Camelot dropped significantly. The Greater Huntington Theater Corporation closed the Camelot on January 6, 2006, and the Keith-Albee was shut down on January 22 for the same reasons. The closing of classic downtown theaters like the Camelot and the Keith-Albee was not unique to the Huntington area: as modern multiplex theaters were built, they drove business away from historic but outdated cinemas across the country.

Shortly after the Camelot was closed in 2006, Jessica Lynn Fox and her husband bought the theater so that it could be preserved and repurposed into a dance studio currently called 4th Avenue Arts. Fox, a Huntington native, has trained and worked with a number of professional companies throughout the country, and previously taught in Washington, D.C. Formerly called Jeslyn Performing Arts Center, 4th Avenue Arts offers dance, pilates, and theater to the Huntington community.

The Palace (later Camelot) Theater was one of several small movie theaters in downtown Huntington that provided entertainment to moviegoers for decades before it was closed. Along with other Fourth Avenue movie houses like the Keith-Albee and the Orpheum (later the Cinema Theater), the Palace represents the history of American cinema, from its dramatic rise in the 1920s to the decline of small theaters by the early 2000s. It is also an important part of Huntington’s story, representing the rise, decline, and revitalization of its historic downtown.