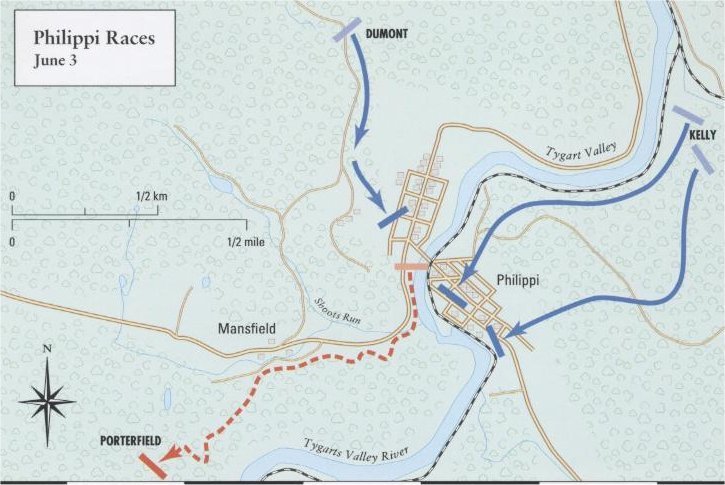 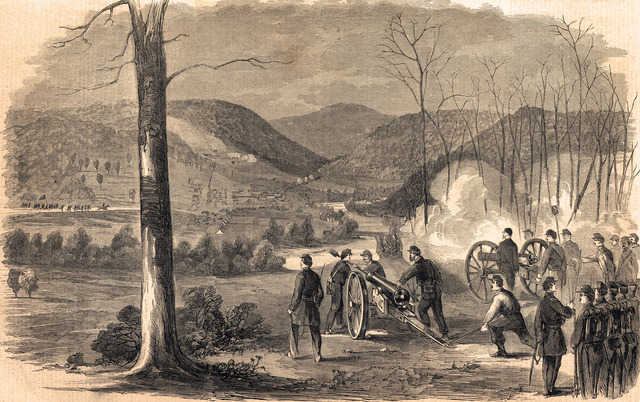 The marker was placed on Broaddus Hill, now part of the Alderson-Broaddus campus. 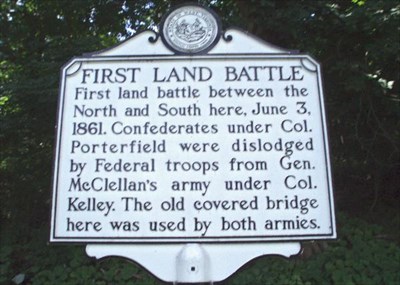 Colonel Frederick Lander's ride at the Battle of Philippi, 1861. 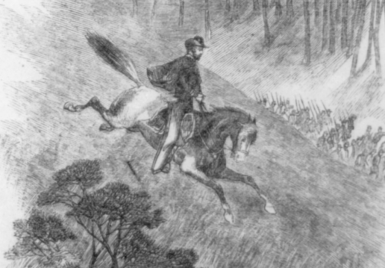 Phillipi, Virginia, was a small town of only about 500 residents. About twenty five miles away, however, was Grafton, a significant railroad town where the Parkersburg-Grafton line met the Baltimore & Ohio Railroad. Owing to its strategic value, General Robert E. Lee sent Colonel George Porterfield to organize the Confederate-aligned troops near Grafton.

Lee overestimated the number of trained and equipped men with Confederate sympathies who would rally to the Southern banner, and, few men actually turned up to help Porterfield. Union General George B. McClellan and his troops traveled to Grafton and were joined by other Union men from Ohio and Indiana.The skirmish didn't last much longer than twenty five minutes and resulted in very few casualties. Three thousand Union partisans and soldiers were commanded by Brigadier General Thomas A. Morris, and eight hundred Confederate partisans commanded by Colonel George Porterfield attempted to maintain control of the this section of the Baltimore-Ohio Railroad but were quickly overwhelmed by the larger Union force.

This battle was an Union offensive to try to take a key bridge in the area and to smash the resistance of Confederate troops in this section of Western Virginia. On the morning of June 3, Union troops arrived at Philippi. Confederate partisans failed to post advance units throughout the area, meaning that the arrival of these troops largely caught the Confederates off guard.

"Due to the rain and a lack of training, the Confederates had not set pickets during the night. As the Union troops moved towards the town, a Confederate sympathizer, Matilda Humphries, spotted their approach. Dispatching one of her sons to warn Porterfield, he was quickly captured. In response, she fired her pistol at the Union troops. This shot was misinterpreted as the signal to begin the battle. Opening fire, Union artillery began striking the Confederate positions as the infantry attacked. Caught by surprise, the Confederate troops offered little resistance and began fleeing south."1