Tuleyries is an antebellum estate located near White Post, Virginia. Colonel Joseph Tuley, Jr. built the manor house around 1833 and gave it a name punning both on his last name and the French royal palace the Tuileries. After a purchase of the land in the 1900s, the land has belonged to the Blandy family, and part of it has been given away to form the Blandy Experimental Farm and the VIrginia State Arboretum. On July 6th, 1971, it was designated on the Virginia Landmark Register, and on August 7th, 1972, it was added to the National Register of Historic Places. 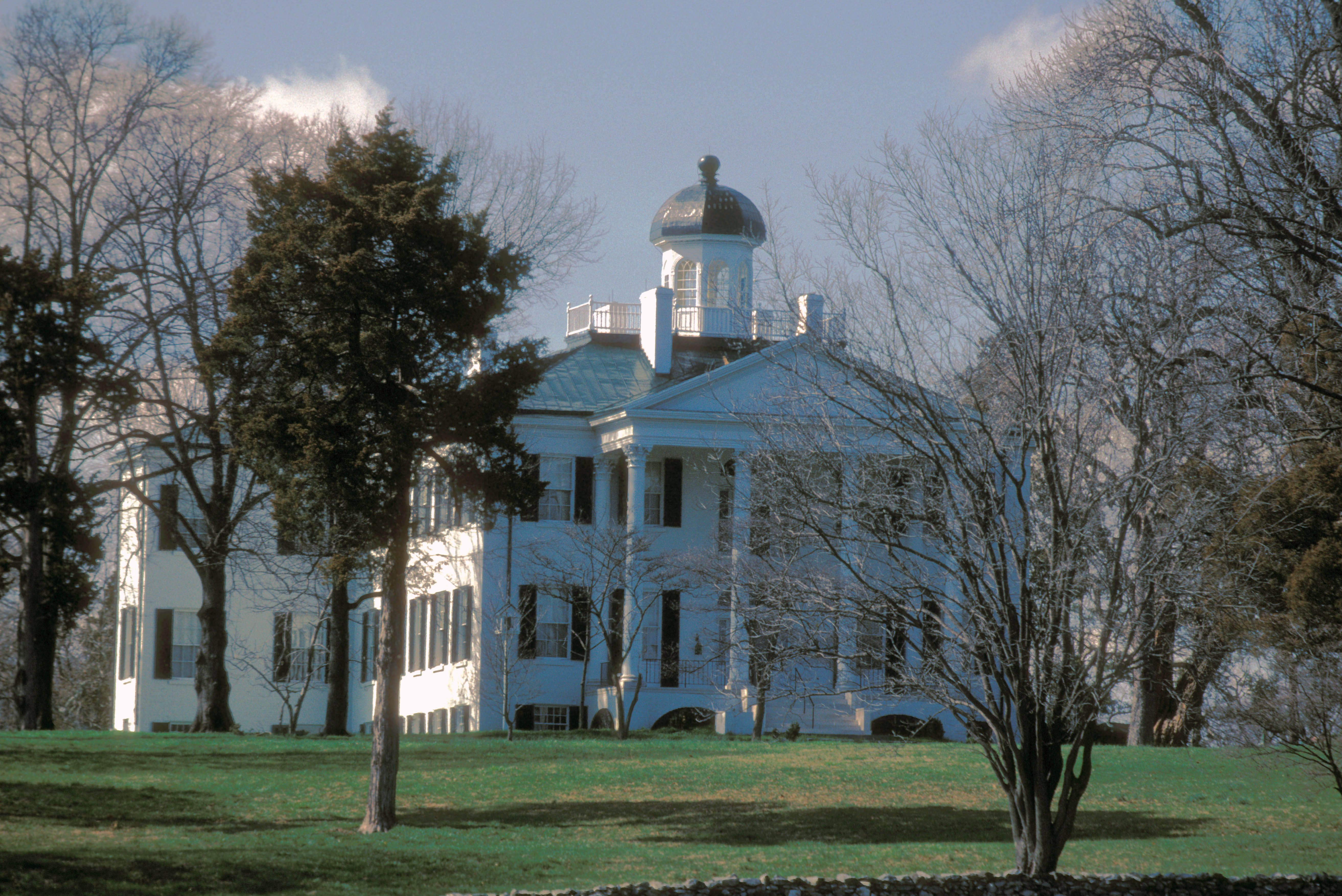 Around 1833, Colonel Joseph Tuley, Jr. (1796-1860) came into possession of land that previously had belonged to his father, who had made his fortune in the tanning business. Tuley began work on his own personal estate on the property, Tuleyries, and it was completed in 1833. The mansion, a late-Federal structure of white painted brick, was praised for its amazing architectural style and its opulence. Atop the house is an octagonal cupola and dome, crowned with a metal orb. The property also includes farm buildings like a smokehouse, ice house, stable, and barn.

Tuley lived at The Tuleyries until his death in 1860. Following his death, the American Civil War resulted in a great deal of damage to the estate, and his widow sold the property in 1866 to railroad attorney Colonal Upton L. Boyce. Graham F. Blandy, a railroad magnate, purchased the property as a summer home in either 1903 or 1905 (sources differ).

Blandy spent a great deal of time and money restoring the property to as close as he could get it to its original condition. Upon his death in 1926, he bequeathed the property in two sections: over half (700 acres) went to the University of Virginia, and the rest (200 acres, including the residence, gardens, and most of the farm buildings) went to his widow. The university operates its portion of the land as the State Arboretum of Virginia and Blandy Experimental Farm. The rest of the estate remains in the possession of the family. On July 6th, 1971, The Tuleyries was designated on the Virginia Landmark Register, and on August 7th, 1972, it was added to the National Register of Historic Places.

State Arboretum at Blandy Experimental Farm. Roots of Our Past, Leaves of Our Future, Arboretum. Accessed March 29th 2020. http://blandy.virginia.edu/arboretum/blandy-history-intro.