Light court in the Rookery. 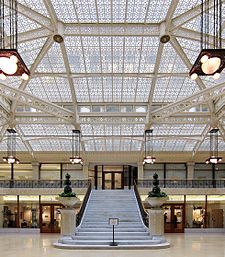 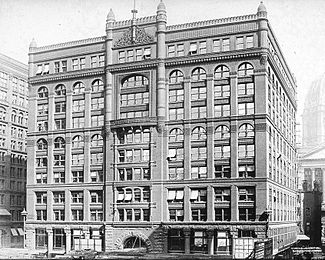 Modern view of the the Rookery. 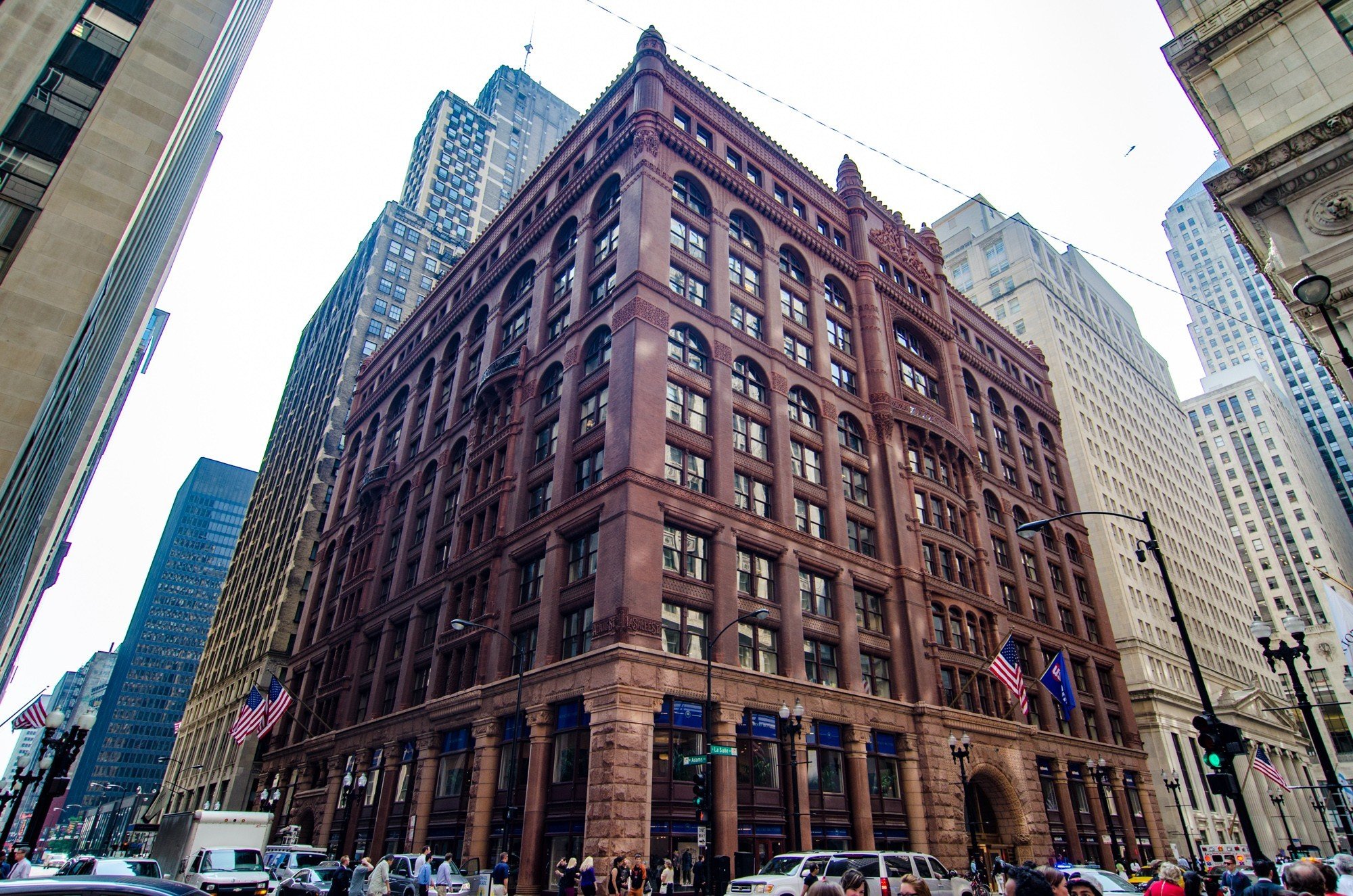 Interior of the Rookery's Light Court. 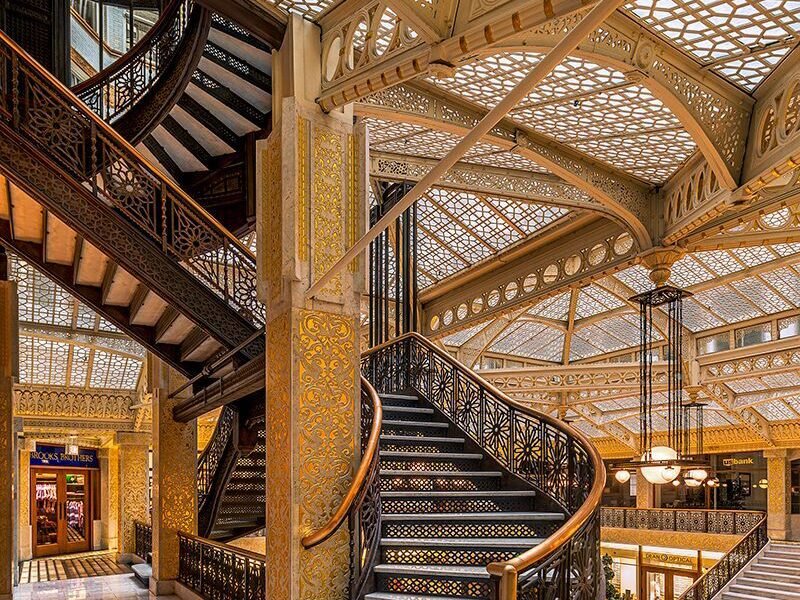 The lot on which the new building was erected previously held the temporary city hall and water tower. Pigeons and other birds famously roosted on site, which resulted in the temporary buildings and the lot being referred to as the Rookery. The name Rookery became so embedded in Chicago culture that the new Central Safety Deposit Company building was immediately referred to as the Rookery. John Root included two carved rooks in the main entrance on LaSalle Street as homage to the nickname.

The completion of the Rookery building indicated a transitional shift in American architecture. At eleven stories tall, it was one of the world’s tallest buildings and the tallest to feature the innovative engineering technique of metal framing with masonry walls. It incorporated many other innovative features of the modern age: passenger elevators, fireproof construction, electric lighting, and plate glass. Because electricity was still in its infancy at that time, the architects designed the building as a hollow square with a two-story light court in the base. Considered the most ornate part of the building, the two-story light court was a method to provide the entire building with as much natural light and airflow as possible by opening up the center. The interior of the light court was constructed of wrought iron and contained a glass ceiling.

By 1905, the Rookery’s light court fell out of fashion. Edward C. Waller, the Rookery’s building manager, hired Frank Lloyd Wright to update the interior. Wright expertly blended Root’s design with an elegant contemporary scheme by covering up the majority of the exposed iron with Cararra marble gilded with arabesque designs, similar to those found on the building’s exterior. This interior update blended Root’s design with the modern Prairie style that Wright helped pioneer, and transformed the space into a bright and refined commercial space. Many architectural historians consider Wright’s redesign of the Rookery’s light court as his most sophisticated interior design work.

Several other major renovations occurred to the Rookery throughout the twentieth-century. The glass ceiling panes in the light court were covered, more office space was carved out of the lobby, the exposed elevator, original marble and mosaic tiles covered with vinyl and asphalt tiles. In 1988, Thomas Baldwin III purchased the Rookery with the intent on restoring the building to its former glory. The restoration project required the input from several architects, the Commission on Chicago Landmarks, and the Illinois Historic Preservation Agency. The restoration project took four years to complete, and the Rookery was mostly restored back to its 1905 appearance. A twelfth-floor was also added to the building during the restoration project. The Rookery was added to the National Register of Historic Places in 1970, designated as a Chicago Landmark in 1972, designated as a National Historic Landmark on May 15, 1975, and remains a cornerstone of Chicago’s elegant architectural history.