The Bladensburg battlefield today, part of the Waterfront Park along the East Branch of the Potomac River 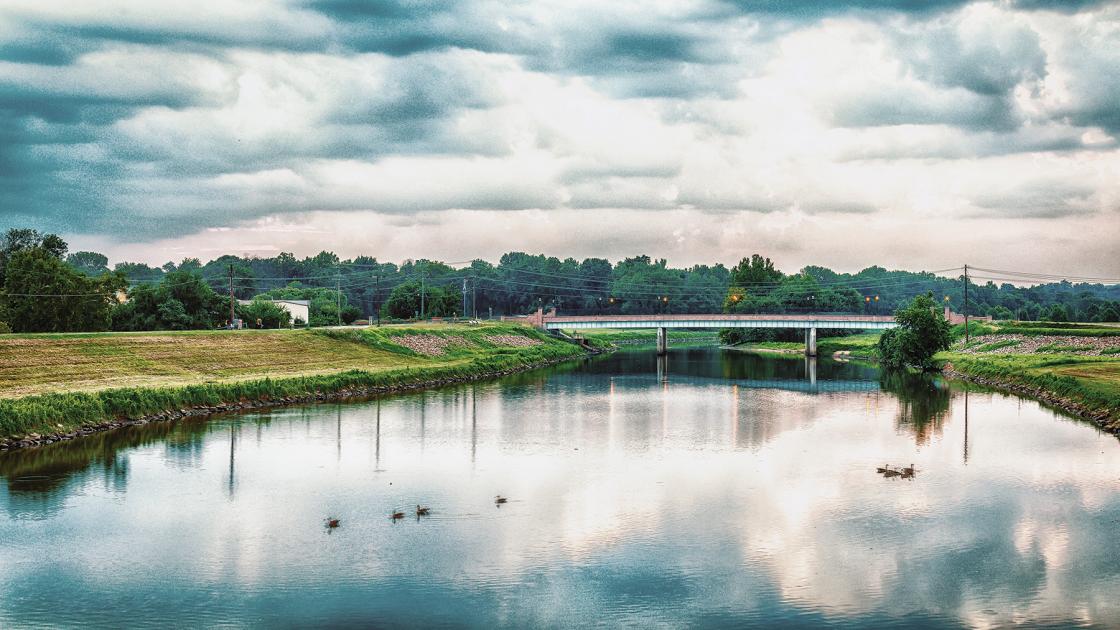 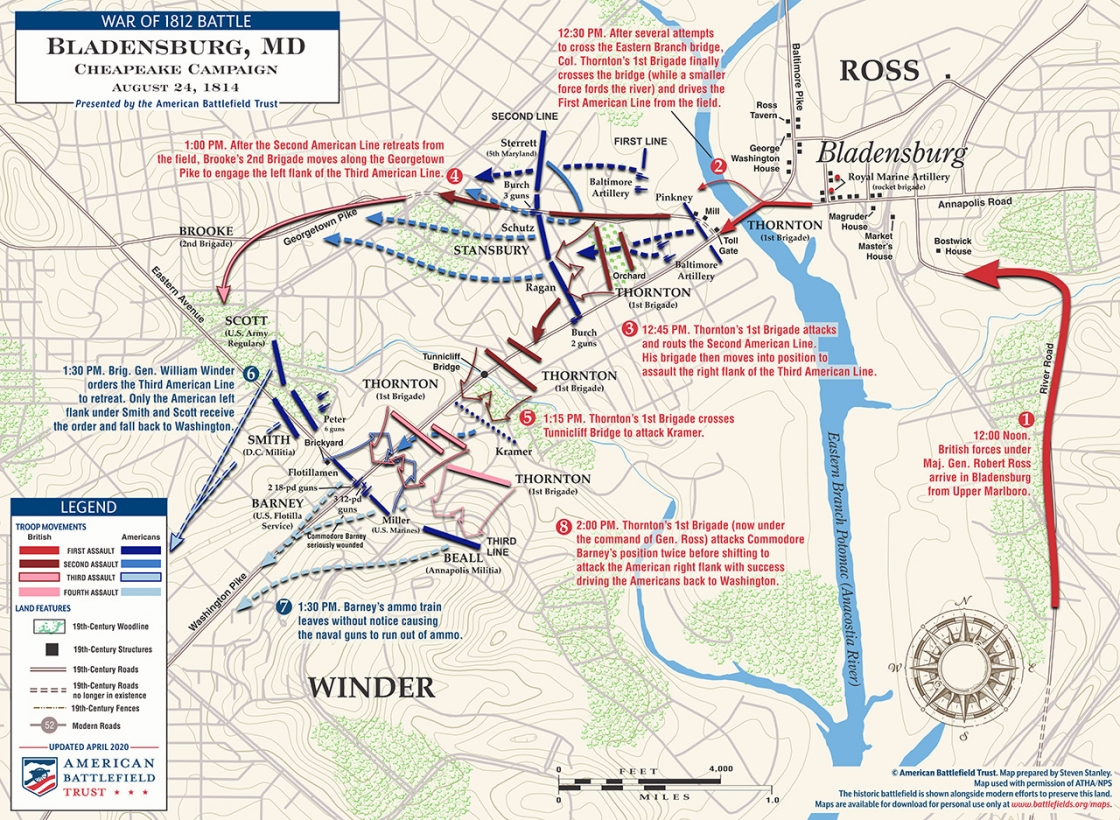 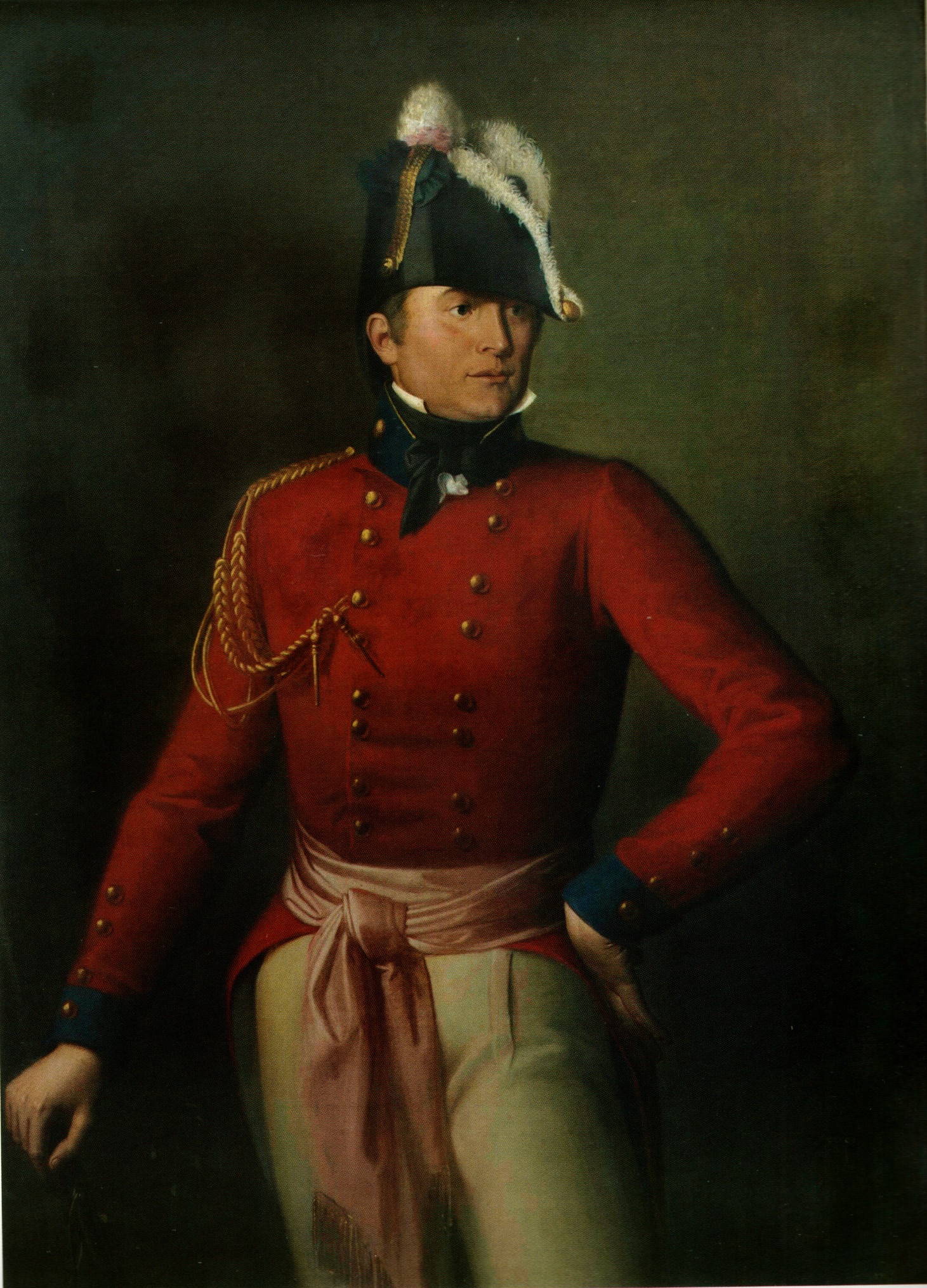 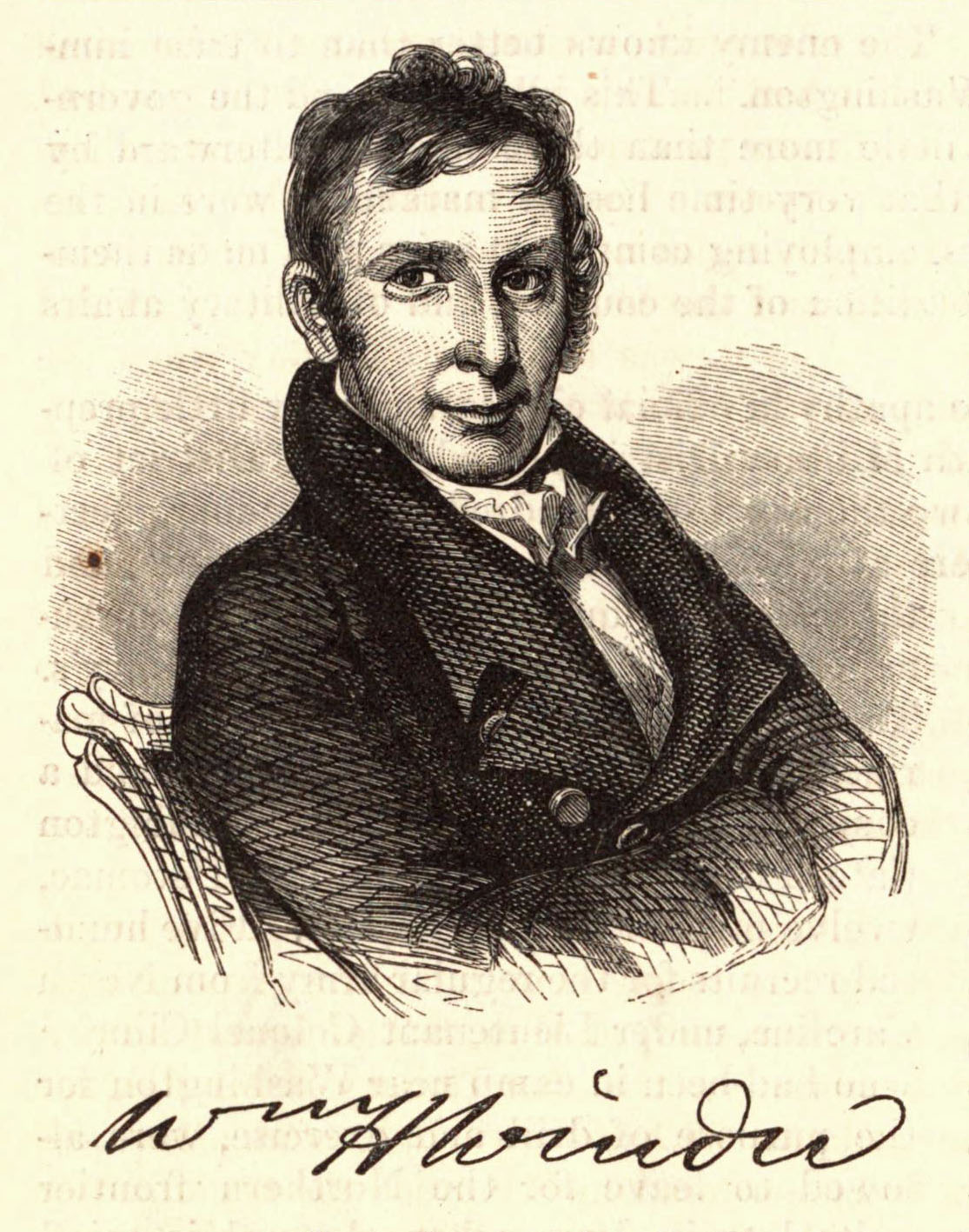 In the early 19th century, the young United States once again found itself locked in conflict with Great Britain. Just a few decades after achieving independence in 1783, the United States declared war on Britain again in 1812. The War of 1812 was fought for many reasons, but the United States entered the war with a few clear objectives: defeating Native-Americans and their British allies on the frontier, conquering British-held Canada, and putting an end to British attacks on American shipping.

American ambitions outweighed their capabilities. Although Americans were able to defeat Native-Americans in the West, they repeatedly failed in their attempts to conquer Canada. Worse, the British Navy blockaded and raided much of the Atlantic Coast, including the Chesapeake Bay. Despite their inability to make progress, the United States benefited from Great Britain's larger war with Napoleonic France, which kept Britain preoccupied and prevented it from devoting many men or materials to the American conflict.

The strategic landscape changed in 1814, when European allies defeated Napoleonic France. No longer at war with France, Great Britain suddenly had spare troops, ships, and materials to send to North America. In the summer of 1814, British reinforcements sailed for Chesapeake Bay. The force included a sizable fleet commanded by Rear Admiral Sir George Cockburn, and a 4,000 man invasion force led by Major General Robert Ross. Though small in number, the British regulars were hardened veterans, having proved themselves on battlefields across Europe. Hoping to strike at American port towns to alleviate pressure on British Canada, the British determined to attack the under-defended United States capital Washington, D.C.

In late August, British troops sailed up the Chesapeake Bay and landed along the Patuxent River not far from Washington D.C. The defense of the United States capital rested in the hands of Brigadier General William Winder; unfortunately for the U.S., Winder proved an indecisive and poor commander. Winder's forces were stretched out between Washington and Baltimore, and as the British approached Washingotn, Winder scrambled to compose a force to oppose them. He managed to scrape together 7,000 men. Despite their numbers, however, the majority of the American force was comprised of untrained, untested militia, along with a small force of regulars and sailors.

The two forces clashed at Bladensburg, a small village northeast of Washington, D.C. along the East Branch of the Potomac River (and today a suburb). American forces were arrayed in defensive positions on high ground to the west side of the East Branch, opposite the town. Although they enjoyed a strong position, U.S. forces were too spread out to support each other. British forces attacked straight ahead, enduring artillery fire and crossing the lone bridge in Bladensburg. American forces managed to inflict heavy casualties initially, but as British soldiers poured across the river, U.S. forces were overwhelmed and panicked. Their retreat turned into a rout, and as one onlooker noted, "the militia ran like sheep chased by dogs."[3] Commodore Joseph Barney's force of sailors and marines proved tough to crack; as Admiral Cockburn noted, "They have given us the only fighting we have had."[5] The embarrassing American retreat was dubbed the "Bladensburg Races."

Recalling the battle, British officer Robert Gleig put it bluntly: "No troops could behave worse than they [the Americans] did. The skirmishers were driven in as soon as attacked, the first line gave way without offering the slightest resistance, and the left of the main body was broken within half an hour after it was seriously engaged."[4]

The American forces continued their retreat beyond Washington, D.C. The British advanced on the capital slowly. Along their march, African-American slaves ran to British lines in hopes of finding freedom (there were actually a small number of African-American "Colonial Marines" included among the British forces.) On the evening of August 24, British troops entered the United States capital. They set fire to the President's House, Capitol, Treasury, and other government buildings, but they largely avoided burning private property. Having succeeded in routing the U.S. army and sacking the capital, British forces returned to the safety of their ships. They moved on to strike Baltimore in September but were stymied by Fort McHenry, whose valiant defense gave the United States its national anthem.

Today, the growth of D.C.'s suburbs have overrun much of the Bladensburg battlefield. Efforts were made in 2012 during the bicentennial to commemorate the battle. The Bladensburg Waterfront Park, purchased for $75,000, preserves the stretch of East Branch where British soldiers crossed the river under fire. A few miles away at the Bladensburg Balloon Park, a $375,000 memorial crafted by Joanna Blake was unveiled in 2014. The memorial honors the American defenders at Bladensburg and depicts Commodore Joshua Barney and several of his men, including former slave Charles Ball who fought with the marines.