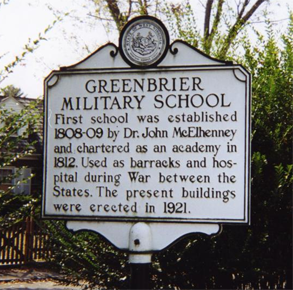 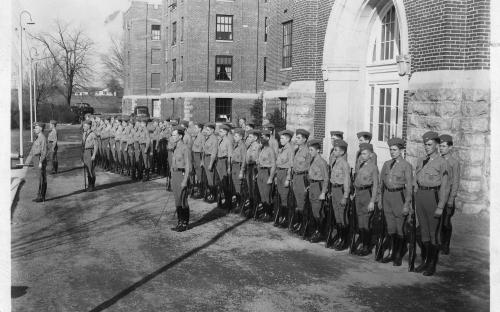 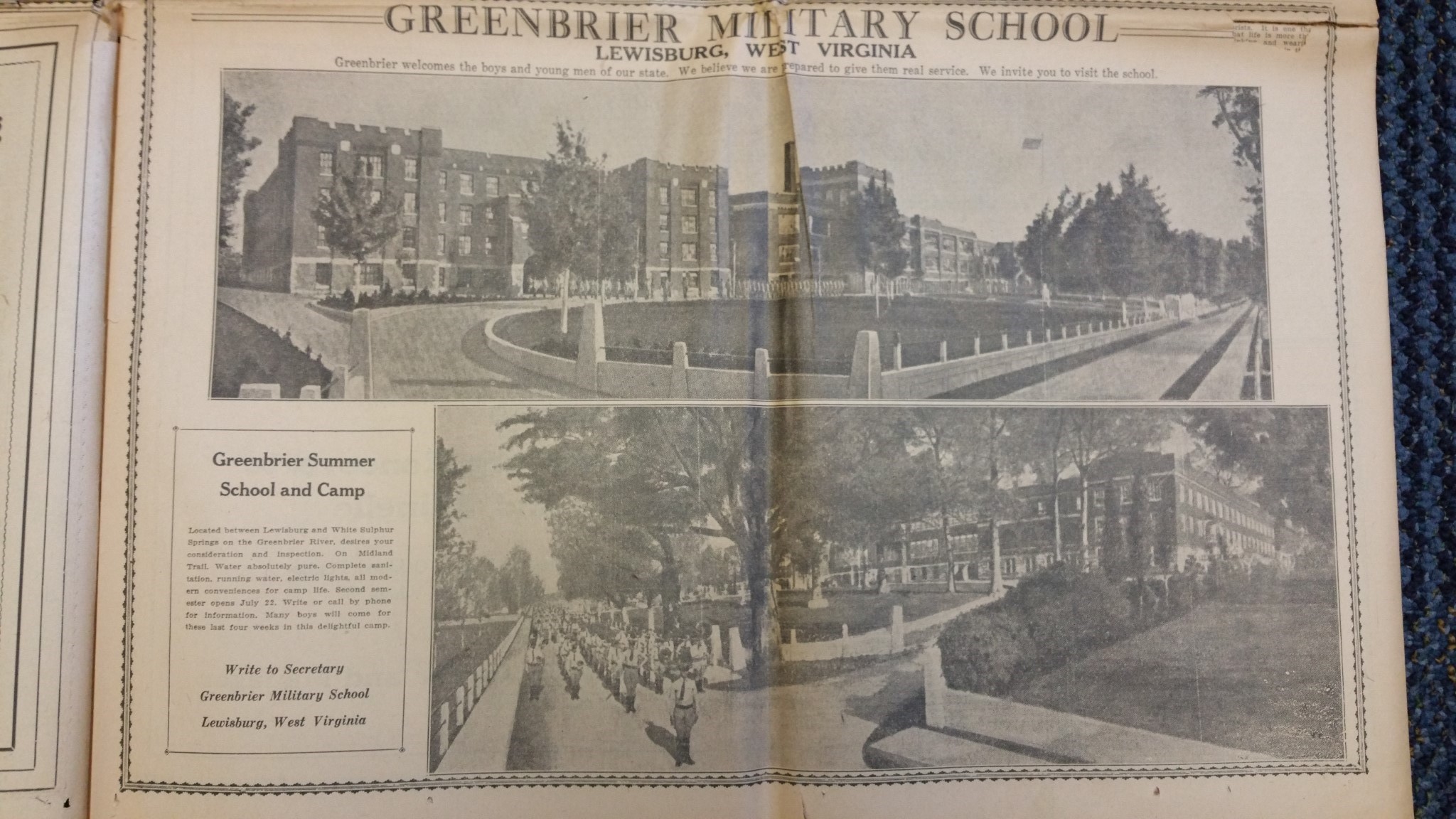 Photo of the class of 1968's yearbook 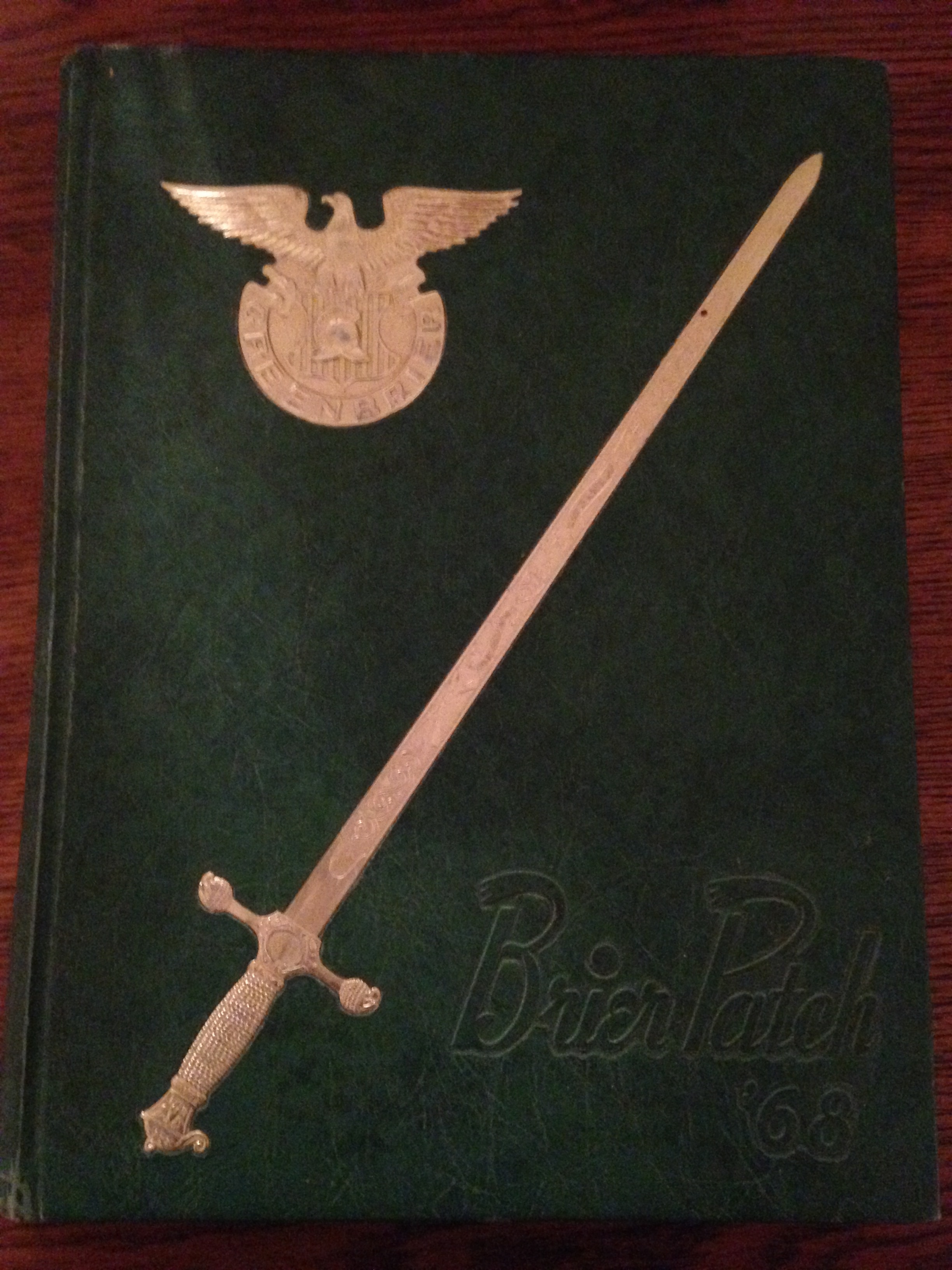 This educational establishment dates back to 1808 when Dr. John McElhenney began his efforts to create an academy in Lewisburg. The school secured a charter from the state of Virginia in 1812 and trained many young men who would go on to have successful careers in business, politics, and the military. Like many schools and academies, the building serves as a barracks and hospital during the Civil War. The current structure was completed in 1921. The Greenbrier Military School operated under several names and after its closure, the building was acquired by the West Virginia School of Osteopathic Medicine.

Following the Civil War, the two schools separated and the school for young men became known as the Greenbrier Military Academy. In the late 1800s a fire destroyed the school and by 1896 a new building was built that attracted children from all over the country. The curriculum heavily focused on religion as well as academics. In the year of 1921 the building once again burnt; however, another building was built in its place. The school for boys became known as one of the top 10 military schools in the nation due to their firm discipline and strict military environment (1).

On the other side of town was the Greenbrier College for Women. This institution began in the same way as The Greenbrier Military Academy. It also had several fires that caused the building to be rebuilt multiple times.

These two schools had many similarities. Both academies were rebuilt several times after fires destroyed their class buildings. Both were also used to house troops and treat the wounded during the Civil War. Although the schools were physically separated, they retained a close relationship. They shared a vocal ensemble that performed together throughout WV and they attended Old Stone Presbyterian Church together each Sunday.

Col. Houston B. Moore and his brothers, Capt. Joseph M. and Capt. D.T. Moore purchased the institution in 1920, from the Greenbrier Presbytery, and returned to a military curriculum. (3) Dormitories large enough to house 250 boys were built on the school's campus encouraging young men from all over Virginia and other states to attend. Four years of military training became mandatory for all that attended. The Moore family remained tied to the school as teachers, board members, students and teachers until the school closed in 1972.

The Greenbrier Alumni Association continues to have class reunions annually. The reunions give former students a chance to reminisce about their times there at the Brier. Each year, the deceased names for the previous year are read, a dinner and dance is held, a golf outing for the gentlemen, a ladies breakfast for the wives, and Sunday service at the Old Stone Presbyterian Church.