The National Arboretum is a natural museum of trees and other plant life that seeks to enhance the value of plant life and scientific research not just in the U.S. capital area, area, but on a national scale. It stretches over 446 acres in northeastern Washington, D.C., with 9.5 miles of roads and paths. Established in 1927 by an act of Congress, the National Arboretum cultivates its tree and herbarium collections both for research and educational purposes. The Arboretum also features early nineteenth-century sandstone columns which once supported the eastern portico of the U. S. Capitol building, which arrived in the arboretum in 1984.

The iconic columns of the Arboretum, by AgnosticPreachersKid on Wikimedia Commons (CC BY-SA 3.0) 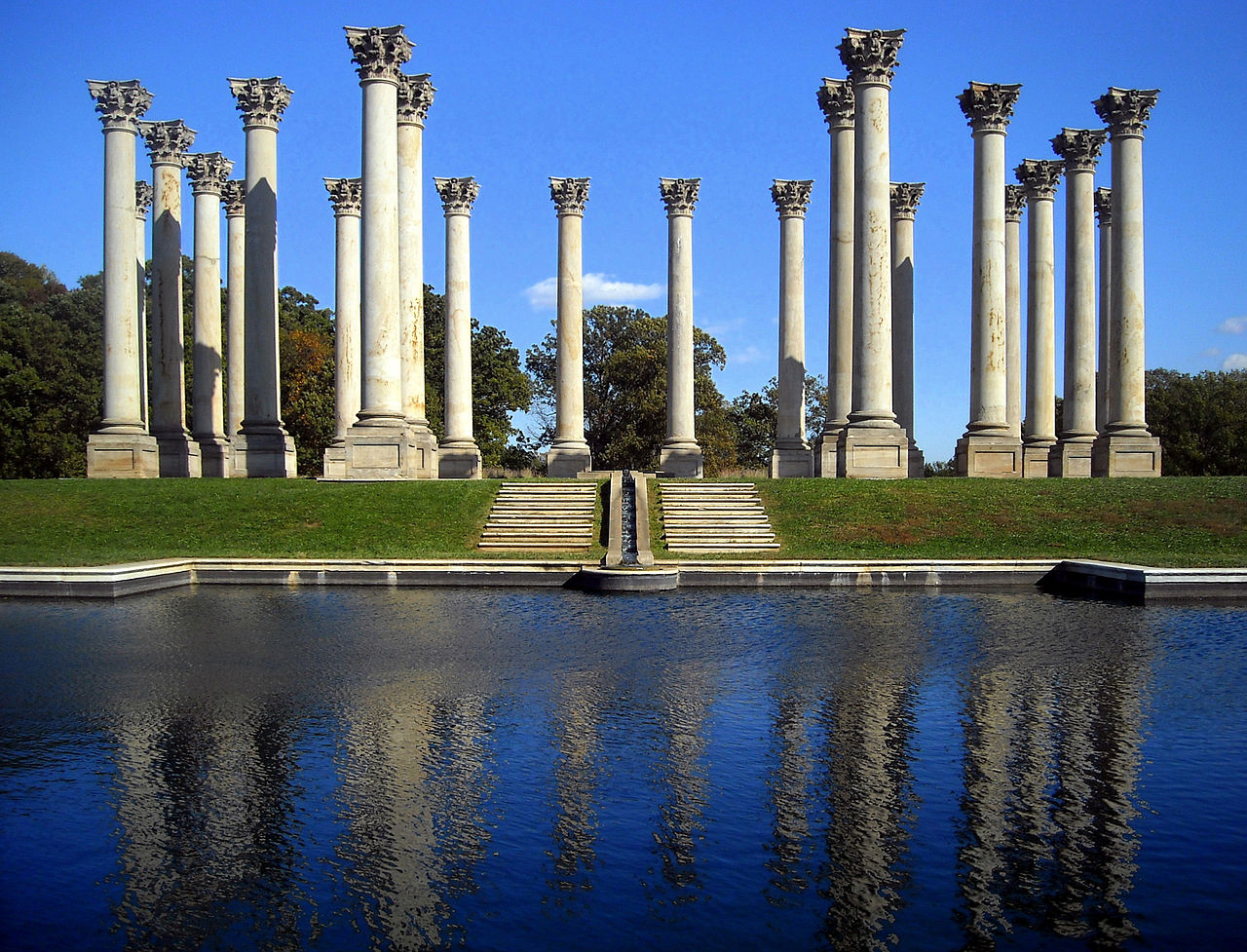 By the beginning of the 1900s, casual discussion of constructing a national arboretum in the United States had been undertaken, as arboretums had existed worldwide dating back to the 1600s. It was not until 1901, however, that a commission was put together in order to inquire about the possibility of constructing one in the United States. Although a great deal of inquiry was put into the idea, and though it was eventually put before Congress, the actual execution was delayed indefinitely, both due to resistance of the government, as well as the advent of World War I. However, a group called the American Association of Nurserymen worked to set the idea in motion in the 1920s, and by 1924, they had gained enough support to propose a bill. After several re-issuings of the bill, it was finally passed by Congress and brought into law on March 4th, 1927.

In 1958, the Capitol's sandstone columns in the east portico, dating to 1828, were replaced with marble columns. This same renovation led to the discarding of Capitol Stones in Rock Creek Park. The columns remained in storage until 1984. The Department of Agriculture and private donors facilitated displaying the columns at the National Arboretum, where they have stood ever since.

Today, the Arboretum sports numerous plants and exhibits for both research and education of visitors, as well as a Herbarium, and it continues to put forth publications that stem from the Arboretum’s research.