In 1958, the Architect of the Capitol J. George Stewart removed hundreds of sandstone blocks from the eastern façade Capitol Building during a renovation, supported by Speaker of the House Sam Rayburn. The stones were left in Rock Creek Park, and have remained there ever since. They vary in size and purpose, and provide a glimpse into the history of quarrying and carving techniques used on the Capitol building in the 1800s. The site is not maintained by any government body, but is an unofficial and unmarked monument within the park. Subsequent renovations have added to the heaps of stones in the park.

Capitol Stones, courtesy of Architect of the Capital blog (reproduced under Fair Use) 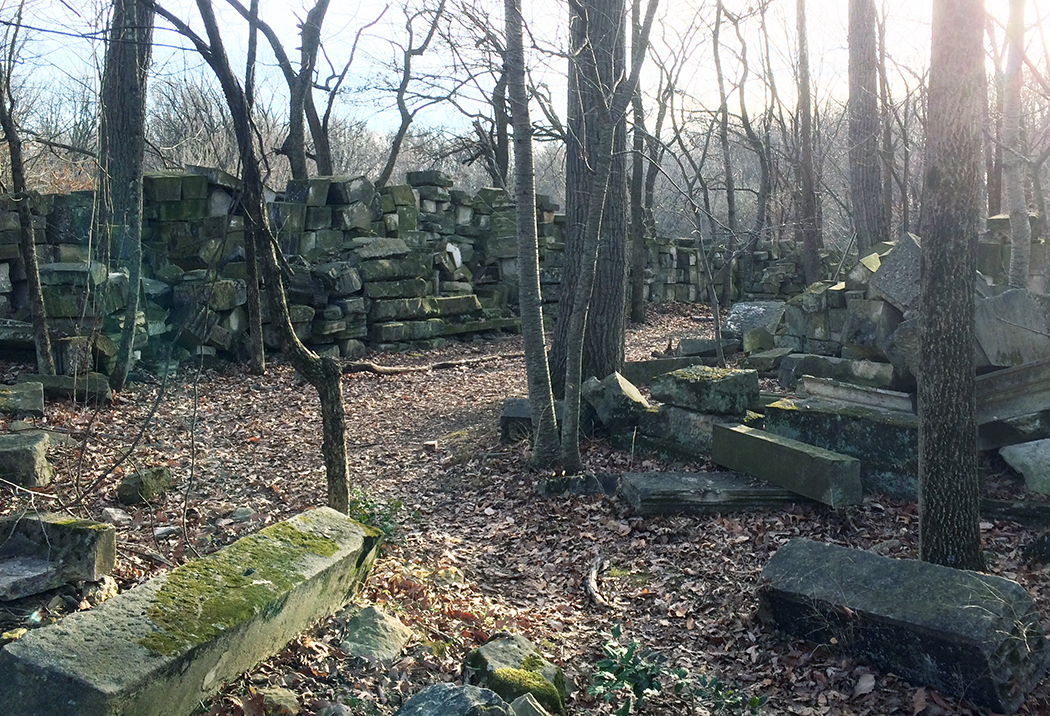 In 1954, President Dwight D. Eisenhower appointed J. George Stewart as Architect of the Capitol. He was a former Delaware Congressman and not a trained architect. In 1958, Stewart advocated for a renovation of the east façade of the Capitol building to create additional office space and a subway terminal. Additionally, he wanted to replace the sandstone with marble. Because of his lack of expertise, the proposal was not popular, but Speaker of the House Sam Rayburn supported the renovation and it went forward.

The demolition and reconstruction took place in 1958 and 1959, with some elements of the architecture being preserved and others discarded. The East Front was taken apart and its portico dismantled. Its columns, which dated back to 1828, were first sent to the Capitol Power Plant and then the National Arboretum. Discarded stones were left in Rock Creek park.

The sandstone and marble blocks in the park were part of the Capitol in the 1800s, with some possibly as old as 1818. The blocks offer a history of nineteenth-century quarrying, building, and carving techniques. Some of the stone is unmarked masonry, but there are some decorative pieces as well. The ownership of the stones is unclear, and the piles have possibly grown larger as a result of other Capitol renovations.