This Greyhound station has served travelers to and from Huntington, West Virginia since 1953. Greyhound service began in the area in the 1920s, operating out of several different stations over the years, before the current terminal was built. It was designed by George D. Brown in the distinctive Streamline Moderne style. Once a bustling transit center, the building deteriorated over time as business declined. In 1994, the Tri-State Transit Authority (TTA) purchased the property for $200,000. The building currently serves as a station for both TTA and Greyhound.

Original Greyhound neon light that is maintained by the TTA for its historical significance and beauty, 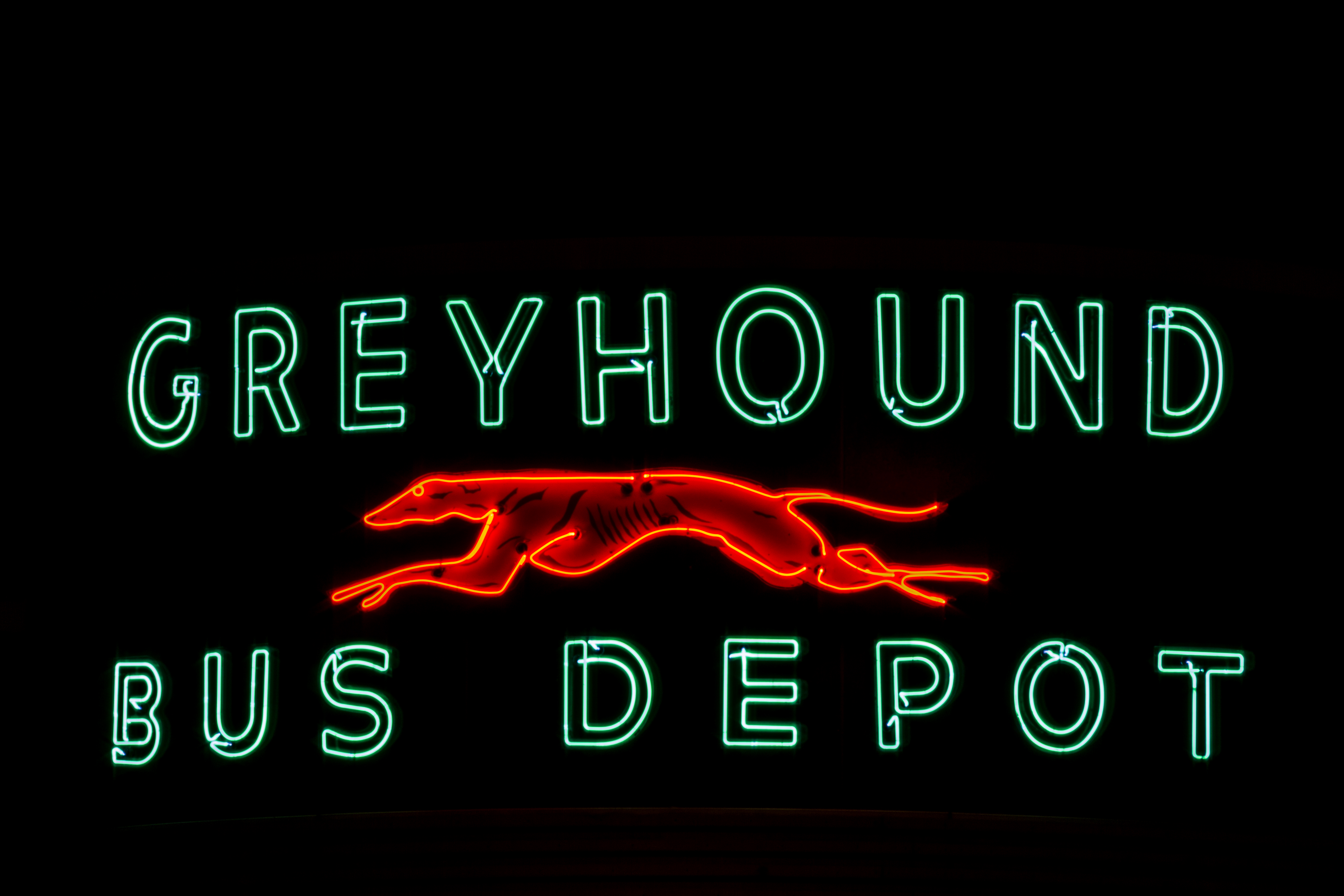 Band Festival parade marching past the Greyhound station, circa 1960s 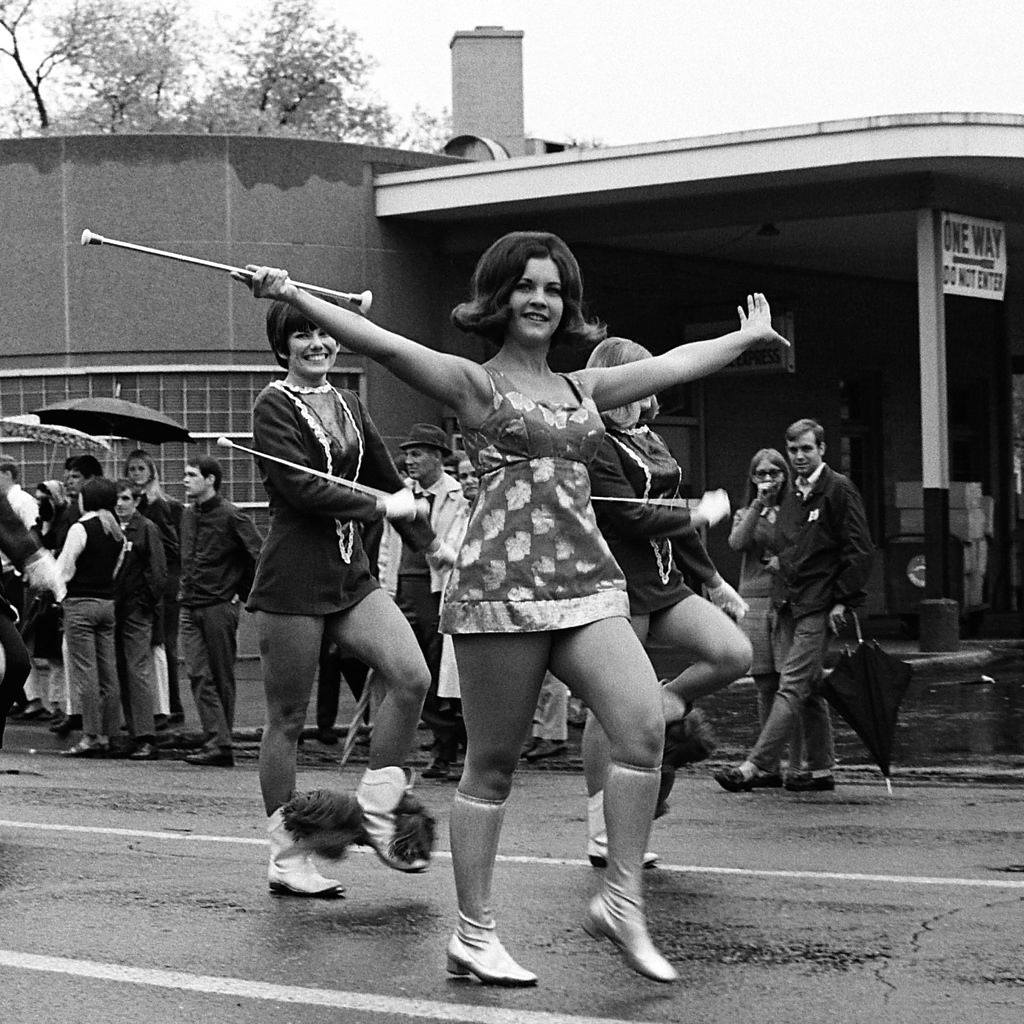 Greyhound Station, Huntington, WV. The building is used as a terminal for the Tri-State Transit Authority (TTA) -- which runs local busses during the day and night -- the Greyhound. 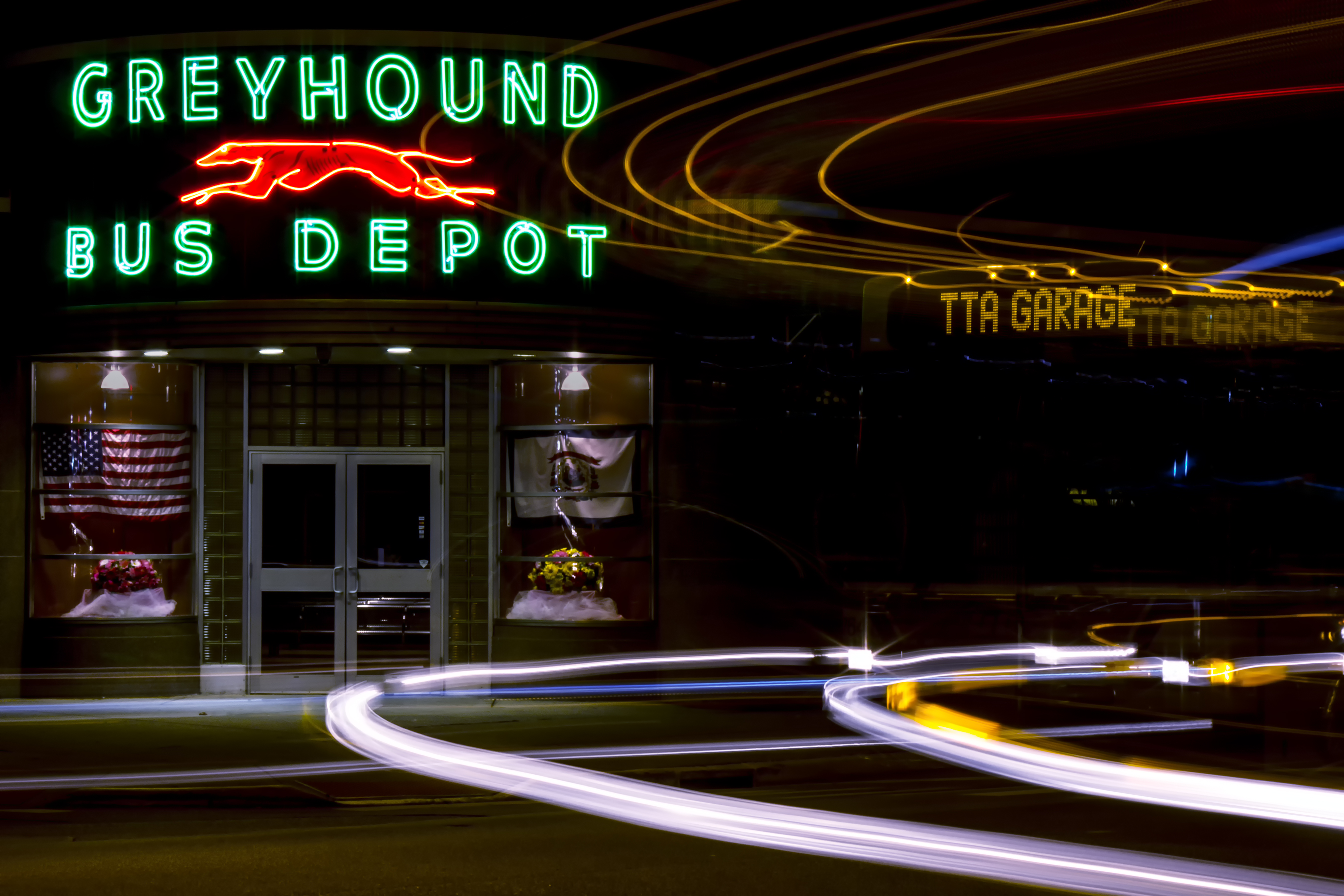 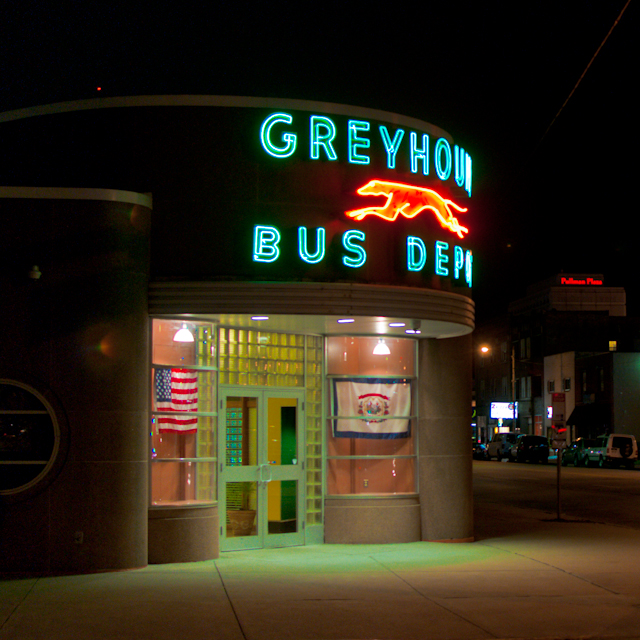 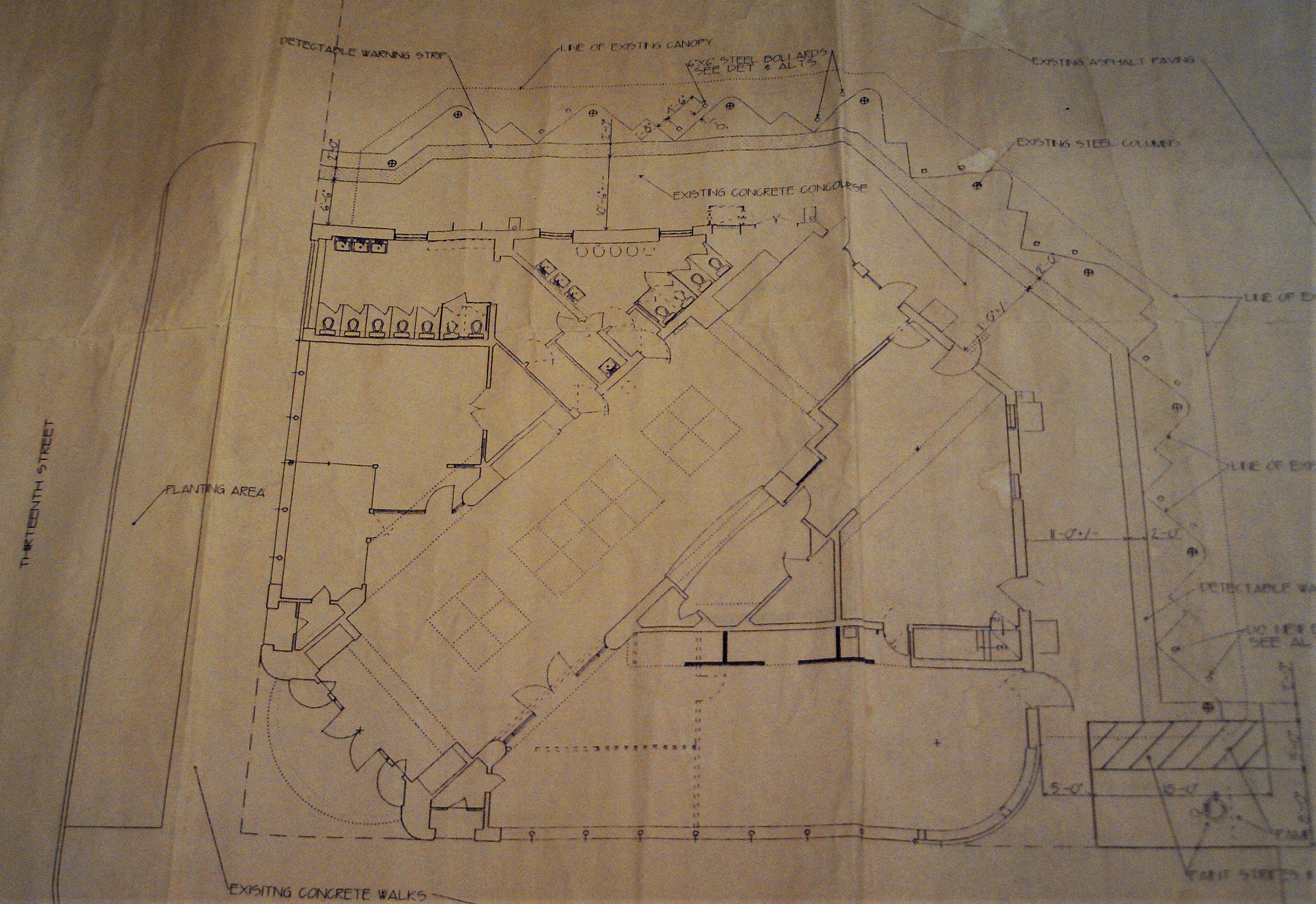 Greyhound service in Huntington began in the 1920s, although several local and regional bus lines were already present in the area. In July 1924, Arthur Hill founded the Midland Trail Transit Company, which combined two pre-existing carriers, the White Transportation Company and the Huntington-Charleston Motor Bus Company, that ran between Charleston and Huntington. Hill was the former secretary and treasurer of the Charleston Interurban Railroad Company. In May 1927, Hill incorporated the Blue and Gray (B&G) Transit Company in Charleston. Two years later, Hill joined with John Gilmer, owner of the Camel City Coach Company, to found the National Highway Transport Company, which became part of the Greyhound system in 1931.

Hill's original bus terminal was located on 9th Street between 2nd and 3rd Avenues. It was then moved to the Hines Building in the 900 block of 5th Avenue before again relocating to the old Lyric Theater on 4th Avenue. Still later, Greyhound operated out of the former Baltimore & Ohio Railroad station, which is now home to Heritage Station. The current Greyhound station was constructed in 1953 at 1251 4th Avenue. It was designed by George D. Brown, a Charleston-based architect who designed many Greyhound stations in the South and Midwest, including several that are now listed on the National Register of Historic Places. Brown designed these stations in the Streamline Moderne style. A subset of the Art Deco style, Streamline Moderne architecture emerged in the 1930s and emphasized curving forms, long horizontal lines, and nautical elements like porthole windows. In the United States, the style was used most often for commercial buildings related to transportation, like bus and train stations, airports, and roadside cafes. Indeed, many Greyhound stations were designed in the Streamline Moderne style in order to evoke the company’s desired image of speed, cleanliness, and modernity.

For many years after its opening, Huntington’s Greyhound station was a bustling terminal, serving countless travelers in the region. However, business declined over the years with the rising popularity of car travel and low-cost airlines, and the station eventually fell into disrepair. Indeed, at one point the building was heated with only a kerosene heater. In 1994, the Tri-State Transit Authority purchased the Greyhound terminal for $200,000. An additional $200,000 was spent to restore the building. At the time, the TTA needed to relocate its busiest downtown bus stop to an off-street facility and Greyhound no longer needed such a large station. The TTA provides bus service to the Huntington, West Virginia and Ironton, Ohio urban area. Ashland, Kentucky, which is served by the Ashland Bus System (ABS), also has limited TTA service to and from Ironton, Ohio.