Originating in Murrysville, the Murray-Beacom House was a historic house. The Penn Township Cabin was a gift from the founder of Murrysville, Jeremiah Murry to his daughter Sarah Murry in 1800. Later, Dr. Alonzo Beacom would grow up and live in the house, therefore the house was given the name Murry-Beacom. The house was reconstructed on Hanna’s Town property from 1993-1995 and was used as a gift shop and visitor center until the Education Center was built in 2019. Today, the Murry-Beacom House is a textile exhibit that holds artifacts that were used to make textiles in the 18th century.

Outside of the Murry-Beacom House 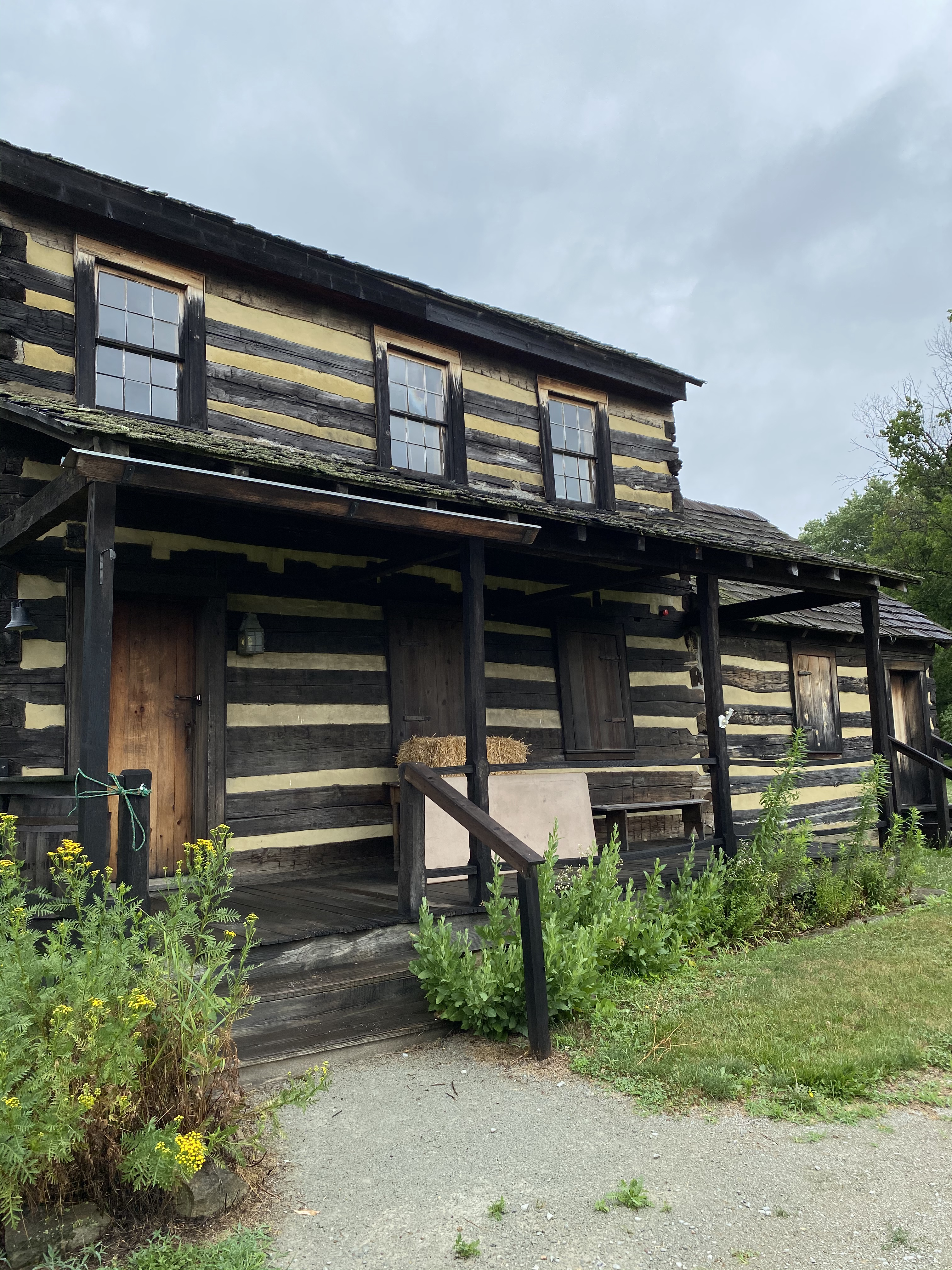 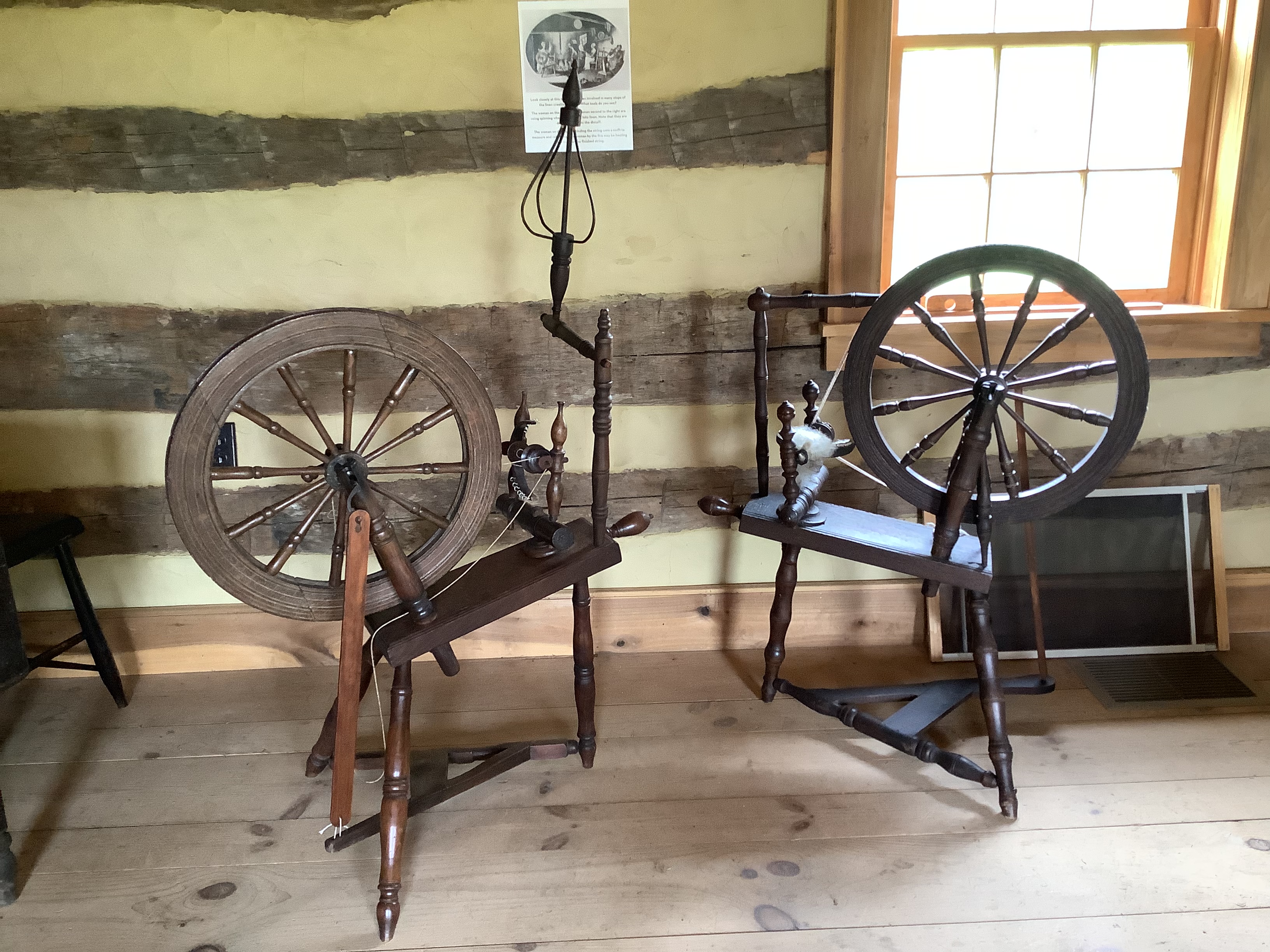 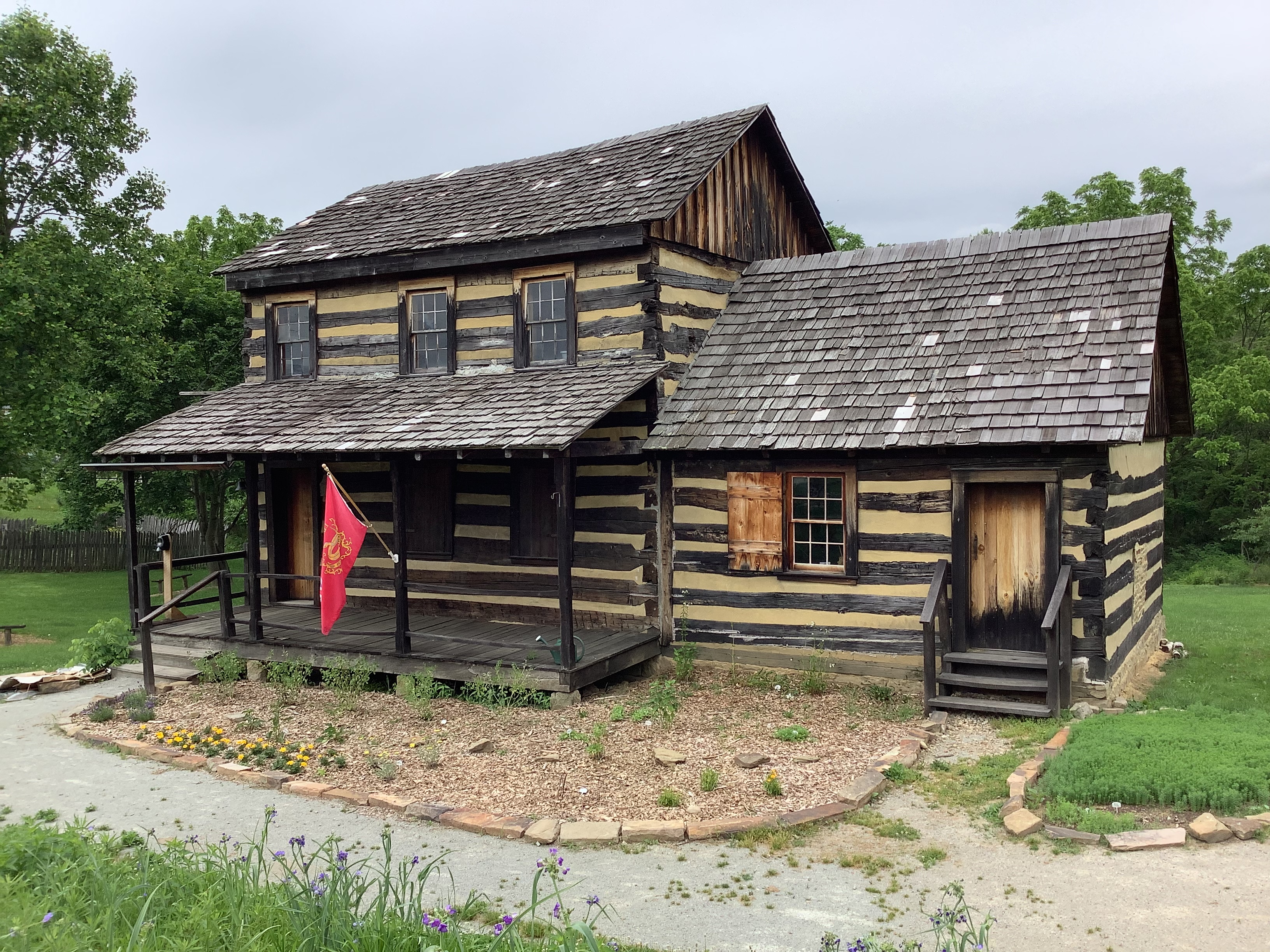 The Murry-Beacom House originated from Murrysville in Penn Township. The founder of Murrysville, Jeremiah Murry immigrated to America in 1783 where he settled in Westmoreland County with his wife in 1785. In 1800, Jeremiah had the cabin built for one of his younger daughters, Sarah Murry. From the Murry family, the house went to the Beacom family where Dr. Alonzo Beacom was born and raised. Beacom was known around the region for his extensive knowledge of medicine. When he eventually moved to Kecksburg, the house remained empty. In 1991, the house went up for sale and a landfill division and waste system was going to purchase the property and demolish the 19th century cabin. Instead of selling, the house was donated to the Westmoreland Historical Society and the Murry-Beacom house was erected at Historic Hanna’s Town in September 1993 and construction finished in 1995

Currently, the Murry-Beacom house is home to a textile exhibit which displays artifacts that would have aided the people of Hanna’s Town in textile production. In the 18th century, flax and wool were used the most in the production of textiles. Textile making was a year-long process that involved the entire community.

Clothes were very tedious and difficult to make and so most people only had one or two outfits to wear. As children grew out of their clothing, they would pass their garments down to a smaller child and they would inherit their next garments from someone who grew out of their clothing. Clothing was durable and suitable for manual labor. It was much more common to patch clothing rather than make new clothing from scratch. Unlike bigger colonial towns, the people of Hanna’s Town made their clothes out of necessity. Clothing was meant to protect people from the sun and heat, from insects, and from scratches.

Garments were typically made of flax and wool. Linen is made from flax and the people of Hanna’s Town harvested flax in the summer and it would be layed out to dry. The fibers were then broken down, scutched, and smoothed. The smooth fibers were spun using different spinning wheels and spindles. From there, the fibers were woven onto a loom shared by the community. Linen was predominantly used for undergarments, jackets, and petticoats because of its lightweight material that was breathable. Wool, on the other hand, came from sheep and was used for garments that went over the undergarments. Wool garments were worn throughout the year because they were light and breathable for the warmer weather and insulated for the cooler weather.