Union Church was established in 1853 by Reverend John G. Fee, the founder of Berea College, on land granted by the abolitionist Cassius M. Clay. The original meetinghouse was located in a grove of trees north of town. With the help of local supporters and other missionaries from the American Missionary Association, Fee's church grew and supported the radical vision of an interracial community. Berea College recruited Black students and Union Church welcomed them into their congregation.

Union Church was established in 1853. The current building was completed in 1922 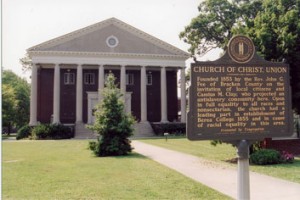 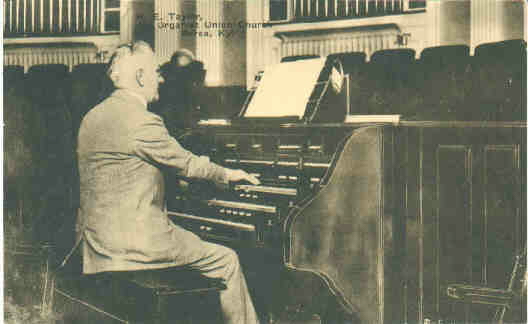 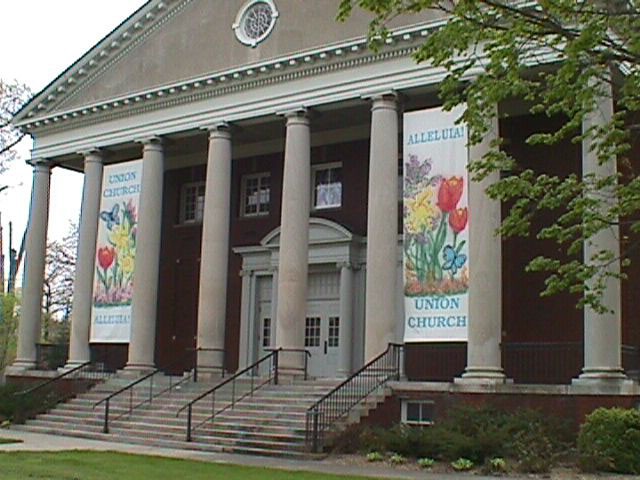 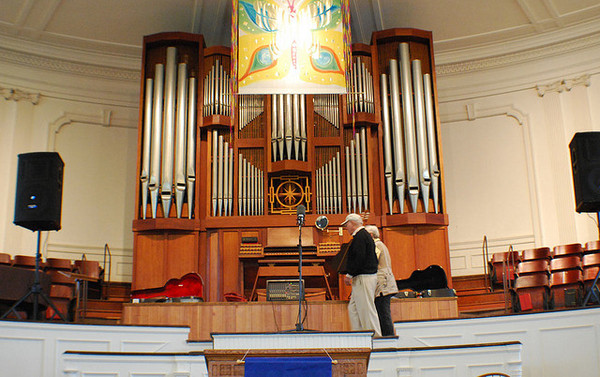 Berea College was founded in 1855 to educate both Black and white students together. Reverend John G. Lee was a native of Bracken County, KY and erected the first one room school in order to advocate for equality and excellence for both men and women of both races.

Between its founding and 1904, African American students made up approximately one third to one half of Berea's student body. Fee's commitment to providing African American's with an education equal to the education that whites were receiving attracted the attention of Cassius M. Clay. Clay believed in the gradual emancipation of slavery and offered a ten acre plot of land to Fee in 1853. It is this plot of land that Lincoln Hall, the future Berea College, was built upon.
In 1904, Kentucky passed the Day Law which mandated segregation halting African-American enrollment at the college. Berea College presented documentation proving how integrated classrooms actually benefitted students. In Berea College v. Commonwealth of Kentucky the Supreme Court ruled that the state of Kentucky had the right to intervene in the day to day workings of the college because it was incorporated by the state. For forty-six years the Day Law remained in effect. It was amended in 1950 by the state legislature, however it only allowed African-American students to enroll if the courses they wanted to take was not offered at the Kentucky State College for Negroes. The ruling from Brown v. Board of Education of Topeka, Kansas removed the last restriction in 1954. During the Civil Rights Movements of the 1960s and 1970s students at Berea College tested the school's commitment to integration.