This Gothic Revival church building was built in 1912-1913 to serve the members of First Methodist Church of Rochester. An earlier building on the site, constructed in 1876, was torn down to make way for this building. The cornerstone of the building bears both dates, 1876 for the earlier church, and 1912 for this building. The Methodist congregation used this building until 1959, when it moved to a new campus. The congregation has been known since the 1920s as St. Paul's United Methodist Church of Rochester. The former Methodist church building is currently the home of Stoney Creek Masonic Lodge #5, the oldest continuously-operating Masonic lodge in the state of Michigan. 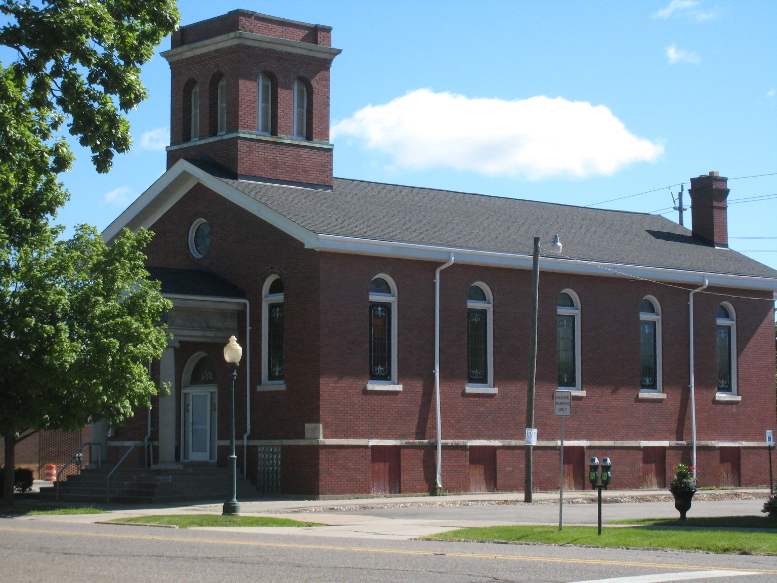 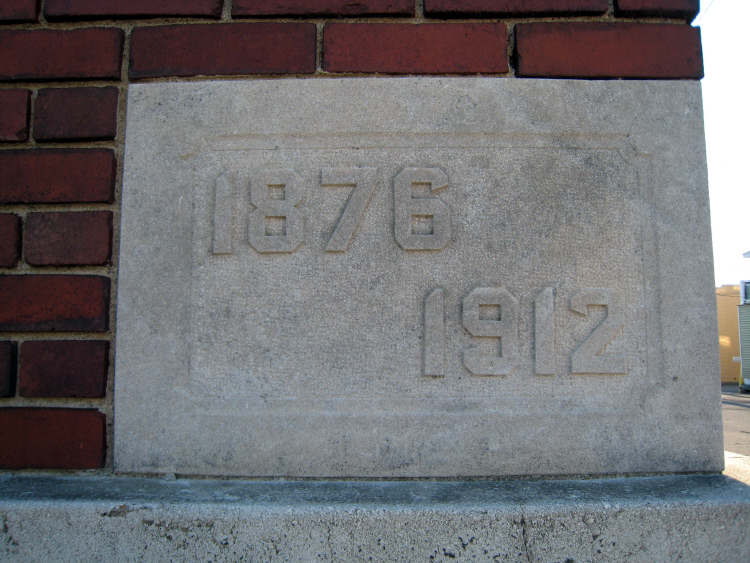 This brick structure was built in 1912-1913 to replace a smaller chapel that stood on the same site and had served Rochester's Methodist congregation since 1876. The Detroit Free Press reported the following item in June 1904: "Plans for a brick church for the Methodist congregation at Rochester, Mich. have been drawn by Architect Harry W. Chamberlain." However, since the construction of the new church did not begin until late 1912, it appears that the Chamberlain design of eight years earlier was discarded. Instead, the congregation hired architect Wells D. Butterfield to design its new building. The Construction News of November 2, 1912 carried this item:

The Rochester correspondent to the Utica Sentinel reported in the paper's issue of November 8, 1912: "Work was begun Monday morning on the tearing down of the M.E. church and breaking ground for the building of a new one." Dedication ceremonies for the new church were held on June 22, 1913.

Architect Wells D. Butterfield (1859-1936) was born in Algonac, Michigan and practiced in Detroit beginning in 1891. He designed more than 65 churches in his career, and partnered with his daughter, Emily, in 1915 to form the firm of Butterfield & Butterfield. Emily Butterfield was the first woman licensed to practice architecture in Michigan.

The congregation was renamed St. Paul United Methodist Church in the 1920s and relocated to a new campus on Romeo Road in 1959. This building was purchased by the Masonic Lodge of Rochester in 1960, and the lodge moved from its former quarters on the second floor of the Masonic Block at Fourth and Main to this location at that time.

"Work has begun Monday morning on the tearing down of the M.E. church...," Rochester Letter in the Utica Sentinel, November 8, 1912, p.5.