Ming’s Restaurant was a mainstay of the Huntington food scene for decades, from its original home in the historic Frederick Hotel to its final location at the Stone Lodge motel on U.S. 60 East. The restaurant was owned and operated by Ming Eng, who immigrated as a teenager from China to Canada, where he became the head chef at a Toronto restaurant within ten years. In 1969, Eng met hotel owner Harold Frankel, who convinced him to come to Huntington to be the chef at the Makiki Club at his Holiday Inn. Eng worked at the Makiki Club for eleven years before opening his own restaurant in the former Elephant Walk Club of the Frederick Hotel. There, Ming’s became a popular eatery that served a combination of Chinese and Polynesian dishes. In 1998, Ming’s relocated to the Stone Lodge Motel, where it operated for another ten years before closing in 2009. Today, Ming’s original location is home to 21 At The Frederick, and the Stone Lodge motel has become the Prestera Center for Mental Health. 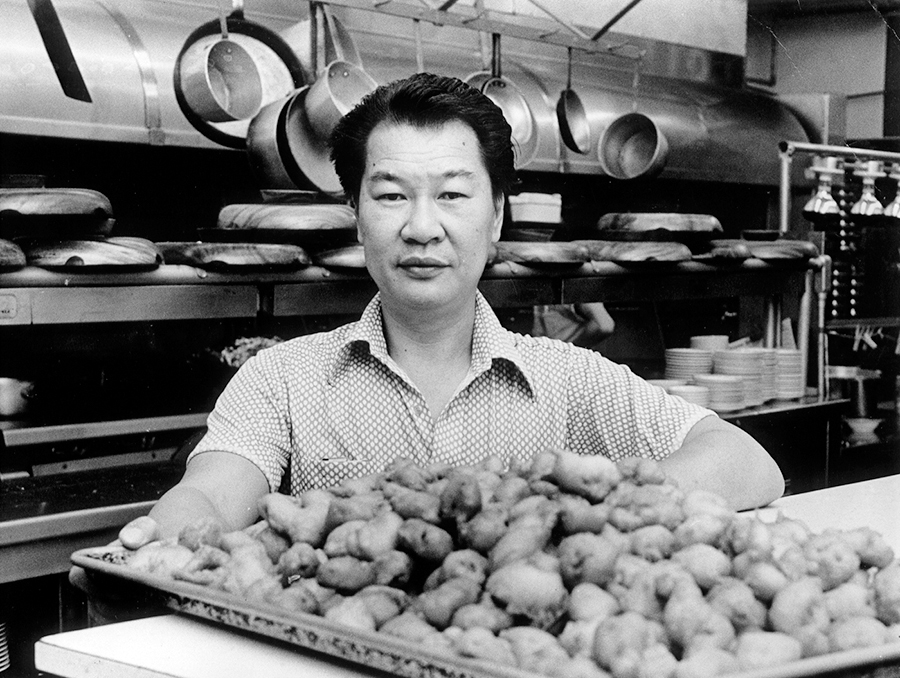 Inside Ming's when it was in the Frederick 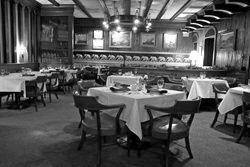 Ad for Ming's while it was in the Frederick 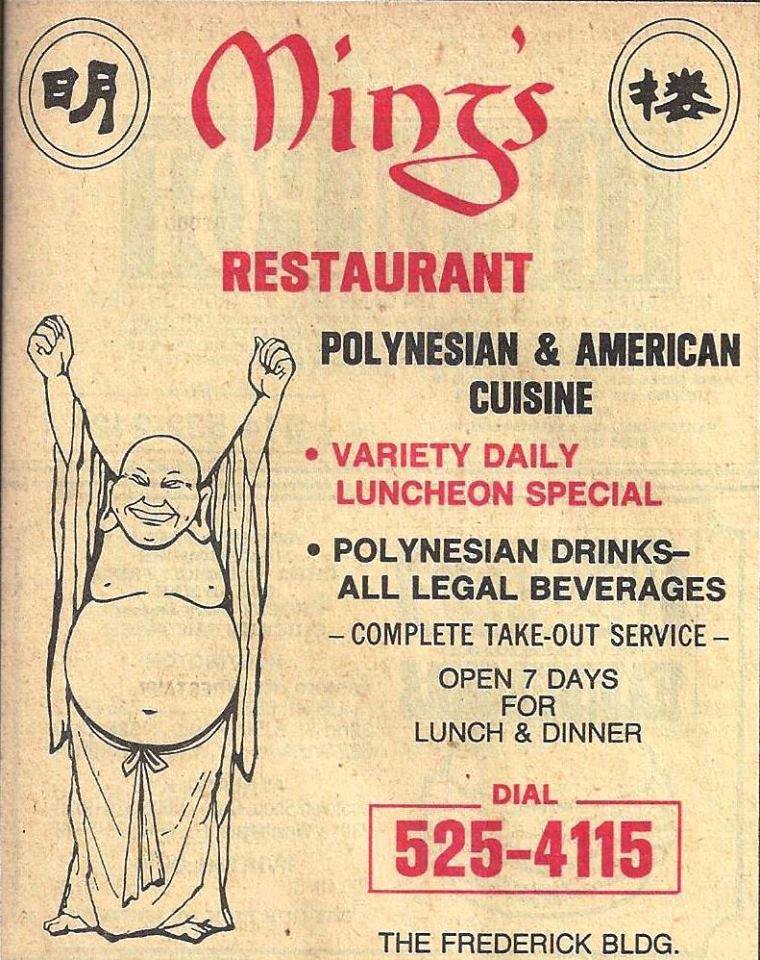 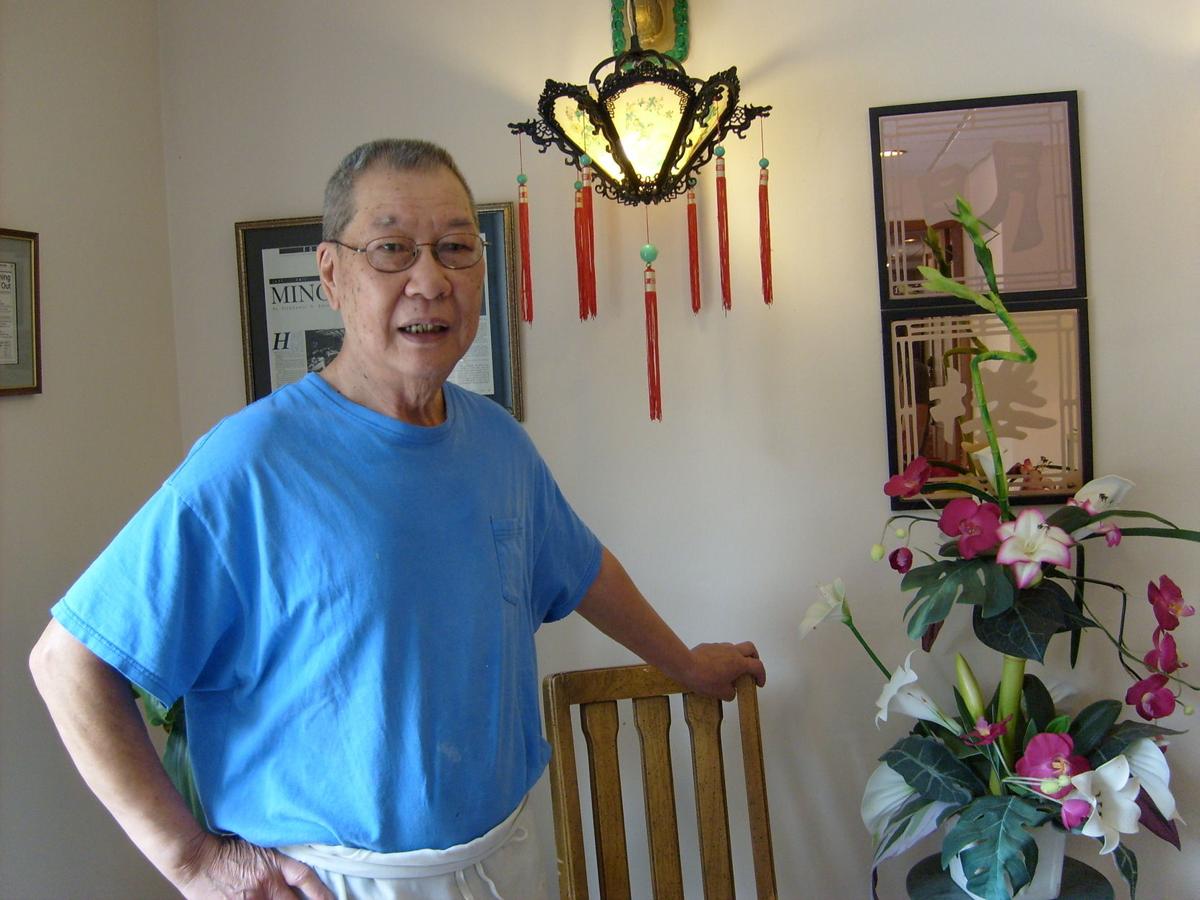 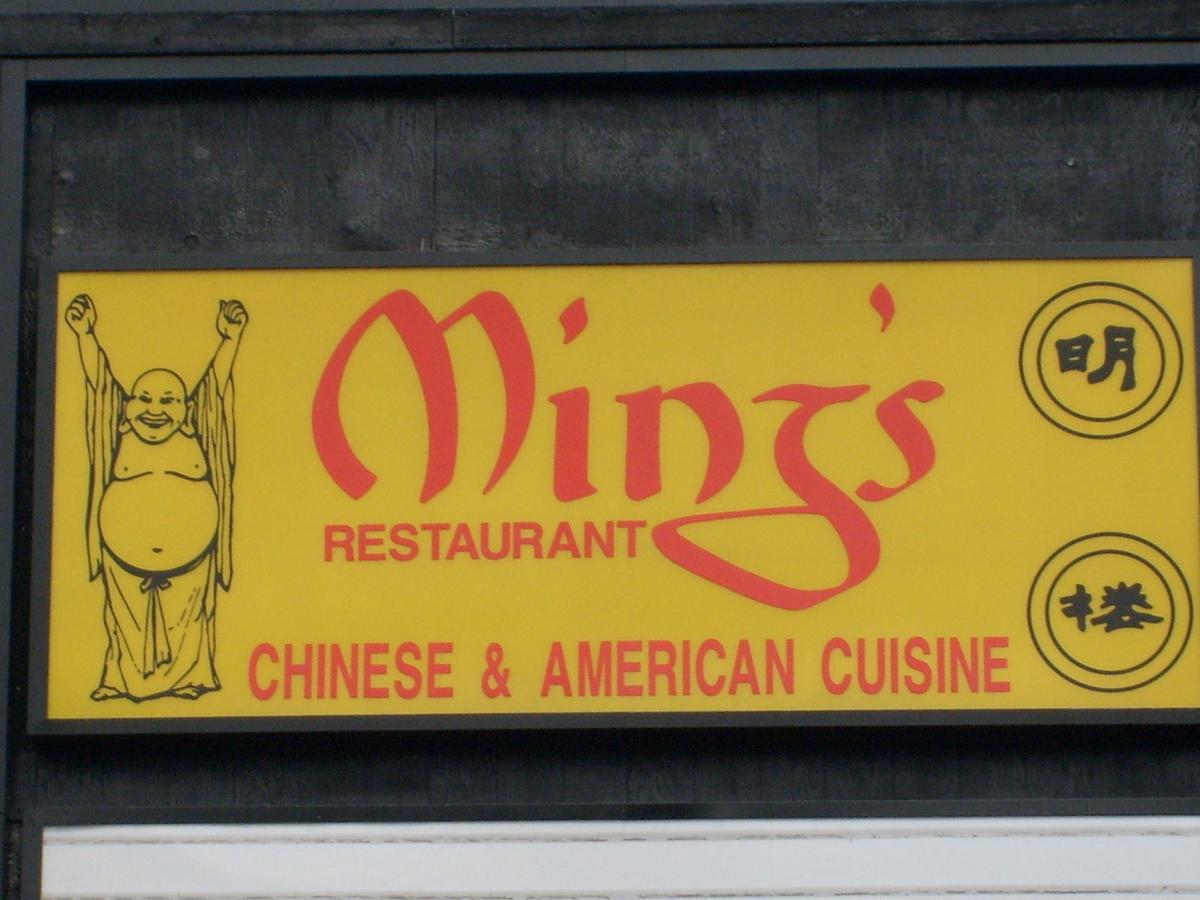 The Pu Pu Platter at Ming's 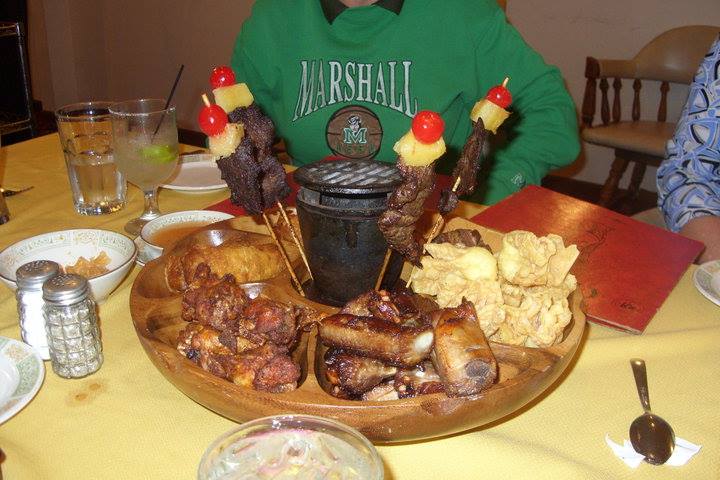 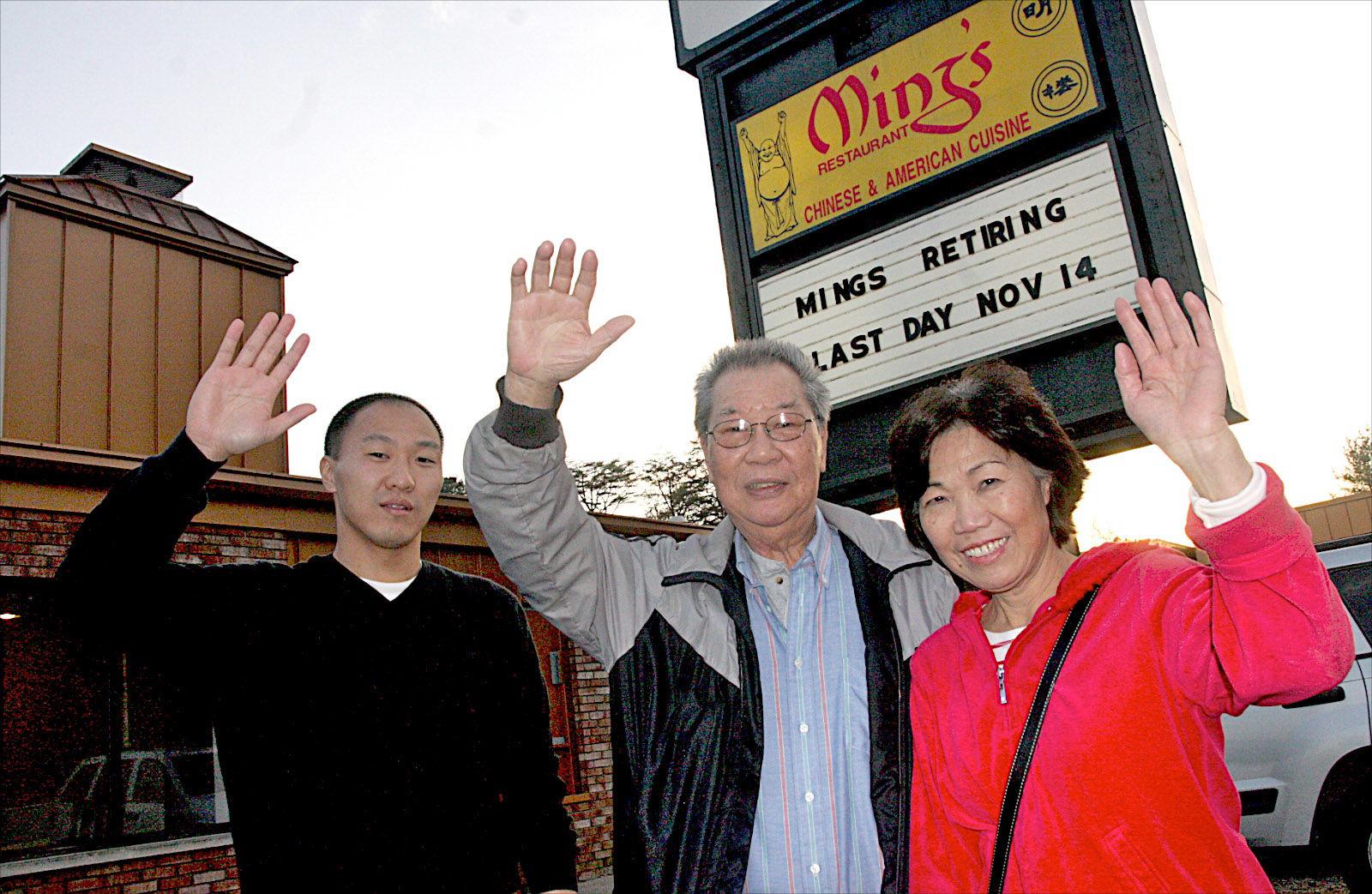 Staff of the Makiki Club, with Ming Eng at left in the white chef hat 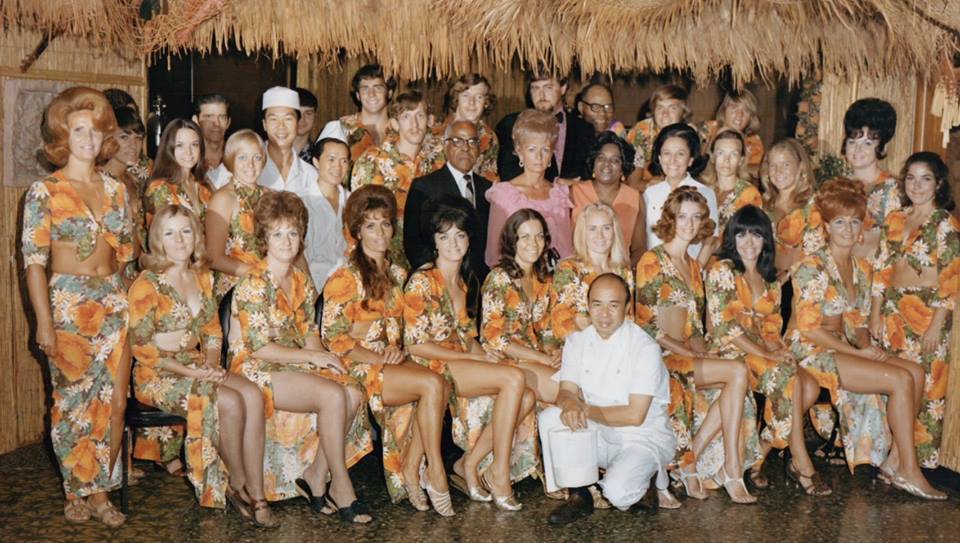 Inside the Makiki Club 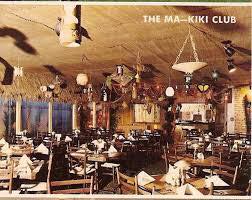 Vintage postcard of the Hotel Frederick 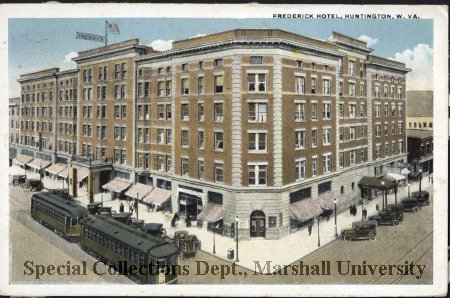 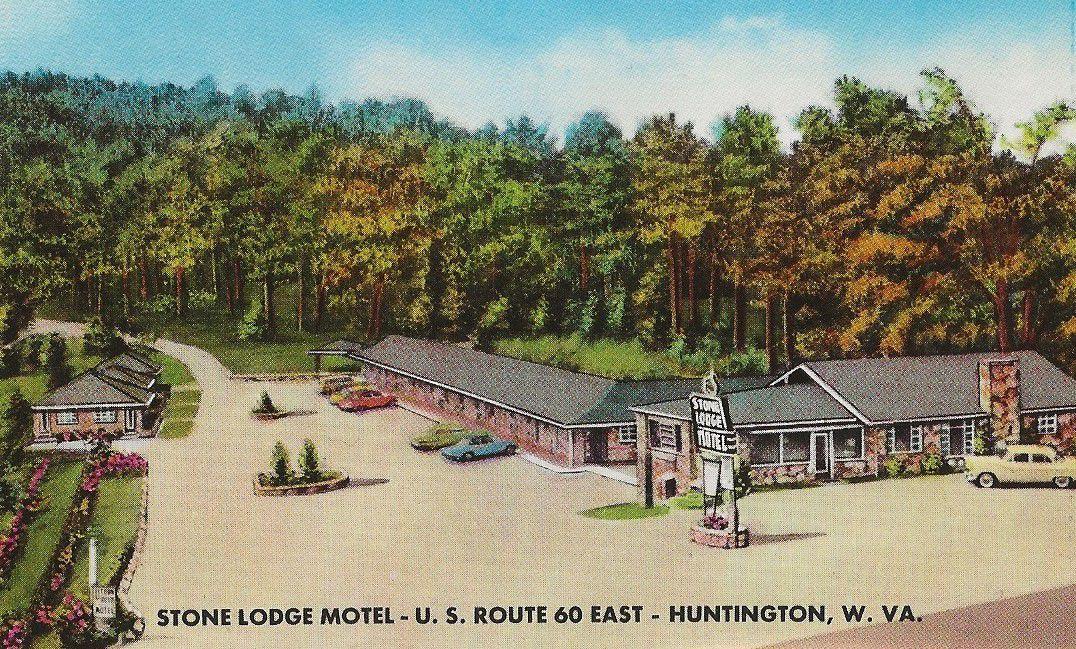 Originally from China, Ming Eng made his way to Hong Kong and then to Toronto Canada when he was just a teenager. There, he and his cousins began working as waiters and busboys, and within ten years Eng had become the head chef of a Toronto restaurant. In 1969, Eng was introduced to Harold Frankel, the owner of the Route 60 Holiday Inn in Huntington. Since purchasing the Holiday Inn in 1965, Frankel and his wife had built it into a successful business along with the Makiki Supper Club, a Polynesian-style bar and restaurant at the hotel. After some convincing, Eng agreed to come with Frankel to Huntington to be the head chef at the Makiki Club. Eng worked at the restaurant for eleven years before the restaurant shut down.

After the Makiki Club closed, Eng opened his own restaurant at the historic Frederick Hotel in downtown Huntington. The restaurant occupied the location of the former Elephant Walk, a private dining club that opened as part of the Hotel Frederick in 1964. True to its name, elephants were a major motif in the club’s decor, including elephant paintings, a carpet with elephant footprints, barstools fashioned to look like elephant feet, and a mural of dancing elephants. When Ming’s took over the Elephant Walk space, which had closed in 1973 along with the Frederick, the owners left the interior intact. Complete with its elephant decor, Ming’s soon became a staple of downtown Huntington, serving patrons a mix of Chinese and Polynesian dishes like Tahitian chicken and egg rolls. Eng and his wife Lisa worked ceaselessly at the restaurant for the next twenty years.

In 1998, Ming’s Restaurant closed at the Hotel Frederick and relocated to the Stone Lodge motel on U.S. 60 East. Opened in 1949 by Paul Taylor and his wife Dilla, the Stone Lodge had undergone several expansions and changes in ownership by the time that Ming’s moved into the motel’s restaurant space. The move offered Eng, who had been working sixteen hours a day at the Frederick, more flexible hours than before. Eng also simplified the restaurant's menu, though it continued to offer many favorites from the original location. Ming’s offered Chinese specialties like sesame chicken and Cantonese lobster, as well as American dishes like sirloin steak and salmon. The restaurant also began selling jars of its sweet and sour sauce from its new location. Ming’s remained at the Stone Lodge for ten years, with a loyal customer base despite new, buffet-style Chinese restaurants that opened in the area.

After over thirty years in Huntington, Ming's Restaurant closed on November 14, 2009. When the sign outside the restaurant announced the news, so many customers came during its final few days that Ming’s ran out of food and was forced to turn people away. Then in his seventies, and having worked fifteen hours a day for decades, Eng was ready for retirement and looking forward to taking his first ever vacation. In 2010, the year after Ming’s closed, the Stone Lodge was sold to the Prestera Center for Mental Health. The purchase of the motel, which had 120 rooms and seventeen cottages, enabled Prestera to consolidate its programs into a campus-like setting. The former Ming’s Restaurant is now the center’s food services building. Meanwhile, Ming’s original location in the Hotel Frederick has been home to the restaurant 21 At The Frederick since 2005.