The entryway at Fort Hill was a part of the original four-room structure referred to as Clergy Hall. Built for Reverend McElhenney, Clergy Hall functioned as a manse or parsonage as the Reverend attended Hopewell-Keowee Church, today known as Old Stone Church. After McElhenney's death, Floride Bonneau Colhoun became the owner of the 600-acre property. When Floride's son-in-law, John C. Calhoun moved to Clergy Hall with his family, they began the process of expanding the four-room home to eventually include fourteen rooms in all. The arch at the end of this space marks the end of the original structure and the beginning of the Calhoun expansions. This room features a number of Calhoun-Clemson era pieces, including, two matching pier tables on either side and the mirrors above, and the marble top pier table and banjo clock in the lower hallway. The wallpaper throughout the hallway is a reproduction of the 19th century American wallpaper with French borders that hung here from 1825-1854. 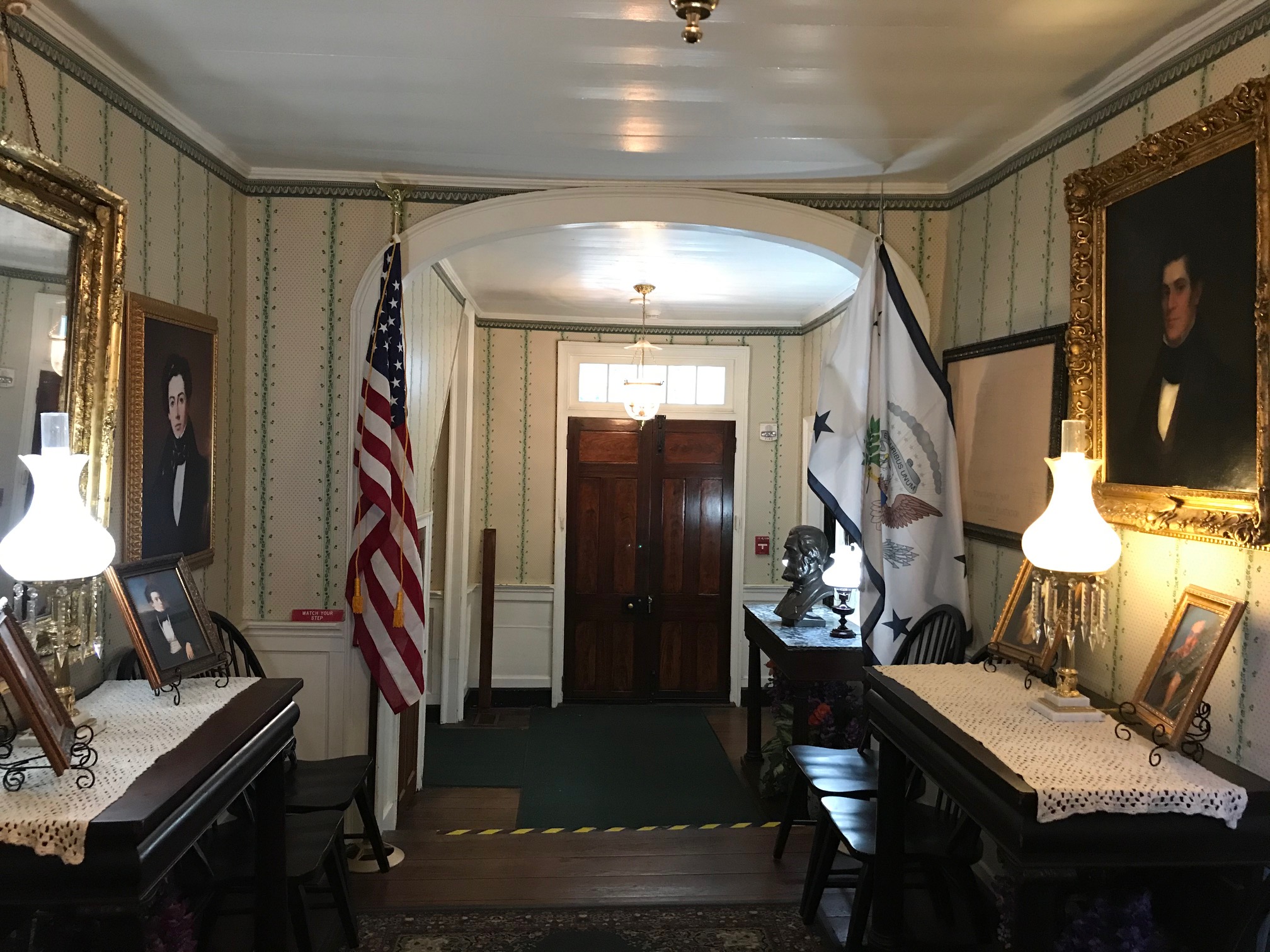 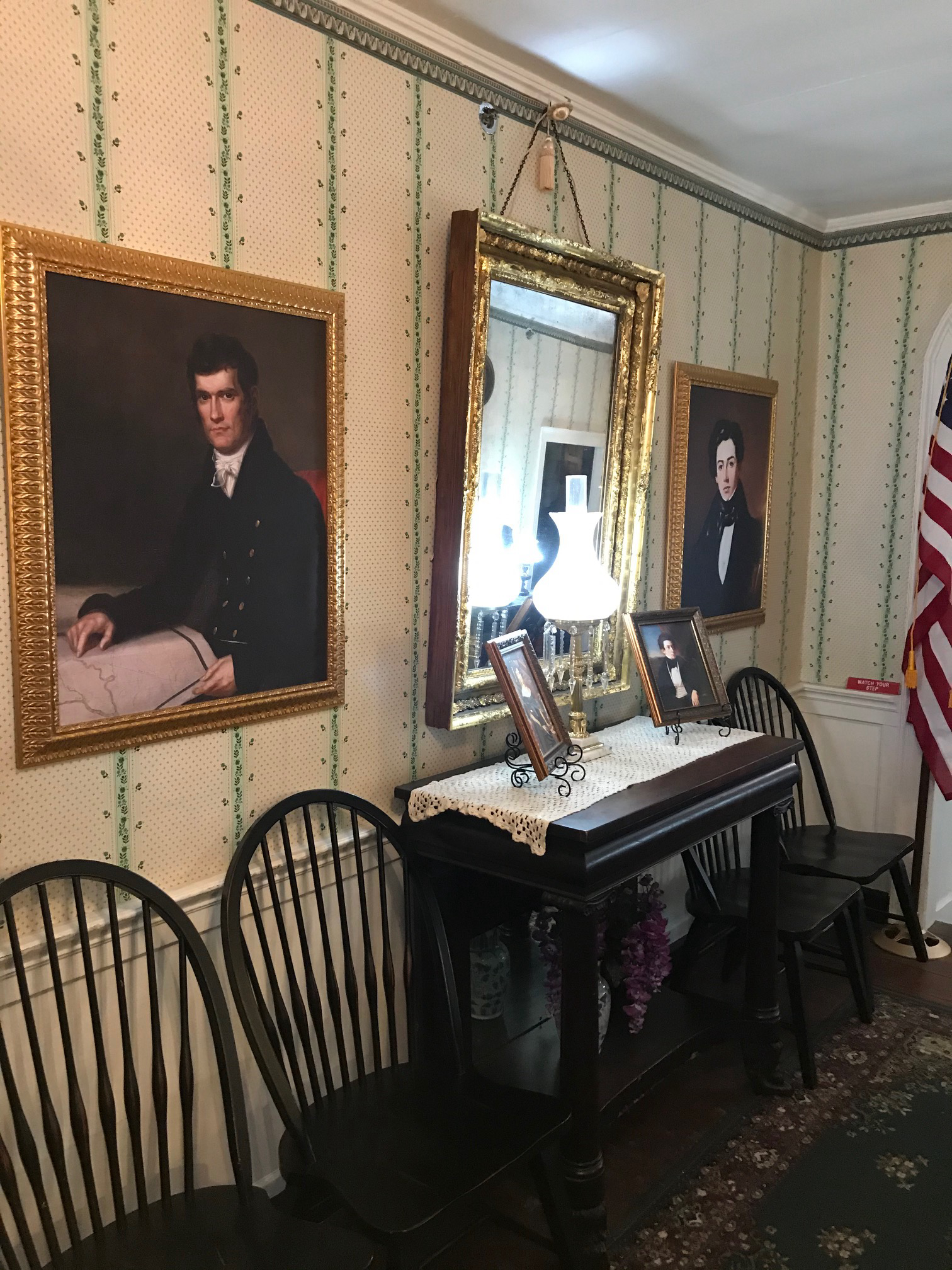 View from the back door 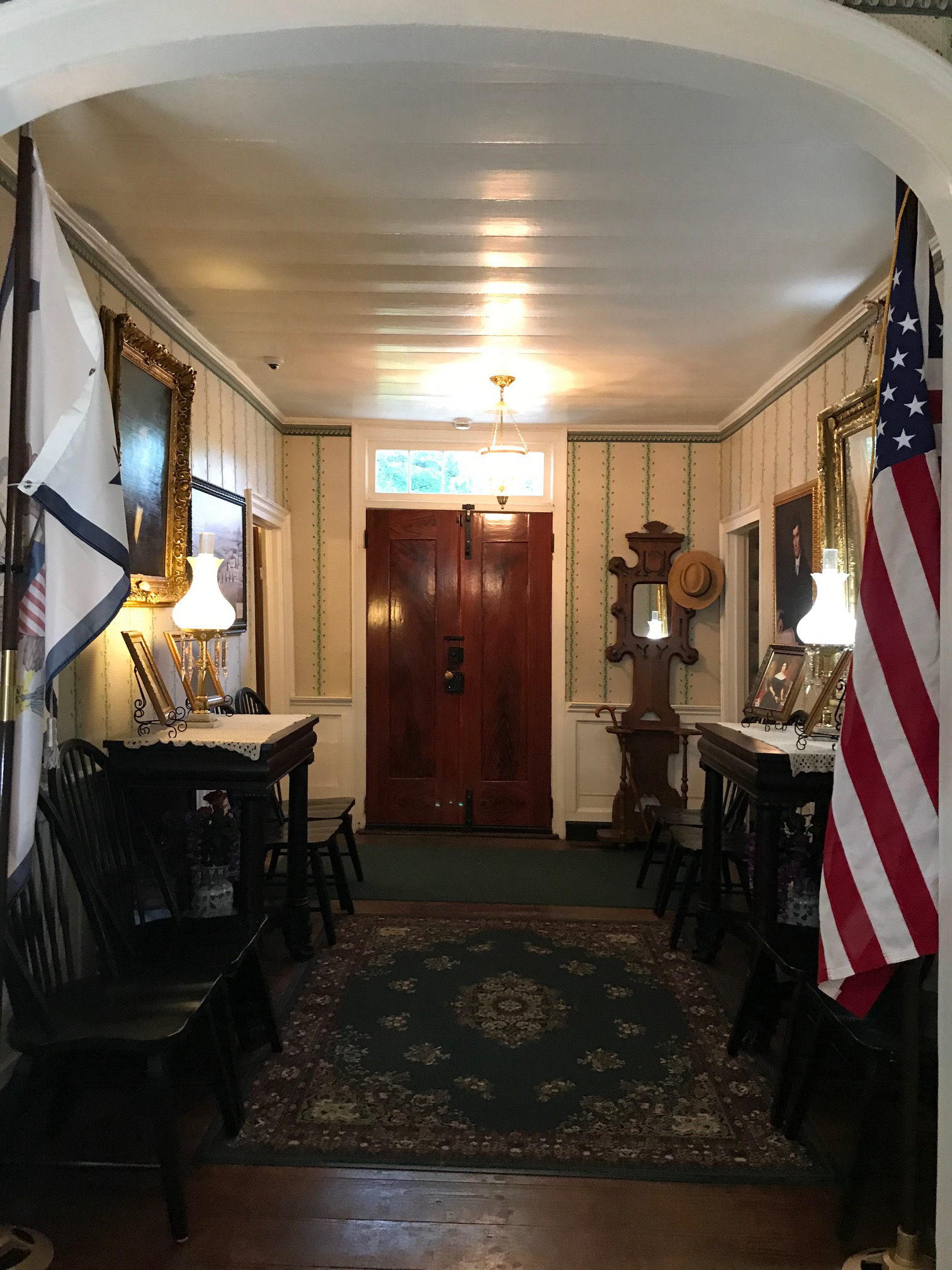 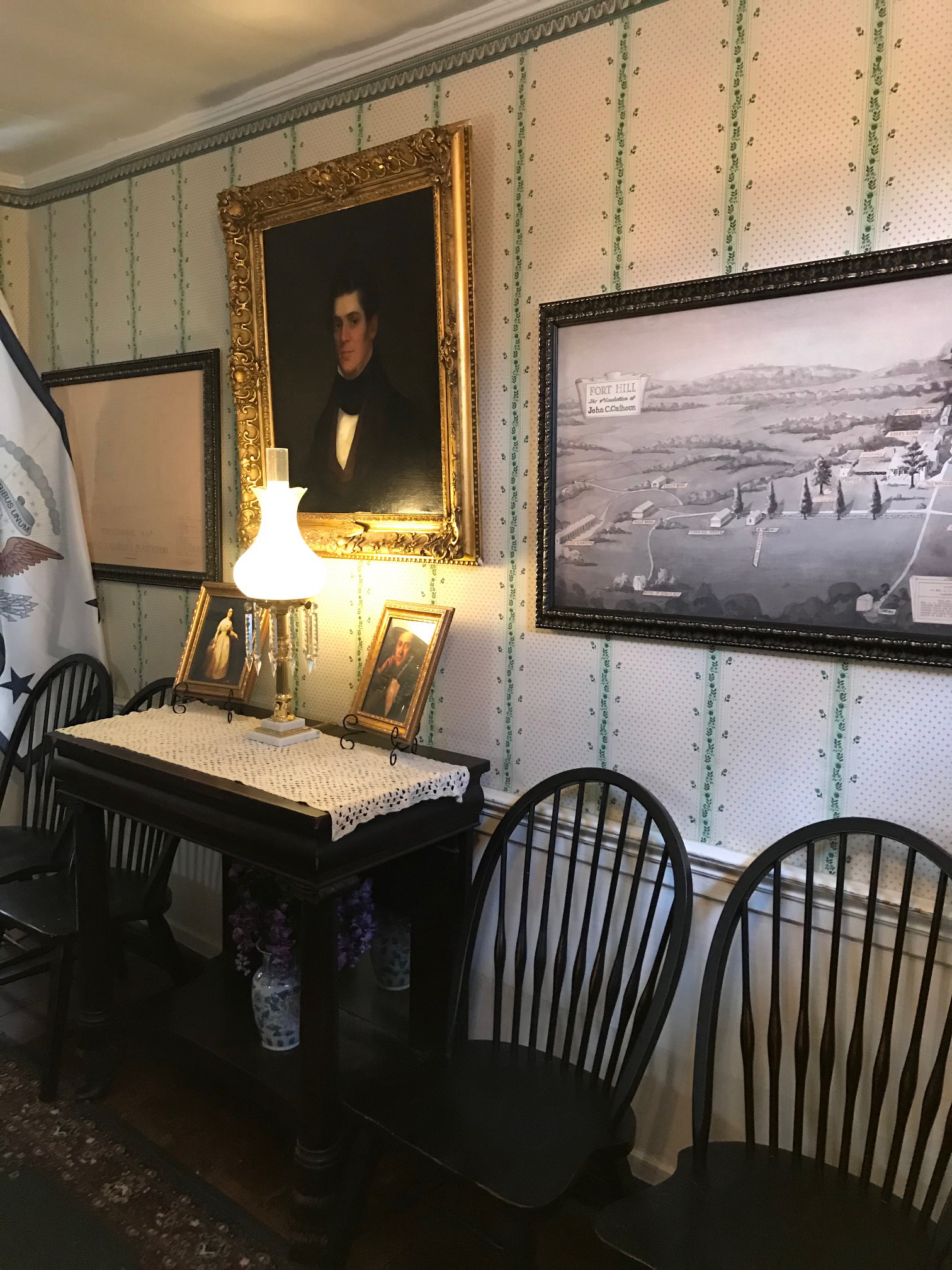 Banjo Clock and a Bust of Thomas Green Clemson 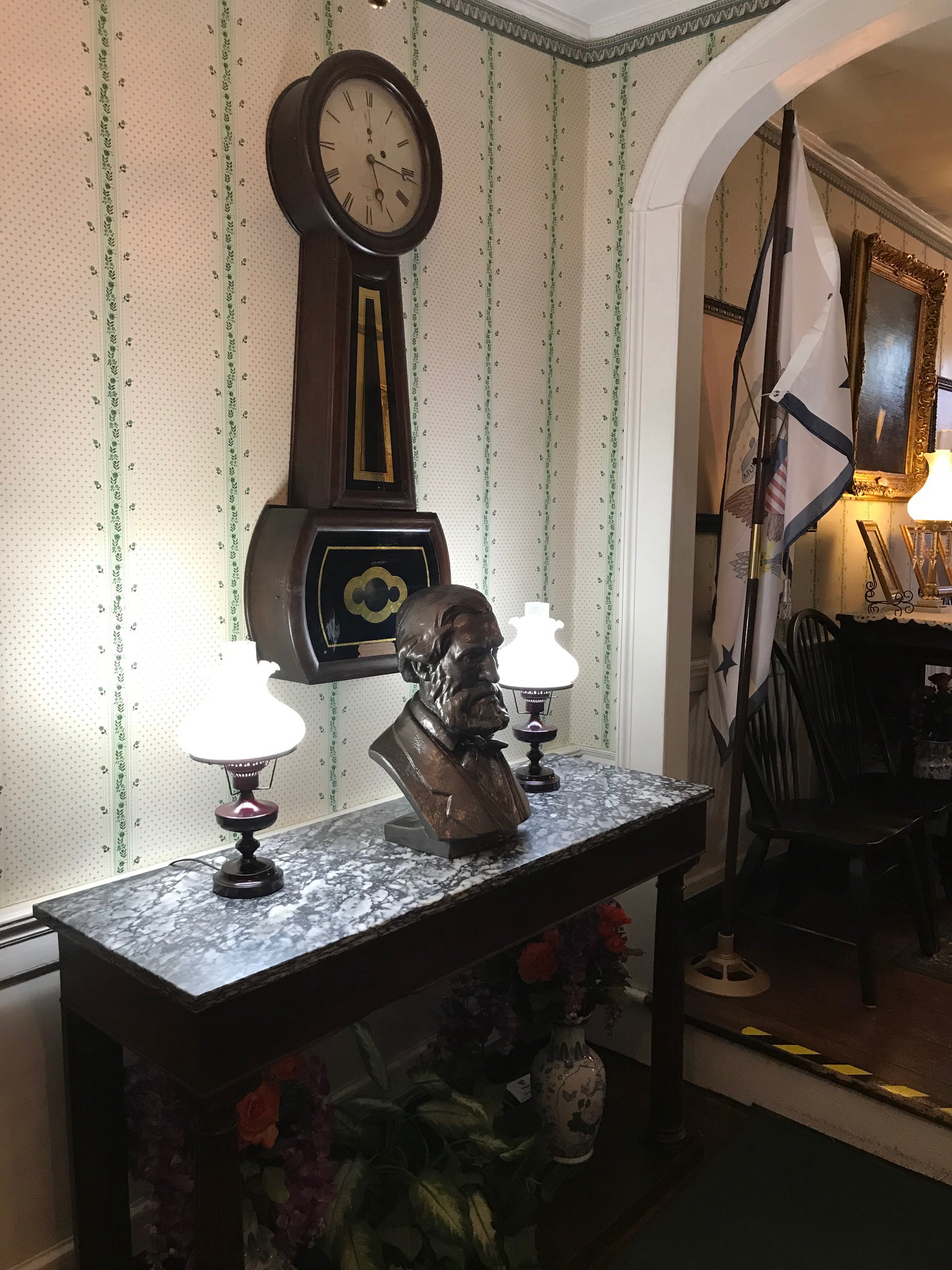 A Native American tribe called the Cherokee were the first to inhabit the land which would become the upstate of South Carolina. The Cherokee lived in settlements called towns and the Lower Cherokee Town of Esseneca was built on both sides of the Keowee River, today Lake Hartwell. After the Revolutionary Way, the former SC Cherokee lands were developed and the first Hopewell-Keowee Church opened in 1791. Rev. James McElhenney from John's Island served as the minister from 1803-1812 and lived in the four-room home called Clergy Hall.

After McElhenney's death, Floride Bonneau Colhoun, the wealthy widow of John Ewing Colhoun, Sr., became the owner of the property where Clergy Hall sat. When Calhoun became the U.S. Vice President in 1825, Clergy Hall began its transformation from manse to fourteen-room dwelling house for a 19th century plantation. The Calhouns had ten children, seven of whom survived to adulthood. Their eldest surviving daughter, Anna Maria, married Thomas Green Clemson and Fort Hill would become their retirement home in 1872. Thanks to Anna Maria's will, Thomas Green Clemson was not only able to create Clemson Agricultural College but also to arrange for Fort Hill's continued preservation and maintenance. Because of his wishes, nearly all the furnishings in the home are either original to the house or to the families that lived there.