This room served as Anna Calhoun Clemson's childhood bedroom and was later used by the Clemsons as a young married couple from 1840 to 1843. During this time, John C. Calhoun fostered Thomas Green Clemson's interest in scientific agriculture. The Clemson's first three children were born at Fort Hill and their two surviving children later moved with their parents to Cane Break plantation in Saluda, S.C. Clemson purchased Cane Break plantation and thirty enslaved African-Americans from his wife's uncle in January 1844. The Clemsons would later travel to Europe for Mr. Clemson's appointment in Belgium where they would live for six years. Mr. and Mrs. Clemson would retire to Fort Hill after the loss of their two children in the summer of 1872, John Calhoun Clemson and Floride Clemson Lee, whose photographs are on display by the bureau. Over the mantel hangs a self-portrait of Thomas Green Clemson. He was approximately six foot six inches tall, which prompted William Knauff to build a custom seven-foot-long bed that sits in this room. The dresser was also made by Knauff. Next to the bed is Anna's Swiss oak sewing table, and the red and white European chairs on either side of the bed were highly prized by Mr. Clemson. 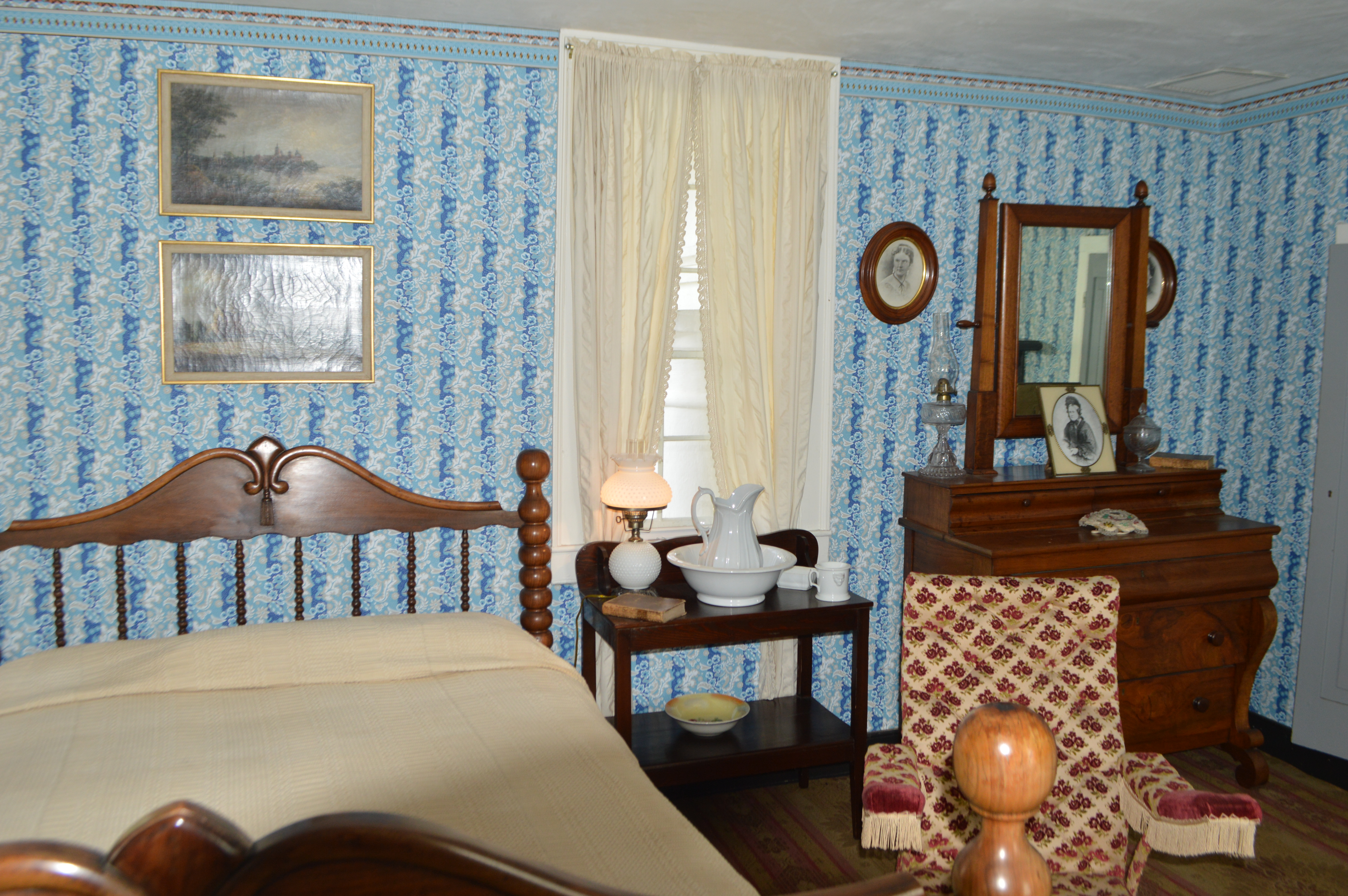 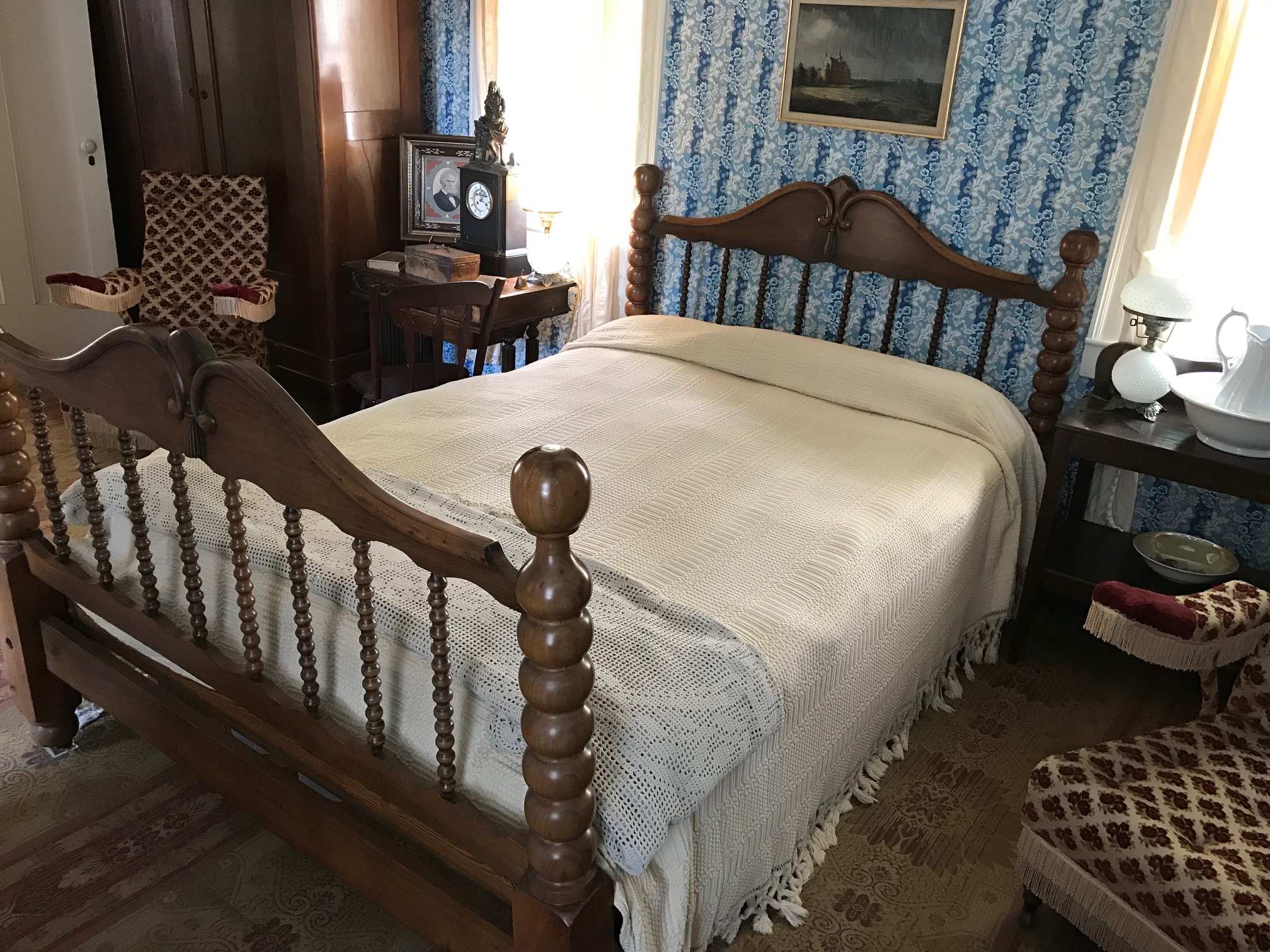 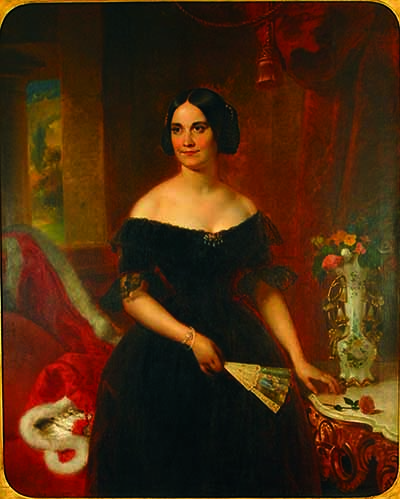 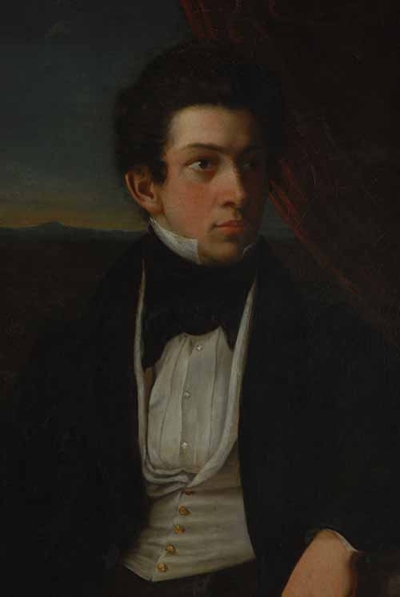 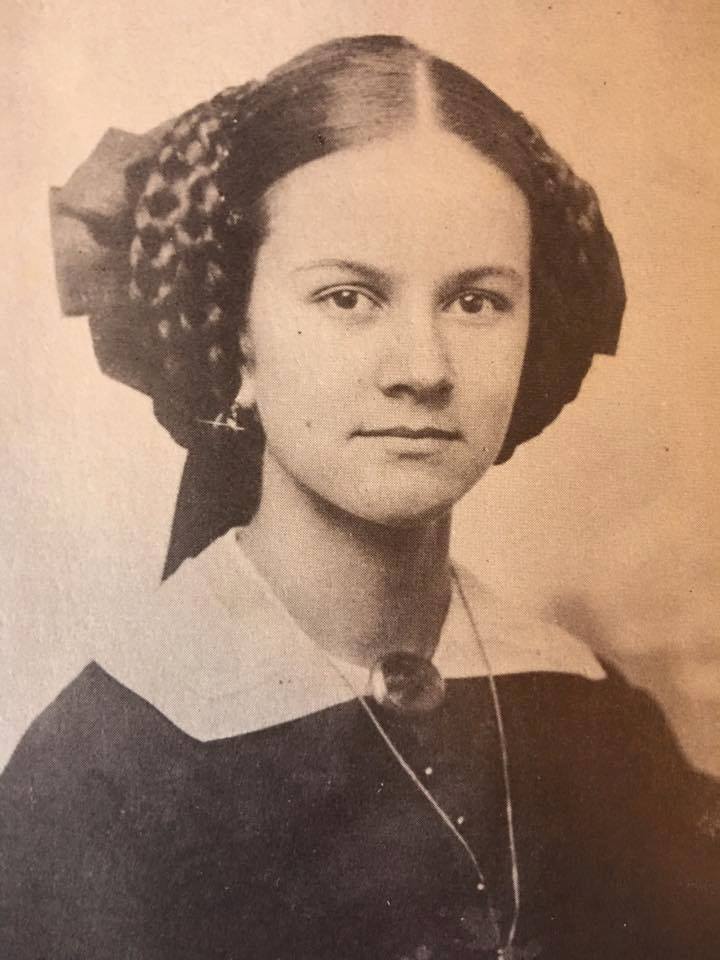 Anna Maria Calhoun was born on February 13th, 1817 at Bath Plantation in the Abbeville District. She was the fourth child, and third daughter, born to John C. and Floride Calhoun. Anna Maria and her sister Martha Cornelia were the only Calhoun daughters to survive to adulthood, and Anna was the only daughter to marry. She attended the female academy in Edgefield, S.C. before enrolling at the South Carolina Female Collegiate Institute in Barhamville, near Columbia. At this women's college founded by Dr. Elias Marks and his wife Jane Barham Marks, the course of study was rigorous. Two of her classmates were Ann Pamela Cunningham, the founder of the Mt. Vernon Ladies Society, and Martha Bullock, the mother of future President Theodore Roosevelt.

Anna Maria and her father were very similar in many ways. In one letter to Anna Maria, Calhoun wrote:

My dear Anna, Were it not for your letters, there are a thousand incidents that are daily occurring, where every

incident even the smallest, is interesting to me, of which I should remain ignorant. Your Mother and Brother write

me on grave subject of business, or what relates to the welfare of the family; but you fill up the interval with those

little, but to me interesting details, which is so agreeable to an absent father to know. Were it not for you, I would

not have heard a word about the Humming bird, their familiarity, the vines, their blooms, the freshness of the

spring, the green yard, the children’s garden, and finally Patrick’s mechanical genius & his bateaux, every item of

which excited agreeable associations, but accompanied with the painful recollection of my long absence, from

Calhoun engaged with Anna Maria on an intellectual level and encouraged her study of, though not participation in, the politics of her time. In 1834, Anna Maria began working as her father's copyist, living with him in Washington, D.C. at times.

In the spring of 1838, Anna was living in D.C. with her father at the same time Thomas Green Clemson was visiting on business. They met through a mutual friend and began a six-month long courtship which culminated in their wedding on November 13th, 1838 in the parlor at Fort Hill. The newlyweds lived in Philadelphia with Mr. Clemson's family before returning to Fort Hill in 1840. Their first three children were born at Fort Hill. An infant daughter, whose name has not been discovered, died three weeks after her birth in 1839 from a fever epidemic which claimed the lives of several neighbors and enslaved African Americans at Fort Hill. On July 17th, 1841, Anna Maria gave birth to her only son whom they called Calhoun to distinguish him from the other Johns in their family. December 29th, 1842, saw the birth of their second daughter named for her two grandmothers, Floride Elizabeth. Two enslaved African American women, mother and daughter, Daphne and Susan, aided the Clemsons in caring for the children while they lived at Fort Hill. Susan was later given to the Clemsons to serve as a full-time babysitter for their children.

In 1844, John C. Calhoun became the Secretary of State under President John Tyler. When a diplomatic post to Belgium came open, Calhoun submitted Thomas Green Clemson for the position. Clemson happily accepted and became the charge d' affaires to Belgium in the Court of King Leopold I. The Clemsons lived in Belgium for six years and the formal portraits of Anna, Calhoun, and Floride which are on display in the parlor at Fort Hill were painted during their time in Europe. After the Clemson family returned to the United States, they moved to Maryland in the years before the outbreak of the Civil War. Anna managed The Home in Maryland along with its small farm. On October 3rd, 1855, Anna Maria gave birth to her fourth child, Cornelia, or Nina as they called her. Nina died of scarlet fever in 1858 at only three years old. A death mask was made of Nina and American sculptor, Hiram Powers, used the mask to make a marble bust of the child. The bust is still on display in the parlor at Fort Hill today.

At the beginning of the Civil War in 1861, Thomas Green Clemson and his son Calhoun joined the Confederacy. Calhoun was captured on September 9th, 1863 in Mississippi and imprisoned for eighteen months. Anna campaigned for permission to visit her son at the federal prison on Johnson Island in Lake Erie. She was successful in her endeavor and visited Calhoun behind enemy lines. At the war's conclusion the Clemson family reunited in Pendleton, S.C. at Floride Calhoun's home, MiCasa. On August 1st, 1869, Floride Elizabeth married Gideon Lee at St. Paul's Episcopal Church in Pendleton. The couple would go on to settle in Carmel, New York and the Clemsons' only grandchild, Floride Isabella Lee, was born on May 15th, 1870. On July 23rd, 1871, Floride Clemson Lee died from a lingering illness in her home in New York. Her brother, John Calhoun Clemson, would die tragically in a train accident in Oconee, S.C. eighteen days later. In the summer of 1871, Anna wrote her will that stated everything she was set to inherit from her mother, her brother Patrick and her sister Cornelia would pass to her husband provided he died with a will. Without his will, everything Anna inherited would pass to her granddaughter. In January 1872, the Clemsons retired to Fort Hill where they would live together for only three short years. On September 22nd, 1875, Anna Maria Calhoun Clemson died from a sudden heart attack. Anna’s wish for her husband to preserve her parent’s home, Fort Hill, and to use the estate’s land, her land, for a state agricultural college would come to fruition.

Bleser, Carol Ed. In Joy and In Sorrow: Women, Family, and Marriage in the Victorian South, Oxford University Press, 1991